Offshore 10/2 didn't suck, WFO Skippies and YT, and a bonus

Short Version:
Ridiculous Cabo like weather, non-stop Skippies, non-stop firecracker Yellowtails and a bonus Dodo on the 9 mile bank and a little outside. These fish were starving, and on suicide watch.

Long Version:
Fished solo launching at 7AM from Dana Landing, picked-up a scoop of bait (fresh off the bait boat) of mainly 4 inch sardines, with 10% 6 inchers. Bait surprisingly lasted all day. Plan was to head to the N9 and start looking for signs. Heading out conditions were great, slight texture and 1-2 swell. Got to the N9 in short order and continued to look for signs. Just some birds on the water or milling about, no paddies. After running around on the outside edge for 15 minutes, decided to put out the trollers, two rapalas, a mexican flag jet head, and purple and black daisy chain. Within 5 minutes daisy chain is hooked up with a skipping skippy. Dump some bait, then it was catch and release on all the skippies you wanted, bait, jigs, didn't matter. They were parked in the shadow of the boat waiting for anything. Got bored with this, so decided to move on and put out bigger jigs in hopes of avoiding the skippies. That lasted about 20 minutes, then it was a repeat of the last stop. After my fill of skippies i decided I needed to find the golden paddy. Ran south on the 9, then ran west until the golden paddy was off in the distance with birds sitting on it. Being the only boat in sight, took my time got things set-up and started the first drift after dumping some bait. The fire cracker tails charged the boat and were literally fighting each other for the baits. It was silly fishing, had to pull the bait out of the smaller fishes reach in hopes for something bigger, that's when the Dodos showed up! Now that's what I want. Started using my biggest baits to get past the firecrackers. These fish were so hungry, they were in the corner of the boat and I just tossed the bait to the dodo, hook-up! Got the fish in the boat, and that's when jerkhead dog showed up and chased everyone away....
Ran outside and found a few more empty paddies then came back to the original paddy thinking the fish have probably settled back in. Sure enough more firecrackers, but I think the dog chased the dodos out of dodge. Fished until I got bored and kept the deep throat hook-ups. Caught fish on bait, flat falls, megabaits, didn't matter. Was hoping the YFT would come up from the deep, but no such luck.
Get out there now if this sounds like fun, because these fish are hungry, and it seems like there is no bait left to support them. 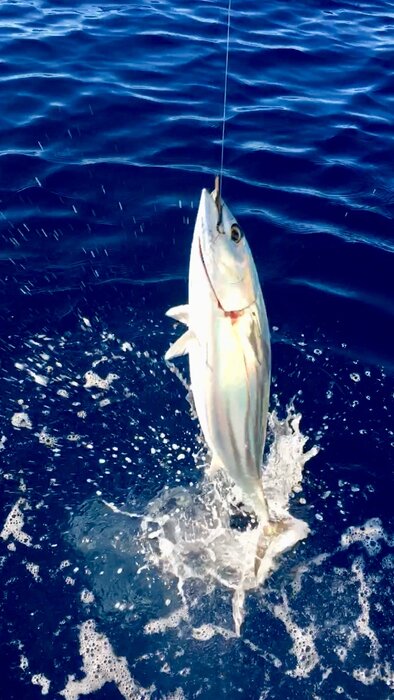 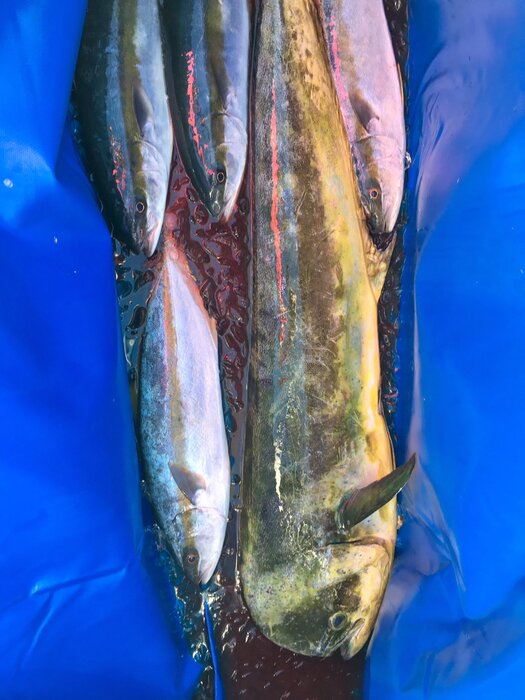 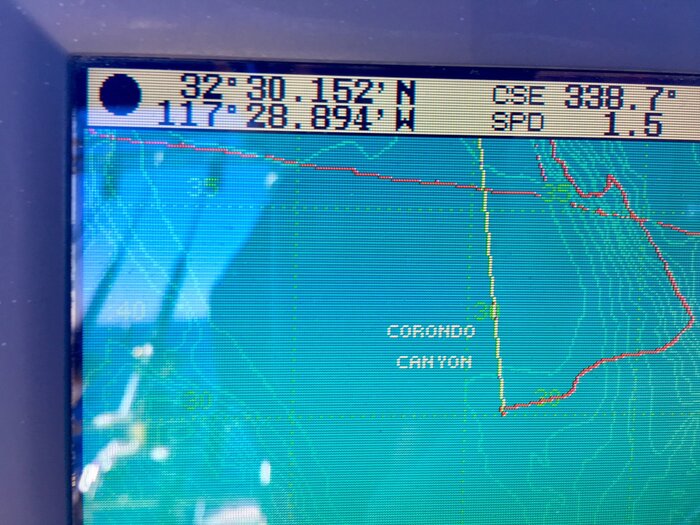 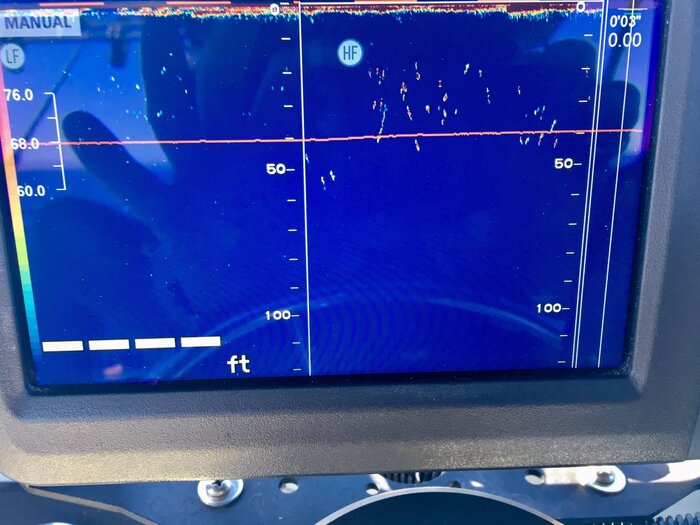 Awesome
Thanks for letting us know
Upvote 0

Awesome! Thanks for the report.
Guessing you meant Nov 2nd?
Or was this early October and a late report?
Reactions: Bottom Line
Upvote 0

Amazing day it seems.
Not a solo trip anymore. I felt like I was there with such a great report.
Last edited: Nov 4, 2018
Upvote 0

I was out in the same area with the same story.
Thanks for the report
Toggle signature
The Killer in me is the Killer in you
Reactions: Microbait, duckbutter6a, JustOneCast and 1 other person
Upvote 0

JustOneCast said:
Awesome! Thanks for the report.
Guessing you meant Nov 2nd?
Or was this early October and a late report?
Click to expand...

Way to go. Fun time single handed!
Toggle signature
If you stay on a boat long enough you are bound to catch a fish!
Upvote 0

Dude nobody likes a show off
Upvote 0
P

Nice day of fishing! Thanks for the report.
Upvote 0

Outstanding way to go!
Toggle signature
Thanks for your report. Hook up! Cory
Upvote 0
Show hidden low quality content
You must log in or register to reply here.