My friend Jesse said he couldn't wait any longer. He needed to take a shot at the BFTs. So we booked two spots on the Outrider going out last Sunday night. Another 3 guys signed up. That ended up to be it. The Outrider usually takes 10. We just lucked out on a very, very light load with just the 5 of us. The usual departure drill: Head out at 7, bait up, hit the point and head south. At 1AM, Joseph found the fish and everyone grabbed their heavy gear. All jigs 250-300. The fish were between 170 and 200 feet down. In about five minutes Jesse was on! An encouraging sign. About 20 minutes later, we hear that wonderful big thump and his 102# was on the boat.

A few minutes later, as I was retrieving my jig, I felt the pull and I was on. I "only" had an 80# line on a SpeedMaster 12, so it took just a little longer, but after about 1/2 hour, my 105# was on the boat. That would be the last tuna of night one. After the sun came up, we scratched around the paddies for about a dozen yellowtail. At about 7:30PM, Joseph got on the horn to tell us that the boats about 30 miles north of us were on the fish. He estimated that we'd get in the zone at about 11:30. Fortunately, the fish were only 30 miles out of Pt. Loma, so we'd have a few hours to take our shot.

He cut the engines and three of us ran out to get our lines in the water. Unfortunately, two of the guys were too seasick to get out there, so it was just the three of us. After about 15 minutes I was on again. But this time, it was one of the smaller grade fish... or so I thought. He was coming in easily for a while and then he decided to make a 180 and line was screaming off my real. He probably took 2/3 of the spool before I could stop him. And then the war began. I'm not as young as I used to be and after about a half hour I was fried. He had taken me around the boat a couple times and the last time, I was too beat up to lift the rod to get it over the anchor. Sal to the rescue. At this point, I was only 70 yards of line from victory. Sal got him heading the right way and about 10 minutes later there were three gaffs in the biggest tuna I've ever caught. It was the first time I've caught a tuna that outweighed me. (I'm about 140, this fish came in at 168).

Over the next hour both of the other guys who were fishing each got one just a bit bigger with the biggest one coming in at 180. I've been tuna fishing for 55 years. I never thought I'd catch two BFTs over 100 lbs on a 1.5 day trip just 30 miles outside of Pt. Loma. but sure as shit, that's what happened. 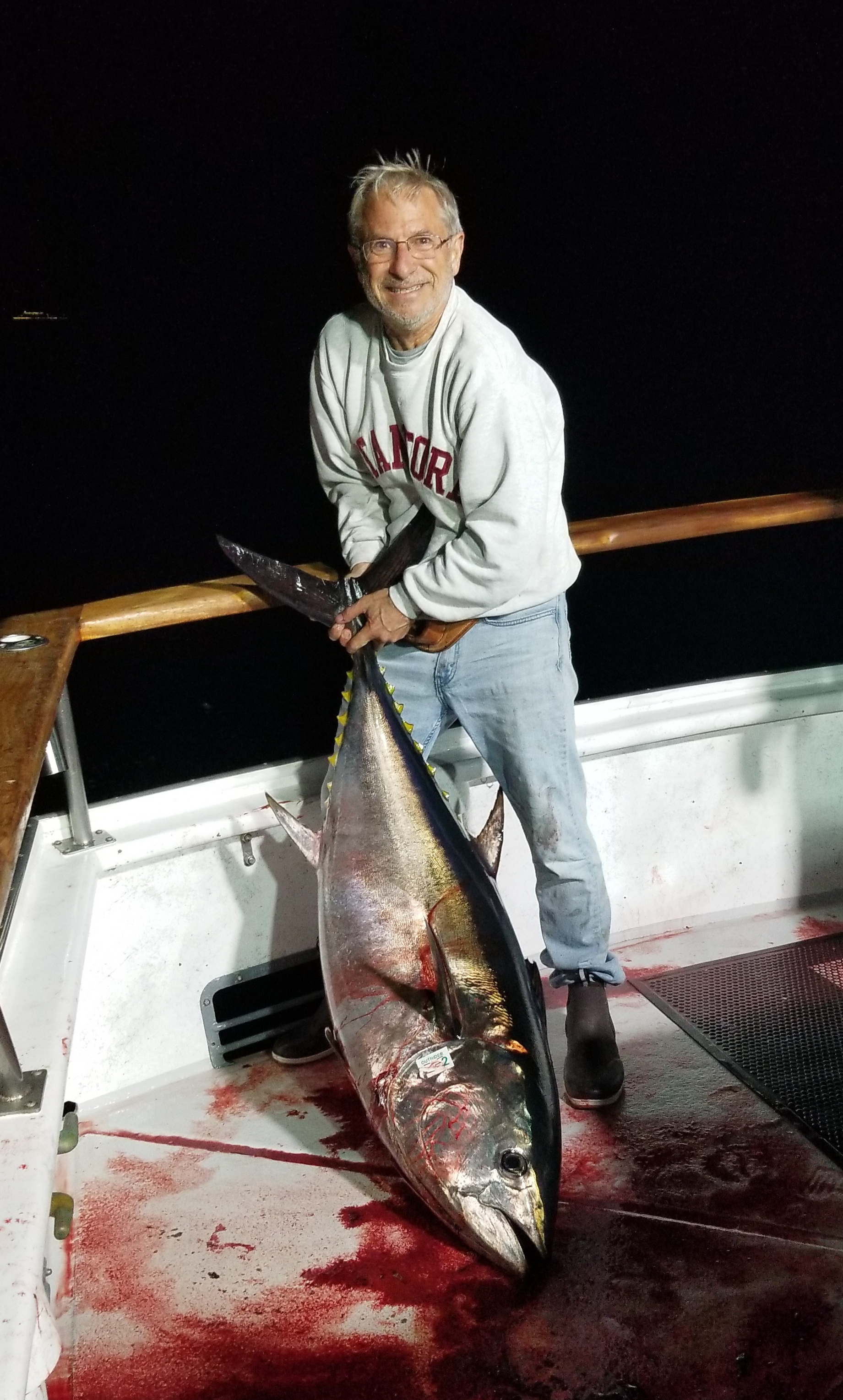 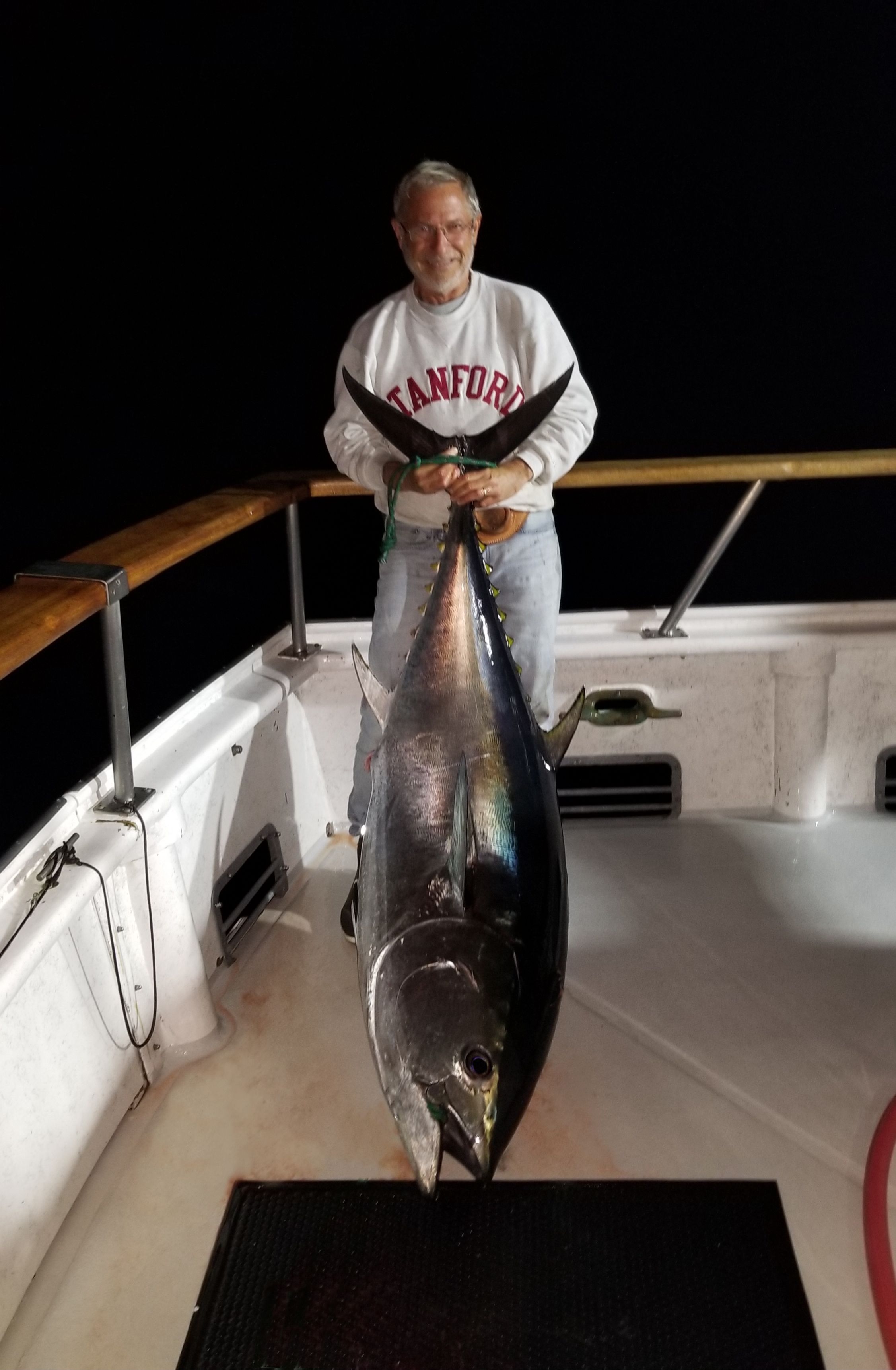 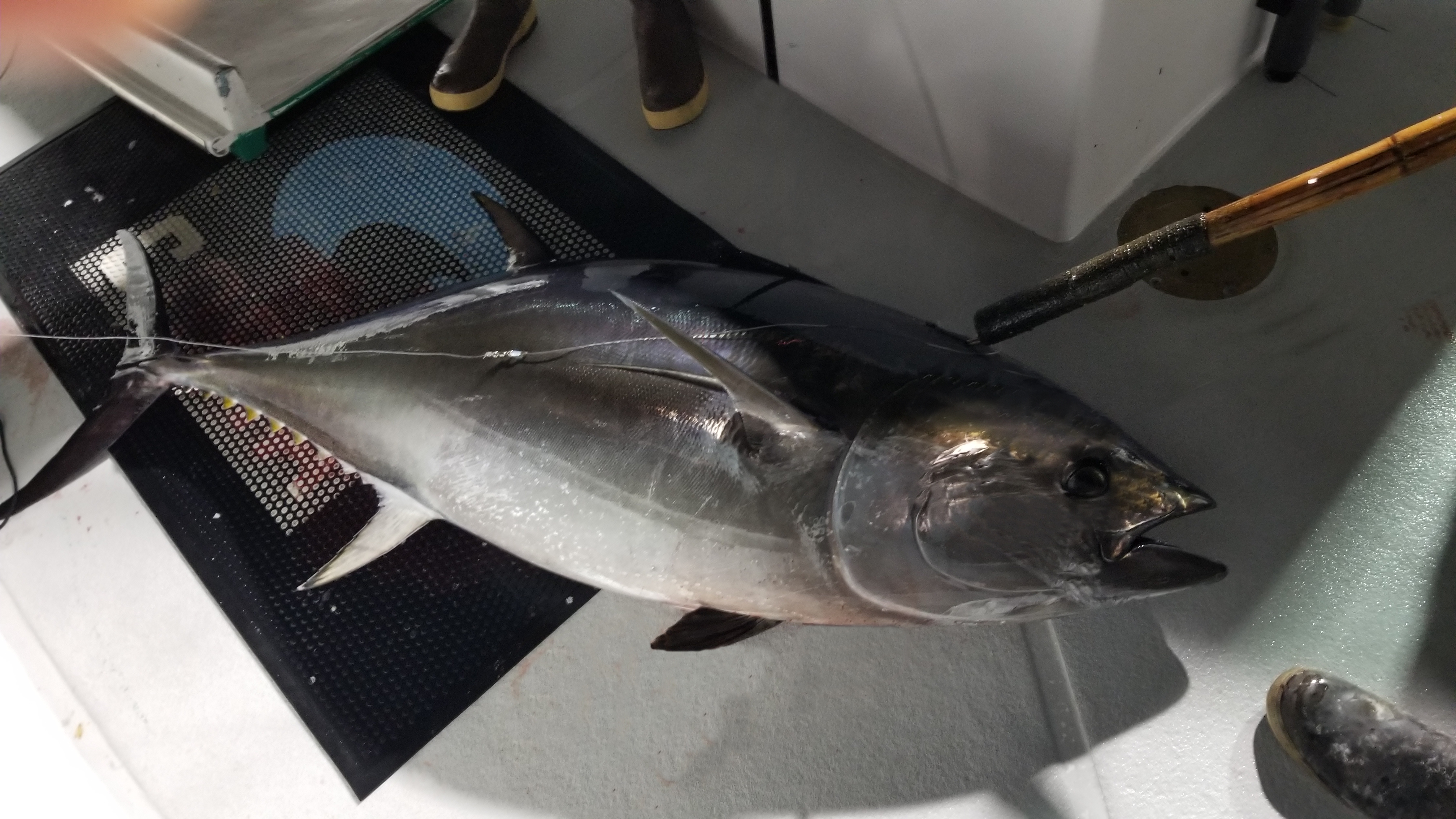 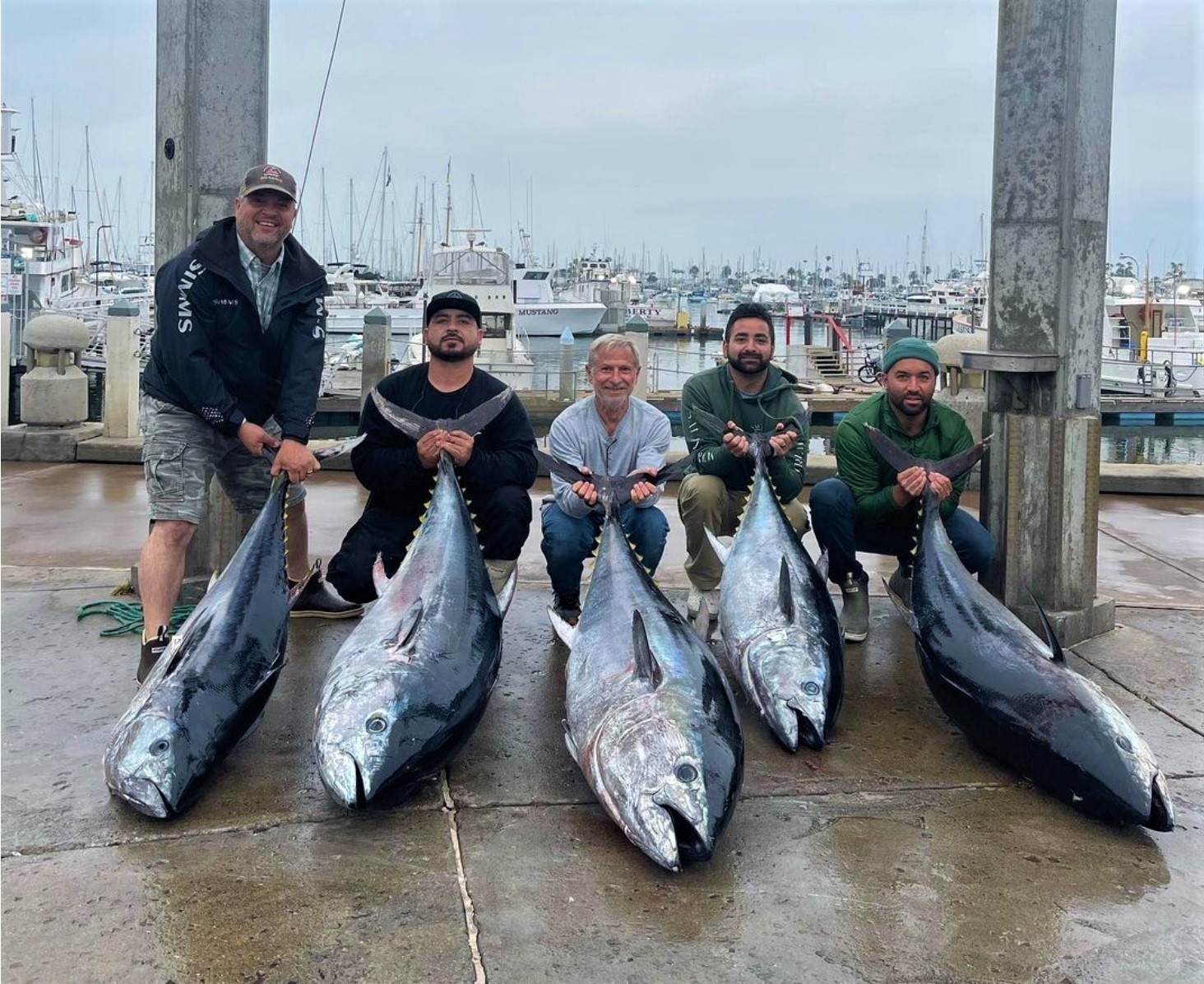 The Outrider is a pricey boat, but the guys are top notch. They have a great attitude and they work their asses off.
Reactions: fishin_kid, Sakana Seeker, iclypso and 10 others
Upvote 0

Nice report. Congrats on your PB’s! That boat and crew are fishy…
Toggle signature
www.outridersportfishing.com
Upvote 0

Thanks for the report, thinking going out with them next week.
Upvote 0

Way to go, congrats on your pb. What a treat to fish with only 5 anglers!
Reactions: jer dog
Upvote 0

Stellar!
Toggle signature
Sometimes you feel like you are absolutely fucked. But then you look at the situation again and it turns out you are only like 40% fucked. --Mingma Gbyabu Sherpa