Went fishing Monday with Captain James on The Osprey. My friend Bob went with me and we were joined by Wayne, Gary, and Gary’s grandson Kyler. This was Bob’s first halibut trip.


After getting a scoop of average sized anchovies from the receiver in SF we headed south. Spent the first half of the morning drifting past candlestick point with the fleet. I quickly hooked the first fish within 10 minutes of getting started. It was a nice 26 inch fish and with that the skunk was off. 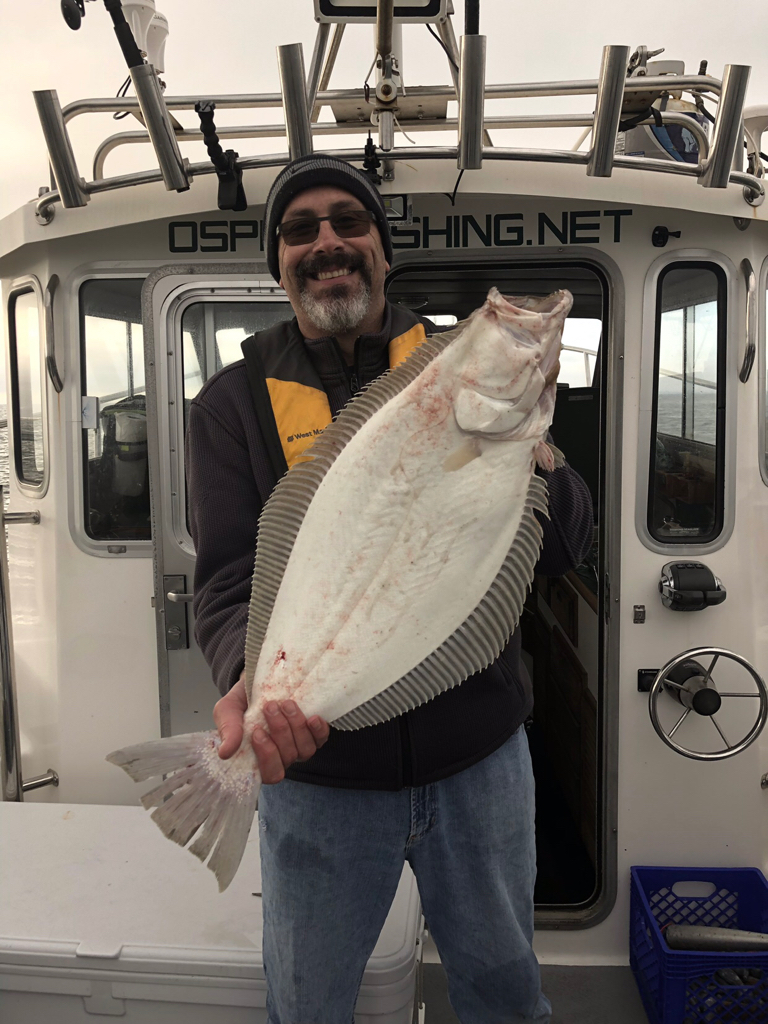 We hooked quite a few shakers and most of them were between 19-21 inches. Close but not close enough.


By this time Kyler had hooked two shakers while his grandfather had not even gotten a nibble. Kyler even called him out saying he had two. How many did he have? Well, you all know how karma works. Five minutes after calling out his grandfather I see Gary’s rod load up and bam! Line starts ripping off the reel. At first it looked like a big striper or bat ray. Then it settled down and we knew it was a big halibut. Once it settled down Gary made short work of it and a nice 15lb fish hit the deck. Kyler caught one at the same time that made the cut but was only 23 inches. Needless to say don’t call out grandpa or you’ll get what’s coming. 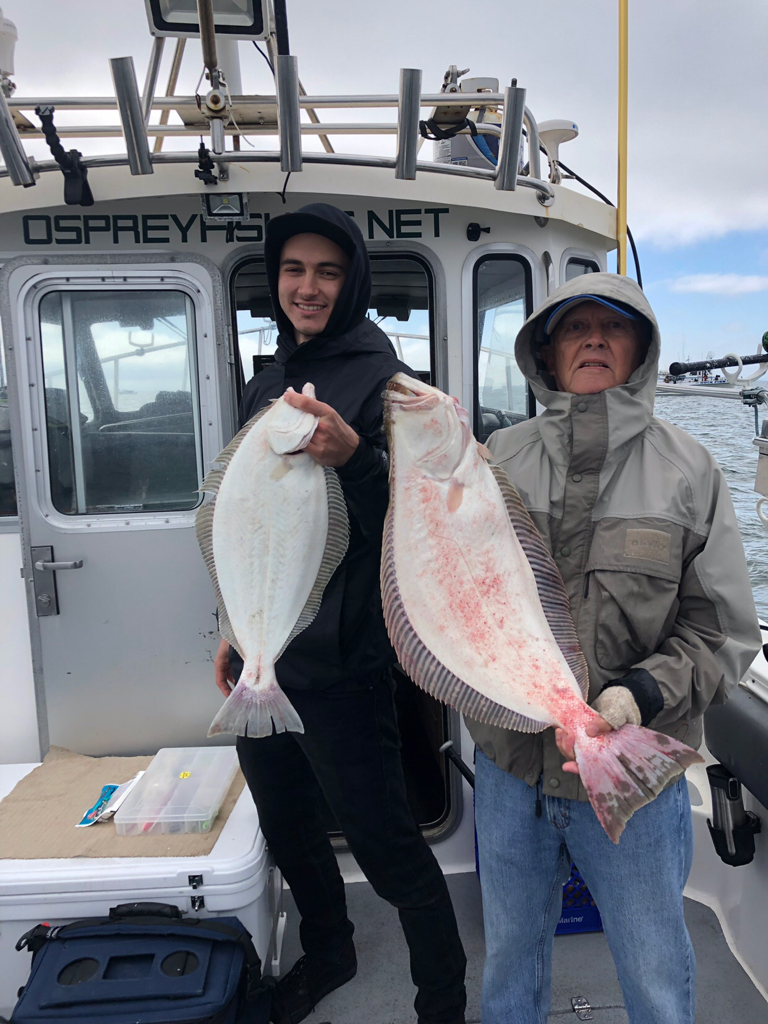 Wayne and Bob took awhile to get on the board. But both eventually hooked some shakers and a keeper. Bob even landed a nice 20 inch bass. 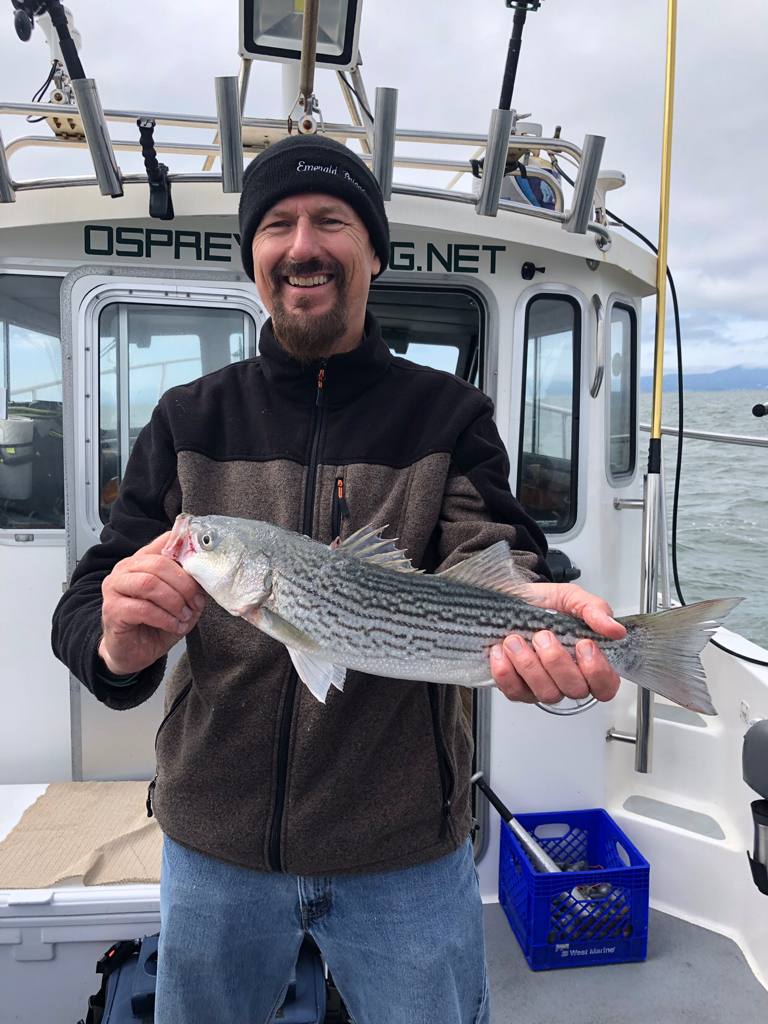 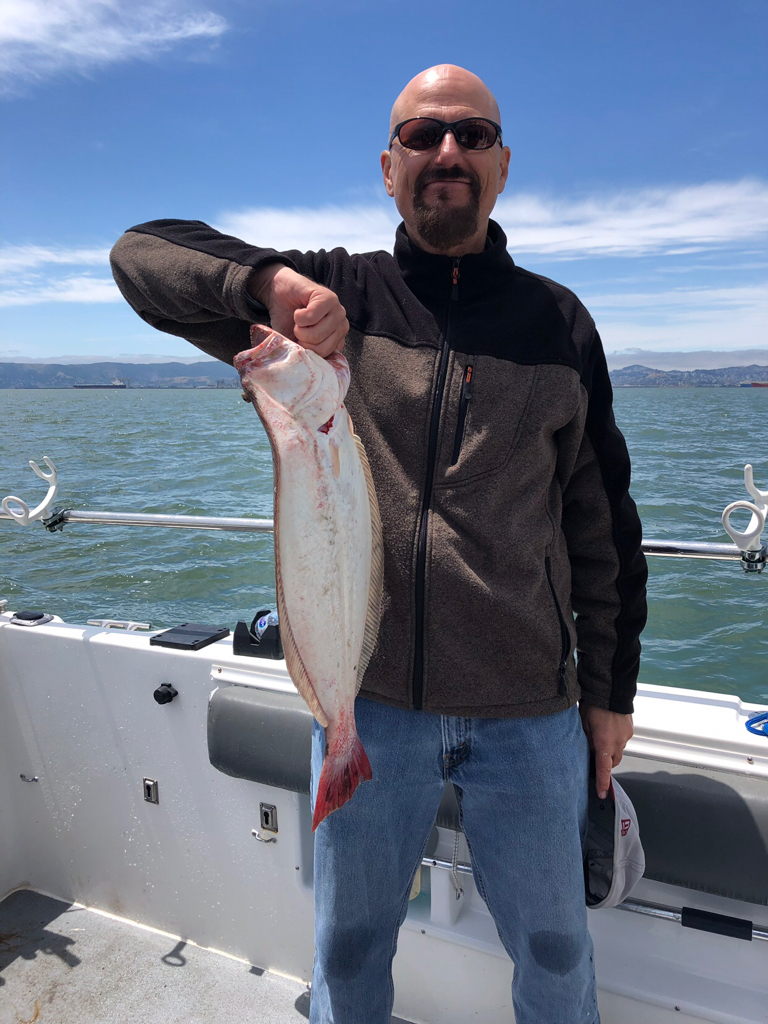 I landed 3 keepers and probably 8-10 shakers.

Lots of short strikes and we lost one decent fish at the net when the line broke.


Overall weather was cloudy and windy. Got to see the sun at the end of the day.


Final count was 9 keeper buts most between 23-28 inches and the big fish at 15lbs. One striped bass.


Good weather. Good people. Good times. Great way to spend a day off. A big thank you to Captain James for making this happen.

Sweet!
Toggle signature
"When beholding the tranquil beauty and brilliancy of the oceans skin, one forgets the tiger heart that pants beneath it; and would not willingly remember that this velvet paw but conceals a remorseless fang." H.M.
Upvote 0

As it relates to Grandpa, those are not wrinkles those are wisdom lines, heard Grandpa say checkmate all the way down here in SoCal! Pretty damn good trip if'n you ask me.
Toggle signature
Luck is where planning meets opportunity.
Upvote 0
Show hidden low quality content
You must log in or register to reply here.