“Icing on the cake” at the island

Webster’s tells us that “icing” is defined as;

I don’t know about you, but I outgrew icing a long time ago. Give me a piece of cake, and the icing will remain orphaned on the plate, a cupcake, and I hope my grandkids are around so I can just scrape it off on to their plates. It is usually pasty, and overly sweet for my taste. But I guess I must be in the minority on that, cause last time I checked, there doesn’t seem to be a big selection of cakes without it.

However, Webster’s goes on to give us a second definition that puts icing in a favorable light;

2: something that adds to the interest, value, or appeal of an item or event —often used in the phrase “icing on the cake”.

Applicable to many areas of life, but especially relevant to fisherman, we wax poetically about how it was just “good to be out on the water”, and catching something is just the “icing on the cake”. Okay, I have said it too many times to count, and it was said with sincerity each time, but is it wrong to yearn for a little more icing? Maybe because I am getting older, and know that there are far more fishing trips behind me than lie ahead, but I now yearn for that type of special icing like a 7 year old does for birthday cake.

One thing that age does allow me to do is to savor those times when you do get the “icing on the cake”. Which brings me to the trip we took last night (2/18) to Catalina. A strong NE wind that morning left the water quite murky next to the island, which I think was good as it diminished the effects of a bright half moon. We were able to get limits of bonito prior to sundown and used that for our bait. We fished in water 25-50’, with a lot of current, and had 2 limits by 9:15. Yeah, that was some sweet icing that I will enjoy for a while. 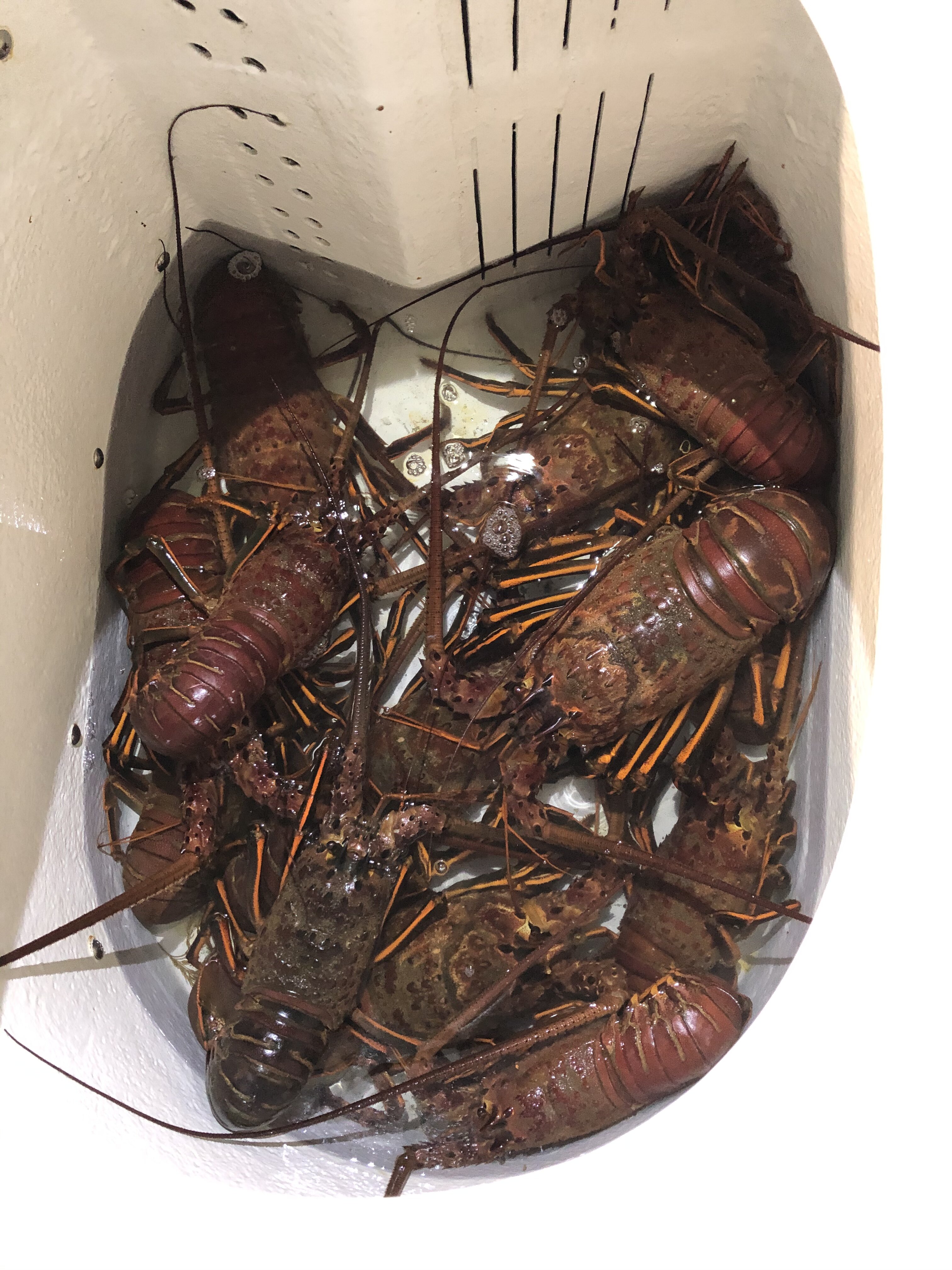 Nice haul.
What did you use to catch bonito?
Upvote 0

Awesome! It's always great to have a tank full of bugs playing king o' the hill

I'm hoping to head over soon after the rockfish opener for a combo trip.


pacificscout said:
What did you use to catch bonito?
Click to expand...

Fat kids like cake
Toggle signature
"Y'ALL OWES US MONEY"

STIFF RODS ARE THE WAY TO GO.
Reactions: pacificscout, EZYGOING, uglyducky and 1 other person
Upvote 0

Great report thanks for sharing and congratulations!
Upvote 0

We started out trolling with Rapala’s, which have worked our last two trips over there, however, the only thing they wanted this time was Krocodiles.
Reactions: pacificscout
Upvote 0
H

pacificscout said:
Nice haul.
What did you use to catch bonito?
Click to expand...

We started out trolling with Rapala’s, which have worked our last two trips over there, however, the only thing they wanted this time was Krocodiles.
Upvote 0

But did you like ding dongs and twinkies ?
Toggle signature
Sometimes I wish i was a bird so I could fly over some people, and shit on their head.
Reactions: pacificscout
Upvote 0

Some nicer ones in there! Great job!
Toggle signature
All bleeding stops eventually.
Upvote 0
Q

Very astute of you Blackfish, yes, I still have a soft spot for those two. How did you know?
Upvote 0
Show hidden low quality content
You must log in or register to reply here.