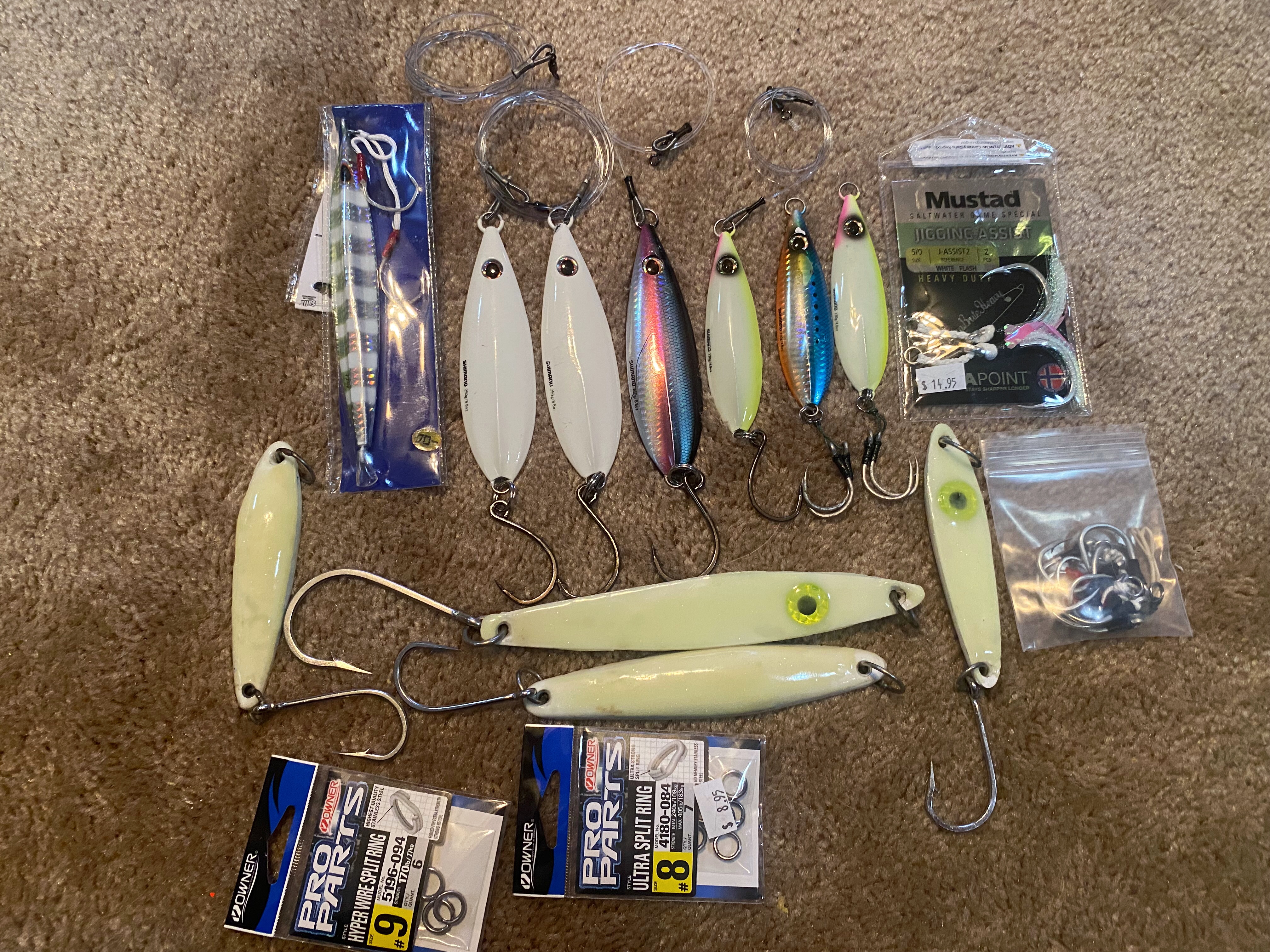 Yet another posting in my effort to sell my gear as my westward fishing excursions have come to an end. I’m selling jigs I bought in hopes of tangling with bluefin. I’m selling these for $125 PayPal. Only a couple of the 130 gram lures have been used. The larger single hook lures such as the Salas PL68 have added glow in the dark expoxy. A picture of the glow in the dark effect is shown.

Upvote 0
B
Bluefin Jigs for sell.