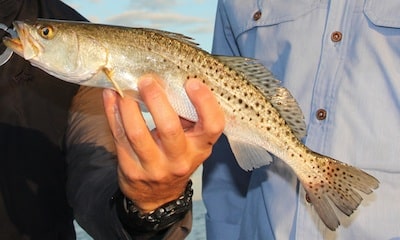 For spotted sea trout, all harvest and possession is prohibited from November 1 through December 31 in all waters south of the Flagler-Volusia county line in the Atlantic. In the Gulf of Mexico, the boundary is south of a line running due west from the westernmost point of Fred Howard Park Causeway, which is about 1.17 miles south of the Pinellas-Pasco county line.

In northeast and northwest Florida waters, the recreational harvest of spotted sea trout will remain open until February 2012 unless the Commission adopts proposed management changes at its November 16 meeting in Key Largo. If the proposed measures are adopted, there will be no recreational closure for spotted sea trout across the state. These proposed changes would take effect by February 1, 2012.