You’ve likely never heard of a Southeastern tessellated darter, a Lake Eustis pupfish­, or a Sanibel Island rice rat, but these and twenty other Florida animal species are about to get some government protection—and the state of Florida wants your input.

The Florida Fish and Wildlife Conservation Commission (FWC) recently posted draft action plans to conserve 23 species of native wildlife and wants the public to weigh in by reviewing them online. 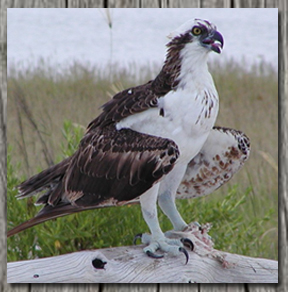 Those reading the plans for animals familiar and not so familiar—such as the osprey, Everglades mink, Pine Barrens treefrog and reddish egret—will learn about the species’ biological backgrounds and habitats.

After reviewing the individual action plans at their website, people can comment on what is proposed in the scientific material to conserve each animal. The comment period on these plans continues through March 13.

“Encouraging public and stakeholder involvement is at the heart of what the FWC is doing to conserve imperiled native wildlife,” said Claire Sunquist Blunden, the FWC’s stakeholder coordinator for imperiled species management planning.

Blunden hopes that people will take advantage of the chance to look at the FWC’s draft action plans and tell them how they can be improved.

According to the FWC, these 23 plans are a vital component of Florida’s new conservation model, which first involved preparing Biological Status Reviews for imperiled species and now requires developing plans to conserve each one of them. The 23 species are the first group among 60 species that will receive draft species action plans. The remaining species action plans will be released this spring and summer.

Once the action plans are revised, FWC teams will look for common themes and actions to develop Integrated Conservation Strategies. Finally, an Imperiled Species Management Plan will be developed that ties together the action plans for each of 60 species, addressing the commonalities of what’s necessary to conserve all the wildlife represented in the plan.

The 23 draft species action plans include:

For more information and to see the 23 plans, and to make comments on them, go to the FWC website and select species categories under “Your opportunity to participate.”