Extreme Adventure Angler Matt Watson (Ultimate Extreme Fisherman) of New Zealand has The Ultimate Fishing Show! He has found a way to blend incredible and most unusual fishing encounters with humor and conservation-oriented ethics. This blend is great fun to watch and living in a place like New Zealand, the “above and below” footage they capture is epic. Matt took the time to talk to us at BD Outdoors and give us some insight into how this all came about.

Q: How did you get started fishing and what was the evolutionary process to the creation of the Ultimate Fishing Show?

A:I started fishing like most do, with my father in our small dinghy or on the wharf with my mother as a three year old. My grandfather and uncles were commercial fishers, and I worked for them throughout my teens. All I ever wanted to be was a commercial fisher, but I went down the sport fishing path as a crewman and captain, and one day I decided I’d have a crack at making a TV show, and thought I’d do things differently than the other shows out there, namely get below the water. 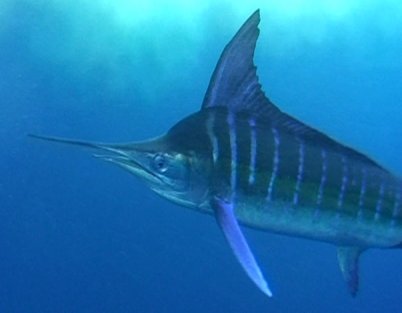 Q:How do you brainstorm what fishing stunt will be next to try?

A:Brainstorming happens naturally, often I’ll be having a few beers with mates and I’ll throw out an idea that’s in my head, if the guys choke on their beer, spit it out or shake their head at me in disbelief – I know I’m onto a winner. 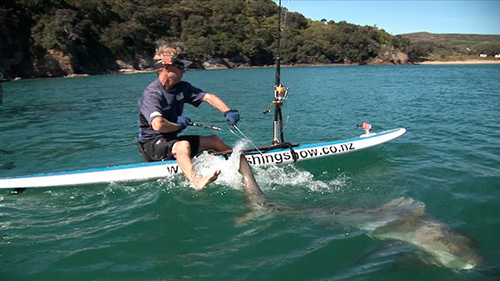 Q:Is there any stunt that you dreamed up, but said “no, that might be too dangerous”?

A: As a follow up to the ‘Gannetman stunt’ I was going to try ‘Eagle Man’. While I was in Alaska, I was going to dress as a bald eagle and make gloves with talons, and strap myself to a micro-lite plane. The pilot would swoop me down over a stream and I’d grab a salmon, and right in front of a bear would be even cooler. But I decided that if the pilot got it wrong by a couple of feet I’d be getting rubbed out on the rocky stream bed – so I hand lined a 80lb halibut from a 6ft raft instead, not nearly as cool I know….what is it with those good ole boys up there shooting their halibut with hand guns?? 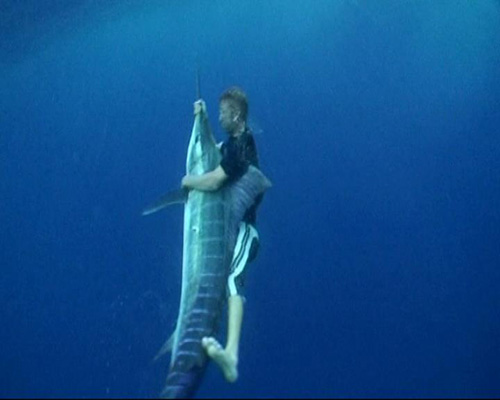 Q: We all dream of exotic places to fish, but you live in one, so where do you dream of going to fish?

A: I can daydream about taking my kids out to catch some snapper right here in the Bay of Islands, but as far as offshore locations I am yet to fish, I’d have to say Central America. 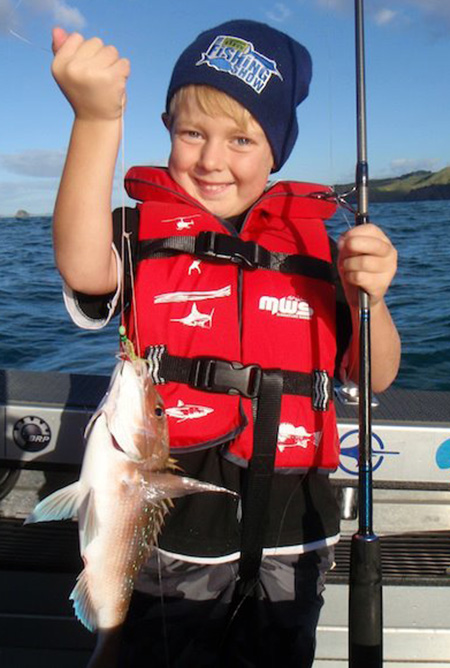 I have a friend that crews over there, and the stories and pictures he has of big yellowfin are awesome. We used to see the yellowfin balling bait down here, but the purse seiners have ended that, so I’ve got to get a bit of that action….so ahem, anyone got a spot for me and a film crew…call me!

Q: What has been your personal favorite encounter with the natural world?

A: Man, there have been so many, but to single one out it would have to be swimming with Giant Bluefin – I was in a chum trail hand feeding 1100 pounders. As they raced past the force from the water they displaced pushed me up to six feet though the water. I felt very small. 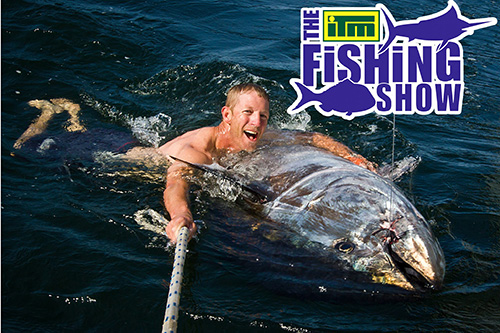 Q: What fish remain on your “bucket list” to catch?

A:I have never caught a Tarpon; in fact I’ve never seen one in the flesh so I’ve got to tick that one off. 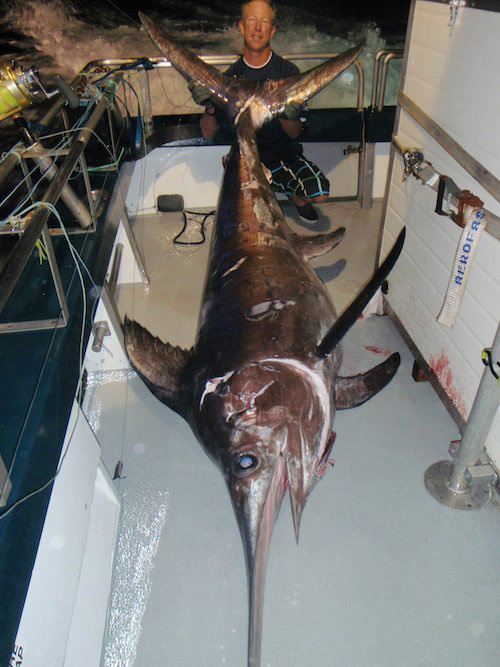 Q: Please tell us more about your efforts to promote the balance of fishing with conservation.

A: Having a fishing show allows me to communicate to a large group of fishers, and I’ve found that with anglers, particularly in this part of the world, preaching conservation messages is not the way to go. Instead I demonstrate what I do, things like releasing the larger breeding fish and just taking a quick photo as the trophy, as well as promoting tag and release. I do think we need balance as we don’t want taking a fish to eat to become taboo, so I demonstrate only taking what you need to eat, not what your ego likes to see in the fish box at the end of the day.With fishing shows you are communicating largely to the same audience, but as a by-product of my more ‘out-there’ fishing challenges, or ‘stunts’ if you prefer, is they get mainstream media attention. And I use that platform to make the wider public conscious of the effect of the purchases they make, and the threats that face our fishery. And it’s important to represent sport fishers as decent conservation minded citizens. Because there is a misconception from some parts of the media that we are moronic, blood thirsty killers out to catch the last fish, which of course couldn’t be further from the truth. 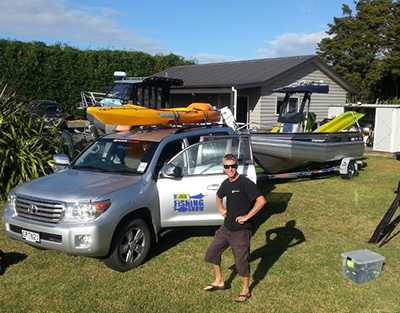 BD: Thanks for your time, and we look forward to more Ultimate Fishing Shows.

You should check out some of Matt’s videos online. It’s the “Ultimate”.