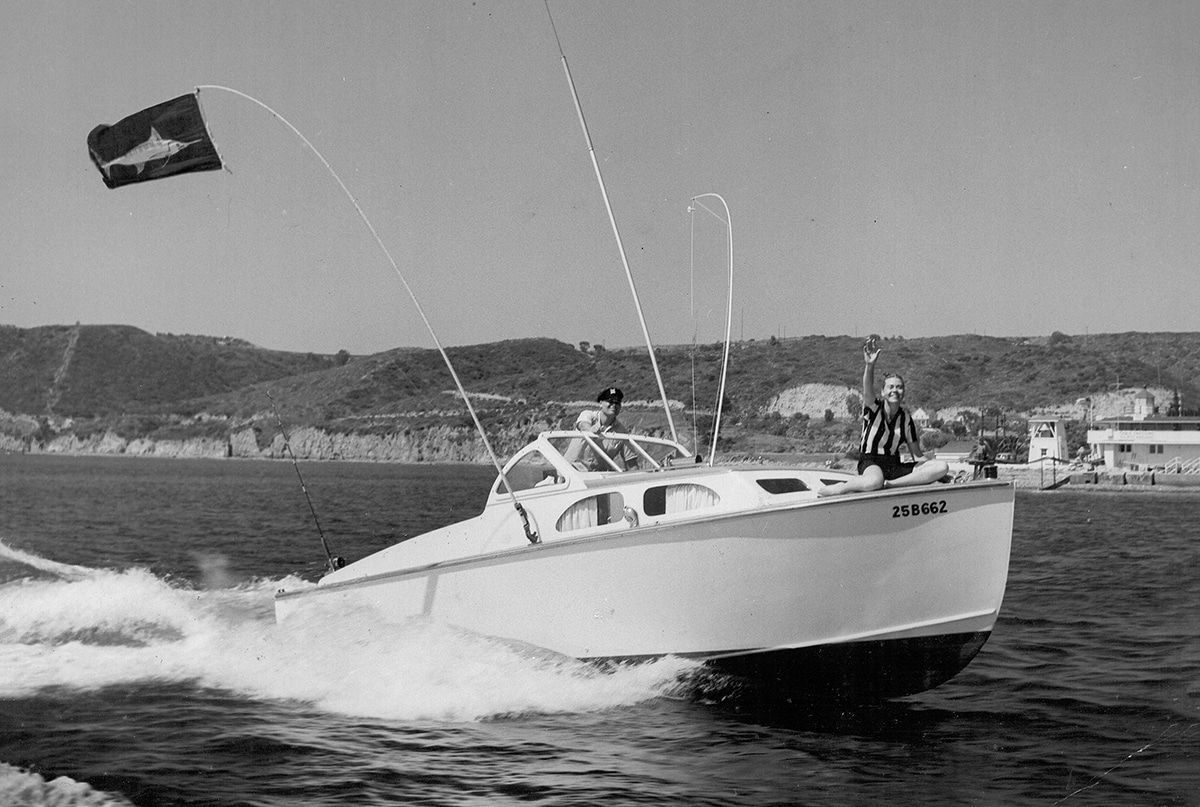 Frank G. Belcher is best remembered as President of the California Pacific International Exposition from 1934 to 1936, essentially the event that gave birth to Balboa Park.   But he was also one of thirteen young community leaders who, in the waning flapper era of the 1920s, began discussing an angling club for the growing sportfishing community in San Diego – those who fished for marlin and other big game off California’s coast.

Many were members of the San Diego Rowing Club, drawn by rowing and swimming as well as having the only handball court in town. It was there that numerous important public and business issues affecting the city were commonly discussed and decided; and it was there that the idea of a world-class angling club became a reality. The Marlin Club, San Diego, California, was founded on September 15, 1931, amidst the Great Depression. Belcher, Stanley Andrews, Dick Jessop and R.W. Little, along with nine others, drafted the by-laws, the sportfishing guidelines and the rules that would become the solid foundation for the fledgling club.

Harley Knox, the strong-willed and much-admired mayor of San Diego from 1943 to 1951, along with Port Captain John Bate, Fire Warden Al Penrose, and the city council understood the value of recreational fishing as an important component of the area’s economy as well as its major contribution to tourism. They strongly supported the Marlin Club and helped convince the Port Authority to enter into a long-term agreement for the club’s location on Shelter Island; and to provide the angling club with a navy barracks building to use as a weigh station. The old wooden building was moved to a gravel road connecting the sand spit to what would subsequently become Shelter Island. In spite of the troubled economy in the first decade and WWII in the second, the club’s membership grew as individuals and families discovered sportfishing. During its 80-year history, the general membership, along with its officers, has been a dynamic cross-section of anglers who have made significant contributions to sportfishing as well as to the community.

In 1951, the existing building was constructed to replace the crumbling barracks. Today, the facility is a treasure-trove of trophies, scrapbooks, yearbooks and artifacts dating back to its birth in the depression years. It has been the only designated International Game Fish Association (IGFA) Public Weigh Station in San Diego Bay open to the public at no charge since the Marlin Club relocated to Shelter Island. Thousands of fish have been weighed and recorded here, and the club continues to provide staffing and the IGFA certified weigh station.

Some weigh-ins were recognized as IGFA world records; many still remain in the IGFA World Record Game Fishes book which is published annually, confirming and reinforcing the extraordinary sportfishing San Diegans enjoy in the nearby waters. Many world record seekers are drawn to this area every year.

The club – a landmark on Shelter Island – is a famous, must-see site for visiting sports anglers from around the nation and the world.

Generations of family members – fathers, mothers, children, and grandchildren – and in a few instances, great-grandchildren – have caught their first fish on the waters off San Diego and weighed them in at the Marlin Club. Two-time Marlin Club Past President, Bob Woodard, Jr., his daughter, Kale’a, along with his parents, Bob and Pat Woodard, all hold IGFA world record catches. Rosie Newton, Point Loma resident along with her late husband, Bob Newton, joined the club in the 1940s. She has fond memories of them fishing local waters together. With seemingly total recall, Rosie graciously contributed detailed information about the early years, filling in some missing gaps, as well as helping with organizing the club’s history. As tackle improved, becoming lighter and much easier to manage, she and other women in the club found the new gear more exciting and challenging, allowing them to play a huge part in the evolution of light tackle angling in San Diego. A partial list of charity events and tournaments hosted by the Club includes: Shriners Children’s Hospital; San Diego Fire Fighters’ Stop, Drop, and Reel Halibut Tournament; The Don Blackman Memorial Halibut Tournament, which benefits the UCSD Burn Center and UCSD Moore’s Cancer Research Center; Friends of Rollo, Kids’ Fishing Fund, which has raised thousands of dollars since 2002 to host children on other Port of San Diego partners’ charter boats at San Diego Sportfishing Fleet; The Fish On! Anglers’ Tournament, since 2007 commemorating the late wildlife artist, Chuck Byron; Providing volunteers at the Day at the Docks “Kids Fish Free,” an annual public fishing tournament held on the MC club docks providing rods, reels, live bait, and a BBQ for all children and their parents; public and private school projects like member David Larson‘s recent senior class project at the Marlin Club in conjunction with the Harbor Police; and an event for the children of Father Joe’s village; the Michael Farrior annual IGFA Juniors’ Tournament for young anglers of both the community and club. Members participate and cooperate with National Marine Fisheries, California Department of Fisheries, Scripps Institution of Oceanography in addition to a long list of National and International agencies on subjects ranging from migratory studies to stock assessments and they assist in a long list of various programs and services, i.e., Life Jacket Loan Program, NOAA Marlin Tagging and DNA research, participating in pop-up satellite tagging program.

Marlin Club members are dedicated to protecting resources; over the years, the number of striped marlin released has grown to an impressive 90% of the catch. The club encourages anglers to enjoy the fishing experience yet emphasizes the importance of promoting sustainability. The Invitational Light Tackle Tournament, a club tradition, is dedicated to the memory of Captain Gene Grimes, member, good friend and mentor of many captains and anglers. It has been the crown jewel of club’s annual tournaments for more than a half century, surviving the test of time.

Over the decades, prominent anglers have weighed in their own or guests’ catches at the club. Desi Arnaz (of Lucy and Desi fame) proudly displayed a photo of a striped marlin in his office he brought into the Marlin Club to be weighed. John Wayne and Jerry Lewis were both frequent visitors to San Diego Harbor aboard their personal yachts and took advantage of the Marlin Club’s weigh-in facility.

Business leaders, politicians and professional athletes interested in sportfishing have been drawn to the club over the years to view the trophy-sized fish on the walls and the glass cases filled with gleaming trophies honoring the many exceptional catches; all are eager to hear the exciting and sometimes humorous stories behind the catches. “Only a few angling organizations in Southern California have recorded their history as well as the Marlin Club of San Diego, fulfilling the requirements as set forth in the Port of San Diego charter many years ago and it could not have been done without this clubhouse to house the records,” says Michael Farrior, IGFA Trustee and angling historian.

Like the City and Port leaders in the 1950s who recognized the value of recreational fishing as an important component of the area’s economy and major contribution to tourism, San Diego’s Unified Port District has wisely allowed the “The Marlin Club” to become a living, breathing monument to the area, providing a glimpse into the unique recreational angling that is woven into the historical fabric of San Diego. The enormous documented library of sportfishing history, which goes back to the beginnings of the industry, astounds not only visitors from around the world, but locals who visit Shelter Island.   It is an important source of reference material for researchers and historians. It is clear that the requirements outlined in the original Port of San Diego charter have been fulfilled completely and Bate, Knox and others who put their careers on the line would be proud of the job the generations since have done in giving back to the community. Over the years, the Marlin Club has hosted the final act for many notable catches in the waters off San Diego – weighing in personal bests, or club, state and world records which underscore the importance of sportfishing – celebrating catches that go beyond simply being an individual angling accomplishment and continuing to weave a rich and remarkable sportfishing history for both the San Diego Port District and the City of San Diego.

The Marlin Club and its leadership have had to face success tempered with adversity, often influenced by events and circumstances beyond their control. There have been both good times and bad as the economy soared or crashed around them affecting not only their members but the City and Port of San Diego as well. In addition, poor fishing has stymied membership growth and enthusiasm off and on over the past decade until the last few years. Then an extraordinary season like 2015 comes along with its invigorating effect on sportfishing and the economy. Already the 2015 season is well underway and several marlin have been caught and released or brought to the scales.

The early season has stimulated the nearly 200 members, along with their pro-active Board of Directors led by President Don Wroncy, to new heights with the same fervor that ignited the thirteen young community leaders in 1931 to establish the club.

With only one year left on their lease with Port of San Diego, Wroncy, the past presidents and the Marlin Club Board members are optimistic after several meetings. “We are taking a proactive stance to ensure that the club’s relationship with the Port remains as fruitful and as strong as it has for the past eight decades,” Wroncy declared. The club is a virtual looking glass into the world of recreational sportfishing from the early years to present. Filled with photos and other memorabilia that demonstrates the significant influence the sport has had on San Diego and beyond, it is well worth a visit. 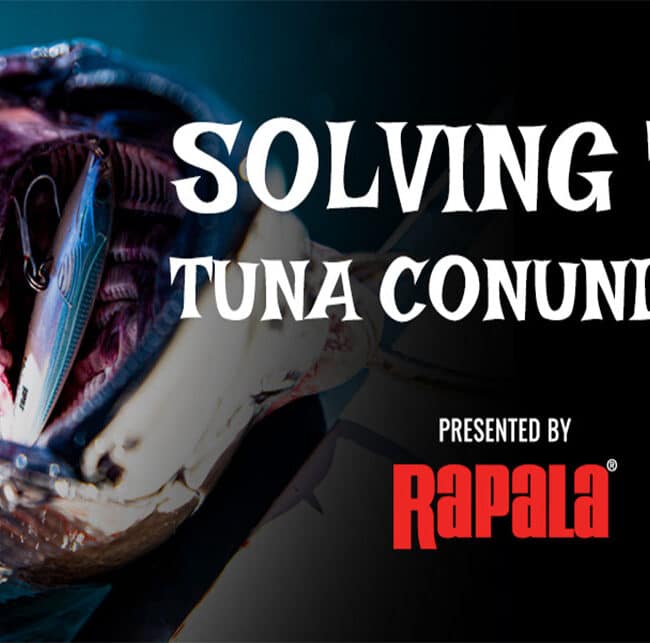