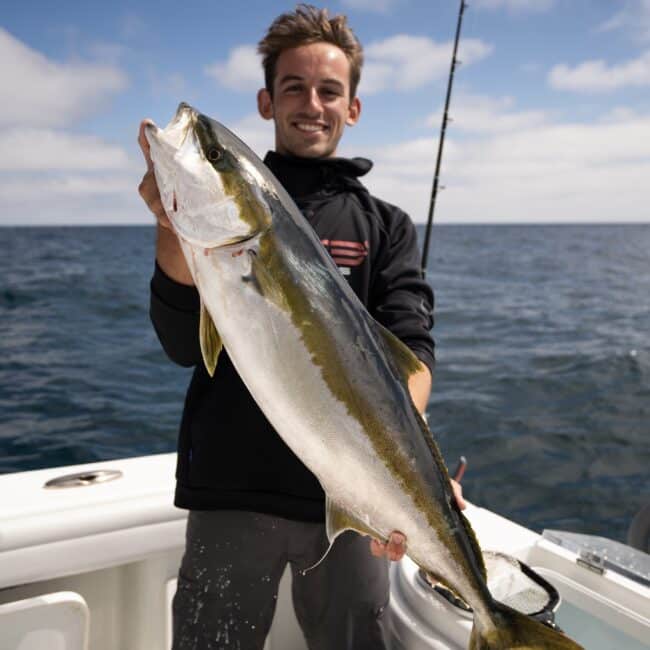 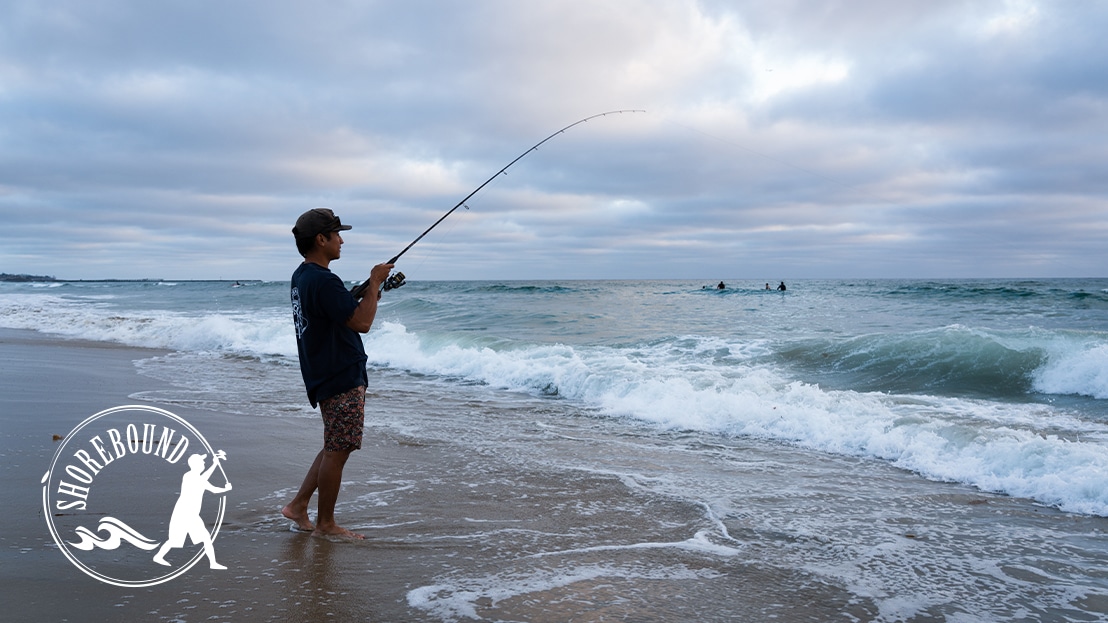 As we roll into November, the winter surf fishing season is just around the corner.  There’s no better time than now to think about what changes will need to be employed to ensure fishing success at the beach this winter.  Our most dramatic change comes in the form of food.  Just as we find seasons for food in our stores so do fish in their hometowns.

To start, remember that surf fishing baits in winter can vary so when it comes to bait, one axiom always comes to mind – Look for what occurs naturally around the area you are fishing. What’s between the rocks or in the sand beneath your feet?  Look around and see what you think the fish have for food.  If you see mussels on the rocks or crabs in the sand you can be sure that’s what they’re eating.

When cool water arrives, three top baits you’ll find useful at the beach include sidewinder crabs and both Lug and Blood Worms.

Sidewinder Rock Crabs (Pachygrapsus crassipes or lined shore crabs) are green and brown in color with lined markings on the back and legs.  The larger crabs will have some purple marking as well.  It possesses two respectable (and somewhat painful!) claws.  They live between rocks in nooks, crannies and crevices.

The best place to find sidewinders is just above the waterline on rock jetties and in tide pool areas.  Look for them between mussel clusters, in crevices or by flipping over small rocks.  These crabs can be found at both low and high tide.  Due to their keen eyesight, once they detect motion, they scurry off.  When approaching, move slowly.  Stop, look and see where they are positioned on the rock.  Pick out a single crab  (after some practice, a bunch of crabs) and as you approach watch carefully as to where that crab ends up.  Take notice that they can run sideways very quickly; hence, why they are known as “sidewinders.”

Now that you’ve located the crab the best way to catch it is to pin it to the rock with your fingers.  Get a grip and pull them from the rock to your waist bait bucket.  Pinching hurts, so the best way to avoid that is to hold the crab by the back of its body pinching it between your thumb and forefinger.  Start with one finger on top of the crab’s back and one finger on the crab’s underside.  Hold him by the back with his claws forward.

Another great place to collect crabs is in estuaries where rocks the size of shoeboxes line the banks.  Pick an area and turn over the small rocks.  Catch the scurrying sidewinders as they run off.  In some areas, these crabs will also live in mud burrows.  By replacing the rocks after searching for crabs you will ensure that there will be even more the next time you return.  Make sure the area where you collect your crabs is not a protected habitat, so check for restrictions, as stiff fines may be your reward for not doing so.

Lined shore crabs are very hardy and last quite a long time in the captivity of your garage.  Sidewinders, if kept in a cool plastic container with wet paper or burlap over them, will live for a solid week. Just enough time to slow their pinch down so you can get “them” on the hook without them getting you!

I place them in a vented, covered plastic container with a single mussel and a few small rocks.  If they are going to be with me for several days I will open the mussel and they will feast on it. Each day, I rinse them in their container with a cup of refrigerated salt water, allowing them to stay fresh for some time.

Now that you have caught the crabs let’s set up the rigging.  I like to use the Carolina Rig.  This is the basic rig of surf fishing and is made up of a sliding egg sinker, bead, swivel, leader, and hook.  Because I’ll be fishing near rocks I want to downsize my sliding egg sinker to 1/8th ounce and shorten my leader to about ten inches.  I use six-pound fluorocarbon leader because it’s both abrasion resistant and invisible.  For hooks use a size #2: Owner Mosquito, Gamakatsu Split Shot/Drop Shot or a Mustad Ultra Point hook.

Hooking the sidewinder is easy.  Just turn the crab over so it’s legs are pointing up.  On the bottom back side you will see an egg flap.  Pierce the flap with the sharp end of the hook and pull it through the crab.  No need to hide the hook here.  Just be sure the exposed hook tip  is on the top side of the crab and the eye of the hook is on the bottom.

A second great option in the surf are worms which attract a wide variety of surf fish.  Bloodworms are harvested in estuaries in New England where a much healthier supply is now on the market, while lugworms are an aquaculture product of Korea.  Both worms are flown into Los Angeles each week and after inspection are distributed to local tackle shops.

Bloodworms (Glycera dibranchiata)  are different from lugworms (Abarenicola pacifica)  in several ways.  Bloodworms are generally larger and have a stronger casing.  They stay intact longer on the hook and can be used to catch several fish without changing the bait.  Lugworms are a bit less pliable than bloodworms but still work great.  Lugworms are very hardy and generally cost about half as much as their counterpart.

The technique used to hook worms is definitely an art and takes a bit of practice.  When it comes to blood or lugworms, when hooked, it is important that the bait lay on the hook as flat as possible.  I like to use a long shank  #2 sproat or bait holder hook for worms because the hook’s long shank makes it easier to “thread” the worm up the hook and line.  Using a light rod and reel the Carolina Rig is my favorite rigging for fishing worms.

The first step when hooking worms is to entice the worm to extend its proboscis (mouth) from its tube lining.  Inside the worm, you’ll find a set of four pinchers (two on lugworms).  They appear as if they are tiny hooked claws.  The worm uses these to catch its prey and to dig holes in the sand.  On larger worms, these claws can get your attention as they clamp onto your skin with a sharp pinch.  The jaws are connected to poison glands that produce a neurotoxin that they use to subdue their prey.

To avoid getting pinched I take my hemostats (i.e. stainless pliers) and pinch the worm’s end to expose the claws or rub the business end of the worm against my jacket to open it’s mouth.  The fresher the worm the faster and more pronounced the pincers and mouth will be.

To get the worm in a position to place on the hook I pinch (softly) the “neck” (below the mouth/pinchers) between my thumb and forefinger.  Holding the worm firmly, insert the sharp hook end into the mouth (in the center of the pinchers).  Slowly and carefully, trying not to puncture the worm casing, feed the worm up the hook.  Pull the worm onto the hook until you reach the hook eye and mono knot.  Firmly grasp the mouth and pull it over the hook eye.  At this point, the worm can also be slipped up the line.  Leaving a one-and-one-half-inch end, puncture the hook through the worm casing.  Be sure to pull the hook past the barb so it sets well and holds the worm in place as you cast.

Cold-water surf fishing rewards anglers with perch, croaker, halibut, and the occasional corbina.  Some of the largest perch are caught in the winter months because this is their spawning time.  As much as possible please catch, photo, and release (C.P.R.) these fish as they are the brood stock for our next generation of anglers.  Jason of www.scsurffishing.com has a great post explaining how to gently release these fish.

When days are Fall shortened and few folks make their way to the sand there is no better time to be on the beach catching fish.  Take some time to pick up both lug and blood worms at your local tackle shop or hit the rocks to collect sidewinders.  As fish hunker down for winter, there’s no better time to entice them with their favorite foods…in hopes of landing the slabs of winter. 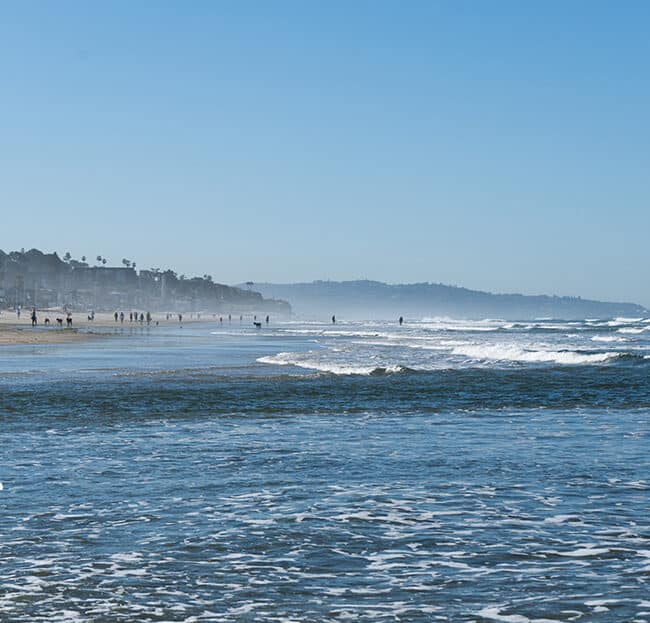 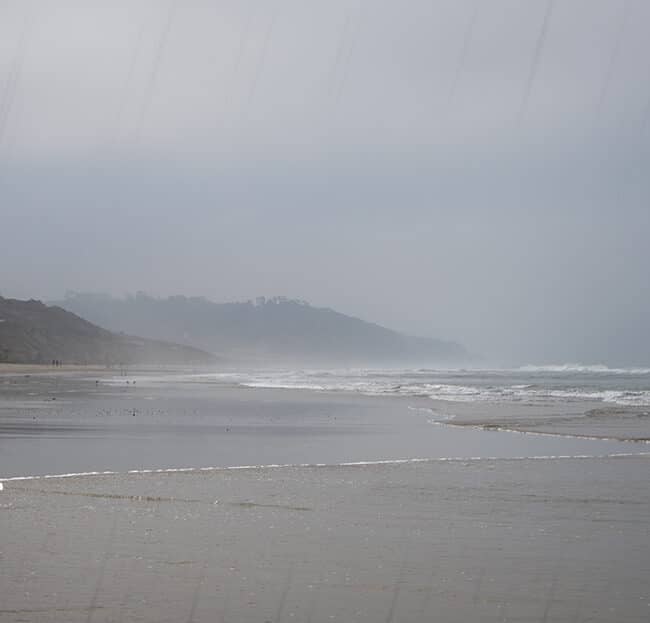 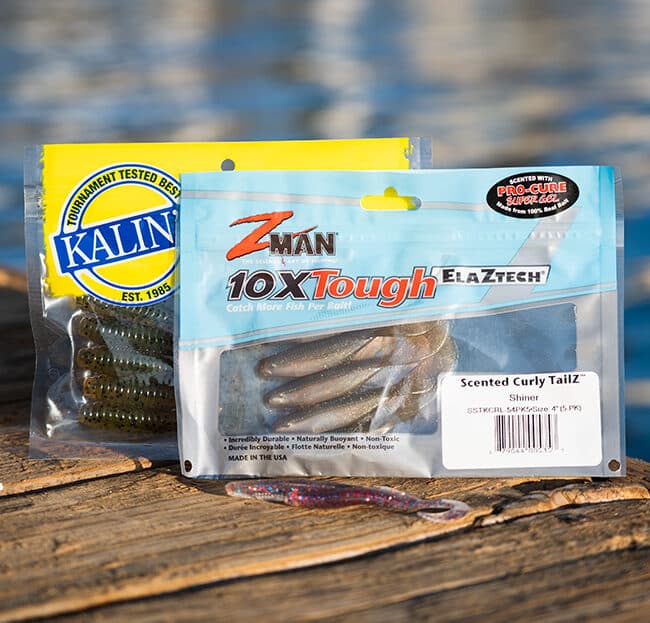 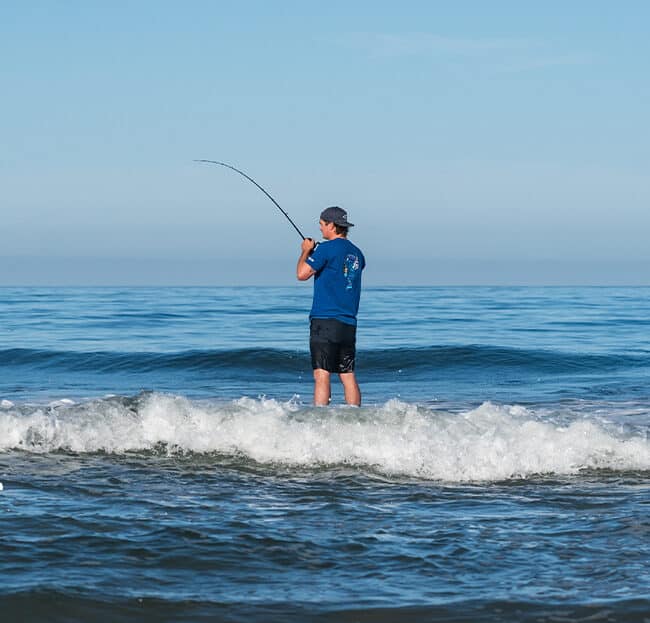 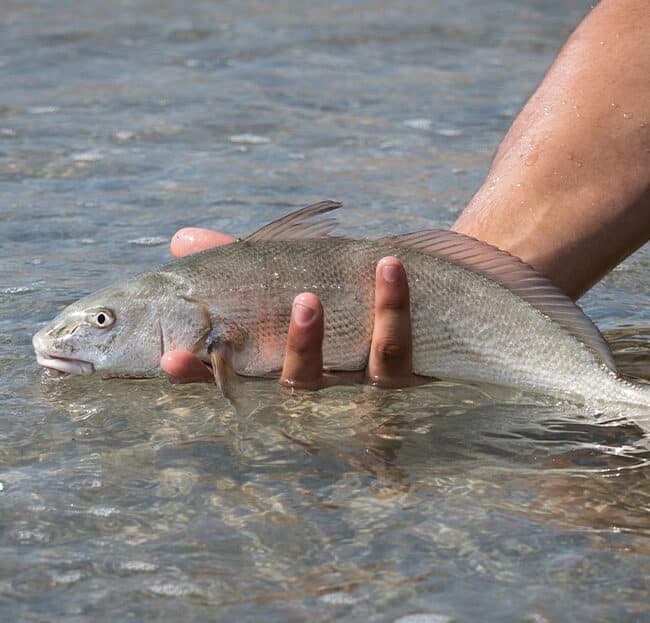 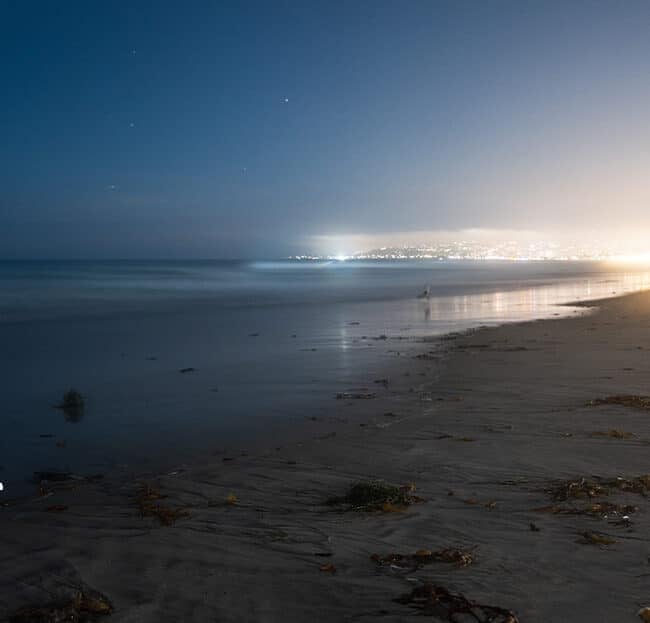