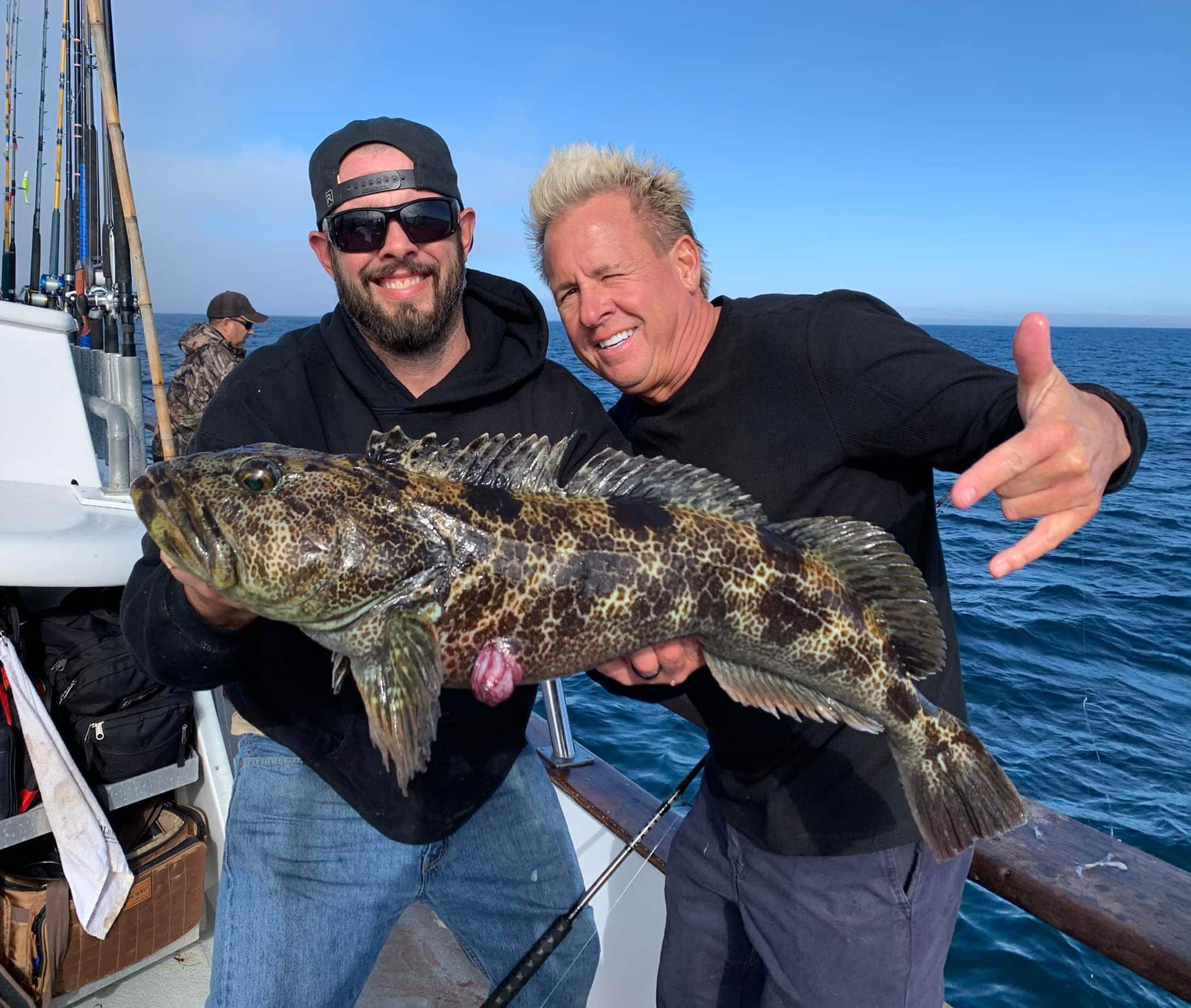 Despite the weather changing from hot and dry to cool and damp, the winds have remained reasonably calm on the water over the last couple of weeks and the fishing has been as good as you’d expect it to be at the beginning of December. Better yet, we’ve got at least another week of mostly windless fishing weather ahead of that. And with squid showing up in several areas around Southern California, there might be better fishing yet to come.

As has been the case the last few weeks, the rockfish bite around the Channel Islands continues to be the most consistent game in town. Both the Coral Sea out of Sea Landing and the Aloha Spirit out of Channel Islands Sportfishing have been loading up on quality reds and lings on their recent full-day trips. There is squid at Santa Rosa and Santa Cruz Islands and while there haven’t been any big hits on seabass or yellows, there are some fish around, so that may change in the future. My friends Larry Heron and Scott Summersgill fished bass at Santa Cruz Island last weekend and reported excellent fishing on Big Hammer swimbaits.

This weekend’s weather around the Channel Islands looks great for sport boats on both days but it might be a little windy for the skiff guys around Rosa on Saturday. If I were trailering my boat up there, I’d probably go Sunday just to be on the safe side. That little bit of wind on Saturday is going to be affecting San Nic as well, but it won’t impact the sport boats fishing at the island. During last week’s weather window, a couple of friends of mine made the run to the island in their skiffs, one to fish calicos and the other to target rockfish. While the bass and junk bit for the guys fishing shallow, Brandon Vulgamott stuck to deeper water and loaded up on big reds and lings.

Matt Kotch and I ran out of Long Beach on Friday with the intention of fishing crankbaits in the inner harbor. After a couple of hours without a bite, we bailed and ran outside to fish sand bass. Despite being handicapped due to a dead house battery and no fish finder, I was able to use the Navionics app on my phone to get on spots and the sand bass bite was really good on the small stones in front of Long Beach harbor. I’d imagine that someone with functioning electronics could probably go out and have a pretty good day out there.

The bass bite has been pretty good in Santa Monica Bay as well. Boats fishing with live squid have been reporting easy fishing on sand bass and calicos on the artificial reefs scattered around the bay. The best news of the week for bass fishermen is that the oil spill closure was lifted along the coast this week. I plan to take advantage of it by cranking the pipe and fishing the coast below Newport Harbor at some point this weekend.

Finally, the bluefin tuna are still biting for boats fishing the Cortes and Tanner Banks. The fish are mostly sub-30-pounders but there are some bigger fish around. According to a report that came in from the Freedom out of 22nd Street Landing on Thursday morning, there are enough bigger fish around to cause trouble for guys fishing lighter lines. They had several guys get spooled fishing with a 40-pound test and landed one fish that looked to be over 150-pounds. Good luck if you’re fishing this weekend!