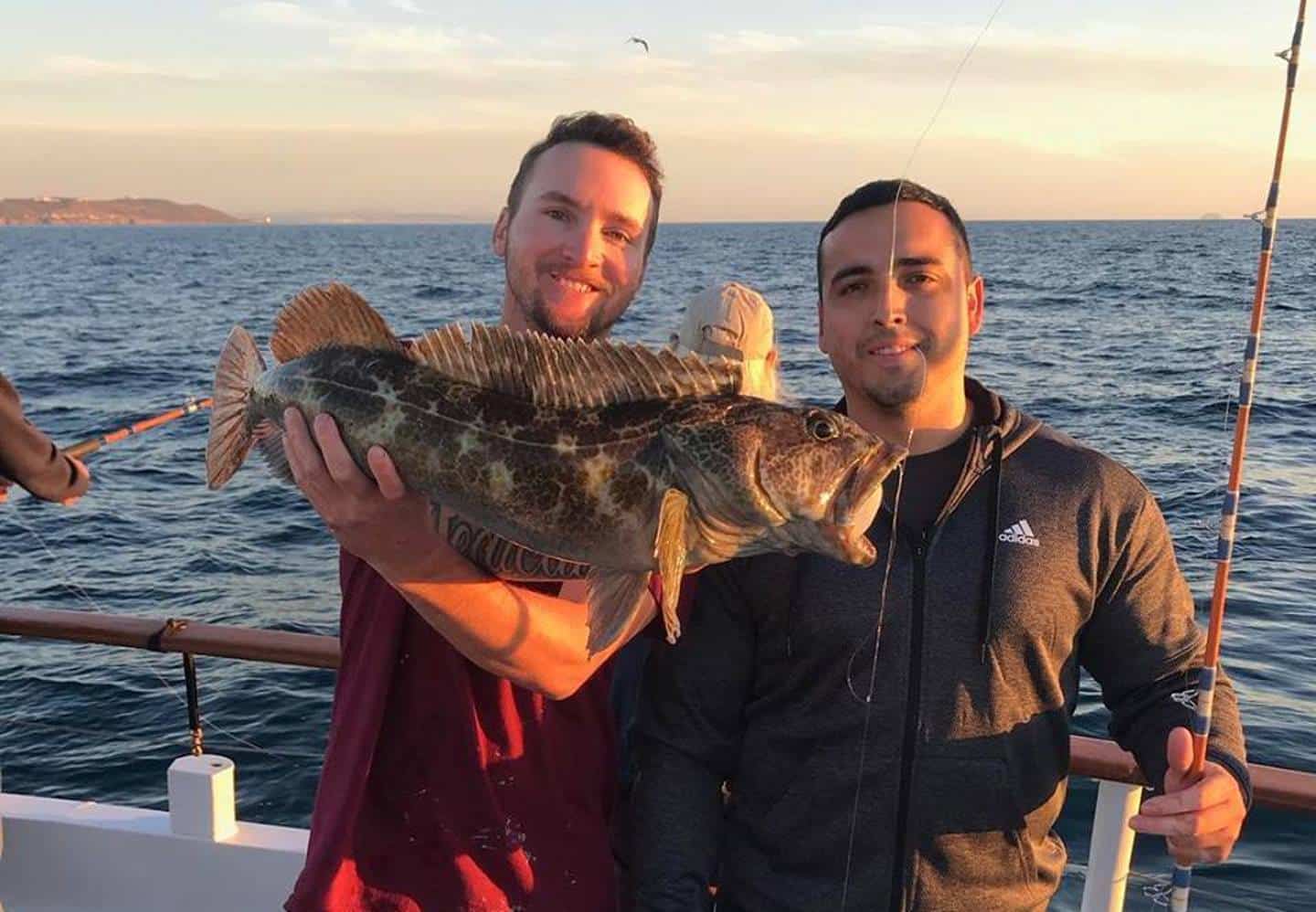 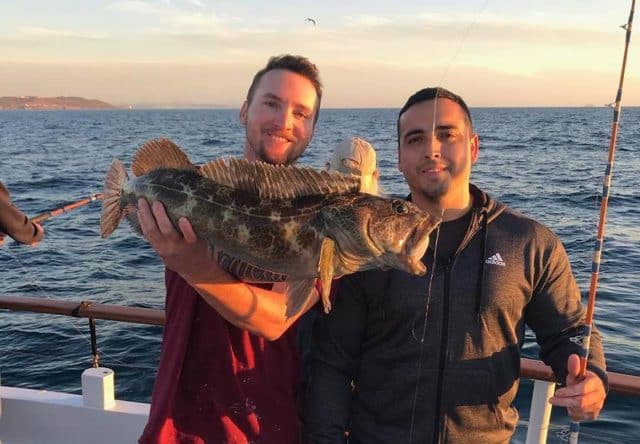 The wind blew as strong as forecast last weekend but a few boats made it out to the tuna grounds once the weather came down. The good news is that they found bluefin and some boats, including the Fortune out of 22nd Street Landing, were lucky enough to catch limits. The bad news is that the tuna grounds took quite a beating during the wind and the main bite zone was left in tatters. 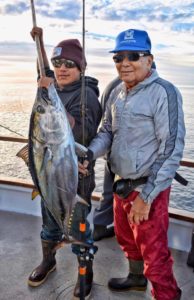 Things will likely have changed again by the time you read this, but earlier this week the bluefin were mostly small with a few fish in the 30-pound range caught. Also, the fish were line shy and most were caught by anglers willing to downsize to 15# or 20# fluorocarbon leader and a small hook. While it’s cool that we’re still catching tuna in December, this is a very far cry from the wide open action on big fish we had last month. I’m not telling you to stay home, I just want anyone who is going to be mentally prepared for the reality of things. There wasn’t enough boat coverage to get a full picture of things but there were some non-biting larger tuna seen. There’s good weather in the forecast this morning so hopefully there will be more boats looking around. If you’re heading out I suggest bringing along high hopes, but don’t forget the light line and small hooks in case things don’t improve. 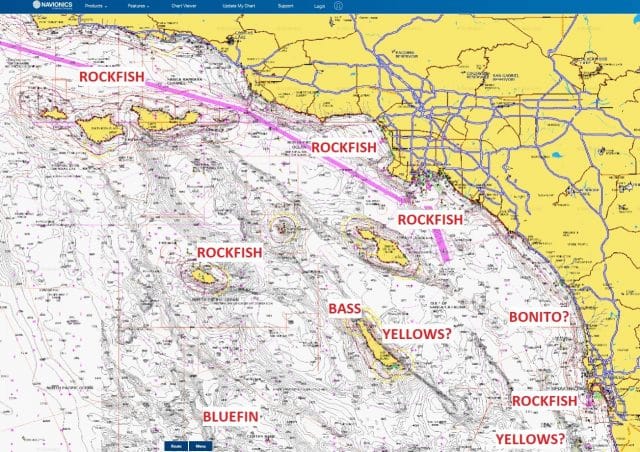 Sadly, this week’s Navionics Chart doesn’t offer much more than rockfish and question marks. The weather looks good for the Channel Islands this weekend and I’d imagine that rockfish is going to be the only item on the menu up there. I’m sure the rockfish are also biting at San Nic if there are any boats that have trips online this weekend. I’d imagine that all of this rain is going to have the coast calicos off the bite but I’m sure they’ll be biting at Clemente and probably Catalina. There were some yellows biting a couple weeks ago on the frontside of Clemente and I’m sure they’re still around, but have no idea if they’ll be in a biting mood.

There were some bonito biting around Oceanside before the rain, but boats will need to relocate them. There’s not much other than rockfish happening in San Diego but they’re getting some quality fish on their 1/2-day trips like the lingcod at the top of this article that was caught aboard the Dolphin earlier this week. There were some yellows that were sort of biting at the Coronados but its anyone’s guess as to what’s happening down there now. I know the fishing outlook isn’t all that great but I suggest heading out anyway because next weekend we’ve got this to look forward to… 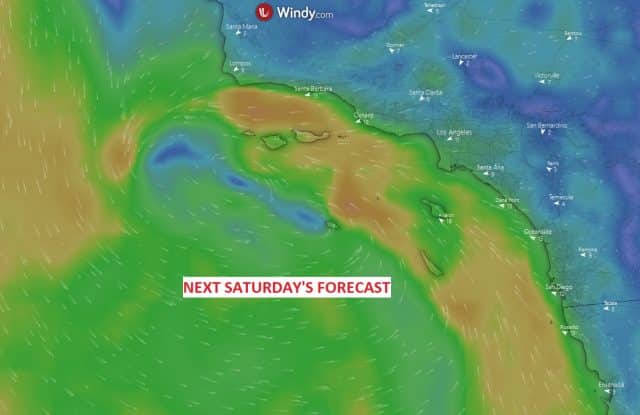