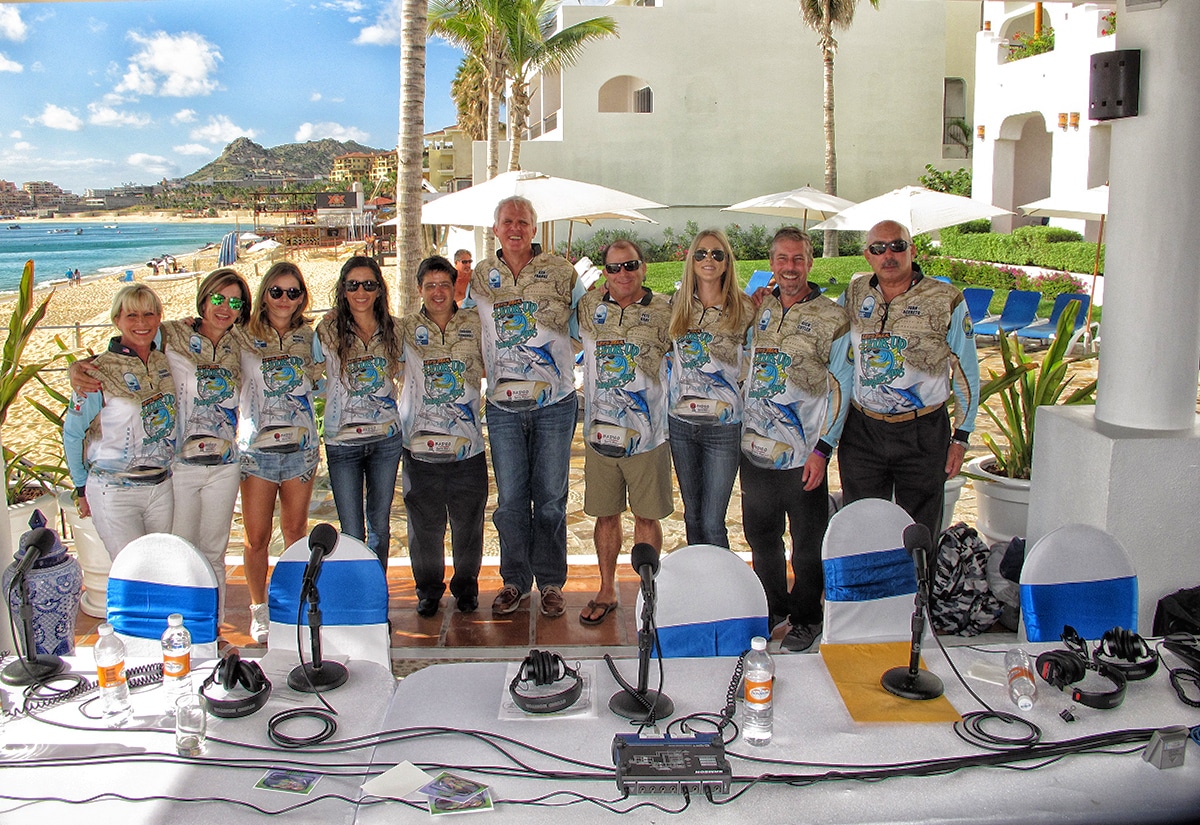 On May 12, 2015, headlines in the Sea Trade Cruise-News “San Diego officials see Mazatlán poised for cruise recovery” validated the visit of the Sportfishing Association of California’s efforts in conjunction with officials from the Port of San Diego and the San Diego Port Tenants Association, whose visit in April of that year had confirmed that both Mazatlán and the Port of Mazatlán was revitalized, safe and ready following a joint trade mission to that city. The purpose of the mission was to promote and restore maritime, commerce and tourism trade.

The Pacific ports in Southern California and Mexico represent regions of business opportunity and they share areas of interest which include cruise and product shipping, yachting, marine recreation and tourism. The trade mission also included a tour of the city, its cruise ship terminal, as well as the public safety facilities of the Mazatlán Police Department.

The Port of San Diego participated in order to establish direct communications between the leadership of the two ports on both government and business levels. Subjects discussed included cruise destinations, visitor safety and maritime business opportunities. 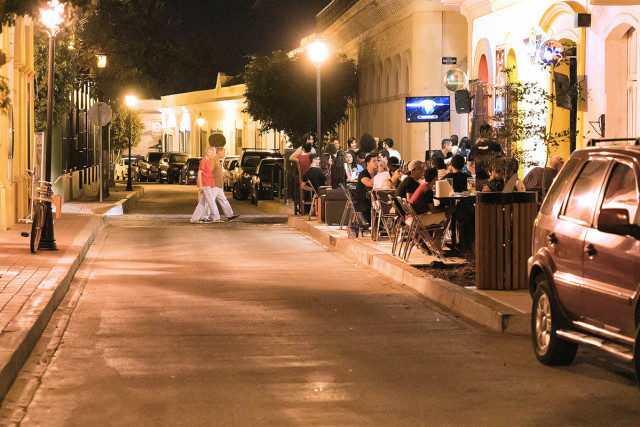 “It was a delight to see how well the leadership of Mazatlán has renewed and revitalized this lovely city,” Port of San Diego Chairman Dan Malcolm said. “The beaches, restaurants and hotels were immaculate, and the beachfront boardwalk had a lively atmosphere, with artwork, fountains and palm trees. The Port of Mazatlán has all the facilities needed to serve cruise ships and visiting yachts.”

“Most importantly,” he added, “the people of Mazatlán are friendly and welcoming.”

“The port is poised and ready to restore its status as a marine recreation and cruise ship destination. It’s clean, safe and customer-friendly,” agreed Ken Franke, President of the Sportfishing Association of California. “We were especially impressed with the measures taken to enhance public safety and ensure that visitors to Mazatlán have a safe experience to remember.”

The trip was organized by SAC, (Sportfishing Association of California), a marine industry association representing tourist companies throughout Southern California and Mexico. The group is seeking to enhance US-Mexico trade, specifically in marine recreation in the form of diving, sportfishing, yachting events and general maritime business.

Encouraged by the results of last year’s efforts on April 21, 2016, Captain Ken Franke led a team consisting of Kenia Zamarripa, SAC’s Director of Marketing and International Affairs and the “Let’s Talk Hook-Up” crew which included Pete Gray and his sound engineer, Rick Cutler, (Hookup1090.com) that returned to Mazatlán.

The goal this trip was to promote sportfishing and other recreational opportunities in the region using the same techniques similar to the previous year, when they successfully encouraged the return of the cruise ships and visiting yachts to Mazatlán.

The Cross Border Xpress (CBX) at Otay Mesa has served the public since opening on December 9, 2015. It has had an average of 2,000 passengers per day utilizing the facility on a typical day, and approximately 5,000 passengers per day using the crossing during peak holiday travel periods, according to Elizabeth Brown, spokesperson for CBX.

The entire Mazatlán-bound group arrived at the border in one vehicle which was left in the CBX adjoining parking lot for $15 per day. The simple check-in process cost $24 per passenger round-trip. After filling out an FMM, (no charge since the trip was less than a week), boarding passes verified, baggage inspected, and a brisk walk across the enclosed pedestrian bridge — approximately 390 feet long, they soon arrived in the lobby of the Tijuana Airport and were standing at the Volaris Ticket Counter — the first line encountered since entering the building on the U.S. side. After checking luggage they headed to the Boarding Gate with nearly a half-hour to spare. 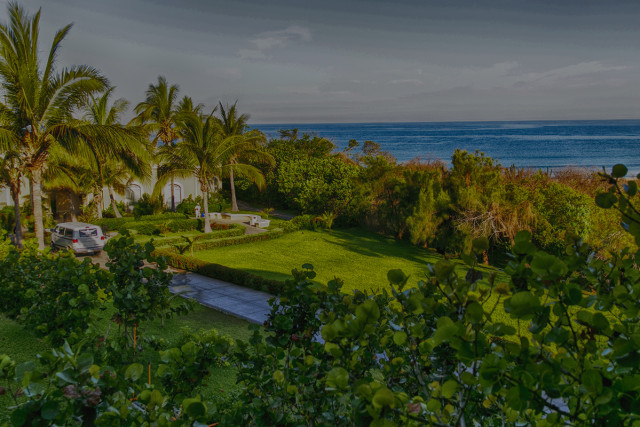 Upon arrival, the entourage was gathered up by Señor Juan Acereto – President of Sinaloa’s Sportfishing Association in Mazatlán and they were driven to Pueblo Bonito, Emerald Bay and host hotel for the short two-day visit. 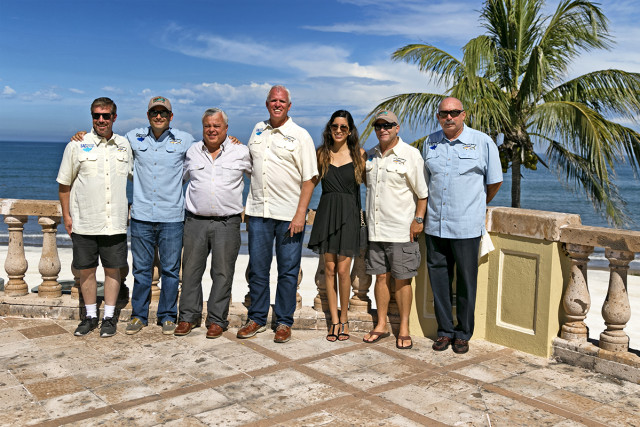 The following morning the day began with a press conference. With Kenia Zamarripa translating, Captain Ken Franke, Pete Gray, Juan Acereto and Esteban Balderrama – Undersecretary of Tourism Promotion & Operation for the State of Sinaloa, welcomed the local press, local officials and other guests.

Franke briefly described the goals and successes of the team’s 2015 visit. He described how the Port of Mazatlán and surrounding areas had been renewed and revitalized and now offered all the facilities needed to serve cruise ships and visiting yachts. He reiterated how the people of Mazatlán were eager to welcome visitors and tourists. He added that according to Alfonso Gil, General Director, Port of Mazatlán, currently over 90 cruise ships are scheduled to stop in the Port, a remarkable improvement over the one cruise ship that visited Mazatlán in 2012.

Then the guests described the many exciting and diversified sportfishing, recreational and tourism-related activities found throughout the city and the surrounding areas, adding their views on the importance of the program, and concluding with a robust question-and-answer session before closing.

The following morning the SAC group and special guests along with spectators and members of the press, gathered on the sun-bathed Pueblo Bonito, Emerald Bay terrace overlooking the Pacific Ocean. 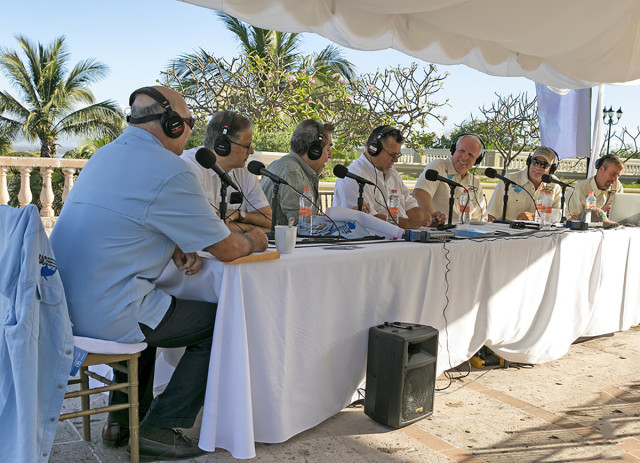 They were followed by Jose Gamez and Esteban Balderrama, who expanded on the number of airline flights available and the convenience of the Cross Border Xpress (CBX) at Otay Mesa. 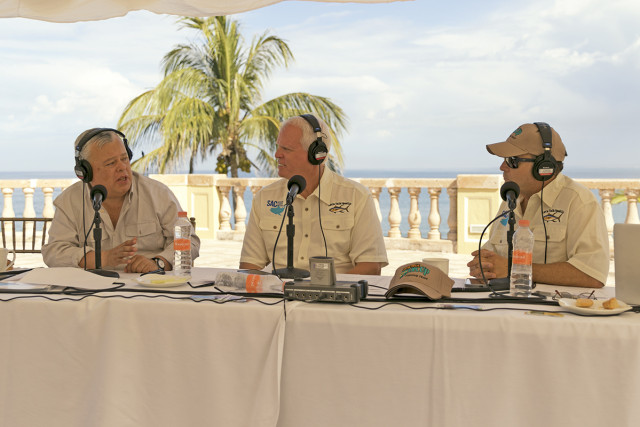 The second hour was devoted to Mario Aguilar, discussing the importance of cooperation between his agency, CONAPESCA, SAC and National Marine Fisheries. He fielded many caller’s questions and comments, including a call from Scott Sherman, San Diego City Council, representing District 7 on behalf of the Hon. Mayor Kevin Falconer, San Diego. Sherman praised the Commissioner’s ongoing cooperation on behalf of the San Diego Unified Port District and U.S anglers visiting Mexico. As the program came to a close, Aguilar commented, “Twenty-nine-million visitors who come to Mexico every year can be assured that sportfishing is one of Mexico’s most treasured industries that we intend to protect and improve.”

Captain Ken Franke added, “Mazatlán is an important hub of sportfishing in Mexico and simply stated, SAC wants to ensure that U.S. anglers visiting the country have a memorable trip.”

In closing, Pete Gray observed that SAC has developed its website into an important resource for anglers and boat owners planning to visit Mexico in the future. 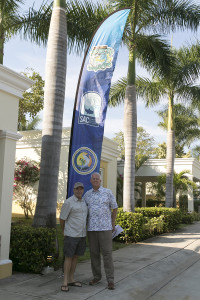 Later that afternoon before returning to San Diego, Franke explained that when the Mexican Government began implementing a number of policy changes regarding angler access, licensing and bag limits in 2014, Sportfishing Association of California (SAC) with Board approval, expanded its efforts to increase understanding and dialogue and encourage ongoing communication and cooperation between sportfishing leaders and the local governmental officials in Ensenada to the north, Los Cabos to the south of Baja and Mazatlán on the Mainland. 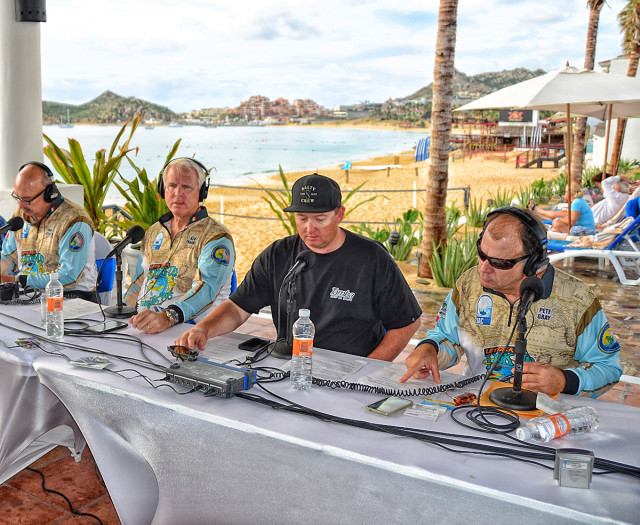 Since the program’s inception, the SAC core team, Captain Ken Franke and Kenia Zamarripa; Alayna Siddall, Director of Science and Communications; along with the “Let’s Talk Hook-Up” crew which included Pete Gray and his sound engineer, Rick Cutler, (Hookup1090.com) have continued to fine-tune the program.

The effort has gained momentum as an impressive list of individuals, community leaders, politicians and interested organizations have contributed their time and expertise. 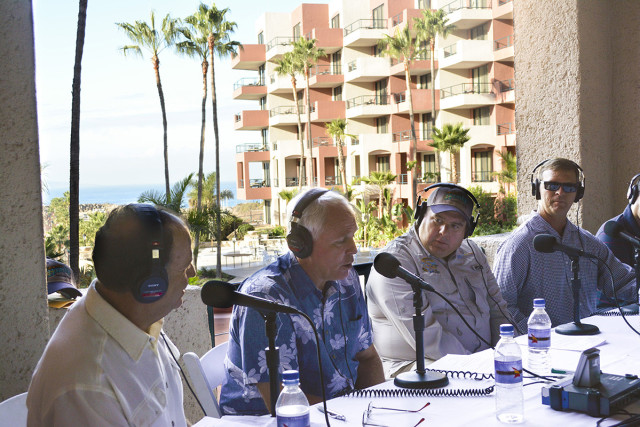 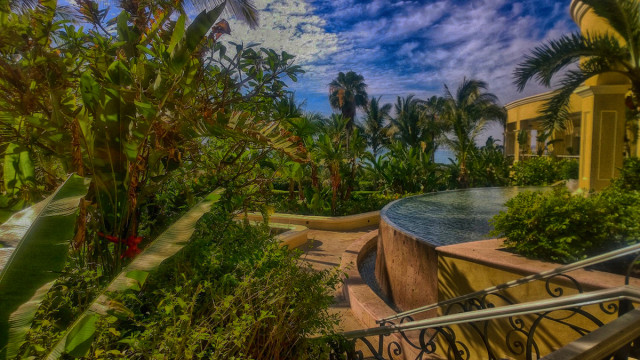 In Mazatlán, participants included: Dan Malcolm, Chairman of the Port of San Diego Board of Port Commissioners; Randa Coniglio, Executive Vice President for the Port of San Diego; Acting Harbor Police Chief Mark Stainbrook; Cloward, and Franke as well as the 1090 show team, Gray and Cutler.

Carlos Felton, Mayor of Mazatlán; Frank Cordova, Secretary of Tourism for the State of Sinaloa; Alfonso Gil Diaz, as well as other members of the government of the Sinaloa State. 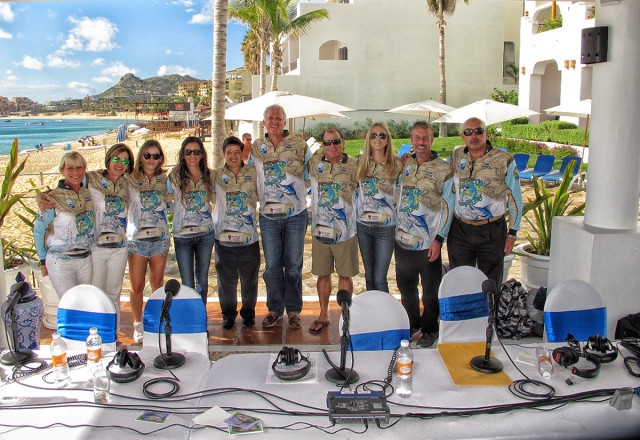 The Sportfishing Association of California, a non-profit organization, has woven a message that seems to have successfully resonated with community and business leaders as well as with the sportfishing associations in the various destination locations. This is a giant step toward restoring regional tourism and will facilitate job growth on both sides of the border.

Ken Franke summarized SAC’s effort. “A tremendous amount of positive dialogue has occurred.  Strong relationships are being forged that hopefully will encourage all of us to work together for the betterment of sportfishing in both countries.”