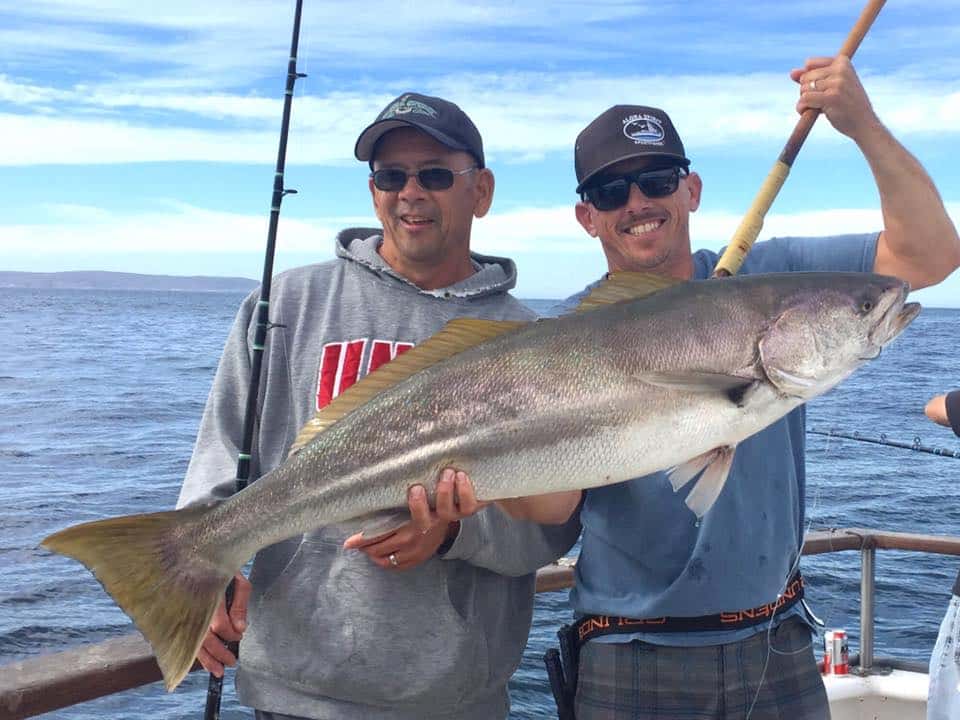 Happy New Year Salties!
When I first started my So Cal Salty blog, December of 2010, I created a list of the Top 10 game fish in Southern California.  Part of my motivation in creating the list was the blogging seminar that I attended prior to starting SCS said that readers loved lists…especially debating the merits or fallacies of said list.

My other motivation was that I noticed a lot of the people I fished with tended to fish their home boat and nothing else.  There are a handful of boats where if you fished just that boat all year, you could have a chance to get all 10 fish.  My hope though was to push people out of their comfort zone and enjoy all the rich and varied fishing experiences that SoCal has to offer.

When we started to see the effects of El Nino kicking in back in 2014, I set aside the list temporarily.  Having never experienced El Nino as a regular angler, I just wanted to enjoy the entirety of the experience as it unfolded.

I didn’t want to be worried about catching a sheephead for example, when the opportunity to catch a wahoo presented itself!

What is the top 10 game fish in Southern California?

Now that it’s probably over and we head into a more “normal” fishing season, I want to re-introduce the Top 10 game fish in Southern California.  Here they are, ranked in reverse order of a combination of difficulty to catch and how prized they are for table fare.  The list is also from my perspective as primarily a sportboat angler.  You may disagree with some of my choices, but it does take some doing to catch them all in a year.
10. Rockfish – the most “accessible” of all the fish we catch.  Catching them could be more difficult this year.  The warm water pushed these fish deeper, so don’t take for granted good rockfishing when the U.S. season re-opens March 1st.  Until then, you can get a jump fishing in Mexican waters.

9. Barracuda – has to be on a jig.  Catching one on a dropper loop when you’re trying to catch something else is annoying.  Maybe they’ll return to Santa Monica Bay this year?

8. Sheephead (aka That Damn Fish) – everyone has a fish that for whatever reason poses an issue for them catching.  This one is mine.  It can’t just be a legal either.  Pinkies don’t count.  Only a male in full red and black will do.

7. Corbina – the lone surf fish, but if you fish from the surf catching a “bean” is a huge accomplishment.  You’ll see them way more than you’ll catch them.

6. Bass – who doesn’t love catching bass?  Get out in January or February on a local boat and catching a legal bass could very well win you a jackpot.  Or try winching one out of the heavy Point Loma kelp…without the right setup and knowing what you are doing, it’s an exercise in futility.  See if you can catch one before summer when the water warms up and they get more active.

5. Lingcod – one of my favorites both for catching and eating.  For a lot of people though, especially if you don’t get up and fish in the 805, it’s tough to put a legal in the sack.

4. Halibut – now we’re getting into rarefied air, especially when fishing from sportboats.  It’s fairly easy to get out on a skiff and catch a legal if you are targeting them.  However, on a sportboat, the logistics of putting a whole boat on them as a target species is difficult.  It’s worth putting in time on the beach or on drift trips during the rockfish closure.

3. White Seabass – talk to a lot of Southern California anglers and ask them what fish they haven’t caught yet.  For many, the white seabass will be that fish.  An El Nino wsb was the rarest of catches.  It should be easier this year, but you’ll still want to use a sick day (or 2 or 3) when they start hitting up north.

2. Tuna – hard to think that after the abundance of bluefin we had in 2016 that it won’t be easy to catch tuna again this year.  Think to years past though when catching them in U.S. water was unheard of and traveling 100+ miles south in the hopes of finding that biting school wasn’t a given.  On the flip, maybe albacore come back?  The PV trips are also really popular from now until April or so to chase cows. 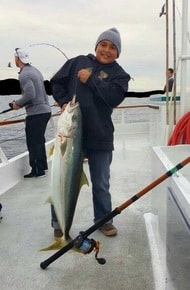 1. Yellowtail – c’mon…any trip that you catch a yellow is a good trip.  Of all the top gamefish, I put yellows on top because there are so many ways to catch them and it can happen on any trip.  Hopefully, we kept a lot of the fish that migrated up with the warm water.  I will hopefully check it off early at Colonet.  I’m going to ride the Dominator this weekend to give it a go.  They also started to bite local a little bit (Dec 30th) on the New Seaforth (right).