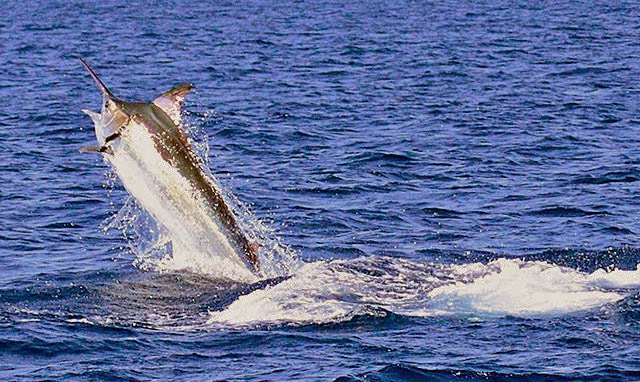 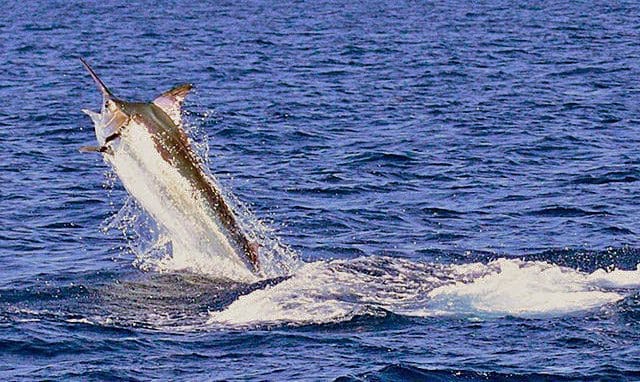 The 37 boats released 32 to 35 billfish each day with a large number of those billfish releases being blue marlin.

The fleet released 95 video-verified billfish, consisting of 56 blues, 36 stripes, and three blacks … great results for both Cabo and our tournament anglers! 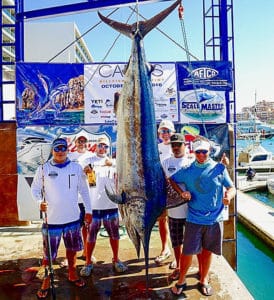 In the end, this year’s overall 18th Annual Los Cabos Billfish Tournament winner was Team Pangalisa, thanks to their 378-pound black marlin weighed in by John Dominic on Day Two. Dominic said that he has placed First or Second in just about every tournament he’s fished in, but this was his first time placing in this event, and the first time he won anything with a black marlin. The team consisting of Mike Hennessy, Gonzalo Castillo, John Domanic, Phillip Davis and Alfredo Castillo earned $84,650 for their efforts plus an invitation to the Offshore World Championship. 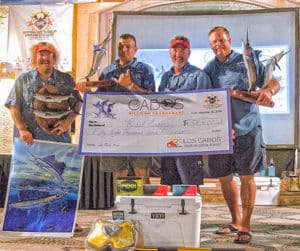 Last year’s winner, Team Reel Energy, came in a close second in the Overall Category with a 370-pound blue caught by Brian Walley on the first day of fishing. The team also lost a much larger fish later that same day when they pulled the hook just 80-feet from the boat after a three-hour fight. The team consisting of anglers Luis Zumaeta, Steve Hewitt, Brian Walley and Tawny Walley and Captain Horace Barge should be consoled by their Second-Place finish and their check for $58,400. 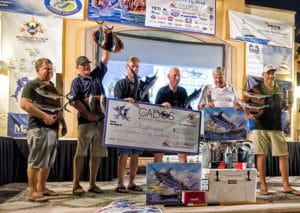 In just one more example of “it takes money to make money”, team Chupacabra combined a Third-Place finish in the Overall, with an “all-in” entry form, to parlay the largest share of the winnings in this year’s Los Cabos Billfish Tournament. By the other two teams landing fish only in the Level I and Level II dailies, angler Blake Stamper’s 321-pound blue marlin — caught during the last two hours of the last day — earned team Chupacabra a whopping $226,050.00! The fish took the rolled-over Level III and Level IV dailies from Day One and Day Two plus all four dailies on Day Three and the Winner Take All Jackpot. The Chupacabra team consisted of Captain Clay Hensley, Jason Douglas, Blake Stampler, Don Stampler, Bo Jenyns and Don Logue.

With so many blues and stripes coming to the boat, the race for top release boat was a tight one. 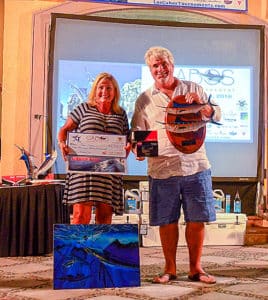 Team Sea Angel took an early lead on Day One, releasing four blue marlin to clinch the Day One Daily worth $8,700. But Sea Angel’s real heartbreak occurred on Day Three when Austin Angel hooked a 500-plus pound fish at 9:20 a.m. He fought the fish until 3:55 p.m. before pulling the hook. It was a double shame since they were in such a tight race for the release prize as well and all that time spent on the big fish could have meant more releases. Sea Angel wound up in Fourth-Place in the Overall Release category. Team Sea Angel consists of Greg Angel, Austin Angel, Chance Angel, Juan Carlos, Federico Ortega and Nolan Ruaunswinter. 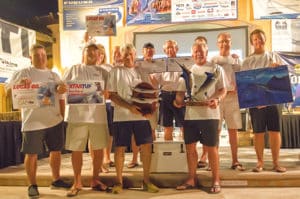 Team Sol Pursuit emerged from the pack as the winner in the Overall Release Category, releasing seven blues and one striped marlin, earning 3,600 points and a check for $17,500 when adding in their $8,700 in winnings from taking the Day Two Release Daily. Team Sol Pursuit is made up of anglers Mike Watts, Chris Watts, Eric Linthicum, Gary Linthicum and Clay Denk, Greg Denk and Captain Stephen Downsworth. 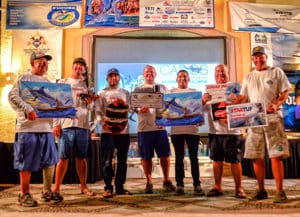 Team Reel Quest, however, managed to snag the Day Three Overall Release Daily worth $8,700. Reel Quest also managed to get some of the gamefish money by weighing in Dick Lanfield’s 59.50-pound yellowfin on Day One to earn a check worth $7,875.00.

Day One Wahoo Jackpot went to Henry Swain’s 30.8-pound speedster, earning the Rocky Mountain Hooker’s team $7,875 for the day’s catch. (No dorado were weighed during the event that met the minimum weight so the dorado money was split between the six winners of the tuna and wahoo dailies.)

Team Feeling Azul cashed in to the tune of $7,875.00 when angler John Schultz weighed in a 28.2-pound wahoo to take the Day Two Tuna Daily Jackpot, and angler Joe Assenza on Team Oh So Rojo earned the same sum with a 28.1-pound wahoo that took the Day Two Wahoo Jackpot. 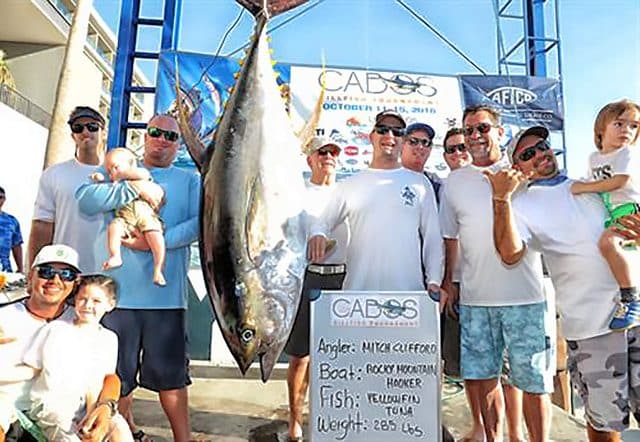 On Day Three, the gamefish category became much more competitive with much larger fish coming to the scales. Mitchell Clifford on Team Rocky Mountain Hooker caught the biggest gamefish in that category on Day Three and his 285-pound yellowfin tuna earned the team a check for $7,875.00. 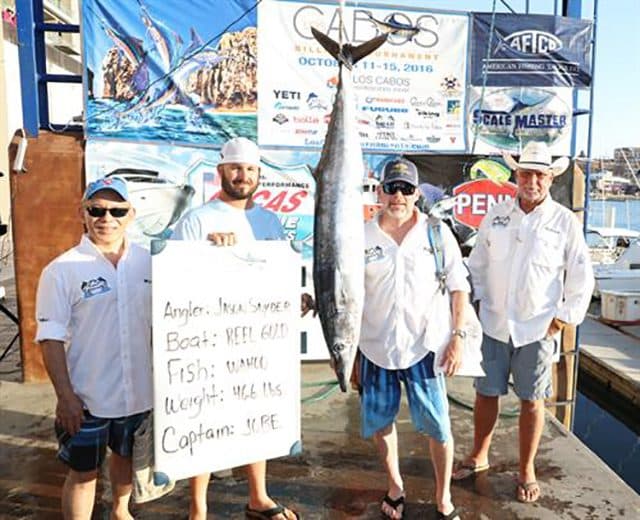 Jason Snyder on board Reel Gold also scored a nice payday for his team by catching a 46.6-pound wahoo that took home the Day Three Wahoo Jackpot worth $7,875.00.

In a new twist for this 18-year-old event, this year the tournament added a Top Captain 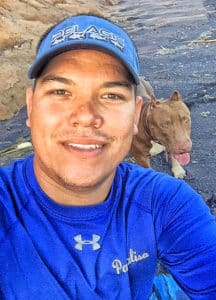 cash prize which went to Captain Gonzalo Castillo on the 31-foot Edgewater, Pangalisa, for the team’s catch of the tournament’s largest fish — a 378-pound black on Day Two; Captain Castillo earned a check for $8,500 for leading his team to victory.

The tournament is presented by the Los Cabos Tourism Board and culminated with a delicious surf-and-turf awards dinner at the beautiful Playa Grande Beach Resort, which provides excellent accommodations and a base for the Los Cabos Tournament Control Team.