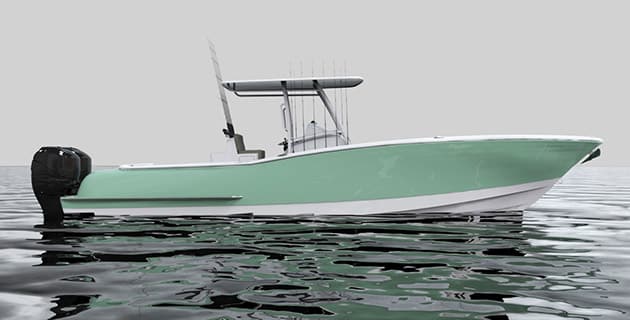 The Back Story of Mag Bay Yachts

In 1969, Mike Howarth began his career building fiberglass tooling and plugs for wood boat construction in Southern California. He was a pattern maker for boats and it was the beginning of a long career in boat building. Later he moved on to Pacific Trawler and Islander Yachts. It was during his time at Pacific Trawler that Mr. Howarth became acquainted with Henry Mohrschladt who shared his passion for boat building and design.

Before long, they co-founded their own company, Pacific Seacraft, where they enjoyed many successful years building sailboats. Mohrschladt specialized in mechanical aspects and concepts, and ran the office and the advertising side of the business. Howarth was happy to be in the back, doing the boat building itself.

In 1989 after the production of thousands of sailboats, the business was sold, but the partnership was far from over. One year later, the two began work on a 35′ flybridge sportfisher, and a year after that they introduced the first Cabo to the world. Based in Adelanto, California, this new company placed tremendous efforts on building the best boat available. The fit and finish was second to none and their commitment to customers and boat dealers alike created a winning combination.

Howarth explained, “We started Cabo with Henry, myself and one employee. When we sold it we had 540 of the best people around. I honestly believe we were blessed with the best craftsman in the world. A boat is one of the few things in this world that are still built by hand, so the quality of the build depends on the individual craftsman and the pride he takes in his work.”

After a sixteen year run, Cabo Yachts was sold to Brunswick Corporation. In 1989, Barrett Howarth was born and as he grew older, he cut his teeth on boat building. Even his crib was a custom boat. He grew up in the shop, learning to work the craft, but first how to sweep the floors. He has been immersed in the boat-building world and like his father, shares the same passion to build the best boat possible. So as Barrett grew into his early 20’s, it was only natural that the father and son team would once again gather the cream of the crop from their old boat building team and set out to once again set the standard for quality in boat building. This time the vision has taken the form of the 33-foot Mag Bay center console. With the collaboration of Michael Peters Yacht Design in Sarasota, Florida, the Mag Bay has taken shape from a few sketches on a piece of paper to the almost complete boat sitting on the factory floor.

Mike Howarth explained, “We know there are other good boats being made out there, so our goal is to be known as one of the finest made boats on the market. It is crucial that all of this effort is built upon a well-designed hull and for that reason, we use Michael Peters to create our designs. He did the last five of Cabo’s hulls and is regarded as one of the leading designers today. One has to put a lot of effort on the front end of the design to ensure the final product will be at its best.” So much time and commitment go into the making of a boat that it consumes the thoughts and energy of the builders.

Both Mike and Barrett spend many full days that stretch long into the night, working on this labor of love. Barrett talks of boat projects he tackled as a young man, “ I started off building these little 8-foot boats. We had a mold at Cabo and the guys would lay a boat up for me and I would do the seats and interior. The first one I did was so overbuilt it wasn’t even practical and we cut it up. When I was 14 or 15, I built two of these boats in my parents’ garage in Newport and sold them to local kids. We had to go and apologize to the neighbors for the smell of resin. Those were the first boats I built for someone else. I also enjoyed redoing a Boston Whaler and various other small center consoles.”

But like his father, Barrett is quick to credit their team as the secret to their success. “All of our crew built boats with my father at Cabo and they are like family. Their hard work and dedication is why our vision has become a reality. They are the heart and soul of this operation.” Barrett went on to explain, ”We work hard, but also enjoy cookouts and Holiday gatherings. My parents cook and we have a great time. This team’s bonding is a big part of the quality equation. Our crew really takes pride in the boats they are building too.” Of course this love of boats also lends itself to a love of life on the water. Fishing, exploring and water sports were a big part of Barrett’s upbringing. His modest attitude and hard work has earned the respect of his peers and co-workers. The Mag Bay has an overall length of 33-feet and six inches and a ten-foot beam. The boat will have a displacement of around 9,900-pounds and only draft about two feet. She will be powered by twin outboards and sport plenty of range and economy. Though a “semi-production” boat, each client will have a choice of several layouts.

What many builders list as options will be included standard on the Mag Bay, but a list of additional, customizable options will allow each customer to tailor the build to fit their style; be it fishing, cruising or both. Speaking of style, the Mag Bay is a thing of beauty to look at as well. A well-proportioned “Carolina flare” sweeps back to the classic tumblehome in the stern. Tumblehome is a rounded feature to the hull that is normally enjoyed by big custom boats.

The Mag Bay will turn heads whether you are fighting tuna and marlin, cruising to the sandbar, or hanging at the dock. Ample storage and user-friendly access to behind the scenes areas are also themes that are held dear to this build. In fact, unlike most other boat builds, the rigging and wiring are done after the boat is assembled to ensure that nothing is buried or inaccessible for future work and additions. While this method requires more work at the factory, it leaves the boat fully accessible for future owners and is a prime example of the “quality first” mentality that permeates any Howarth built boat.

For these many reasons, the Mag Bay will build a loyal following of customers and dealers, as did the Howarth-built Cabo Yachts before it. The finishing touches are being put on the boats and the first public unveiling will be coming soon at the Palm Beach Boat show in Florida.

You can visit the Mag Bay Facebook page and see pictures of the boat’s progression from a father and son’s vision to a thing of beauty. 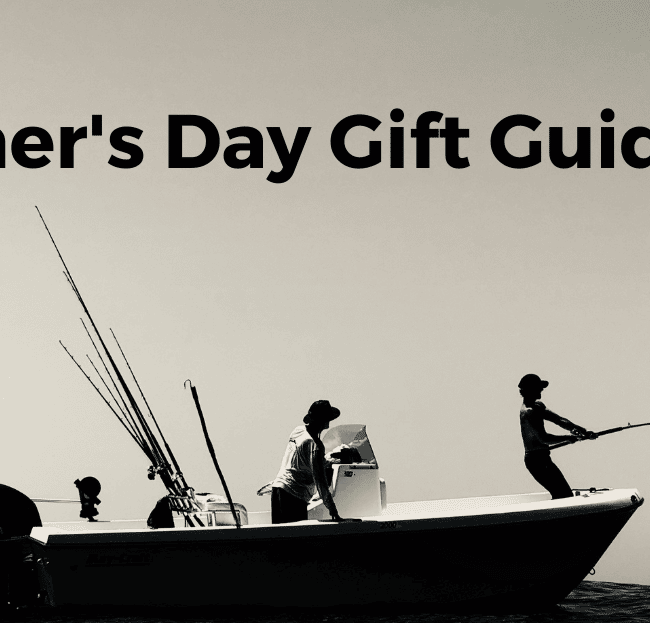