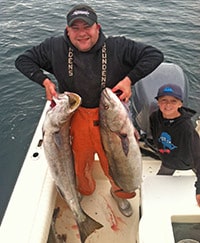 Written by brett-weinberg
You are using an out of date browser. It may not display this or other websites correctly.
You should upgrade or use an alternative browser. 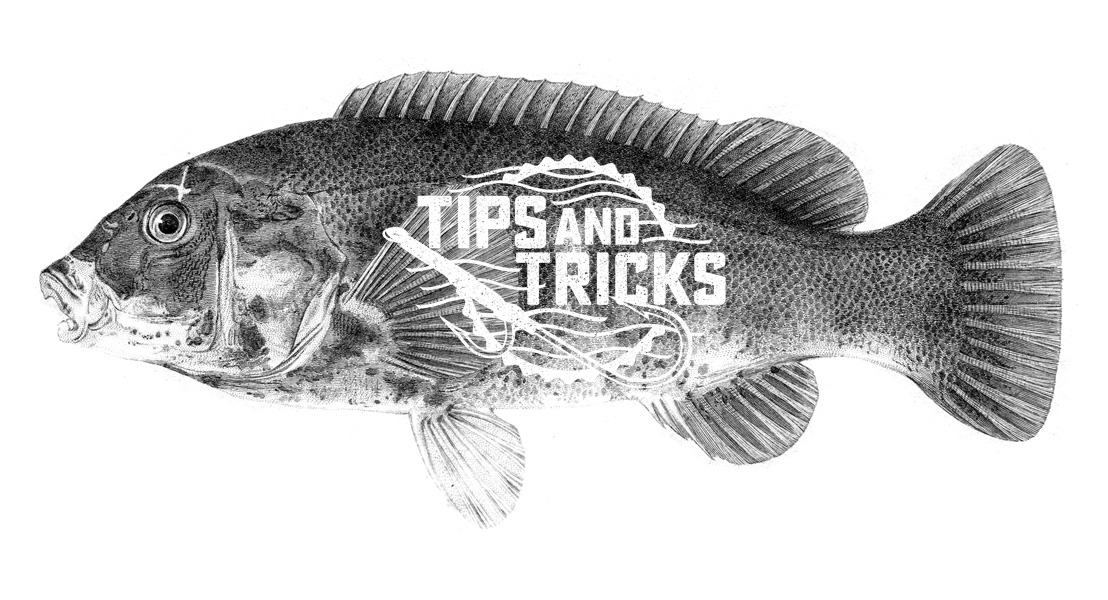 There’s a fish that resides in the cooler waters of the Northeast, it’s akin to our West Coast Sheephead by way of dentition and similar outline. While not as colorful and definitely uglier it has captivated the hearts of fishermen on the East Coast in a way that I don’t think the Sheephead ever will here in California.

As an avid angler, I’m continually inspired by fisheries from around the world, and fishing for Blackfish is one that has my attention. I’ve had numerous encounters with East Coast fishermen that adore targeting this species and while I may not understand it until I myself go back east and catch one, we thought we’d let a true lover of the pursuit explain this admiration and how to. Mike Murciano, BD OUTDOORS

It’s blowing 20 from the Northeast, you are staring at 4-5’ of white capping wind slop, the water is cold, the air is even colder, and hands and feet feel like blocks of ice.   Despite all of that you’re out.  You feel the slightest, subtlest movement of your sinker perched on the bottom.   You aren’t sure but you swing.  The next thing you know your rod is crumpled in a U, you get several cranks off the bottom, and then bang the fish turns dumps all the line you just got, and everything goes slack as you get broken off in the reef below.   Heartbroken, frozen you re-tie, you pin on the next crab as fast as you can and drop it down waiting for that next subtle change or tap as thoughts of the fish you just lost race through your head.  This is the scene that plays out every fall and winter from North Carolina to Massachusetts for anglers addicted to what I think is the finest bottom fish to grace this planet, the Tautog most referred to as the blackfish or Tog for short.

Blackfish will never be mistaken for often beautiful reef-based bottom fish like snappers and groupers or even other members of the Wrasse family-like West Coast Sheepshead.  They don’t grow too big sizes, a fish over 10lbs is a trophy and one over 12 is a fish of a lifetime and most state records are around 20lbs.   Rather the obsession for these fish stems from how tricky they are to catch and how the pattern changes daily, even with the same conditions.   You can be on a party boat with 20 people, half of them great fishermen, all fishing the same general tackle and baits.  One person who knows the game and has figured out the bite for the day will have 20 fish while the rest of the boat has 3 combined.   That’s what creates the obsession.   Black fishing (toggin) is more about the angler’s skill with the rod in their hand than any other fish I’ve experienced in my lifetime.  Combine that with a fish that pulls 10x harder than it should for its size, that tastes amazing, and you’ve got the ultimate challenge for anglers.

As mentioned, blackfish can be found from Massachusetts to North Carolina and inhabit inshore hard bottom areas including reefs, mollusk beds, and wrecks.   There are open seasons for blackfish in most of their territory which governs timing, but the fish really start to get active when water temperatures drop in the fall below 60 degrees.  In the Northeast that starts in October while the Southern part of their range sees that happen to start in December.   When that happens, the fish migrate from offshore where they spend their summers in cooler, deeper water in almost hibernation to shallow hard bottom spots from 5 to 25 feet since these waters cool the fastest.   When the water hits 55 they tend to start to migrate back out to deeper areas in the 30-60’ range.  When the waters drop below that 50 degrees mark, they head back out to their deeper range up to 110 feet.  You will rarely catch a blackfish deeper than that and after the water hits 40 degrees they seem to go back into hibernation. In the Northeast, there is also a very short spring fishery when the water warms back up from the winter lows in April and May. This is when blackfish spawn.  This migration mirrors the fall migration, just in reverse with the fish ending up in shallow water to spawn before retreating to the deep for the warmer summer months.

Most people fish for blackfish using smaller conventional reels or bait casters loaded with 30 to 50lb braid since line capacity isn’t a big issue.   I like stout rods with a soft tip made from composite or graphite rod materials vs. glass and braided lines to detect subtle bites and reduce drag in the water.   Over the last several years fishing small jigs tipped with baits has gotten extremely popular for shallower fishing.   The ideal set-up for this type of fishing is a smaller 2,500 to 5,000 sizes spinning reel with a stiff graphite or composite rod.

As is the case with all wrasse, blackfish have teeth designed specifically for eating shelled mollusks and crustaceans.   For blackfish, crabs are the bait of choice 99% of the time but the type of crab varies by the body of water fished and some days they seem to prefer one type to another.  The most used crabs are Green, White, Blue, Hermit, Asian, and Fiddlers. Large crabs like Greens, Whites, and Blues can be fished whole, halved, or cut into quarters.  In most instances, you are going to remove the legs and claws and hook the bait through one leg joint and out another.  There are days when a whole crab fished as is what they want.  Regardless of where you are what they want changes daily.  Some days it’s whole white crab, sometimes it’s quartered green crabs but they do show preference day-to-day so make sure you change things until you find what they want.   Also, crabs wash out quickly, if you haven’t gotten a bite in 5 minutes reel up and change out your bait.

There are several different ways to rig for blackfish which are mostly dependent on the tide, depth and bait used.    For shallow fishing. Small jig heads with stout hooks in the ¼ to 2oz range fished on short 20-40lb fluorocarbon top shots are deadly.   The most common traditional rig is a dropper loop on 40lb fluorocarbon.  The twist is you don’t fish your hook directly on the dropper loop.  That often proves too stiff and hurts your chances of presenting a bait properly.  Rather snell a 3/0 to 5/0 octopus style hook on a separate piece of fluorocarbon and make a surgeon’s loop on the other end of the line.  Then connect that to the dropper via a loop-to-loop connection.  The leader should be long enough to allow the bait to rest right on or just above the bottom.   This allows the bait to present naturally and keeps a blackfish from feeling the line and weight when they bite.   For whole crabs, I like to fish what’s called a Snafu rig which has hooks snelled on both sides of a piece of fluorocarbon.   You then make a dropper loop in the middle of those two hooks which allows the rig to again be connected to the dropper loop on the main leader via a loop-to-loop connection.   These methods also allow you to change rigs quickly because if you aren’t losing rigs you aren’t going to catch fish.   Sinkers range from 4 to 20oz depending on the current.  I also like to make my leader to the hook longer if I’m fishing somewhere with a lot of tide.

The first part is a stationary boat or platform so that means anchoring on structure not drifting.   While a single anchor will do the trick if the wind and tide are holding you steady double anchoring is how the best black fisherman do it.  You really aren’t going to catch fish if you are swinging on your anchor the entire time.   You double anchor by taking a roughly 35-degree heading off the piece of structure you want to fish into the waves and dropping your first anchor.  You then reverse to the structure, once on it you take a 35-degree heading off the piece in the opposite direction of your first anchor and drop the second anchor.   When you back down to the structure pull both anchor lines tight and you aren’t going to swing.   You can also move in a direction of the two anchor lines if you miss the piece.

This is the tricky part.   There are great days where you can do no wrong but like so many fisheries when it’s tough it’s all about patience and finesse.   You will often feel tap after tap after tap.  That’s either smaller fish like Bergalls, porgies, or short blackfish pecking at your bait or a bigger fish crushing your crab in his teeth.  You must resist the urge to swing at those smaller pecks and wait for a solid tug or slack in the line when a fish has picked up the sinker.    Those are the indicators that a fish has swallowed the bait.   There are also days when it doesn’t feel like a bite at all.  Rather your sinker moves just a little, the line feels a little off.  When you feel that, swing, it’s a fish that has your bait in its mouth and is just sitting on it.  I also like to fish with a tiny bit of slack in my line which isn’t common when bottom fishing.  I think it lets the bait sit still and allows the fish to swallow the bait when they are breaking the crab.

In the fall big striped bass come back down the East Coast in droves, Giant Bluefin is sometimes right on the beach feeding on herring.  Hordes of light tackle fun fish like Bonito, False Albacore, and Bluefish are around as far as the eye can see. Still, though, you’d never find me fishing for any other because it was blackfish season and none of those fish can hold a candle to toggin bro.

brett-weinberg
Brett Weinberg grew up in New York, New York, and started fishing from the docks and party boats of Brooklyn and Long Island at the age of four. At 10 he and his family moved from New York City to Cold Spring Harbor, which gave him immediate access to the ocean on a daily basis. Brett continued his ... 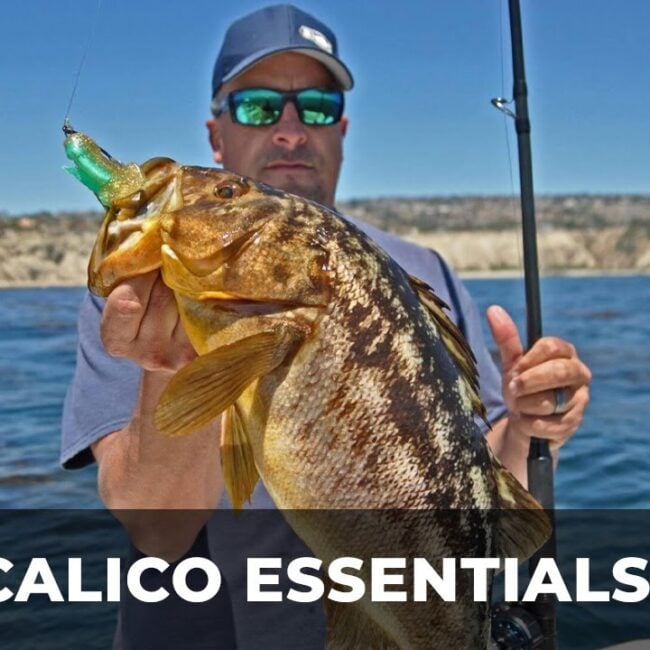 Florida
FishingFishing Reports
As one of those tog addicts, I can tell you this piece is right on.