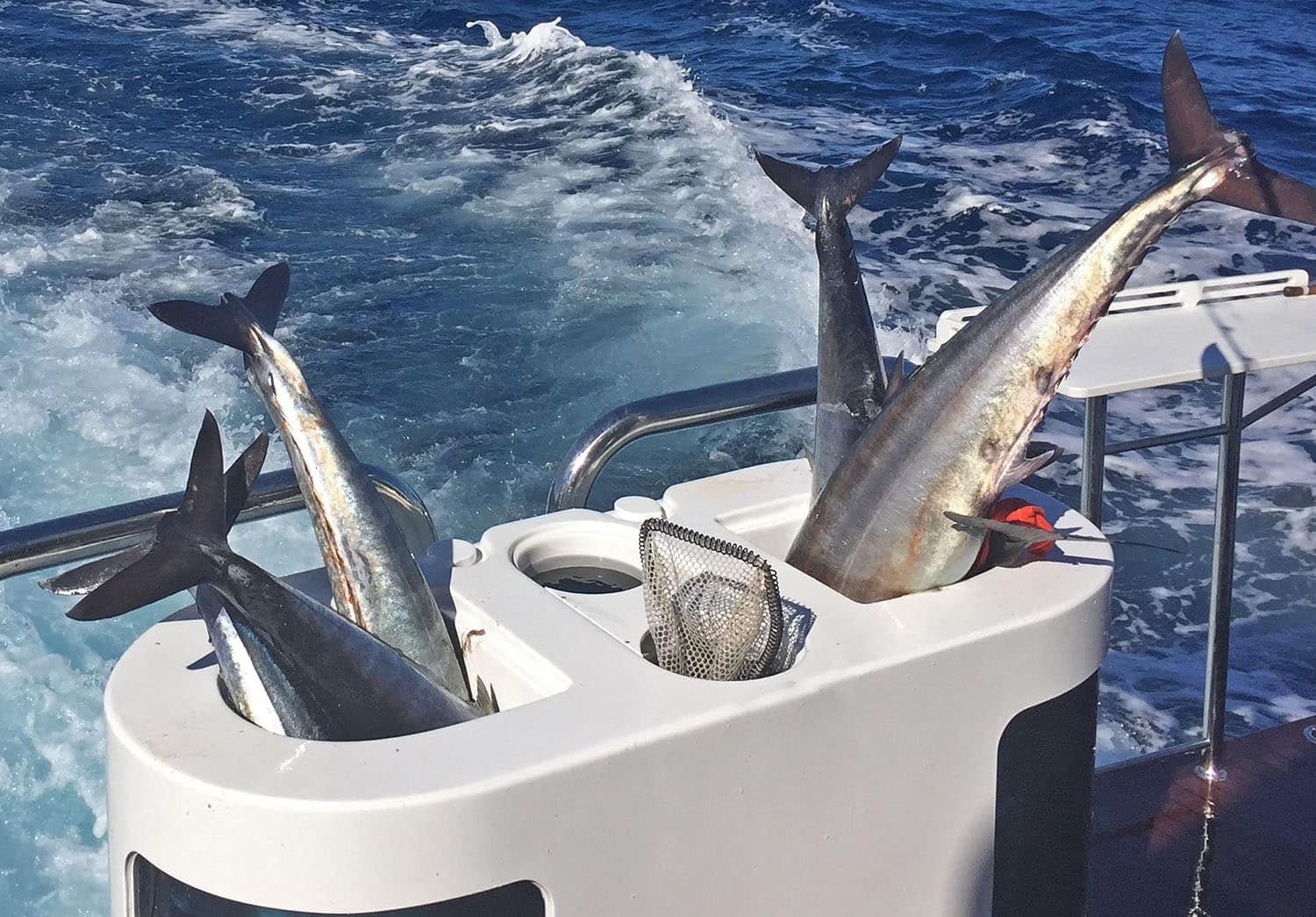 Almost every Saturday morning for more than 22 years I’ve done the private boaters report on the world famous “Let’s Talk Hookup” radio show on 1090 AM. Pete Gray and co-host Rick Maxa do a fantastic job and I’m honored to have been a small part of the show for all these years. I’ve got a lot of latitude in my segment to cover whatever’s biting but before I start the actual report I usually do a short intro as to existing local conditions. This past week I had made the comment that by mid-October we’re usually facing cooling water, chilly mornings and definite signs of impending winter as our offshore gamesters head towards the southern sun. And I continued with “But not this year… we’re still making memories as the unprecedented action of 2015 continues at a furious pace.”

I had originally started to highlight some my more subtle bluefin tactics in this article but I opted out; recent changes on the water demanded something more timely. About the first of October I was offshore looking around and I could see the water was a bit off from the previous trip. There was a bit less clarity, a lot less fin bait and the layer of red crabs was virtually gone. The average size of the yellows on the kelps was little more than that of the mackerel in the bait tank and the tuna around on the inside weren’t much bigger.

But then there was a late huge influx of the rarest exotics for SoCal…blue marlin, black marlin and wahoo. 662# blue, a 677# marlin that might be a black, a 510# that was a black and an incredible amount of wahoo to 93.3-pounds have changed the game in our blue water offshore. The water had warmed up, cleaned up, reloaded with red crabs and the wahoo are bitin!!!

just the fact that I’m even writing about wahoo at all is news enough.

The first ones ever landed in SoCal were caught last year and they truly caught us by surprise. Before guys got wise jigs were being snipped off by their razor-sharp teeth and it took a while to get savvy and get wired. But when the dust settled about the end of November and the last ones headed south there were over 60 caught right here in our back yard. This year we are way past that already and it’s still getting better.

The last couple of days have provided steady action but the topper was a recent sport boat trip with a light load of good talent that scored 29 mixed grade wahoo including some real tankers. And with our late October water still all 72+…we are definitely plowing some new ground here. So I thought I would highlight a few relevant tips and tricks.

First thing this morning one of our good customers sends me a text with a pic of a nice wahoo on the deck and a quick note that they got one by the rigs, only 8 miles out in front of Long Beach. This is another developing bite and he was wise to get out early as those “skinnies” really like those daylight hours. Other boats were in tight, plowing furrows right next to the pilings. He stayed off further trolling at 8-9 knots and had two short bites and one that stuck on an X-Rap Rapala. He brought it by the store for a weigh-in before 10AM…now that’s a nice morning.

Fortunately these wahoo are somewhat user-friendly in terms of what they’ll bite. The East Coast guys are really into trolling their big jigs and jetheads really fast…like 14-20 knots. Although those methods work here just fine (I’ve caught a bunch on the big jigs in Mexico) our fishery is somewhat more centered on trolling hardbody plugs like a Yozuri Bonita, a Braid Marauder, a Rapala X-Rap or the Halco Giant Trembler.

A high percentage of the wahoo caught this year so far have been on the X-Raps. These are great plugs; very well-made, durable and in all the right colors. The key to making them a viable toothy-critter catcher is to fish them on a short piece of wire. Either a 2-foot piece of 170 or 250-pound multi-strand or a short section of equivalent single strand will work. You’ll crimp the necessary loops in the multi-strand or twist them in the single strand with a cool tool made by Du-Bro, the HayWire Twister. It takes some practice but once you get the hang of it you’ll make perfect loops. EITHER WAY…TEST YOUR CONNECTIONS!!!

Whether you’re inclined to troll the X-Raps, Halco Max 130’s or Giant Tremblers or the deep-divers from Yozuri they will all benefit from swapping out the trebles to single hooks. For years we had to use double split rings to use a single hook or else the orientation was wrong and the plugs wouldn’t run true. Owner has now introduced a single hook specific to this application and they work great. I use the 5/0 size on the Halco Max130’s and the smaller X-raps like the 15 and 20’s. The X-Rap 30 gets a pair of 7/0’s. On the Halco Tremblers I use a 7/0 for the front hook and 9/0 on the back…and they track perfectly. The Marauders and Bonitas are already properly equipped but remember their bigger hooks do need a light touch with a sharpener from time to time. The hook swap may require a minor tweaking to insure they are still running true.

Many private boat captains think trolling is the only way to catch wahoo but there are other options. If you ever get the chance to fish wahoo on a long range boat you’ll be thoroughly indoctrinated on how to fish both “bombs” and the iron for the toothy speedsters. A couple weeks back the Legend shocked the sportfishing community with an amazing catch of local wahoo with 29 good ones on a one day trip. The key was that they had multiple troll stops where the fish boiled up on the chum and were mostly caught on by the guys throwing jigs and bombs.

Nothing really fancy is required as far as tackle is concerned. Back in the day fishing the long range boats my old-school outfit was a CalStar 610 with a Newell 533 with straight 50-pound. Today fishing private boats, a long-time favorite is a Calstar 700ML and a ShimanoTrinidad 20 with 300-yards of 60-pound hollow ace with enough 40-pound mono spliced on top to make a long cast. The business end is one of the bombs made by my good friends at Leadmasters. The technique is fairly simple to master. When you get a jig strike or see some obvious visual signs just make a long cast, let the bomb sink out to a ways then wind like hell. Make sure the drag is set tight as wahoo have a very hard mouth and are hard to hook. And when you do get bit keep winding…wind and grind through the bite. And then hold on!!!

Wahoo also bite the iron just fine. Although bombs are just about always rigged on wire the option exists when you’re throwing a jig. Although you do get more bites if you fish straight mono, the bite-offs take a heavy toll. Some guys like a leader of 100-130-pound flourocarbon and it’s probably helpful but it’s still no match for those wickedly sharp teeth. I’ve found a good compromise to be a very short leader of wire. If a big one swallows the jig you’re done but for most of the bites you’ll be fine.

One of the most important but often neglected parts of your gear is a good safety line. You are usually fishing heavy tackle with tight drags and stuff happens. Don’t lose a quality piece of gear for lack of a few bucks worth of insurance.

2015 is likely to end up as one of our all-time best ever seasons.

Between the fantastic winter/spring fishing for those huge yellows, a seabass season that opened the eyes of the anglers that thought they were only caught on squid to the stellar tuna times we had with the yellowfin and huge bluefin. And then the influx of giant blue and black marlin like we have never seen before and of course these wahoo that have driven an unparalleled frenzy of late season activity.

I’m fortunate to own a business where I get to help anglers realize their dreams as they make their time on the water more fun and productive. And I know many of you have…as I’ve weighed the fish, heard the stories, read the reports and seen the awesome pictures. And the best part of all is we’re likely to be making memories for months to come as this warm water cycle is likely to last through next year. 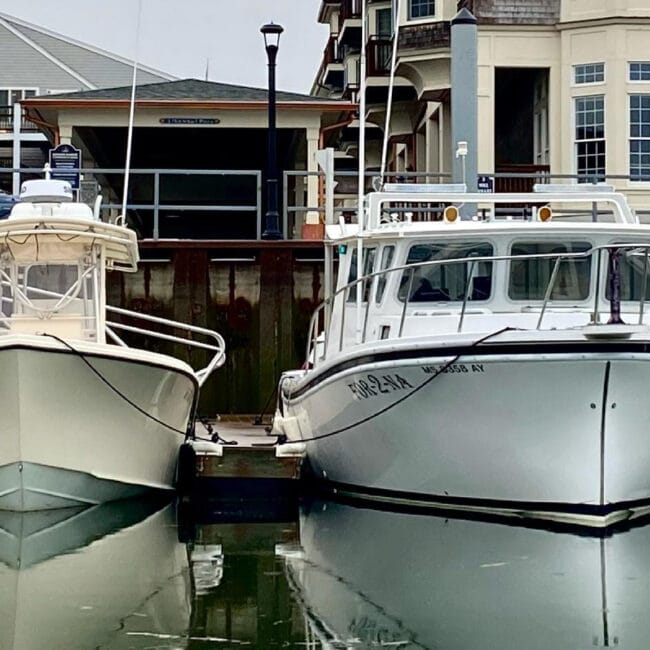 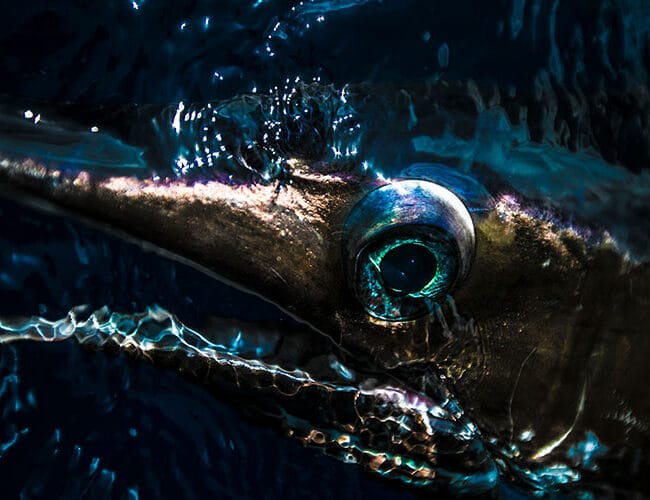 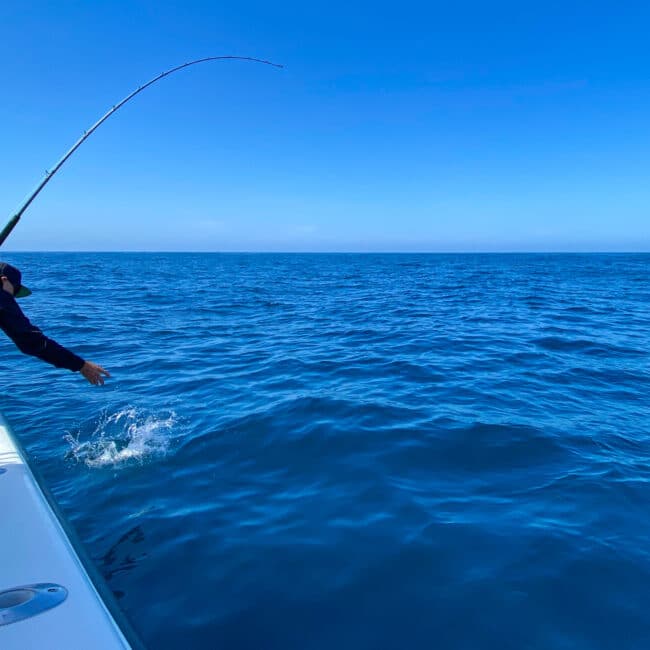