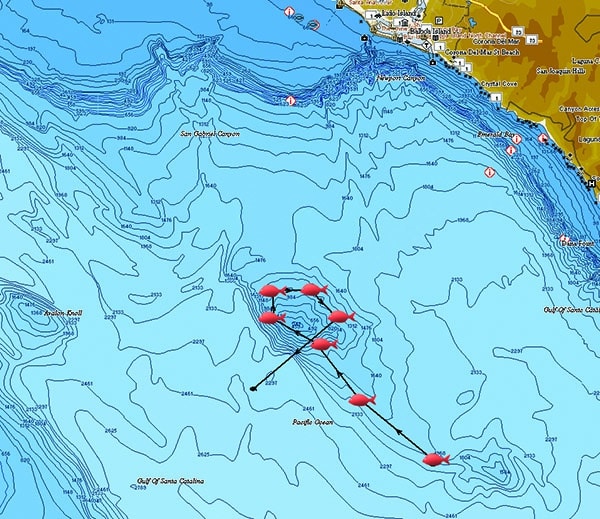 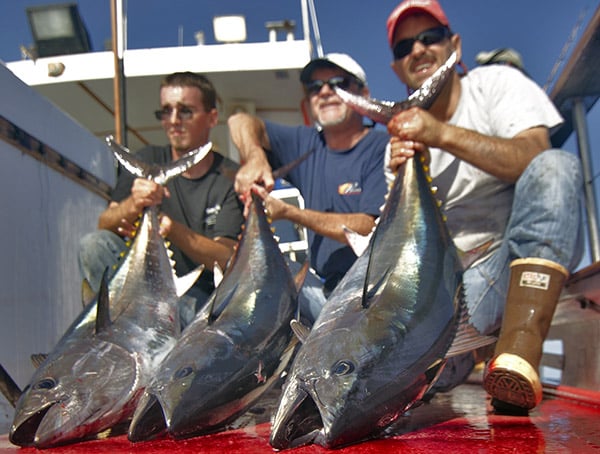 Anybody who fishes regularly aboard coastal, island and offshore party boats knows how important today’s sophisticated electronics are to fishing success.

The trend towards more compact, more affordable multi-function systems is bringing a lot of this same technology within reach of private boat anglers — even those on center consoles, cuddy cabins and other small vessels. 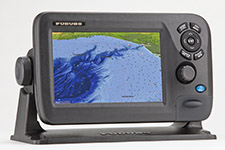 Consider, for example, the new GP1670F and GP1870F from Furuno. These compact units (with 5.7” and 7” displays, respectively) can fit on any boat, yet they provide powerful dual-frequency fishfinding and advanced chartplotting capabilities. 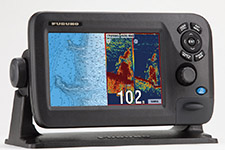 These combos won’t put much of a dent in your fishing budget, either. Especially during a special Bloodydecks promotion that runs through July 7, offering special discounts through The GPS Store when boaters buy a Furuno GP1670F/1870F and C-MAP 4D chart card together. To sweeten the deal, Furuno USA is also offering an additional $150 rebate on these two units. wi

Most anglers are caught in a rut of using their chartplotter for navigation and their fishfinder for fishing. Perhaps they don’t realize just how useful accurate electronic charts can when it comes to finding and catching fish, especially in offshore waters far from the coastline. Here are seven ways anglers can use these powerful chartplotter/fishfinder combos and C-MAP 4D charts to help fill the fish box: 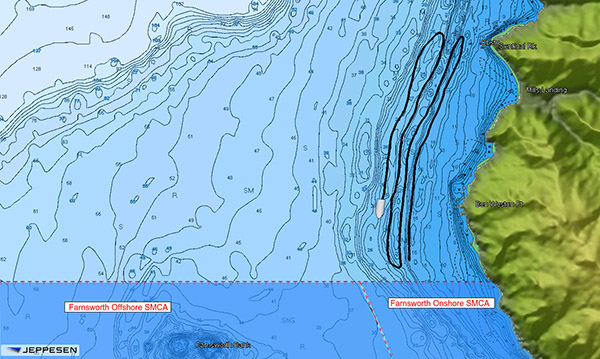 1. Fish Near MPAs — Marine Protected Areas like the ones throughout California are protected precisely because they are fish-rich waters. C-MAP 4D charts clearly show these boundaries on the chart display and let you pull up details on specific species and gear regulations. Pinpointing your boat’s location relative to these boundaries let you fish with confidence where other anglers would just “play it safe” and steer clear. For example, you can drift-fish productive seabass waters near Catalina Island’s Farnsworth Onshore Marine Conservation Area, working right up to the closure lines if that’s where they’re biting. 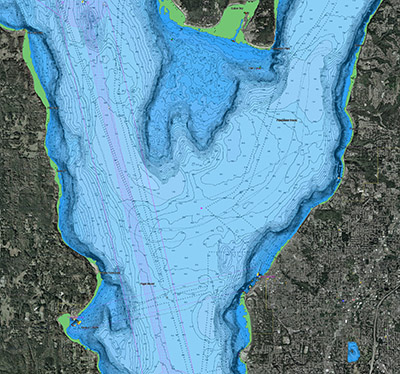 2. Always Know What’s Below — HRB charts help you understand what’s under your boat, even in depths beyond the operational limits of your sounder. Even thousands of feet deep, canyons, ledges and other bottom feature help form currents and upwellings that can concentrate forage and pelagic gamefish like tuna, sharks and billfish. In shallower offshore structure areas, your chartplotter/fishfinder combo can work together to confirm when you’re approaching the top of a deep-sea pinnacle or dropping off a ledge. The amount of bathymetric detail in these charts, and the ability to view the underwater topography of areas like Monterey Canyon, Redondo Canyon, The Osborne Bank and other zones in rich 2D or 3D, gives anglers a far greater understanding of their surroundings. 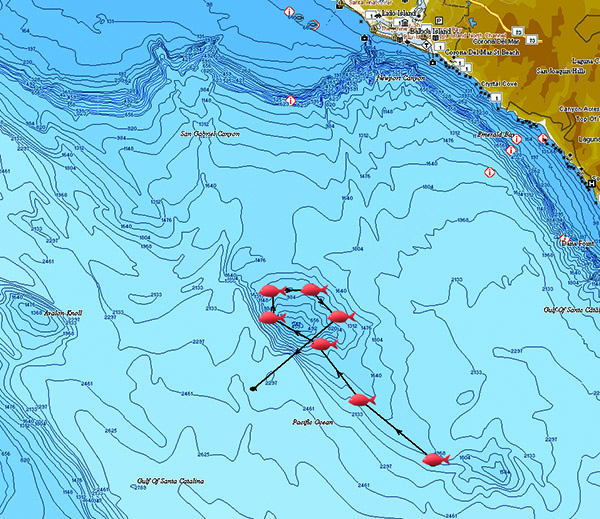 3. X Marks The Spot — Trolling around and between known tuna grounds (for example, high spots like the 181, 209, 302, and Finger Banks) is how Southern Californians often hunt for bluefin, yellowfin and albacore. By marking every trolling hookup (or sighting of fish signs), you get a picture of where fish are in relation to deep-see pinnacles, banks or ledges. This can help point out patterns — say if all your strikes are happening while trolling north on the inshore side of the bank — and help you fish more productively.

4. Fine-Tune Your Drift — There are fishermen who drift randomly with the wind and current, and those who drift with a plan. That plan might be to drift baits off the bottom along a specific depth curve where forage and fish are holding, focus on a transition zone where hard bottom meets soft, or put out a long, mako-shark-attracting chum slick right down the center of an offshore canyon. Your chartplotter and charts are powerful allies for fishing on the drift. A short test drift (tracking your boat on the plotter) can help you figure your speed/direction relative to your target zone; then you can set your boat up to maximize your presentation. Just as when trolling, mark where hookups occur to help spend even more time in productive areas. 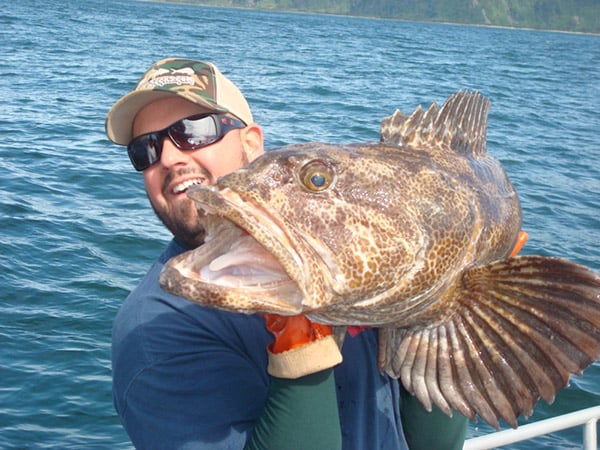 5. Pinpoint Positioning — When fishing a deep reef, rockpile or wreck, getting your baits or lures into the proper “strike zone” is critical. If you’re setting up on anchor, your chartplotter and charts will help you position the boat properly, accounting for the effects of wind and current. When drift-fishing structure, tracking your boat’s movement over several passes and comparing this to the detail on the charts and your fishfinder readings can help you improve your presentation each time. For example, starting far enough upwind/current to hit the sweet spot. And by marking where your hook up, you might see that the fish are holding on the up current or down current side, further refining your approach.

6. Find Fish Hotels — Off California and Northern Baja, floating “kelp paddies” are havens for everything from yellowtail and doraeldo to bluefin and yellowfin tuna. On the East Coast, it’s weedlines and floating pallets that likewise attract pelagic gamefish like a McDonald’s in the desert. To some anglers, locating these fish magnets is a matter of random luck. Others, like those who use their chartplotter and HRB offshore charts, make their own luck. Floating kelp and other objects are pushed around by wind and offshore currents — the latter highly effected by the topography of the sea floor. It’s not uncommon to come across floating objects when heading in a certain direction, along a certain depth contour or canyon ledge. Marking where you find kelp paddies on your chartplotter — particularly productive ones — can help you see patterns that can guide you to more.

7. Use Your Intelligence — Today’s chartplotters and charts do much more than show you a map of the ocean. For example, C-MAP 4D charts are packed with useful data that can give anglers a leg up on the fish — as well as other anglers. Sportfishing Value Added Data provides detailed information on reefs, wrecks and hangs — like the composition, depth and orientation of the structure and details on the surrounding bottom. Fish ID Photos and updated Rules, Regulations and Records keep you on top of size restrictions, limits, and seasonal closures. Tides & Currents Predictions help anglers time when movement of water over baitgrounds, rips and rockpiles will kick off the big bite. Intel like this and much more is at your fingertips with a C-MAP 4D chart inside Furuno’s new GP1670F and GP1870F.