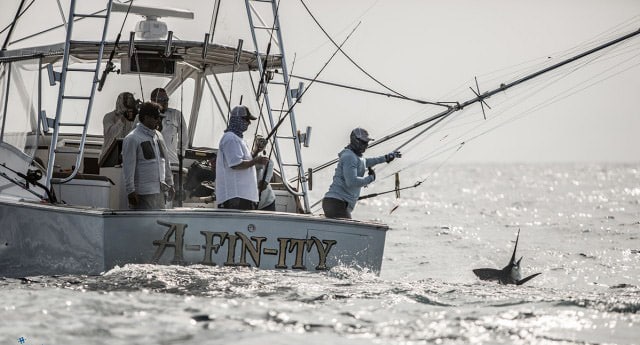 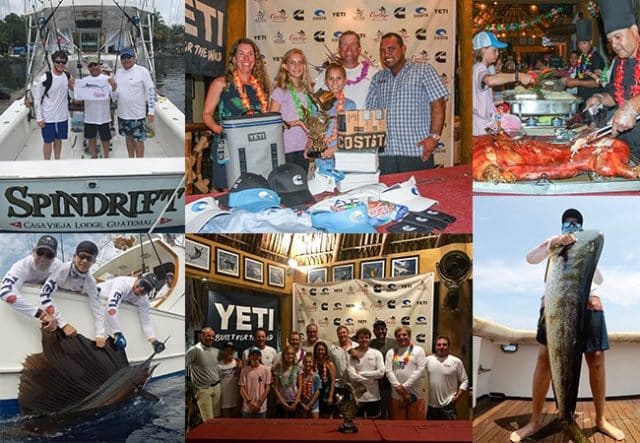 Some fathers like to brunch for Father’s Day, others like to FISH, we happen to really like those guys a little bit more! To honor our fishing Father’s, Casa Vieja Lodge brought back the Father’s Day Fishing Frenzy (FFF) which was held June 15-17. Teams were made up of fathers, mothers, sons, daughters, sisters, friends, and everyone had a fantastic time.

Throughout the glorious weekend teams were entertained poolside with an entertaining mariachi band, local artisan crafts, a fireworks spectacular, and a Hawaiian themed luau awards ceremony complete with a roasted pig! In Three days of fishing there was a total of 230 sailfish raises, 205 bites, and 136 releases on 4 boats, and 6 blue marlin raises, 2 bites, and 1 release. Plus 17 yellowfin tuna, and 85 mahi mahi!

First Place for the 2018 Father’s Day Fishing Frenzy was the McLean family with 38 Sailfish RELEASES aboard the Release with Capt. Chico Alvarenga. The two pre-teen sisters Heidi and Heather, did most of the work hooking their billfish all by themselves! Mom and Dad managed to get a few releases too!

Second Place went to Team Spindrift with father and son Barry and Jake, and friends. With a total 38 sailfish releases, and 1 blue marlin.

Third Place went to Team Makaira, father and son, John and Taylor Whitcomb with 35 sailfish releases with Captain Efron at the helm.

The Largest Mahi Mahi was captured by Barry Shelvin at 48-inches.

*Rules of the tournament stated that for any anglers under 16 years old that hook and release their own billfish a 50pt bonus is rewarded. Other bonus points were also included for father/son or father/daughter double- triple-quad hookup. The more family onboard the more bonus points possible!

A big thank you to all the teams that made memories this Father’s Day at Casa Vieja Lodge during the Father’s Day Fishing Frenzy. A HUGE thank you to our sponsors Costa del Mar, YETI, Cummins, AFTCO, and The Billfish Foundation for helping us put smiles on all anglers faces. Same time, same place, next year! Hasta la proxima Papa! 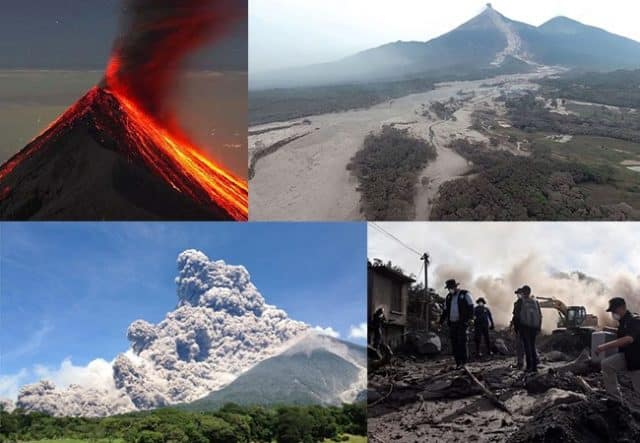 Guatemala’s very own, Volcan de Fuego erupted on June 3rd resulting in numerous fatalities and thousands of families displaced. It is one of Central America’s most active volcanos and quickly released a mixture of gas and volcanic material. This was one of the deadliest eruptions in Guatemala since the eruption of Santa Maria in 1902, killing thousands.

Thankfully, the volcano is about 38 miles away from Casa Vieja and none of our staff members, mates or their families have been affected by this tragedy. But in trying times such as this, donations are always greatly appreciated. Many of our clients have reached out to find to find the best way to help, and we are beyond grateful to have such caring and compassionate clients. There are so many ways to help victims and those in need, we want to let you decide which organization to give to. CLICK THIS LINK HERE, for many options of how you can help out the families affected by Volcan de Fuego. 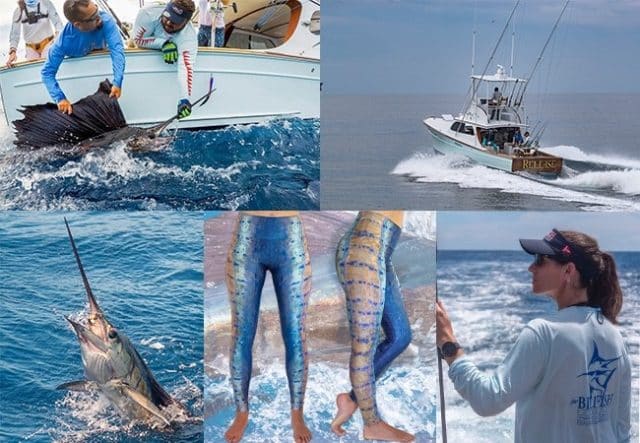 The Waterlust team enjoyed fishing Casa Vieja Lodge this past October and have been working non-stop to produce their latest Tag & Release Sailfish print. A unique aspect of Waterlust is they use the detail and colors of the species captured in photos and replicate it on their products. PLUS it’s made from 10 recycled post consumer plastic bottles & 10% of profits of the Tag & Release Sailfish print go to The Billfish Foundation.

“Waterlust approached me [The Billfish Foundation] seeking a location for a close-up picture of a sailfish. I told them hands down, Casa Vieja Lodge,” said Peter Chaibongsai, Director of Conservation Programs.

Casa Vieja Lodge is thrilled with the beauty of the print and how they captured the smallest elements, even down to the glorious sparkle of the sailfish. Watch the Video, learn more about the process, and buy your Tag & Release Sailfish leggings, and sunmask RIGHT HERE. Just another way to help #KickPlastic and look good doing it! 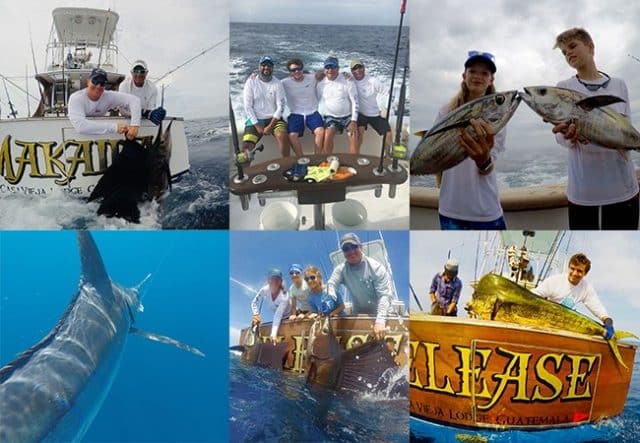 June fishing has been a whirlwind of emotions. From blue marlin, to mahi mahi, to sailfish, to tuna, we have got the summer species you need. From conventional, to spinning, to fly rods, we have got that equipment covered too. From breakfast, to fresh mahi sandwiches on board for lunch, to delectable deserts at night, we’ll satisfy your hunger.  From hot Guatemalan coffee to ice cold adult beverages, we’ll quench your thirst! Join us this summer to keep the catching going, or secure your dates for fishing Casa Vieja in 2019 before someone else does.

Below are just a few of our fishing highlights, check out our daily fishing reports HERE. 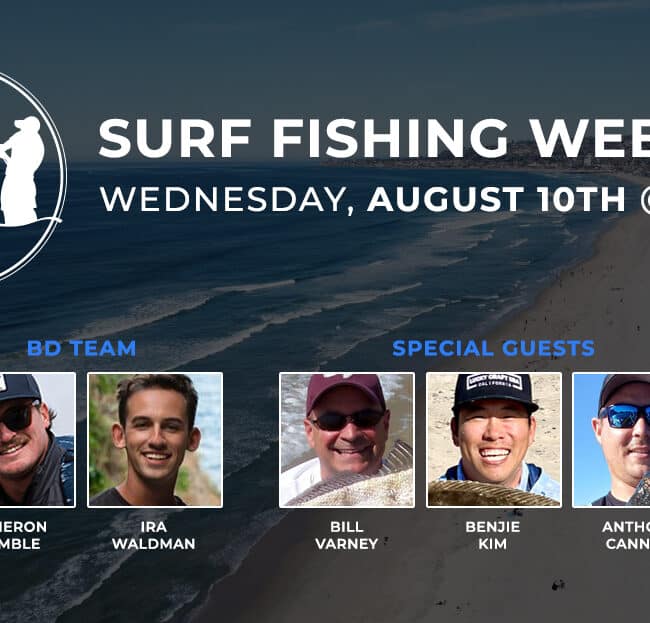