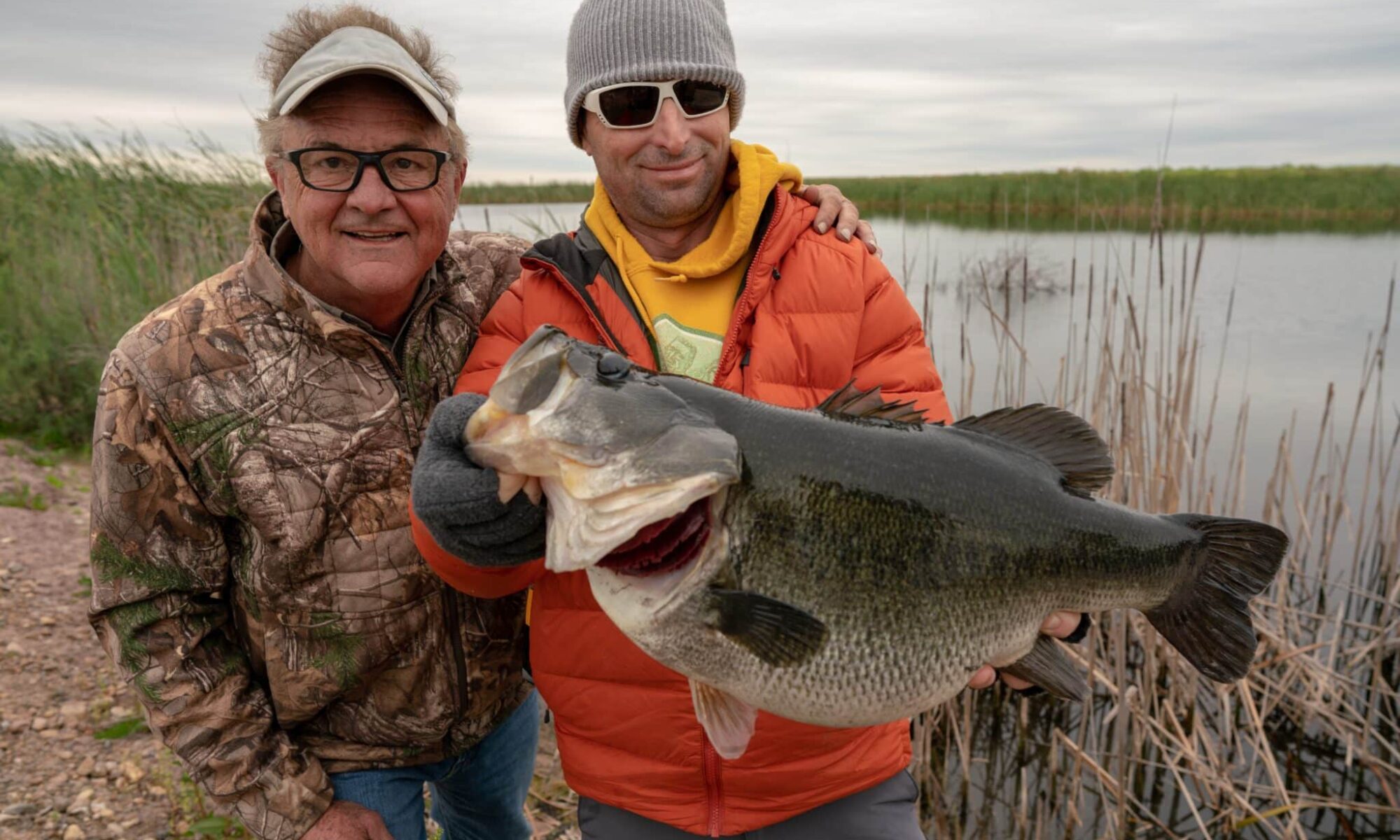 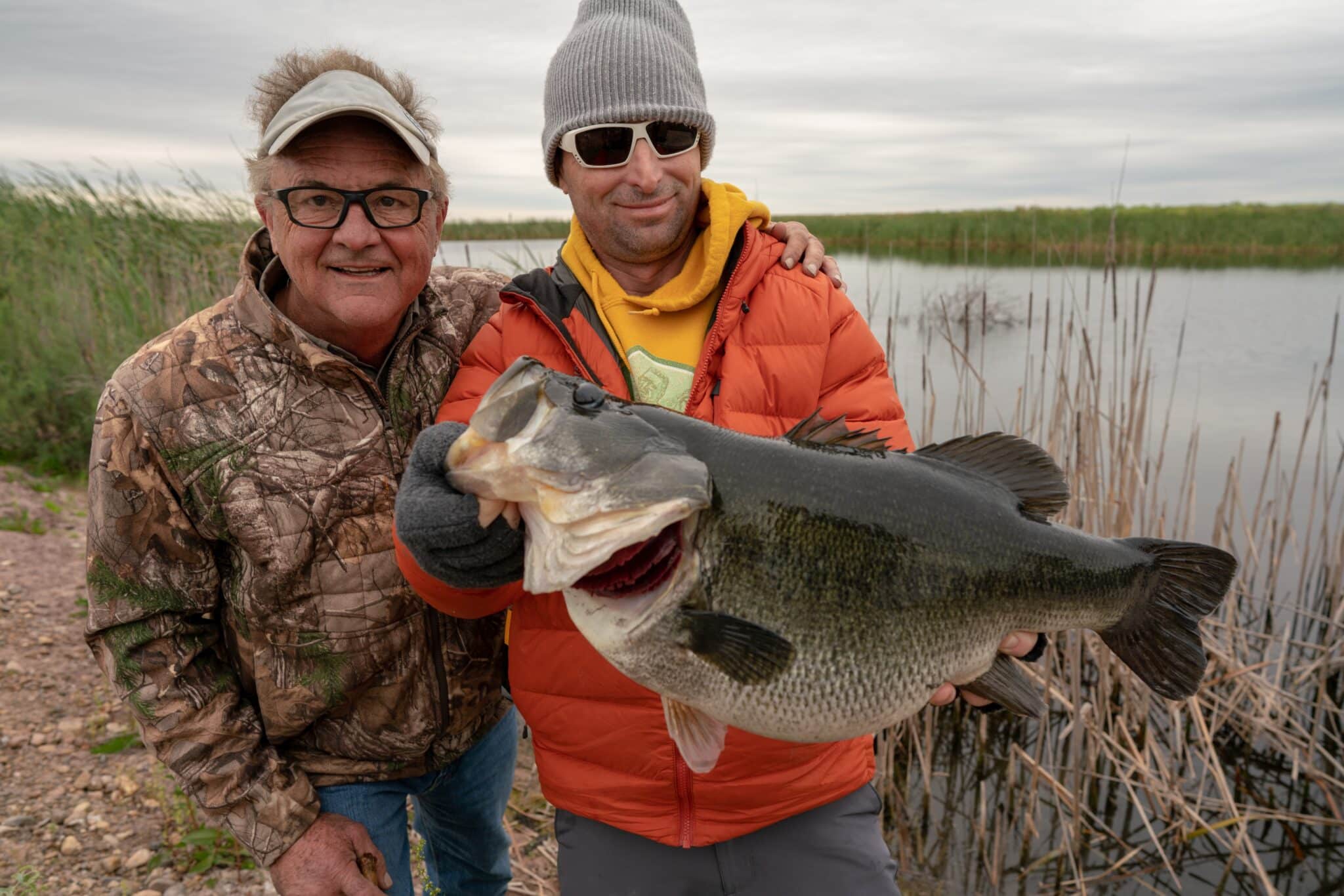 Corey Knowlton had already landed four bass weighing over ten pounds by the third morning of his trip to the La Perla Ranch when he cast a 12” Berkley Power worm into the tea-stained pond teeming with bluegill. Lifting his rod he felt the all too familiar thump and quickly set the hook. Seconds later a monster-sized bass thrashes to the surface too heavy for its entire body to become airborne. After a tense tug of war he eventually wrestles it to shore where Lake Owner Dr. Gary Schwarz is waiting. “Eleven and a half pounds!” shouts Schwarz, after the hefty bass is weighed, measured then released. “This place is like the Thunderdome of bass fishing,” replies Knowlton between breaths of excitement. Schwarz smiles knowing the gargantuan bass measuring a mere 21 ½ inches in length is only a baby at just five years old. An indication he may be on pace to grow the next world record bass. 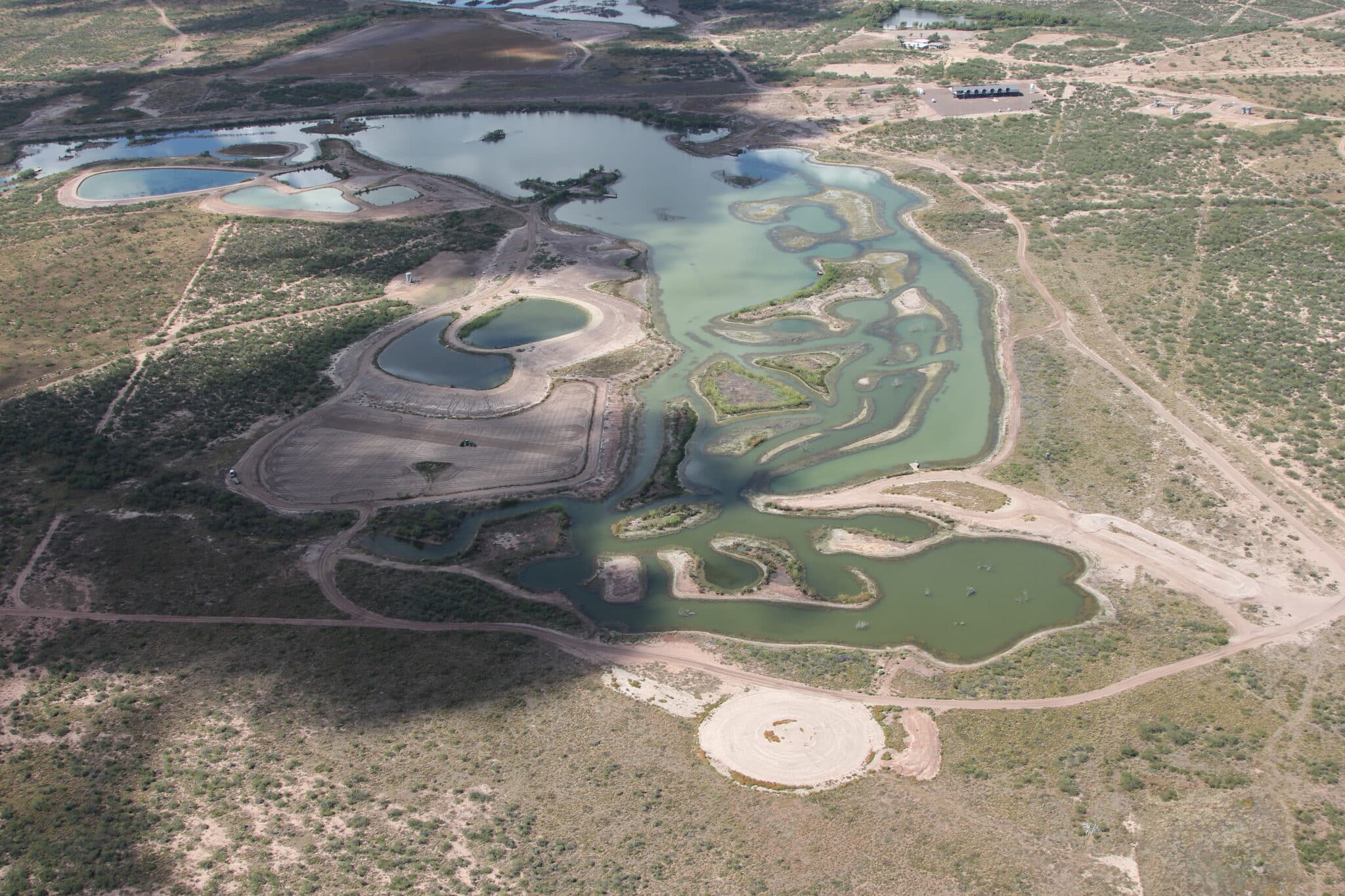 They say everything’s bigger in Texas, and just south of Laredo the 5000 acre La Perla Ranch proves just that. Home to monster whitetail bucks and hulking largemouth bass, the Ranch’s famous La Perla Lakes are a bass fisherman’s Shangri-La. “I wanted to create the ultimate outdoor experience,” explained Schwarz, who also serves as the co-host of The Bucks of Tecomate television show who is now in pursuit of his most ambitious endeavor yet in hopes of growing the next world record bass. 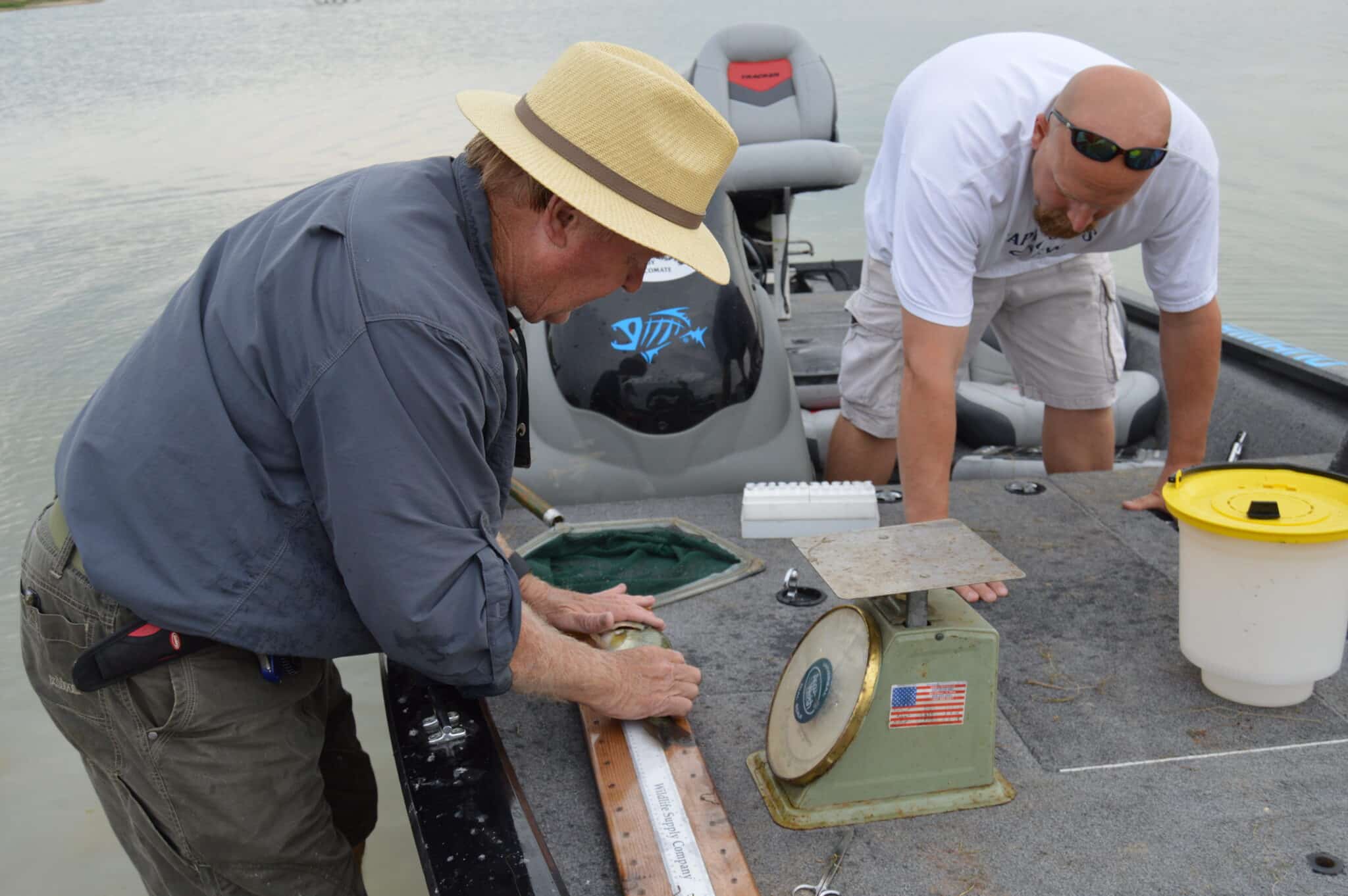 Over the past decade Schwarz has carved out over 250 acres of premium manmade bass fishing lakes on his ranch, each constructed with strategically placed timber, rocks, islands, and beneficial vegetation to enhance the angling experience. Taking a page from his Tecomate playbook, he’s constructed a network of supplemental forage ponds where shad, fathead minnows, bluegill, and prawns are grown on a daily regimen of high protein feed then released into the lakes stocked with genetically superior pure Florida strain world record bass. 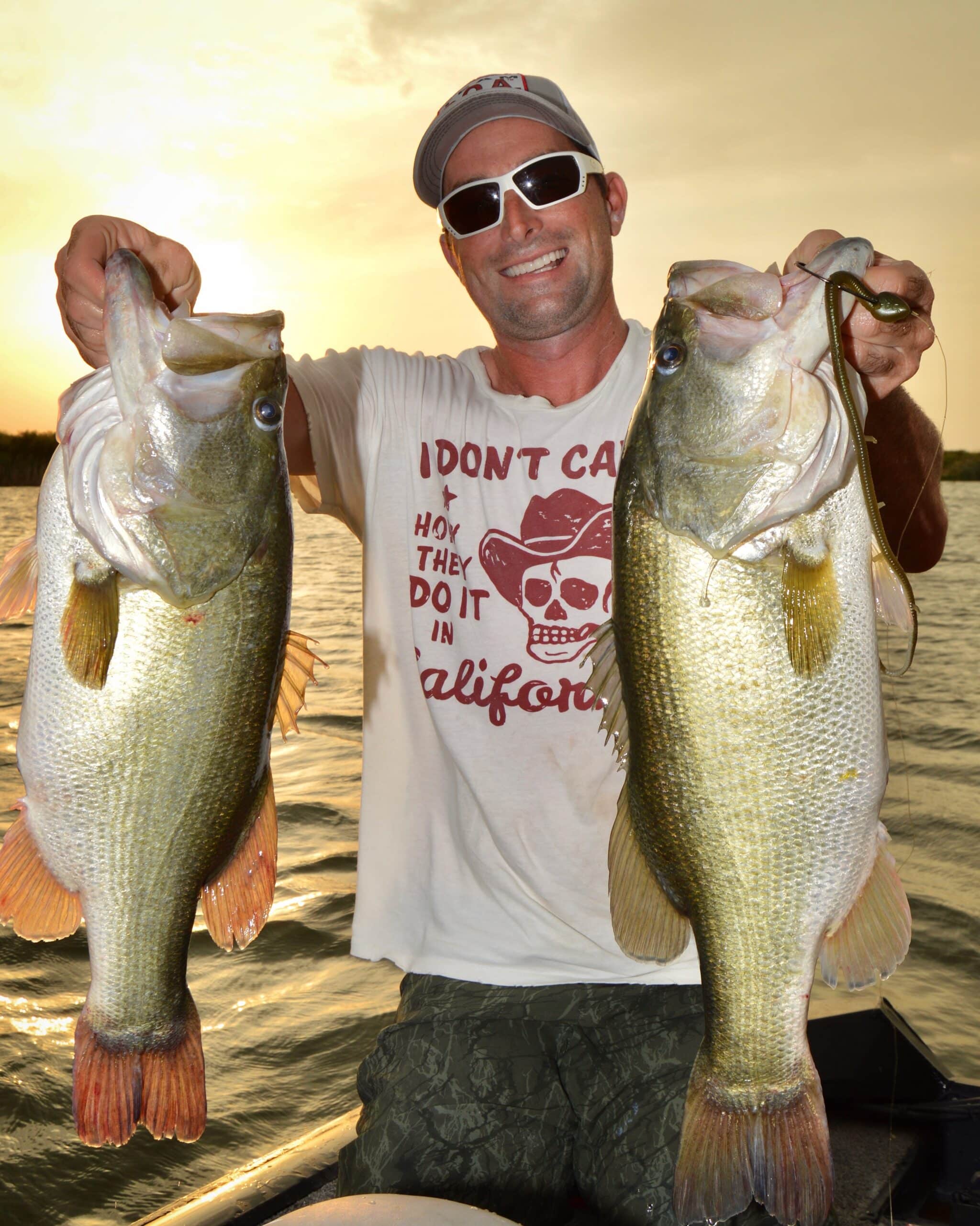 “To grow giant world record bass, you must have only pure Florida genetics,” explained retired biologist Allen Forshage, who serves as Schwarz’s technical advisor and was the former Director of the Texas Freshwater Fisheries Center in Athens which oversees the Toyota ShareLunker and Operation World Record bass breeding programs. “Pure Florida largemouth have heritable characteristics which allow them to grow larger than any other strain of bass in the country.” Which is good news for Schwarz who in 2014 signed a 15-year contract with the Texas Parks and Wildlife Department (TPWD) allowing the agency to use one of his lakes for the program that was stocked with fry offspring from a pure Florida 13-pound female and the male son of another 13-pound Florida behemoth that’s lineage can be traced from a fin clip sample within the program’s DNA tracking system. On average Florida bass grow at a rate of about one pound per year in ideal conditions making most ten pounders around nine to ten years old. Recent La Perla survey data, however, revealed dozens of five-year-old fish reaching weights well over ten pounds demonstrating an accelerated growth rate doubling the norm. 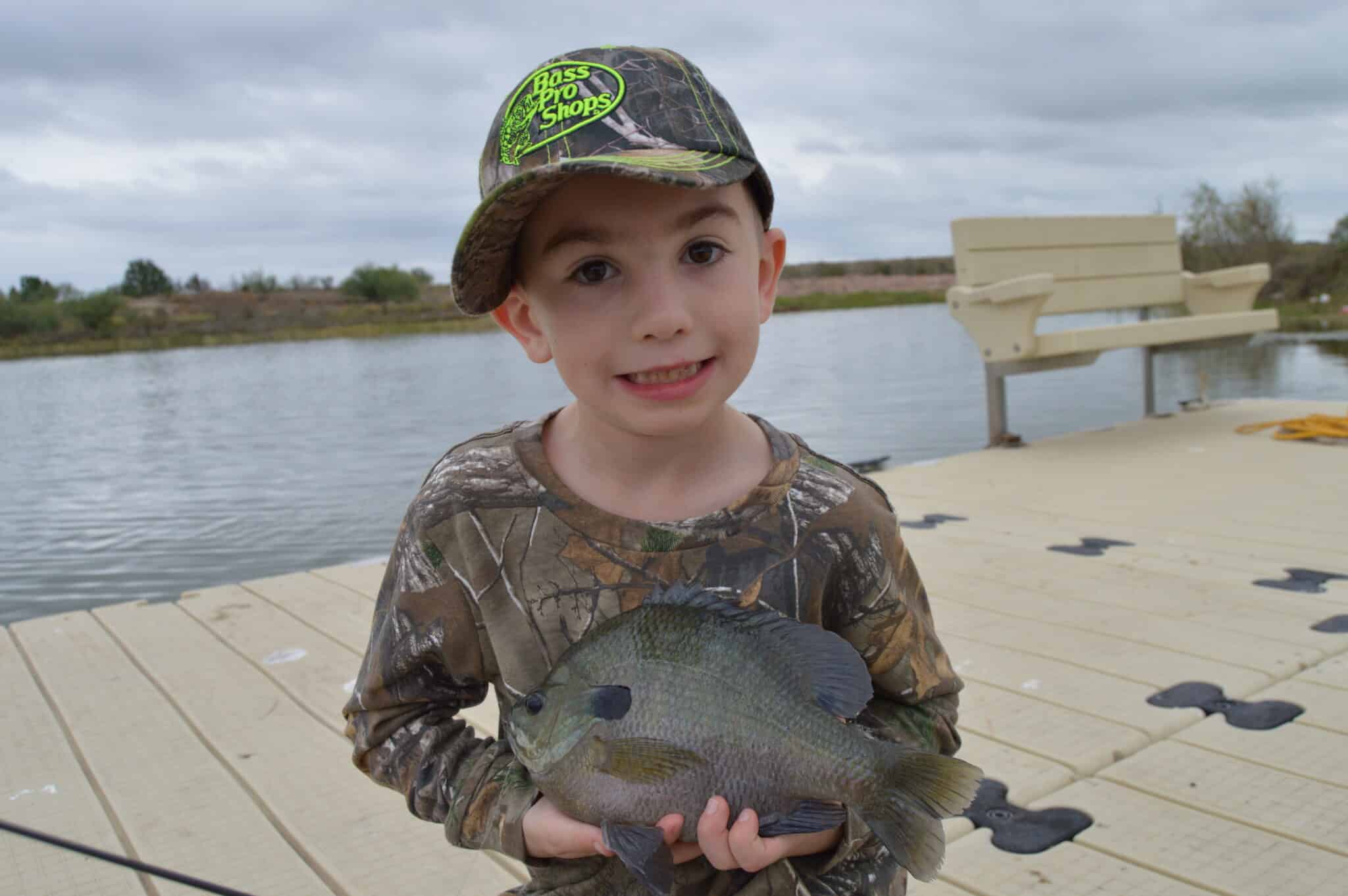 As one could imagine bass fishing at the La Perla Ranch became the stuff of legend, with guests catching multiple double-digit world record bass class fish on each outing and annual lake shocking surveys revealing bass weighing up to fifteen pounds. Unfortunately, in 2018 disaster struck two of the lakes with a fish kill that wiped out a significant portion of the older bass population. Devastated but thankful the TPWD contract lake was spared, Schwarz continued forward looking for ways to improve on past mistakes in an effort to continue his quest. He began to observe that as the bluegill and shad forage population began to reproduce, the primary beneficiaries were only juvenile bass and not the lunkers that were intended for. “Big ten pound plus bass need large forage to satiate them while expending the least amount of energy to catch it,” he explained. “I’ve learned that the optimum forage size for growing monster bass is mature bluegill and shad – not small baitfish.” 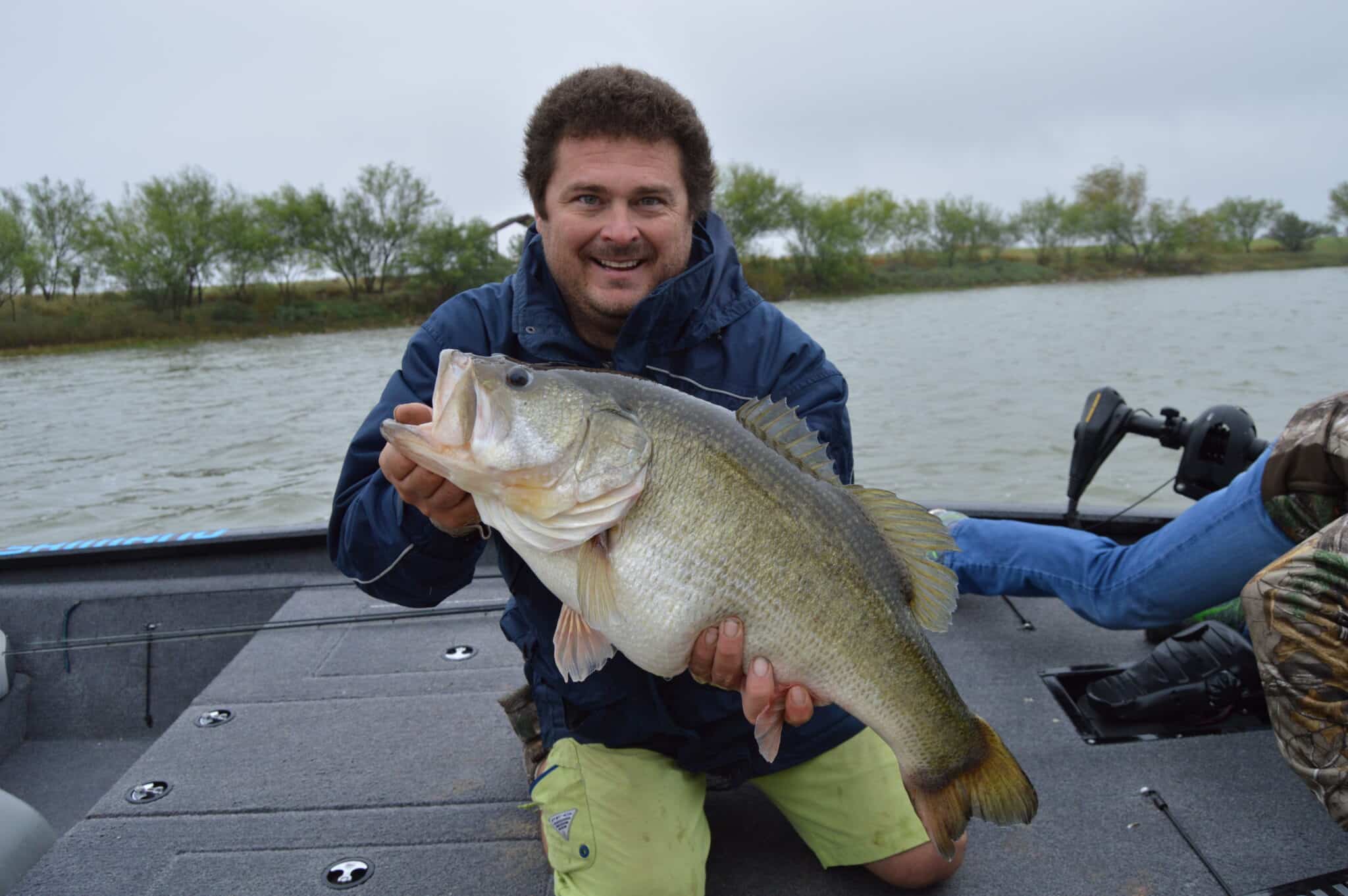 As an experiment in 2017 during one of the lake shocking surveys, Forshage and retired TPWD Fisheries biologist Bill Provine moved twenty-five healthy five-pound females from the La Perla Lakes into a seven-acre forage pond where Schwarz had established a high population of mature bluegill. “The idea was to isolate the females from the males to prevent the reproduction of smaller fish that consume the majority of the forage base,” explained Forshage. With the ability to grow larger forage uninhibited from predation he theorized would provide the females optimum conditions for growth. And grow they did. 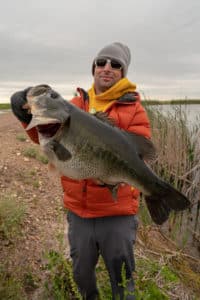 During this year’s shocking survey both Schwarz and Forshage were elated. Seven of the original twenty-five bass were re-captured with four already weighing over ten pounds and one over eleven. Months later angler Corey Knowlton became the first person to cast a line into what he would deem the Thunderdome of bass fishing. “Not only are all the fish in it absolutely huge, but they fight with so much aggression like twice their size,” he described. Ecstatic with the results from the experiment, Schwarz has already begun the construction of a larger fifteen-acre forage lake named Thunderdome 2 to be stocked with another all-female population of supercharged world record bass. “We’ve had the genetics side of the equation down for years but always run into problems providing adequate forage for the duration of time it takes to grow giant fish at this pace,” explained Forshage. “But now combining these genetics with Gary’s success at growing and managing suitable forage in his rearing ponds, I believe the record is now within sight.” 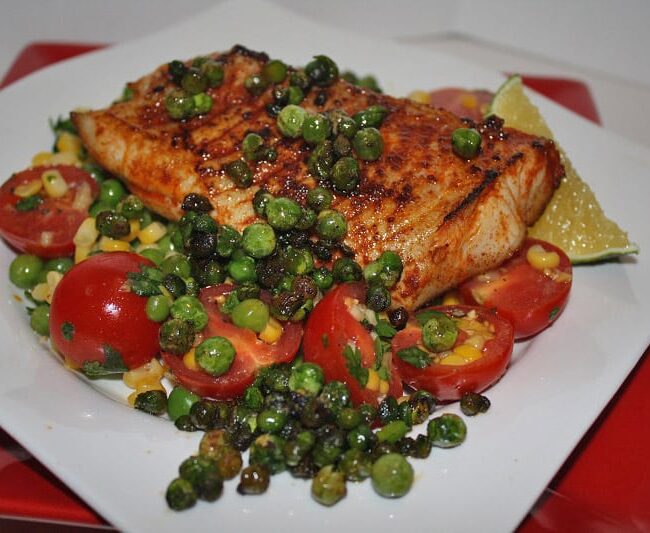 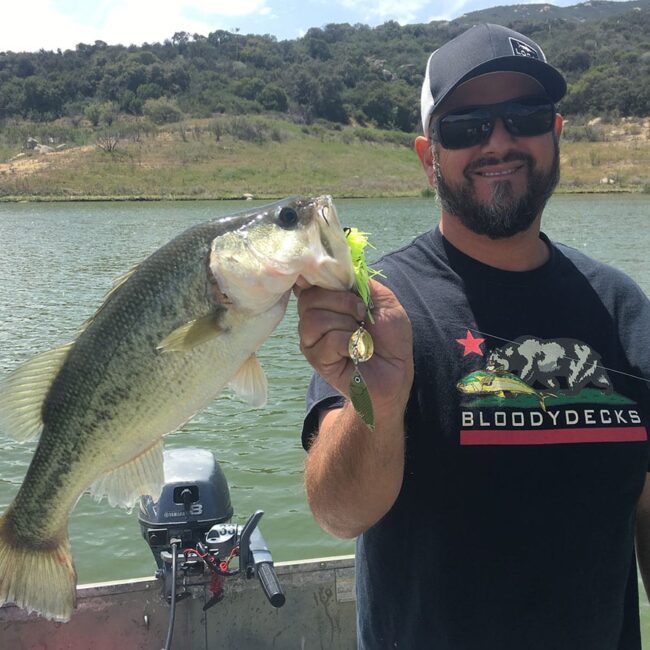 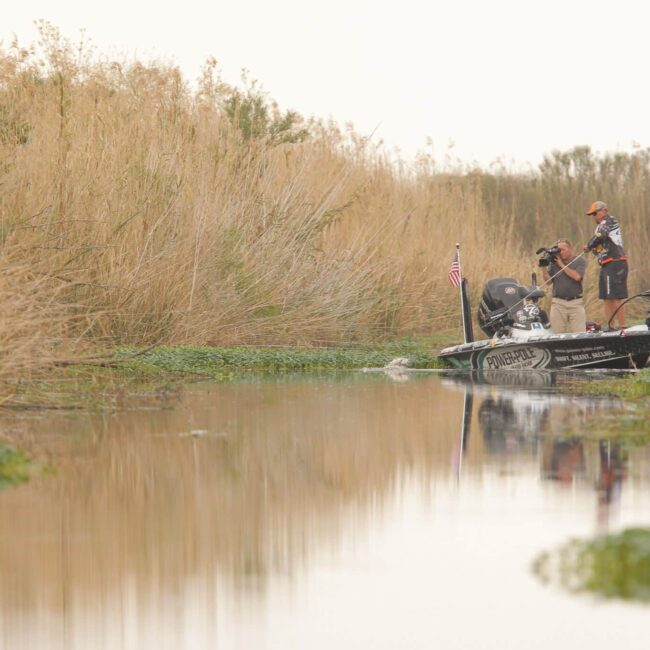 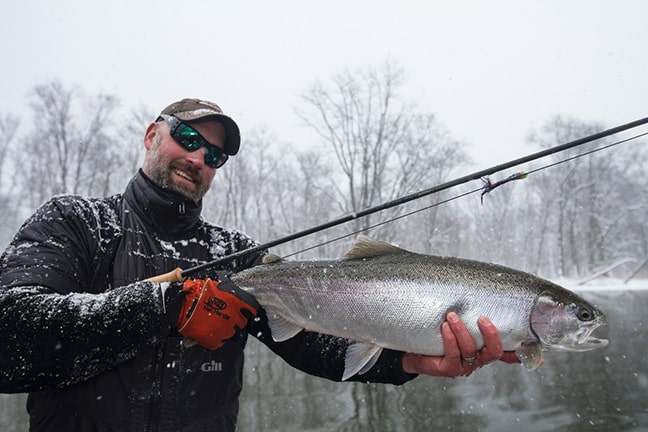 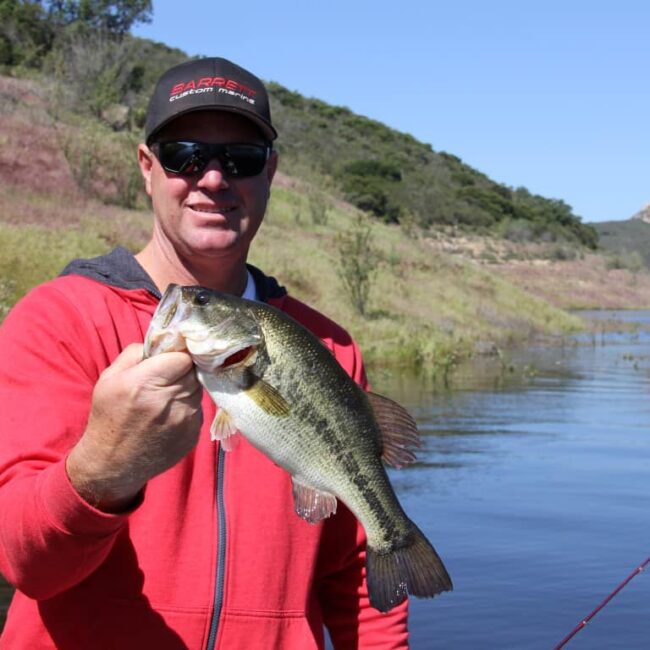 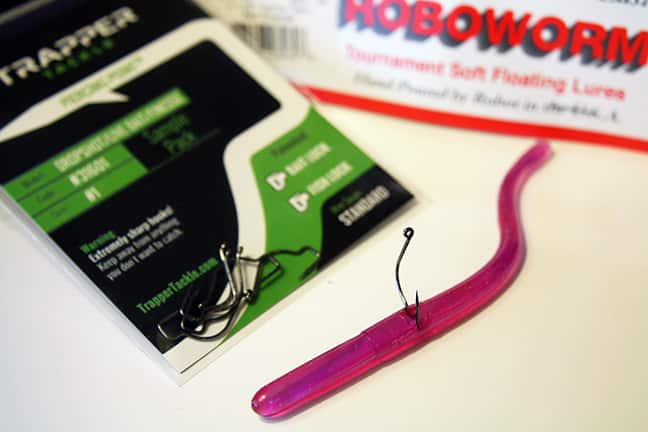