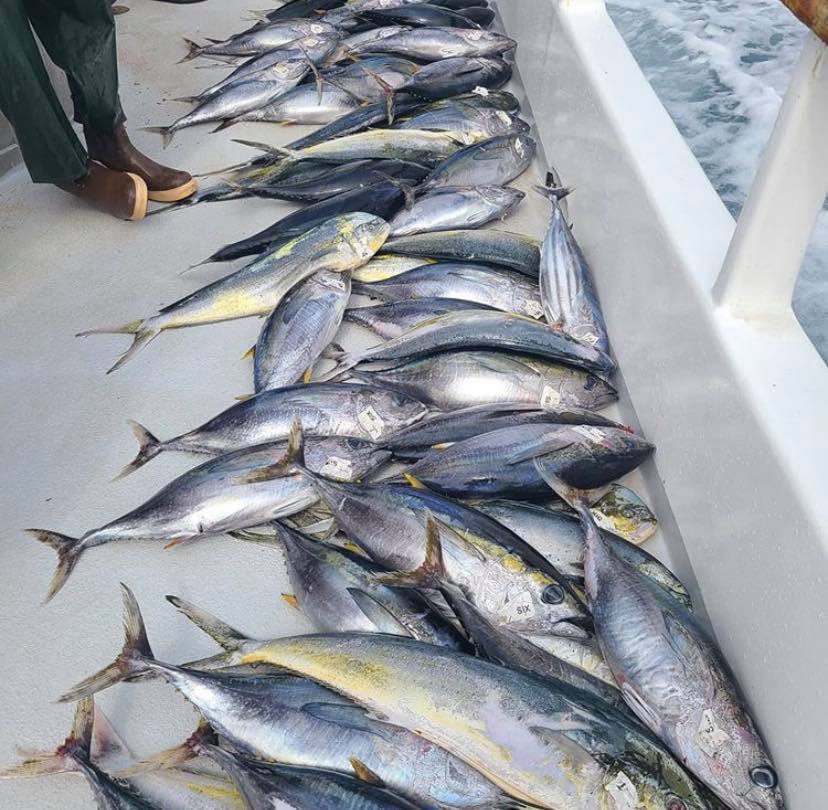 As I write these words, I’m currently in Redding, CA, (NoCal) on my way back to SoCal for a visit.

This last week I didn’t fish…well not very hard.  There’s still a chance to catch a straggler from the pier, but it was already a low percentage deal before.  Now the opportunity doesn’t seem worth the effort.  Remember my buddy Ken Kim from last week?  He invited me to go camping/fishing out on the Washington coast.  I didn’t go.  At this point, the salmon have mostly entered the rivers.  My desire to follow them has been replaced by a stronger desire to wrap things up and get back home.

Ken did well though… 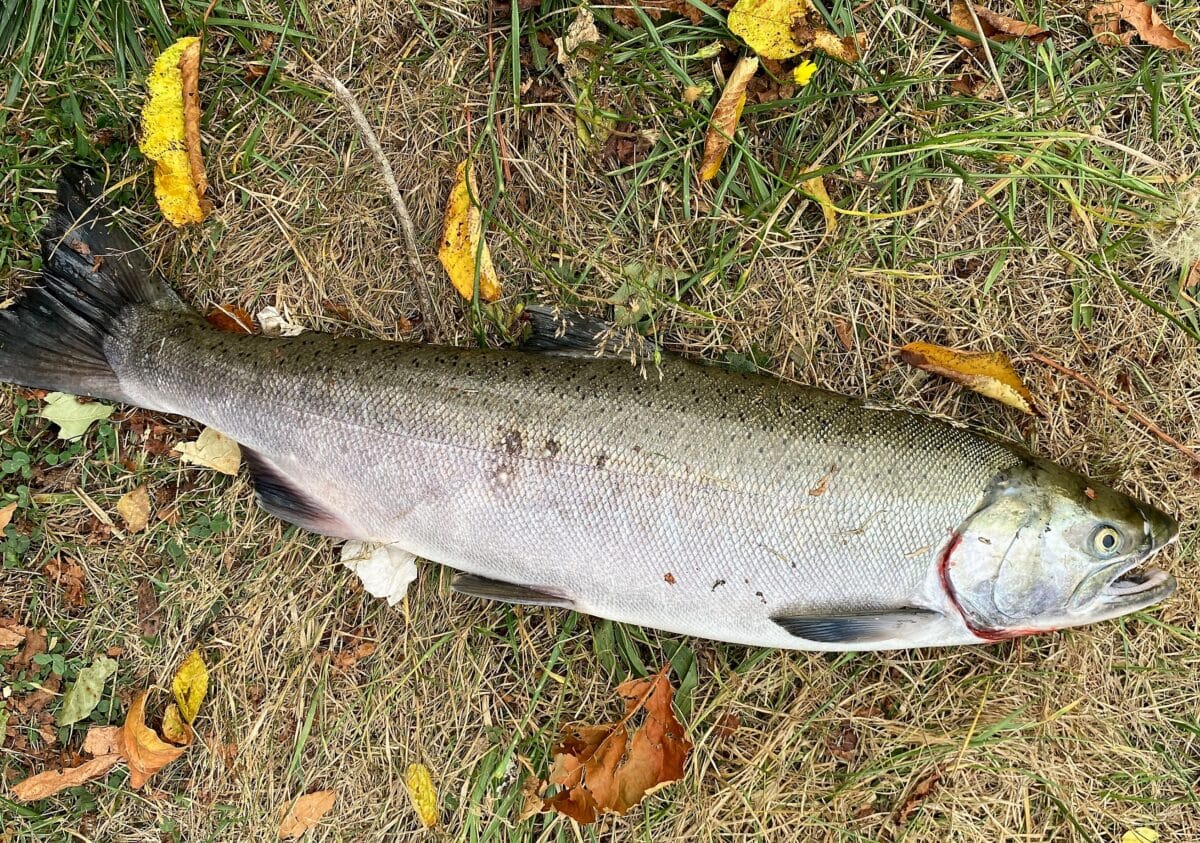 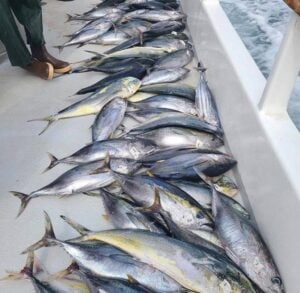 As I mentioned previously, I have an overnight trip going out this coming Saturday, fishing Sunday (Sept. 20th) with T-Bird Sportfishing.  The dodos are still going strong, but now it seems that the yellowfin have fully gotten on board with the program as well.

Over the weekend, the fish were biting!

They returned from an overnight trip early on Saturday with LIMITS…100 yellowfin tuna and 40 dorado for 20 anglers.  What’s even more remarkable is that Capt. Tyler Hill managed to accomplish that count by 10 am in the morning!  That’s getting the job done.  This weekend’s trip is sold out, but if you want to get in early, I’ve got a 2-day with these guys next month (October 16th 2-day).

Chances are I will do a little surf fishing before I get to San Diego for the trip.  My buddy Ben Hervey-Murray of California Sea Fishing invited me out for a session.  I had heard that the sand crabs have mostly died out, but Ben told me he just caught 2 corbina at dusk last night.  I LOVE corbina (and I picked up another great rod that I bought specifically for them), so I’ll make time to join Ben on the sand.  On top of the bean opportunity, Ben said there’s a chance at spotfin croaker (below).  I’ve yet to catch one of these fish, so I’d be really excited if we could make that happen. 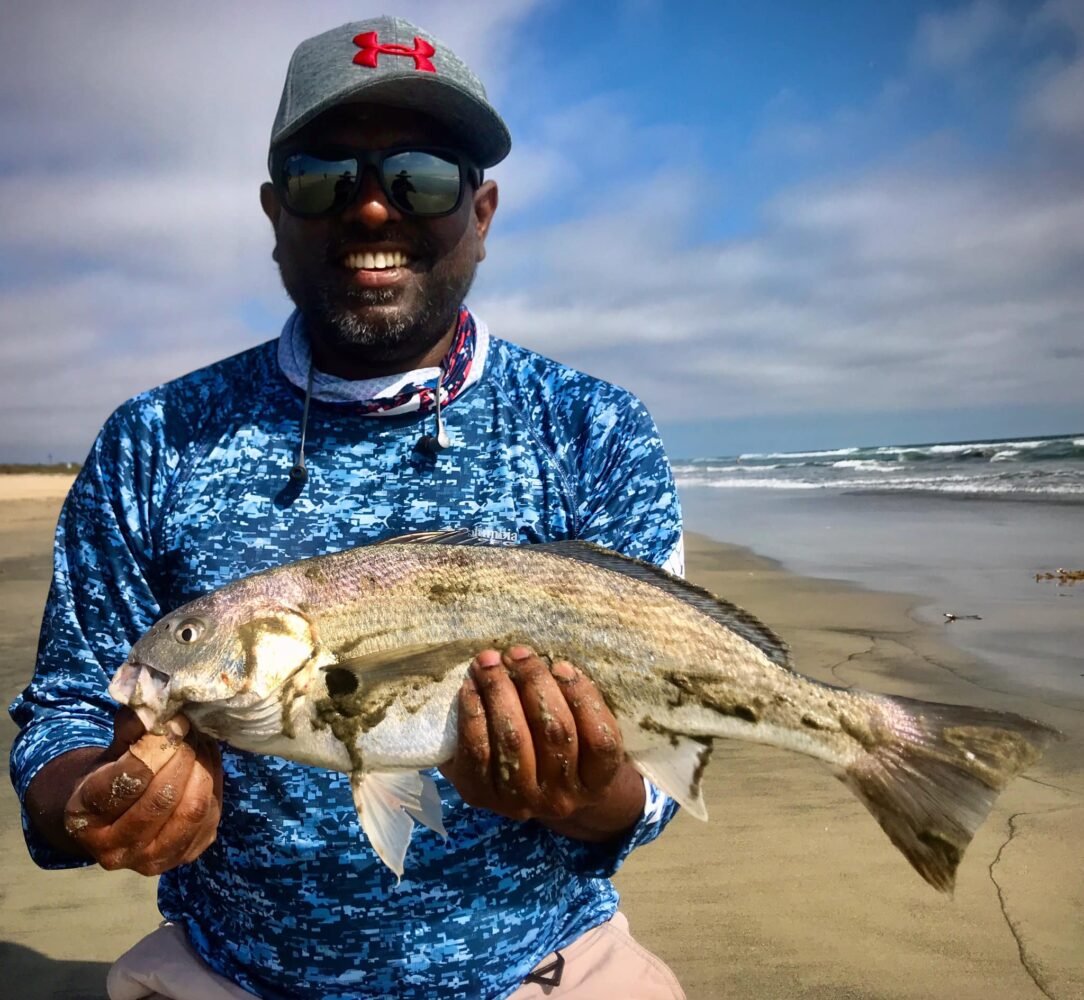 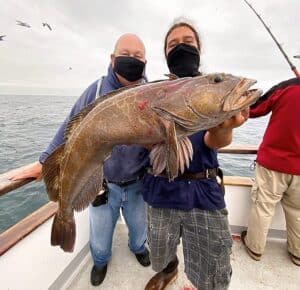 As Summer turns into Fall, it’s time to start thinking again about rockfishing.  Although I’ve gotten to do some of that in Oregon and Washington this year, I’m still feeling a hole in my year from never getting to go in SoCal back in March for the opener as I’d normally be doing.  My buddy, Ryan Kruskamp shares that longing.  Like me, he didn’t get his rockfishing fix earlier in the year.  Unlike me, this fishing gap in his year was due to the white seabass biting at the time (so jealous).  We made plans to head up to Santa Barbara and go ride on the Coral Sea next Thursday, September 24th.  They have been catching some rather impressive lingcod up there, which always catches my eye.  I know a lot of people in SoCal kind of look down their nose when it comes to rockfishing, but you really don’t know what you’re missing until you do it up north.  Come join us if you can.

Last week, I talked about how I was looking all over the Puget Sound area for some fishing fun.  This week in So Cal, I’ll be fishing offshore, off the sand, and bottom fishing…that’s a nice slice of the myriad of salty fishing opportunities available in Southern California.

It sure feels good to be home!

Get out and enjoy some yourself.  I’ll let you know how it goes.  Good luck if you get out there.