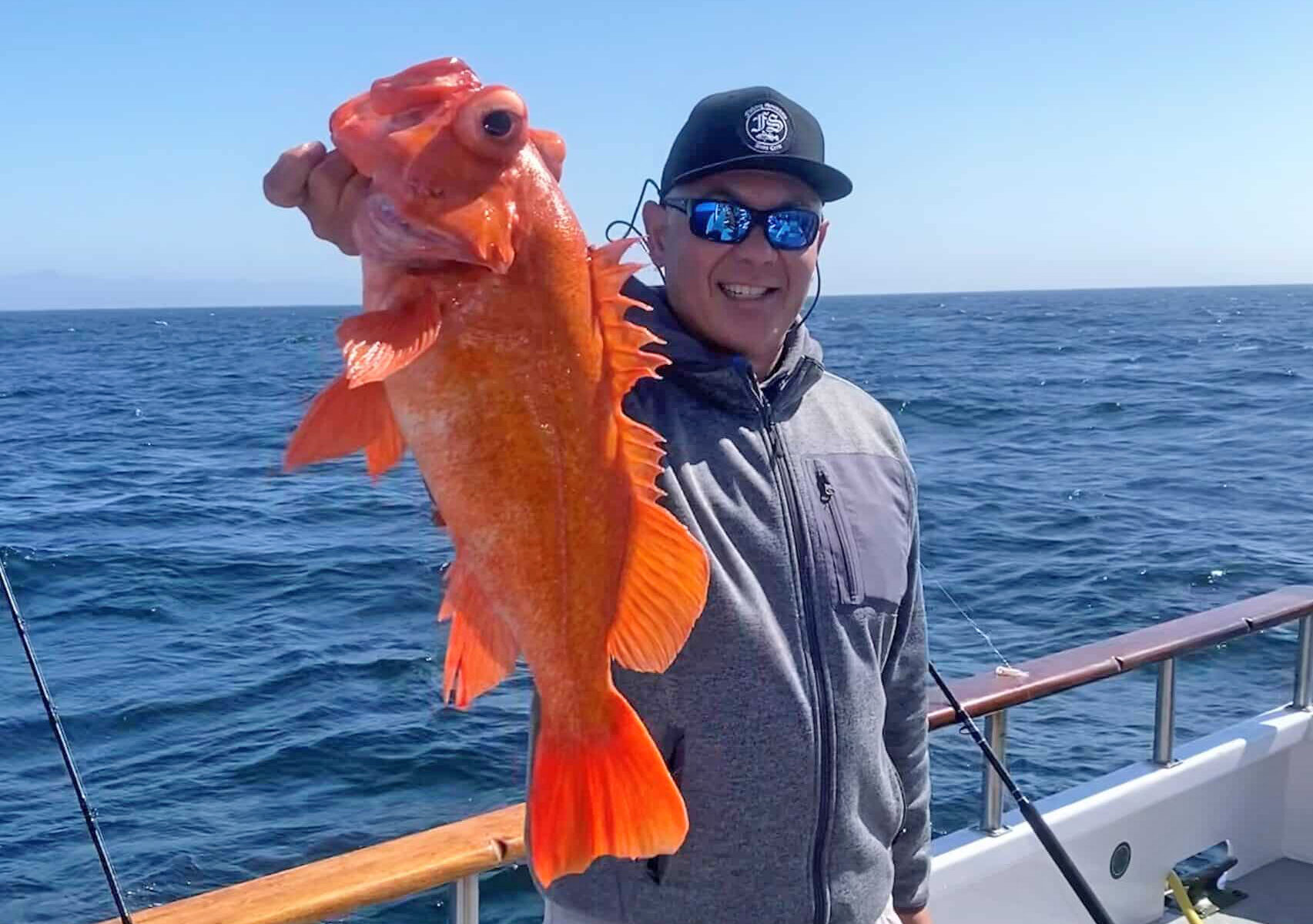 With all the rockfishing that I’ve already done this year, I have yet to catch a legal lingcod. Other than a couple shorts that I caught at Punta Colonet in January, I’ve blanked. It’s been kind of perplexing because it’s not like I haven’t had good opportunities. It’s not just me either, I haven’t seen many lingcod out on the boats or in the counts.

My plan this week to beat this trend, was to go up to Northern California. Their rockfish opener is April 1st. I was going to go up and ride the Sea Wolf with my buddies Nick Lam and Allen Pera. We all rode together last September and slayed the lings at the Farallon Islands on that boat.

That trip was crazy because we actually limited on lings before we limited on rockfish!

Unfortunately, there was some mechanical issue with the Sea Wolf this week and our ride was canceled. I was still in ling hunting mode, so I looked at options in the Channel Islands.

When I go up to the 805, I prefer to ride an overnight. It’s an hour and a half drive up there, so it’s nice to sleep on the boat on the way out, then nap after fishing, before making the long car drive home. I saw that Capt. Tucker McCombs had room on his boat the Endeavor out of Ventura Harbor Sportfishing. I booked the trip departing Wednesday night, fishing Thursday. Then I got the dreaded call. Trip cancelled. Not enough reservations. The fact that the cancellation happened was unbelievable given Tucker got his first seabass (3 actually) of the season on Tuesday night’s trip.

Thursday night’s trip fishing Friday was already fully booked. I texted Tucker to see if he could somehow get me on. The next morning I got the call, “If you can still make it Joe, you’re on for tonight.” Of course, I went…

Trip Report: Overnight To Santa Rosa On The Endeavor

Thursday afternoon (April 1st) I made the drive up to Ventura, had some dinner up there and prepared for the 10pm departure. When we boarded the boat, they were already tanked with live squid from their previous trip, as well as some fresh frozen dead squid. I was packed to rockfish for my planned Wednesday night trip, but given the new information that seabass was a possibility, I added 2 more rods. I added the Fishing Syndicate FSC 800M (rated 20-50), paired with a Shimano Trinidad 16A to fish a 30# high dropper; and the FSC 900L (rated 15-30), paired with a Daiwa Lexa 400 to fish a light leadhead/slider setup.

When Tucker gave his trip briefing (right), he recommended 2 setups, a 30# high dropper with an 8-inch loop about 3 feet above an 8-ounce sinker. He recommended a 5/0, long shanked hook (I used an Owner Aki Twist) tied onto the loop. For rockfishing, he said we’d probably fish 350-450 feet deep, so a pound of weight with a standard double dropper. We’d start out the following morning early trying for seabass and switch to rockfishing sometime later depending on how the seabass fishing went.

I rigged up and hit my bunk for the ride out.

Thursday morning (April 2nd), I was up just after 4am. Some 805 locals had told me to fish the pre-dawn hours if possible. The boat was still moving. I got up to go to the head. When I was on deck, I couldn’t make out where we were so I went back to bed. About an hour later, the boat started to slow down, indicating to me that we were in or nearing the fishing grounds. When I got back up top, a bit of light was just starting to creep over the horizon. I could see the lights and make out the silhouettes of some seiners fishing squid. We were definitely in the zone.

Tucker anchored up on top of a squid nest. It didn’t seem like he was immediately marking fish, but he would occasionally say that some were passing through. We gave the spot a couple hours, but it didn’t produce a bite. It was bitterly cold and I eventually opted for breakfast instead of toughing it out at the rail.

Around 8 am, we bailed on the spot and went looking around. Tucker tried a couple of unproductive drifts. Nada…not even a bat ray on one of the droppers tied too low to the sinker.

By 9:30, we were done with the seabass program.

I noticed while we were fishing that the moon was half full…not at all the “right” moonphase for catching seabass, but it wasn’t right 2 days prior when he got 3 either. I’ll just chalk it up one skunk closer to putting some seabs on the deck this season.

We made a long move to a rockfishing area. It was typically good 805 rockfishing…big reds and chucks. Because we were fishing deeper water, I didn’t see a lot of the blues and olives that are typically in the mix. It was mostly reds, chucks, and boscos. I quickly got my five reds and turned my attention to focusing on trying to put a ling in my bag. The current was ripping. Despite having tied a pound of weight on the end of my double dropper, it was proving to not be enough. I recognized the condition as a good time to fish the trap rig. As I was re-tying, I kicked up my weight to 20-ounces and even then I was still fighting to keep tethered to the bottom as we drifted along.

Given our drifts were moving so fast, I figured we’d probably spend time over some sandy bottom. I asked deckhands Jeremy and Daniel to keep an eye out for some sanddab I could use for bait on the trap rig. They said they would, but Jeremy also pointed me to a handwell where he was collecting some small rockfish. I picked a little green stripe out of it and fished it.

The trap rig proved to be productive, just not with my intended ling quarry.

Big bocaccio, big red, big chuck…were the first 3 fish to fall to my trap rig. Most impressive of the 3 was the red. It looked like it could be a contender for jackpot when it was all said and done. Fourth bite looked really promising. I found myself on the port drift side with the rest of the passengers. I had managed to find a nice hand sized sanddab and had it pinned on. I could see it was getting some attention and waited for whatever was biting to truly commit to the big bait. Daniel was standing next to me and noticed what was happening as well. Eventually, my rod started to load up and I gave the reel a couple quick cranks to set the hook. It was on. I dropped the reel into low gear, put my rod on the rail and started the slow ascent up. As I did so, I was getting the desired headshakes to indicate that my intended lingcod prey was on the other end of my line. I got it up to color and sure enough, it was the right kind. Daniel made a move to stick it and it let go and swam away. Heartbroken. There went my legal ling. As a consolation, my big red did end up winning jackpot against a field of some other large reds and both legal lings that did make it on deck.

That was the trip. Despite the seabass not wanting to play, and my personal loss of the lingcod that’s still swimming, I had a good day. Thanks to Tucker and his crew for providing an enjoyable day on the water. It wouldn’t be a bad idea to try and book some trips now in that golden window of 3 days pre and post new/full moons over the next few months. With the colder water we seem to be experiencing this year, I have a feeling that we’ll be seeing more squid and sooner or later the seabass that should go with them. Good luck if you get out there. 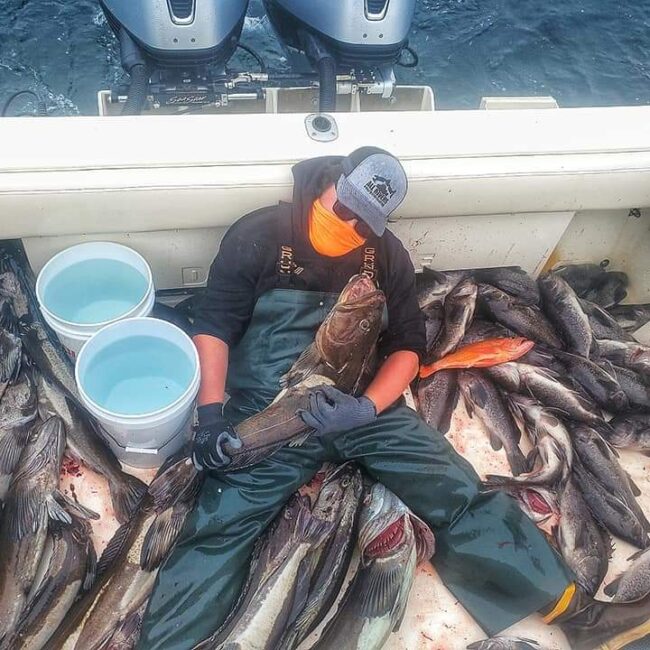 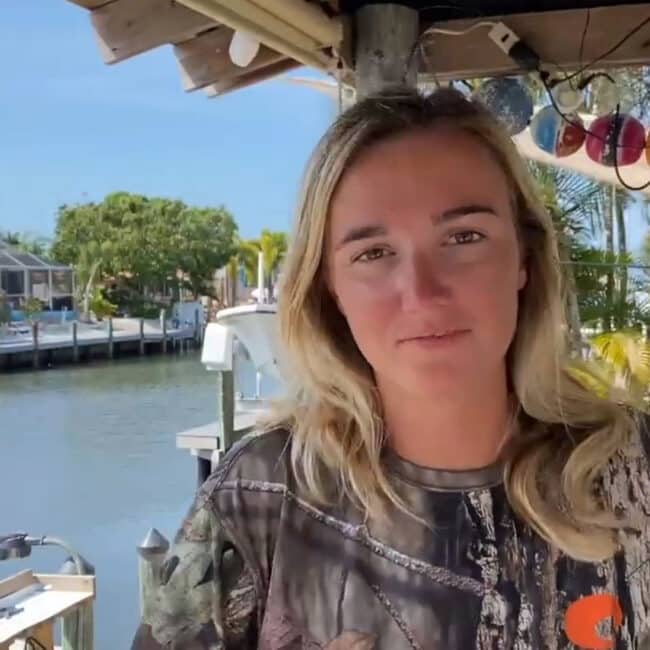 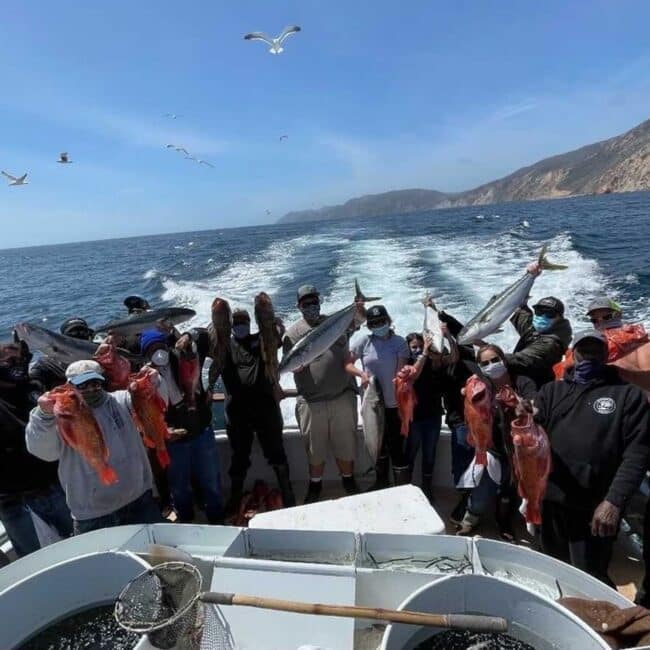 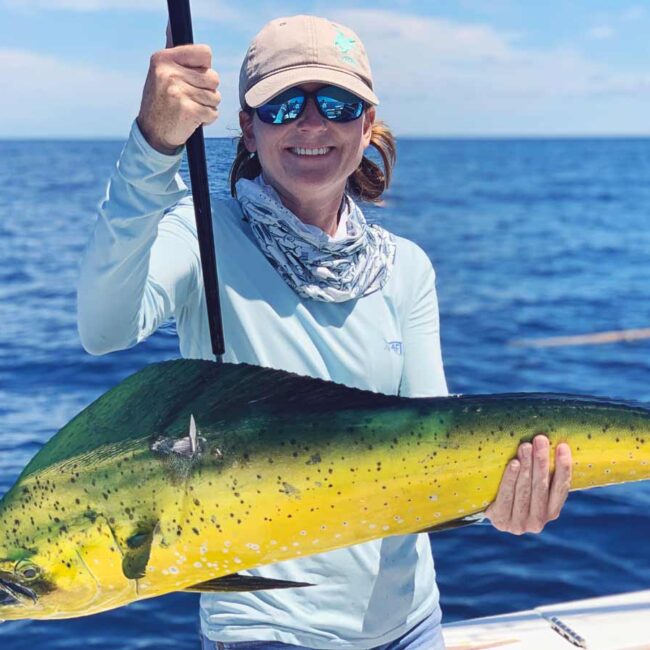 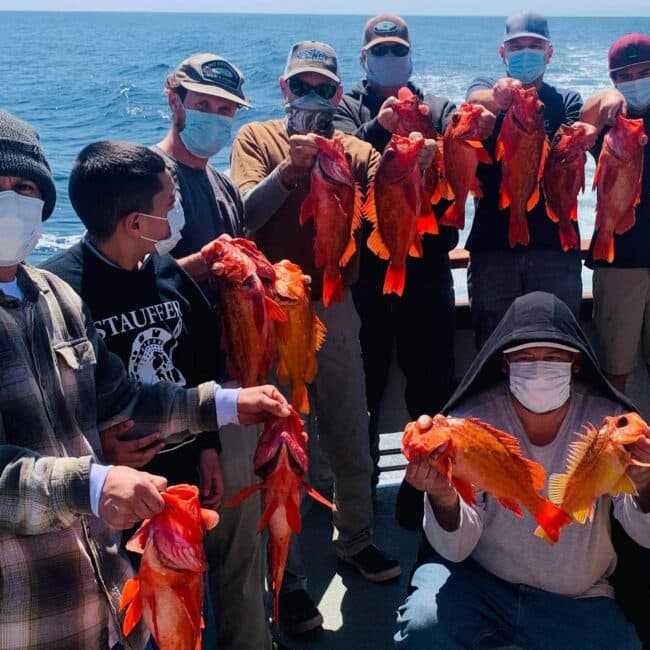