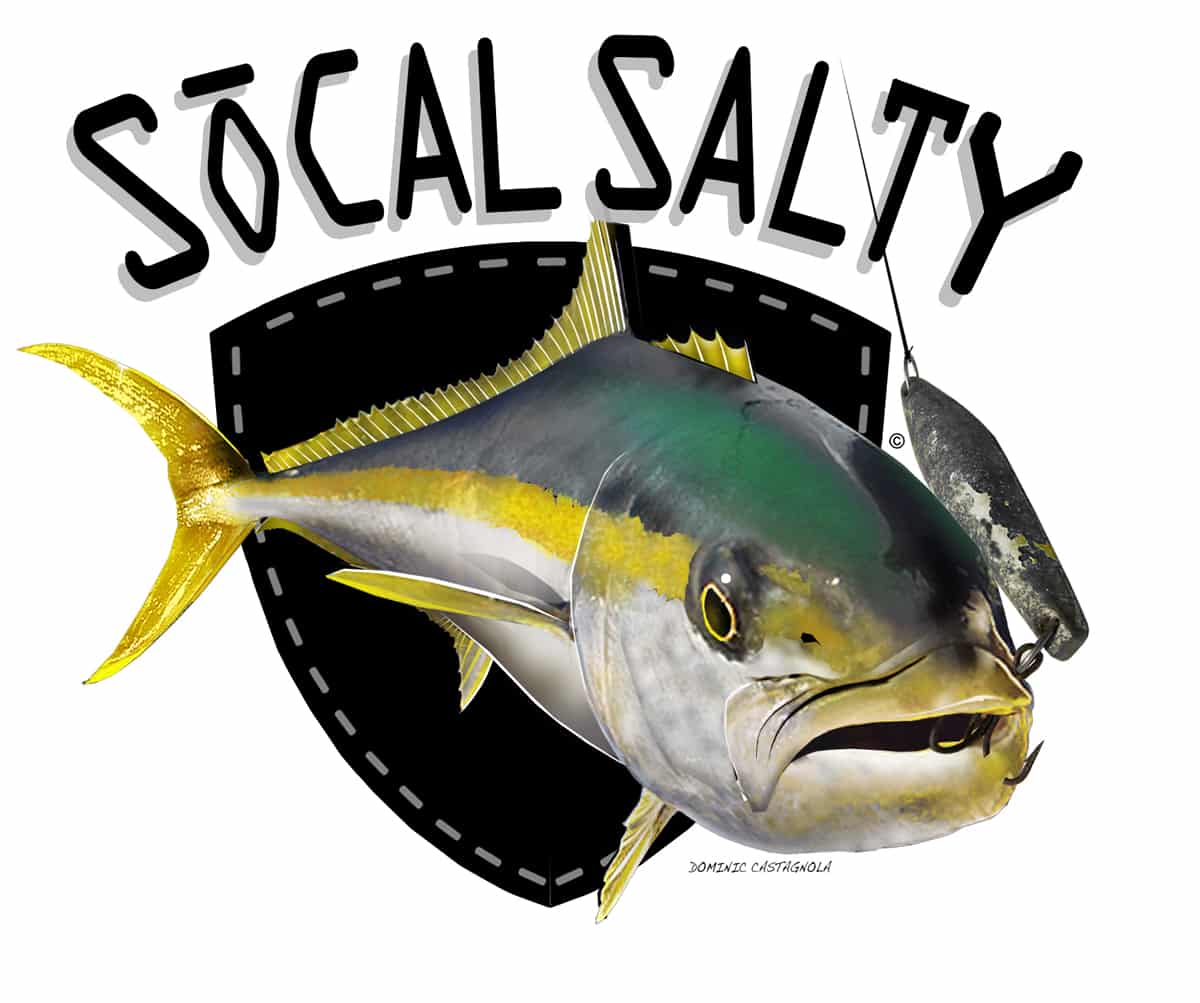 Last Thursday, December 10, 2020, was the 10 year anniversary of when I started my So Cal Salty blog.

It was just another day for me.  I was so busy last week wrapping up stuff at the house and getting ready to make the drive back down to SoCal.  Now that I’m actually down here and catching my breath, please allow me a little space to talk about how we got here…

Getting Back Into Fishing 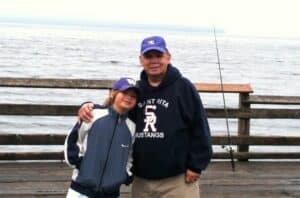 I wrote in the Tribute To My Dad how my dad pulled me back into fishing by igniting the passion in my son Jacob.

We started out fishing the piers, mostly Venice, and slowly worked our way up to riding the sportboats.  My favorite story from this time is the time we fed a bunch of homeless guys on the pier.  Jake and I had 2 poles each, working sabikis (with bait…I know).  We got into a wide-open white croaker bite.  We weren’t going to keep them, but one of the guys wanted them.  Jake ended up putting 32 white croakers in his bucket.  When we were done, he took out a propane burner, a bag of seasoned bread crumbs, and proceeded to start frying.  We sat and shared a few bites with them.  Jake’s bounty ended up feeding 5 guys.

In 2010, I was in the middle of a good work run at an internet start-up incubator.  We were having some success growing a presence in the blogging community.  I felt like if bloggers were going to be my target audience, I should learn more about what blogging was all about.  I attended a tradeshow in Las Vegas called Blogworld.  I immersed myself in the seminars and presentations, trying to learn as much as I could.  One of the seminars I attended was called, How To Start A Blog.  I sat between two ladies, one was from New Jersey and the other was from Minnesota.  They were both “mommy bloggers.”  They told me about all the perks they enjoyed from blogging.  It seemed fairly easy to start, and it would help me better relate to my outreach audience.  If in the process I could accomplish just some of what they had gotten out of it, that would be gravy.  Over Thanksgiving weekend, I thought about what I should write about.  At that point, the kids and I had moved on from the pier and had just started riding on the sportboats.  I had a lot to learn about fishing on them.  More than anything else, I saw the blog as a journal for me to document what I was learning.  If I happened to do something right, I wanted to be able to refer back to it and try to do it again.

I still had a regular corporate job, so I was a weekend warrior.  The weekends that I had the kids, we’d all go out together.  Back then, it was mostly half-day trips.  Our home boat was the New Del Mar, with Capt. Danny Ericson out of Marina Del Rey Sportfishing.  I was fortunate to be on a half-day boat with such a great crew and regulars.  We made a lot of friends, learned a bunch about fishing, and had some good times on that boat.

2011 was our first full year of fishing regularly on the sportboats.  I admit it, we were pretty helmet.  Looking back on some of my early blog posts, some of it was cringeworthy.  But I wasn’t trying to pretend to be anything that I wasn’t.  I wrote it all down.  I’m not an expert, I’m just a guy learning how to do this and documenting it along the way.  I started to let some of our friends on the boat know about the blog.  At the time, there wasn’t a lot of content like it out there.  It slowly found an audience.

After putting in a solid year of fishing regularly, we started to be competent.  Occasionally, things would work out our way, and eventually, we all won our first jackpots on the boat.  Mine was a chucklehead (aka copper rockfish).  Jake’s was a bocaccio (see video below) and Juj’s was a lingcod!

I was still working at the startup incubator, but for a new company in the organization.  This company was focused on finding an effective monetization strategy for Twitter.  If we were successful, then they would buy us and we’d all be rich!  Lol.  It didn’t end up working out that way, but we came very close to being acquired by Twitter anyway.  Along the way, everyone was required to start a Twitter account.  Since I was enjoying being a blog creator, why not use Twitter (@socalsalty) to promote the blog?

At the same time, I had gained the confidence to start venturing out and fishing on some other boats, and on longer trips.  As I got better, the content got better and the audience grew.  I started doing some occasional writing for Western Outdoor News.  I got to host some of their trips.  The boats and landings started catching on to social media and I consulted for some of them to help them create and grow an audience for their Facebook pages.  I’d trade my expertise for trips and I got to go on more and better trips.

I met Michelle Gandola when she was doing communications for the Sportfishing Association of California.  When she wanted something to get out to the community, she would email me some backstory and links and I’d do a write-up on the blog.  When she took on the job of Marketing Director for BD, she asked me if I would ever consider writing for them.  One thing led to another and I was hired in March of 2015.

It’s been a great ride.  I’m still having fun and I’m going to keep plugging along.  Thanks to everyone who enjoys reading my posts.  Thanks to Scott Goodwin, my editor, for giving me a lot of leeway to write what I want to write about…especially this year when I haven’t even been around to fish in SoCal as much as I would’ve liked.  Thanks to all the captains, crewmembers, landing folks, and all the people that come out.  You educate and inspire me.  Hope to share some time at the rail with all of you soon.

I’m in town right now and have plans to get in a bit of fishing while I’m here. 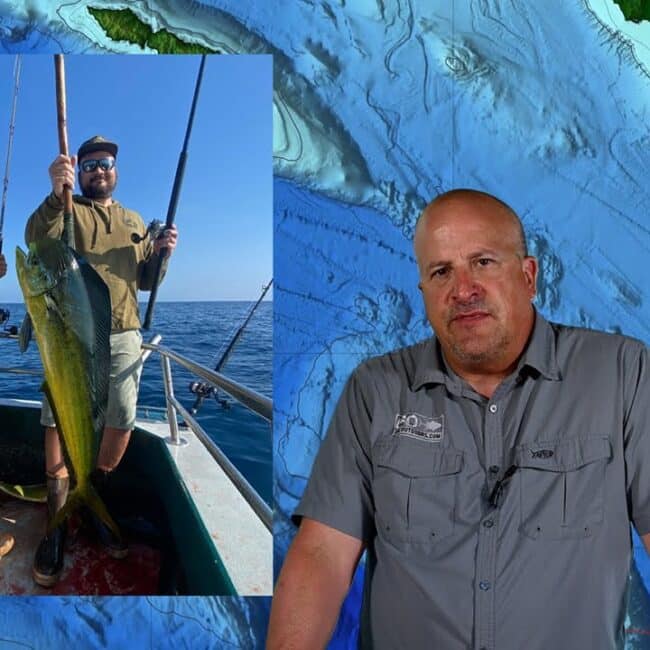