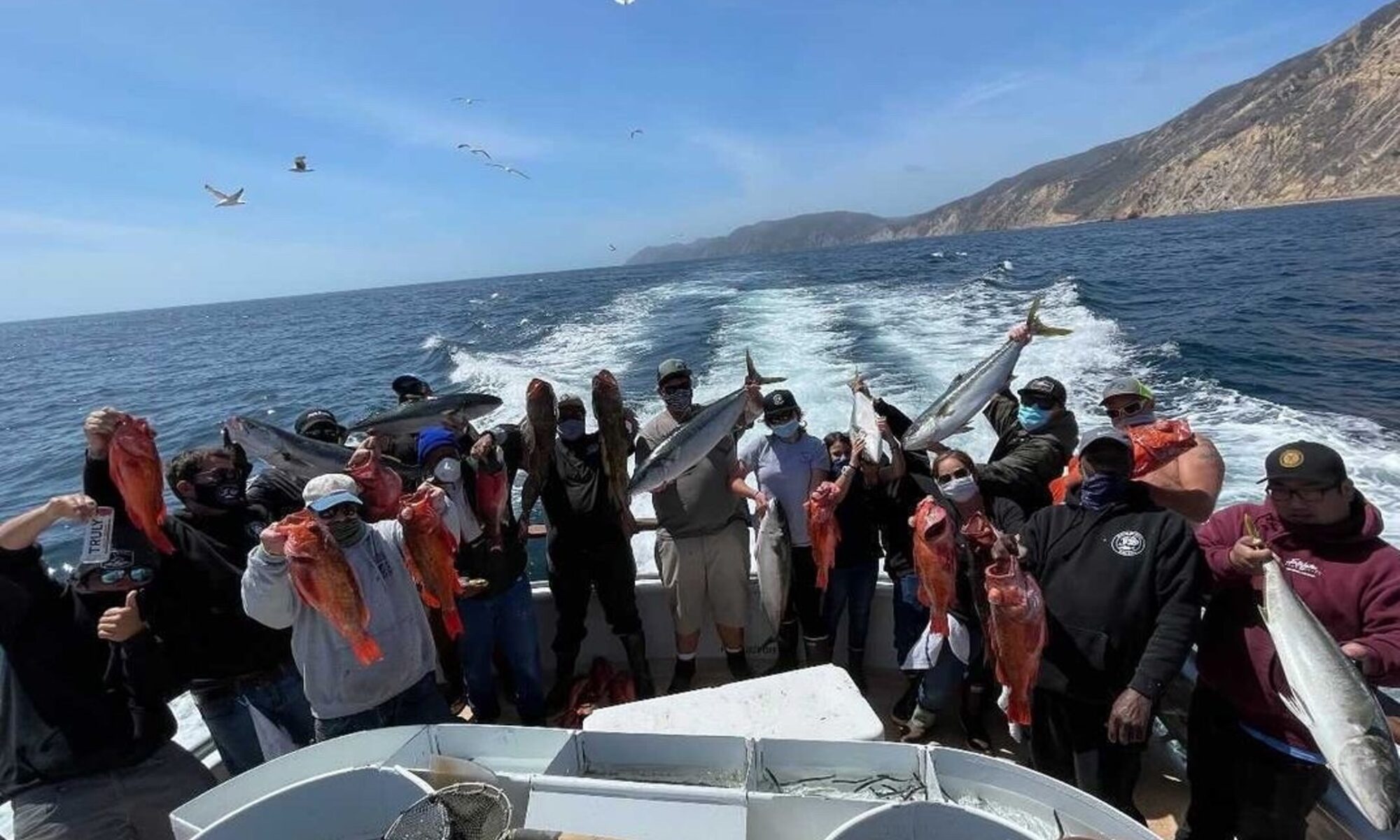 Though the wind continues to be a factor up north and on the outside, it’s been another week of improved fishing across Southern California. The bluefin are finally starting to cooperate down south, the yellows are biting at the Coronado Islands, and boats fishing from San Diego to Santa Barbara are starting to catch something other than just rockfish. It looks like we’re going to be stuck in this Catalina Eddy weather pattern through the weekend but the outside winds back off mid-next week and the improved conditions should make for even better fishing.

Starting down south, the 1 1/2-day boats fishing outside Ensenada are still seeing lots of tuna and are thankfully starting to catch a few of them as well. The Polaris Supreme returned to Seaforth Landing on Wednesday and reported, “After a steady pick on the nicer models up to 160lbs during the day, we had a great night bite on the 40-50lb grade and rounded out our limits for the trip. Captain Aliyar recommends 30-50# fluorocarbon and small Shimano Flat Falls and Colt Snipers. The wise angler would also be prepared with a 60-80# setup for sinker rigs and larger Flat Falls.” The weather down in that zone doesn’t look too bad on a big boat, but if you’re looking to make a long skiff run you might want to wait until mid-week.

The yellowtail bite at the Coronado Islands continues to be hit and miss with most boats scoring less than 30 fish per trip but captains reporting enough volume in the zone to produce some good scores if the fish decide to bite. Captain Ryan Bostian of the San Diego said that all techniques were working and suggested that anglers fish how they’re most confident. Speaking of being confident in your technique, Carrie Sherwood-Costa fished aboard the Legend over the weekend and reported, “We saw plenty of signs of fish, even boiling on the surface, but it was tough to get a bite. All of the bites came on the yo-yo iron (both small and large) and the key to success was putting your time in at the rail. It’s like that some days though and you feel lucky to just have the opportunity to get one on the deck.” Hopefully the bite will improve as we come into this new moon.

Another spot that could use some help from the new moon is San Clemente Island. Captain Jeff Markland aboard the Thunderbird out of Davey’s Locker reported “Limits of Rockfish, limits of Reds, 1 Lingcod and some Whitefish. Looked over an 8 mile stretch of shallows and saw nothing with the sonar. Fished 3 spots inside 25 fathoms for nothing. Saw one small school of Yellowtail at 0445 for nothing. Water is still very cold and off-color.” With the wind forecast to blow at the island over the next few days, I doubt anything will change overnight but we can always hope.

The weather at Catalina Island is looking good for the weekend and the fishing is pretty good.

I fished calicos there on Friday morning and the wind forced us to stick to the frontside east end. We ended up having really good fishing up shallow on hardbaits despite having to resort to fishing some of the less productive areas. The sportboats fishing the island are starting to target bonito and calico bass along with rockfish so make sure and bring appropriate tackle if you’re headed out there this weekend.

Finally, the fishing at the Channel Islands is actually pretty good when the wind gives the guys up there a break. My friend Captain Danny Ericson and his crew from the New Del Mar chartered the Aloha Spirit this week and loaded up on quality rockfish as well as catching six yellowtail and one white seabass. Water temps at Santa Cruz Island are holding up pretty well despite the wind that’s been plaguing that zone this spring so I’d imagine the fishing will continue to improve once the weather settles down a bit.