If an angler is good on a local boat, they’re good anywhere.

I’ve heard that said often. I used to think it was just local guys compensating for the fact they can’t or don’t fish longer trips. But over the years, as I’ve gotten to know a lot of local regulars, then had an opportunity to fish with them in other areas or on longer trips…I kind of agree. When I started fishing here in Southern California, my home boat was the half-day boat out of Marina del Rey, the New Del Mar (picture below). I learned a lot of the essential skills fishing on the NDM, that have allowed me to be successful fishing elsewhere.

Since offshore fishing is starting to slow down, I thought it would be good time to highlight what’s going on locally.

Mostly rockfishing with a little bit of bass fishing mixed in. That’s going to be a familiar theme as we make our way up the coast. That being said, I feel like I haven’t done enough rockfishing this year, so I’m good with it. That’s Dolphin regular, John Ho (right) with a ling he got on Halloween (Sunday, Oct. 31st).

First things first, the OC landings are open for business!

They closed immediately in the wake of the big oil spill off Huntington Beach, but they are back online now.

Fishing-wise, they’re mostly on a rockfish and sculpin tip.

Like Dana, they’ve been mostly on a rockfish and sculpin program, but with live squid at the Marina del Rey bait dock, the bass fishing in the afternoon and on the twilight ride has been good of late.

California DFW agent and Fishing Syndicate pro-staffer, Marcus Fain (below), put the live squid to good use last week. He rode Marina del Rey 3/4-day boat the Spitfire on Thursday (October 28th), getting a limit of bass in the afternoon to top off his morning rockfish limit.

The twilight bass tournament on the New Del Mar saw a 7-pound fish take the top spot in October.

I tried to get in on this action last Saturday (Oct. 30th). I rode the Spitfire with my friend Helen Sun. I had a nice bag going on the morning rockfish program with a combination of square spots, a bocaccio and a red (6 total), when we ran into a mechanical issue. A pipe burst in the engine room, we lost power and were taking on water.

Thankfully, Capt. John Corzell’s decisive action and leadership of the crew averted what might have been a tragic situation. John was able to stop the incoming water and LA Baywatch was quick in their rescue response to the boat. The crew hand bailed the engine room until the rescue boats showed up. Baywatch pumped the rest of the water out, then towed us in.

They’re going to be offline for awhile, but you can get in on the bass fishing aboard the New Del Mar. Saturday afternoon, they got lucky and also picked up a big 30-pound homeguard yellow on dropper loop squid.

You never know unless you go.

Pretty much straight rockfishing, but the quality is better than other local boats. Before she got on the Spitfire Saturday with me, Helen rode the 3/4-day CISCO’s boat the Gentleman on Friday. Big reds and salmon grouper highlighted her trip Friday.

A lot of anglers talk down about rockfishing. Personally, I love it.

No pressure and better eating in my opinion. It’s a good changeup to offshore and if you don’t hurry up you’re going to miss it when it closes at the end of the year.

Get out and get some. Good luck if you get out there. 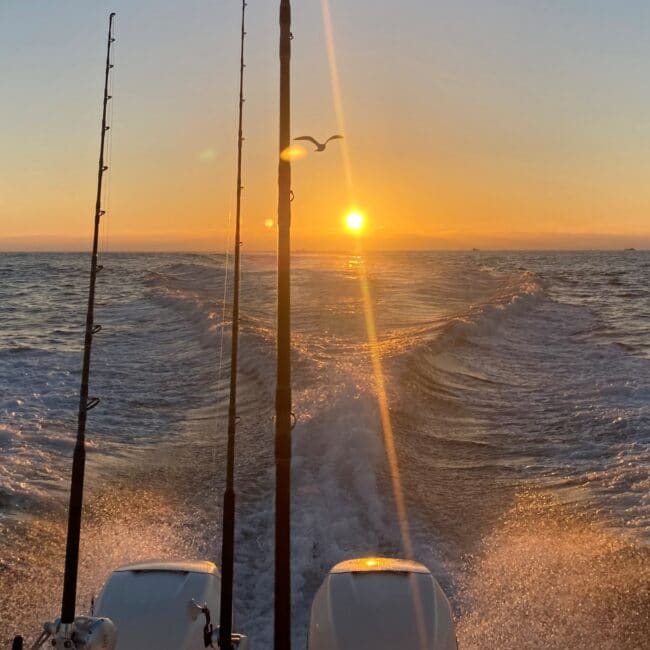 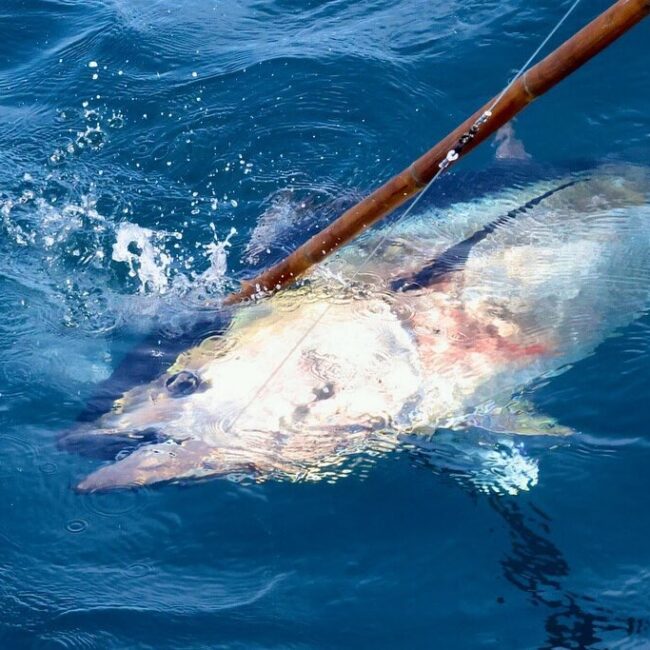 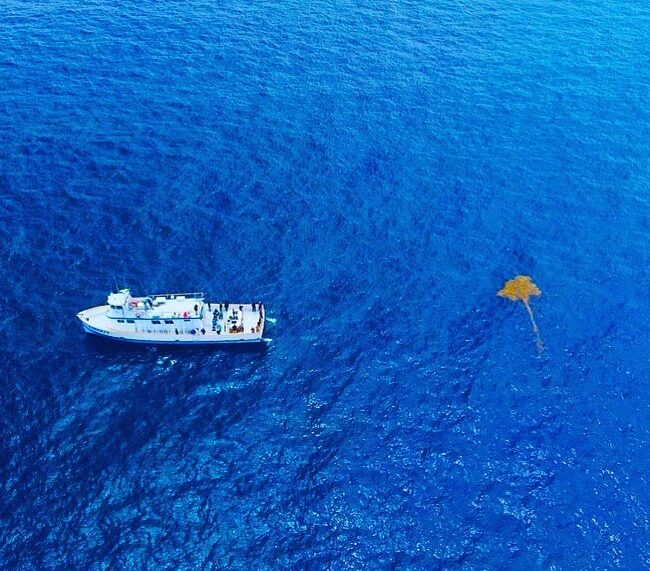