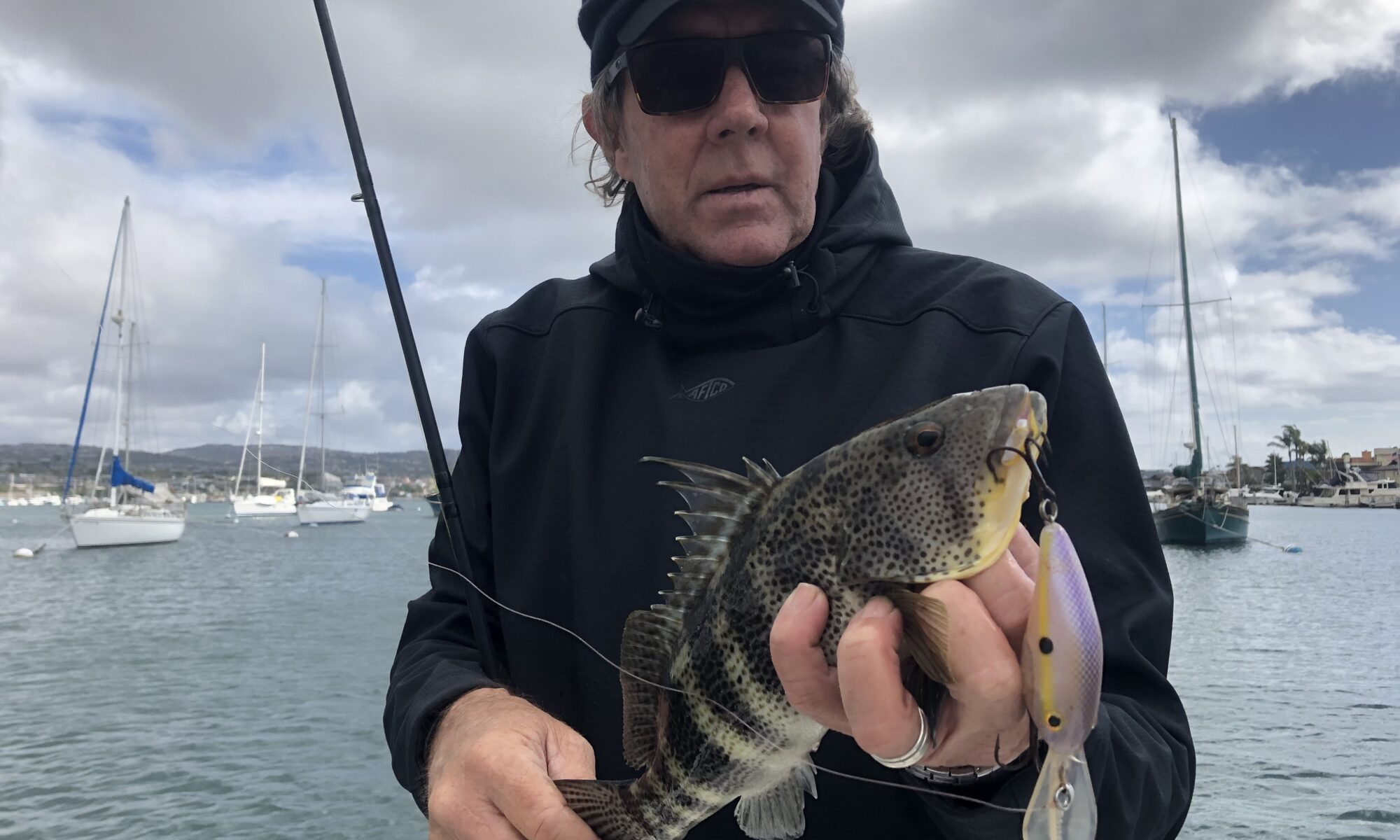 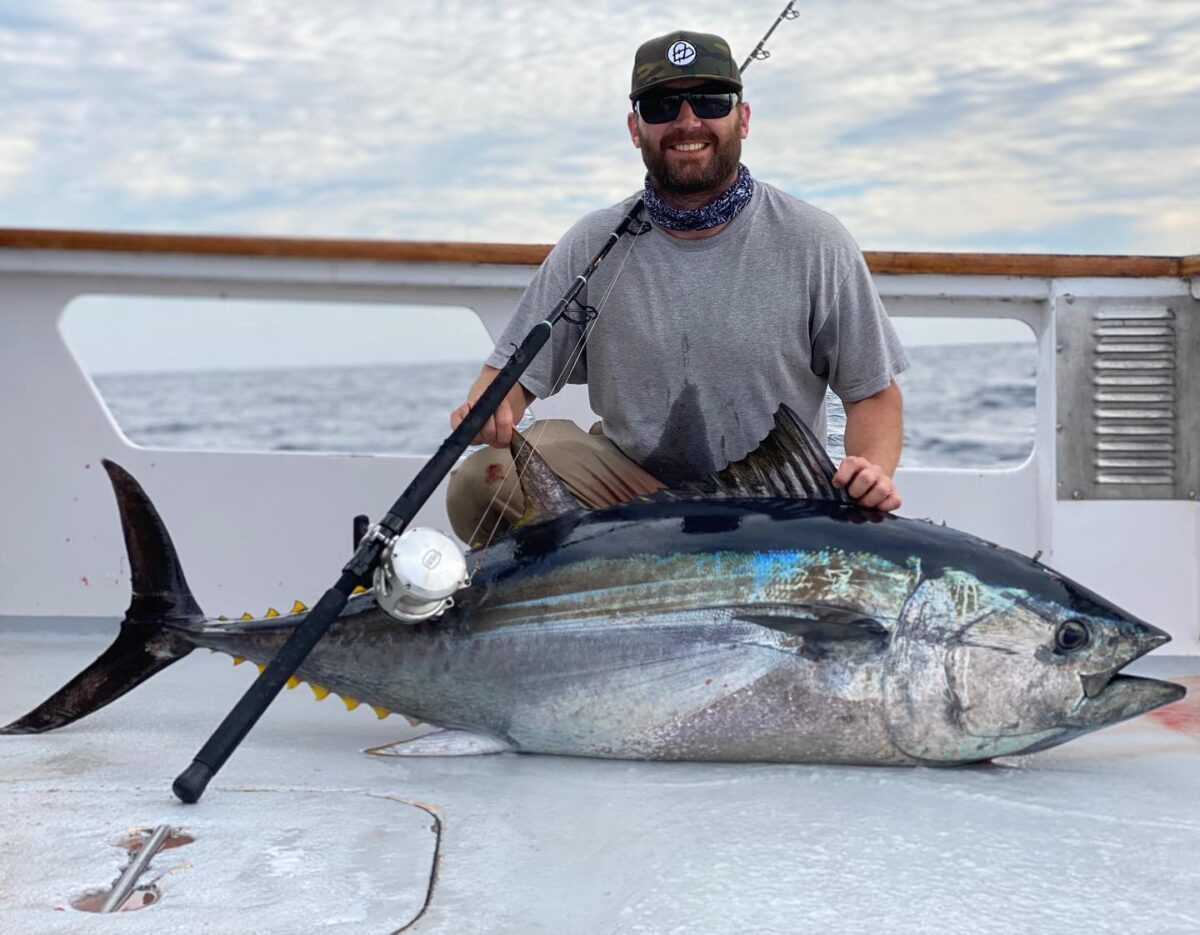 Well, last weekend’s weather forecast sure lived up to the forecast. I got up on Saturday morning and it wasn’t raining all that much, so I called Jimmy Decker to see if he wanted to go fish spotties in Newport Harbor. It started raining a little harder as I left the house and by the time I got on the freeway it was pouring so hard that traffic slowed to a crawl. Decided to keep going because the rain was forecast to quit by 9:00 a.m., which it did, but a few minutes after we launched it was blowing 20-plus knots. The spotties were biting well enough that we stuck it out until the wind died off at 11:00 a.m. The rest of the day was looking pretty promising until I watched the other end of the bay disappear in another giant downpour. Luckily we were able to make it to the Balboa Angling Club’s dock before the rain crossed the bay and sat the storm out in the clubhouse while enjoying a cocktail. If you’ve been considering joining a local angling club, I can tell you that it does have its privileges. 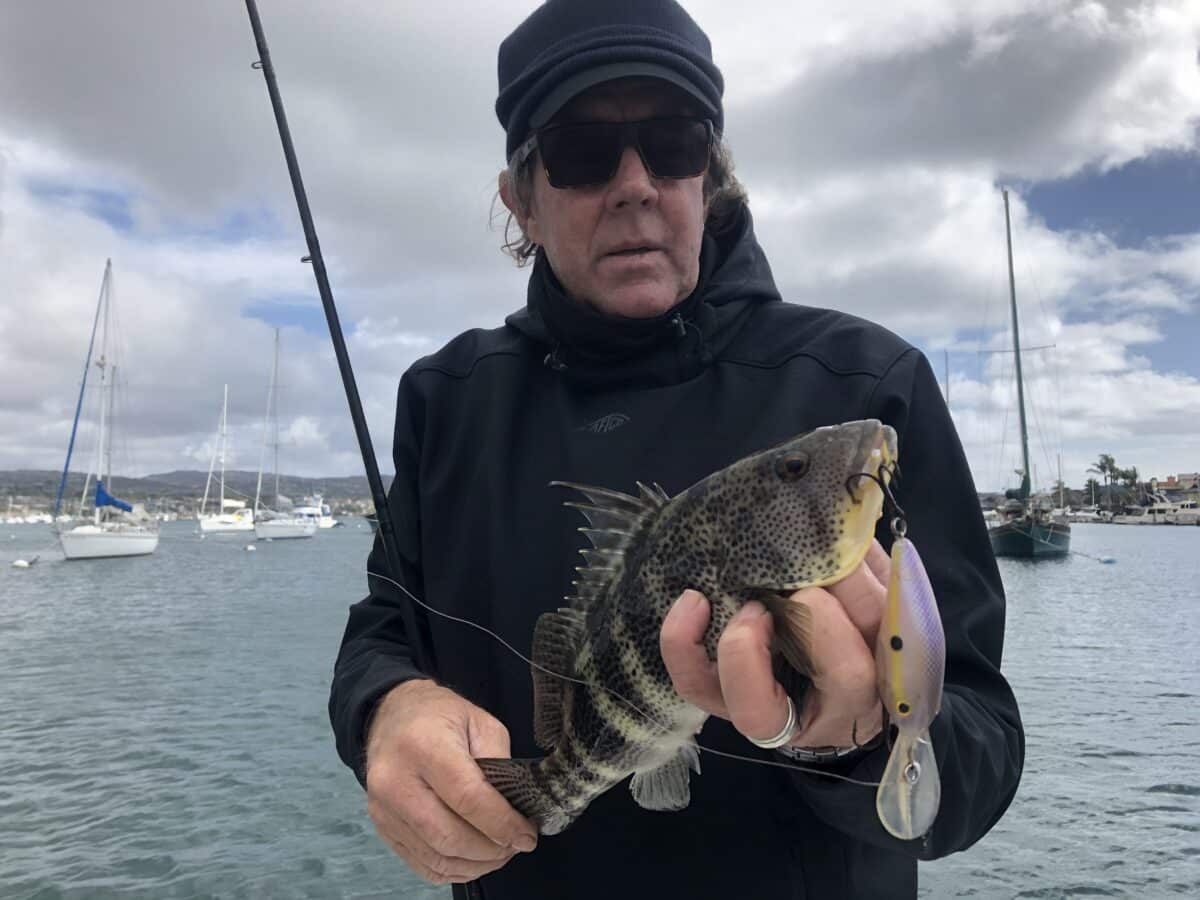 Spottie fishing aside, Saturday and definitely Sunday, were not only unfishable but played hell with conditions. I fished out of Long Beach on Wednesday and the water temps were five degrees colder than they were before the storm. The cold water definitely put a damper on the bass bite as well. Matt Kotch and I hit a bunch of deep water structure spots for a grand total of five sand bass, one calico, and a big black seabass. The good news is that conditions fared better at the islands and offshore. Let’s take a look at the Navionics chart to get the details. 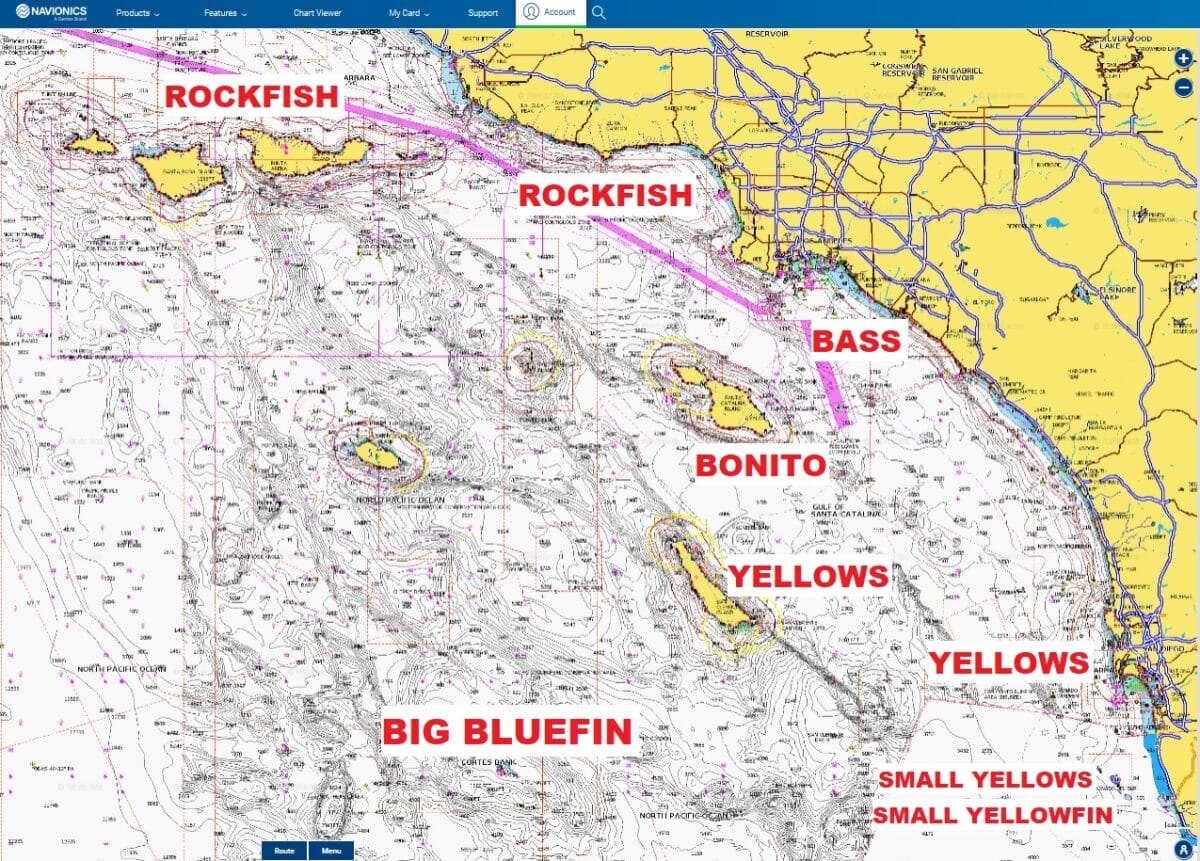 When it comes to offshore fishing, not much has changed since before the storm. The big bluefin are still biting at the Cortes Bank and while the wind is going to blow out there again this weekend, it’s not forecast to be nearly as bad. Both the Tomahawk and the Pacifica made runs to the outer banks this week and scored on fish from 100 to 200-pounds. The fish down south are still biting as well but they range from small yellowfin and skipjack to very small yellowtail and the occasional dorado. On a brighter note, the wind isn’t really forecast to blow in this zone over the weekend, so if you’re dying to get in another offshore trip, you should probably do it now. 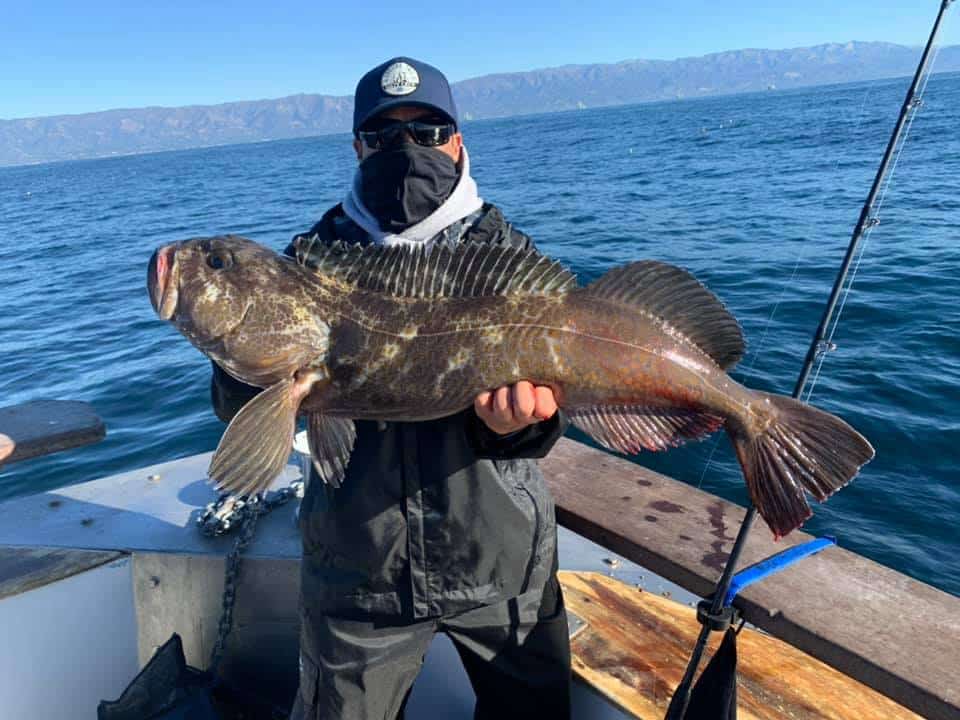 If you’re over tuna fishing, there are still several good options available right now. Up north, the boats fishing the Santa Barbara coastline and the Channel Islands are scoring some quality rockfish. There’s some wind forecast for the northern islands on Saturday but Sunday looks pretty nice. I’m sure that the rockfish are biting at San Nic and the Dirt Clod as well, but the wind is definitely going to be enough of a factor that I’d recommend saving that run for a nicer day. The rockfish are biting along the coast as well and that’s probably what I’ll be doing somewhere in the Santa Monica Bay on Saturday. 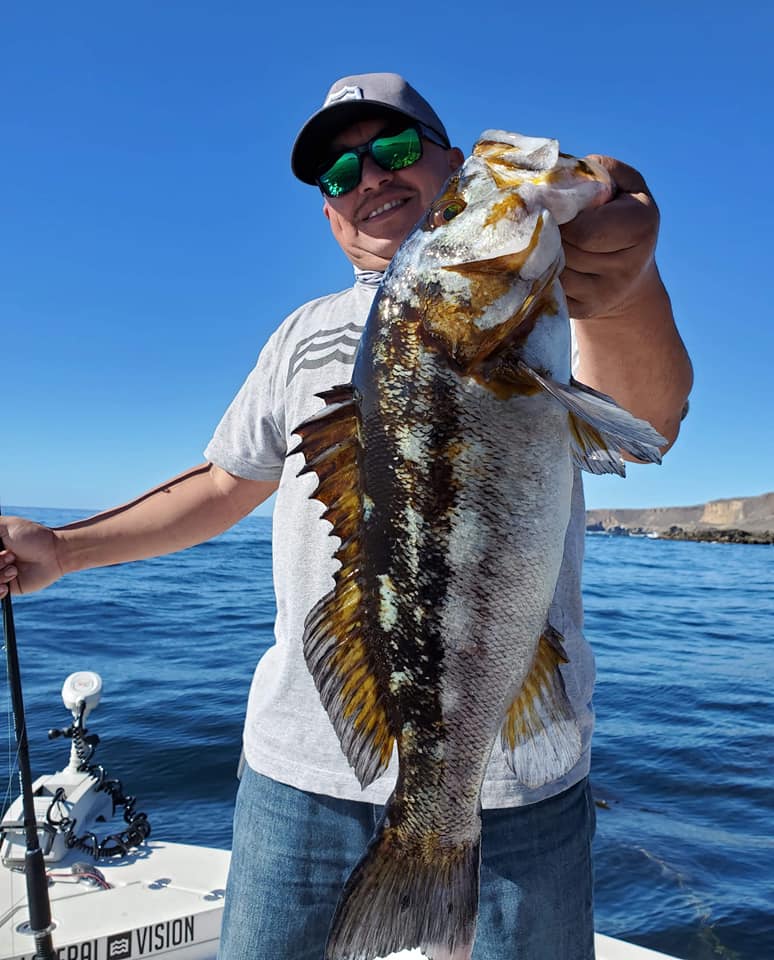 The bass and yellowtail are biting at San Clemente Island. My friend Bobby Martinez made the run out there this week and had some good weedless swimbait fishing. I’m not sure if any sport boats have fished the island this week, but I spoke to a couple of gentlemen at the ramp yesterday evening, who’d just returned from the islands, and they had good bass fishing along with a couple of small yellowtail.

The weather looks a little iffy for a skiff run on Saturday morning but looks nice the rest of the weekend. 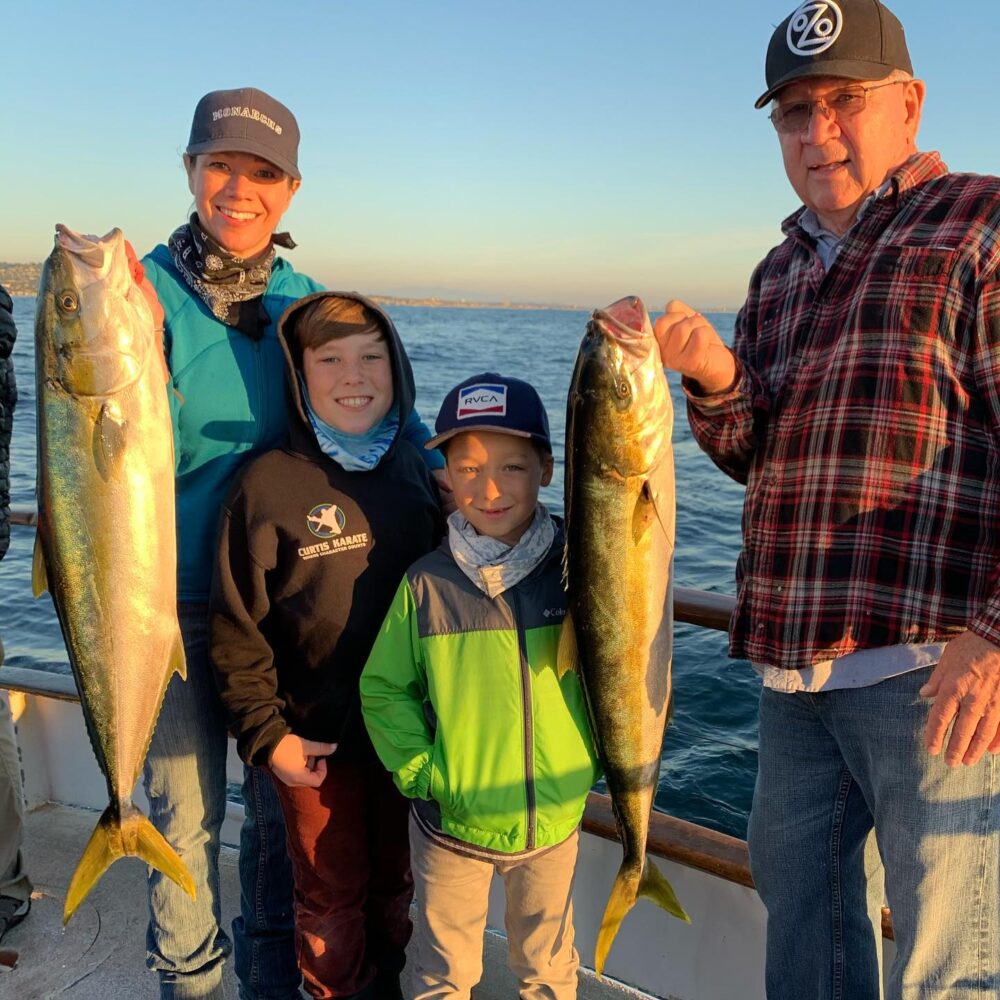 There are a few yellows and plenty of bonito still biting at Catalina Island and I’d imagine the yellowtail bite will rebound a bit if we get a few more days of good weather. In other yellowtail news, there are some biting along the coast in San Diego. The Sea Watch caught these fish on Wednesday afternoon and reported good rockfishing to go along with them. If you’re planning on fishing this weekend, I’d take a good look at the weather forecast in your area before heading out. Good luck.