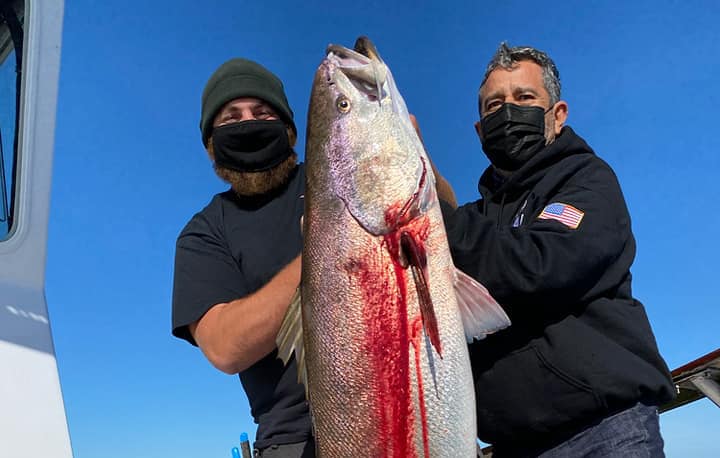 So I was talking last week how things seemed to be kind of slow. Then as soon as that publish button was hit, news started coming in about some of the great goings on that were happening…

Let’s start with The San Diego, I reported last week that the yellowtail bite had dried up at the Coronado Islands. Looking to shake things up, relief captain Matt Bralla went offshore and put his passengers on limits of yellowtail (100 for 20 passengers) and 2 bluefin tuna. The yellows were that smaller variety kelp yellows, say 8-11 pounds, but it was good action. It’s been fairly consistent since, and some other boats like the Liberty have jumped into the fray. It’s definitely a good option if you are in, or planning to fish in the San Diego area.

The captains are recommending 20 and 40-pound flyline bait setups, but it’s always a good idea to have something you can cast a Colt Sniper or similar into foaming fish like the successful angler pictured (right).

Moving up the coast, San Clemente Island is starting to kick out some nicer grade yellows. Overnight boats like the Thunderbird out of Davey’s Locker, the Fury out of Dana Wharf, and the Amigo out of 22nd Street in San Pedro have all been getting them this week. They’ve been catching them in a variety of ways, but the big news is surface iron is playing a big role! That’s angler, Daniel Morales (left) who scored all of his on a mint Salas 5x aboard the Thunderbird.

And then I may have bias toward seabass, but I’m most excited about what’s happening in the 805. Last Thursday (April 29th), Capt. Tucker McCombs scored 2 “seabs” on an overnight trip, 3 days after the full moon. But instead of things tapering off, they seem to have only heated up. The Mirage posted limits on Sunday. And then today (Tuesday, May 3rd), Tucker hit on limits also. Several other boats, for both day and overnight trips, are reporting seabass in their fish counts the last few days. When that seabass bite is on up north, it isn’t a bad call to drop whatever you’re doing and head on up. There’s no telling how long it will last.

Bluefin, yellowtail and seabass…all on the menu and it’s only early May!

I’m fishing with Tucker on Wednesday, May 5th on an overnight fishing Thursday. And then I’ll be boarding Saturday night on the Fortune for a 1.5 day trip that will most likely get into that San Clemente yellowtail bite. Stay tuned for what could be a big week. Good luck if you get out there 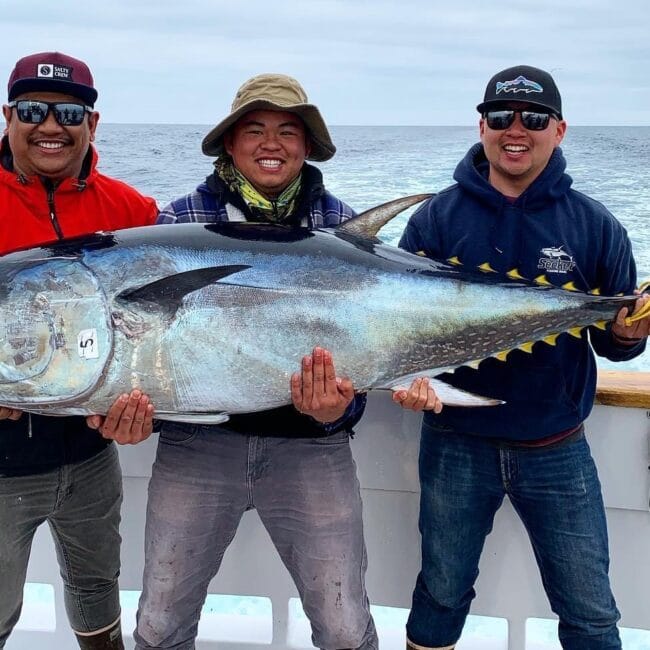