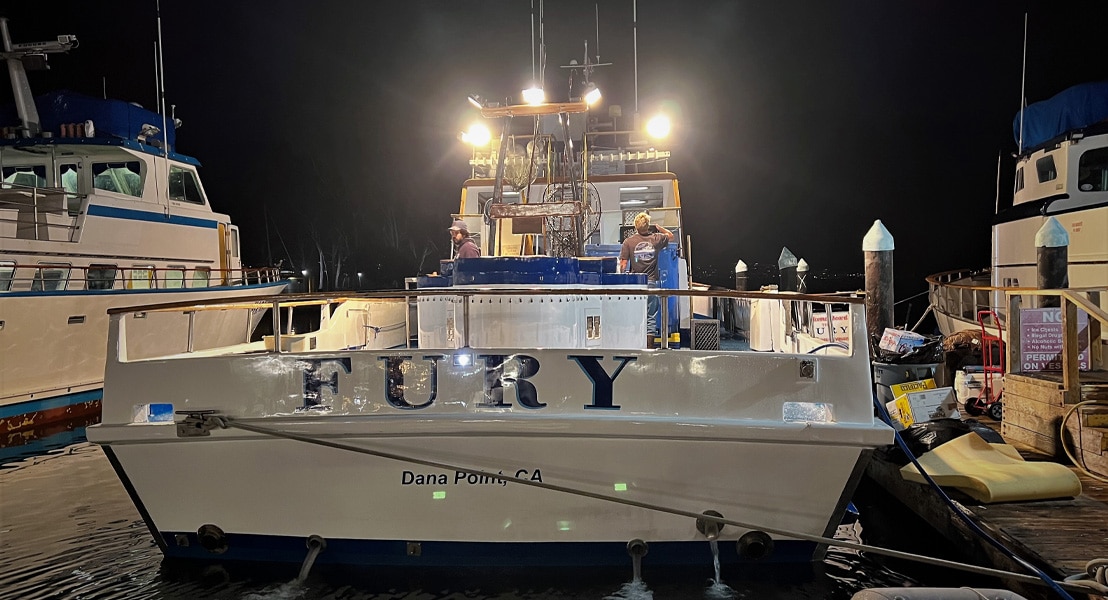 I boarded the FURY last Tuesday night (March 1st).  The boat was out the previous day on a charter for the opener, so this was their first open party trip of the year.  I remember the days of coming down here with my own kids to ride on their Kids Fishing Clinic the half-day trips. I still recognize many of the faces from back then. A lot of the pinheads and deckhands we met on those trips have stayed in the industry and some are even running their own boats now.  Capt. Marcus Bailey of the Fury is one of those guys.  We departed the Dana Wharf marina just after 9 pm, picked up bait (live sardines), and were on our way.

The plan for the trip was that we would arrive at the island around 4 am and anchor up.  If you wanted to, you could immediately start fishing.  Recommended setup was either a dropper or sliding sinker setup with 2-3 ounces of weight, small hooks, and a strip of squid.  Target fish were whitefish and sheephead.  I woke up when the boat slowed down and looked at my phone to note the time, right on time.  I knew it was probably another couple of hours before the sun came up, so I stayed in my bunk.  When I did get up, people were up fishing, but I didn’t notice anything happening.  I ordered a breakfast burrito and warmed up with a cup of coffee. Once the sun was up, it started to bite a little.  It was mostly whitefish coming over the rail.  The highlight of the morning was a nice calico caught on dropper loop squid.

We pulled anchor around 8 am but stayed with the shallower water program for the first couple stops of the day.  It was mostly more whitefish, but the quality got a lot better.  I managed to get a small sheephead during this portion of the day (along with a bunch of whitefish including some jumbos) fishing a Carolina rig with a 2-ounce slider and a leader of 25# fluoro to a size 2 circle hook and a strip of squid.  When I felt like I had more than enough whitefish, I tried to fish the fin bait to see if I could catch something else.  No takers.

From there we went further outside to fish deeper water.  We fished from about 280 feet to around 400 feet depth during this portion of the day.  I didn’t know this going into the trip, but new regulations from the CDFW for this year have 4 reds and 1 chucklehead (copper rockfish) as sub-limits to your 10 rockfish overall limit.  As it turned out, those new rules didn’t end up having much effect on the outcome.  I only ended up with 2 reds and 2 chucks (had to give one away).  The rest were a mix of big starries, gophers, johnny bass, and the like.  I spent some time trying to specifically target lingcod, both with artificials and bait, but came up empty in that endeavor.

We enjoyed a beautiful day on the water.  Other than the latter part of the day, the water was super smooth with little to no wind.  Even when we fished the deepest water of the day, I never used more than 10-ounces.  When we were done on rockfish, we went back inside to top off on whitefish.  It was during this point of the day that a few larger sheephead came over the rail, one of which took jackpot for the day.

Marcus said he wasn’t too enthused about trying for bass.  The water was less than 60 degrees.  Nevertheless, when we reached limits of whitefish, we gave it a go in the kelp for the last 30 minutes or so.  I rigged up using 25# fluoro to a size 1 bait hook with a ¼-ounce slider, to fish the sardine.  I got my bait taken at one point, but no fish.  A couple of short bass for the boat before we bailed.  Overall nice fishing…it was easy 20 fish bag limits if you wanted to fully load.

The wind that we started to see at the end of our day impacted fishing for the rest of the week.  A lot of the weekend “opener” trips ended up getting canceled.  Hopefully better conditions for everyone to get out this week.  Thanks to Marcus and his crew for a nice day on the water.  Good luck if you get out there. 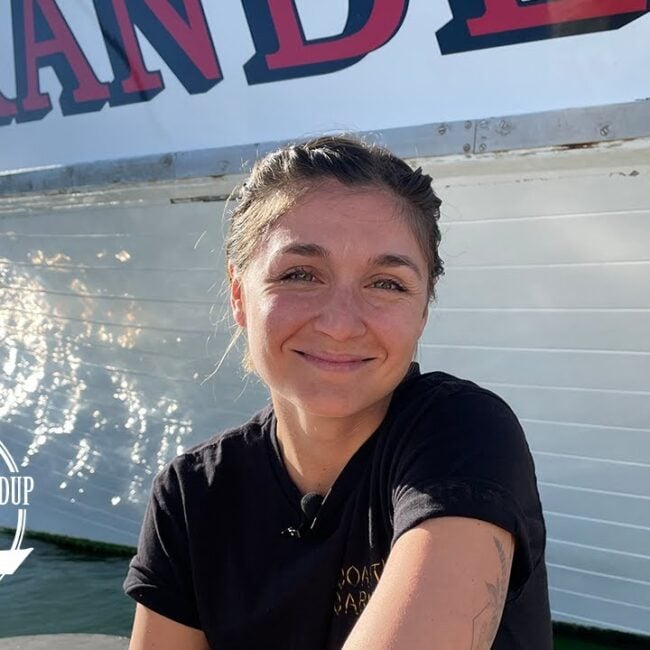 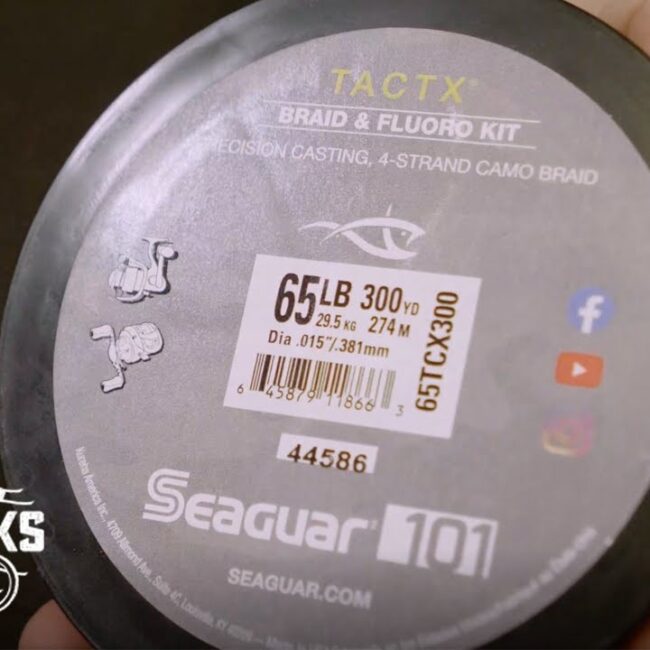 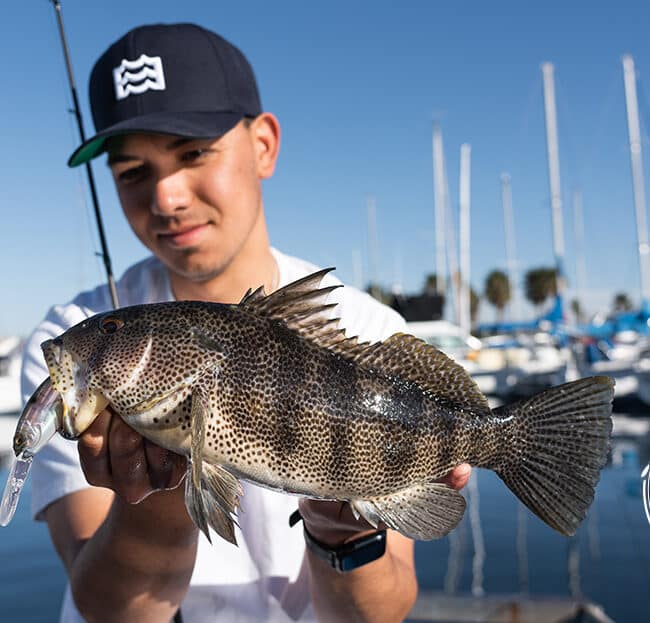 Southern California
How To FishInshore Fishing