While I had an enjoyable trip trout fishing in Montana, it felt really good to get back home. As always, I wanted to get back out fishing. I had gotten invited to fish a private boat in the Channel Islands this weekend, but I didn’t really want to go to all the trouble of venturing too far away. I also wasn’t mentally ready to subject myself to the vagaries of going offshore and chasing bluefin.

Nope, I wanted familiar and reliable. Let’s fish the Bay!

I reached out to my buddy John Anjard (above). John was one of the first “industry” people I met (he was working deck on the Daily Double at the time) when I was first getting back into fishing. I had bought a little 6-foot honey-colored Calstar from him on eBay for my son to use. We met to do the transaction in the parking lot of the West Marine off Rosecrans Street in San Diego. While there, I told him I was going to be fishing on the Malahini the following day. He asked me if I wanted him to take a look at my tackle box. I showed him. Not satisfied with what he saw, he took me to Squidco to get properly outfitted. That was in 2010. We’ve been friends ever since.

These days John doesn’t get out on the sportboats too much. He has a regular job now, and won’t subject himself to being a weekend warrior on the open party boats. Instead, he prefers to take out his 18-foot aluminum skiff. San Diego Bay/Point Loma/La Jolla are his home waters and he’s gotten them pretty dialed in at this point.

We made plans to meet at 11 am Sunday (July 25th) at the Shelter Island boat ramp. The late start was because of my having to cross the border. As it turned out, the crossing was easy and I had a lot of time on my hands. I headed to Shelter Island Pier. I love this pier. It’s my go-to spot whenever I have time to kill before a trip. One of the reasons it’s typically good is because for whatever reason it seems to be a nursery for smelt. Two to five-inch bait is abundant here, so it attracts predators. You can catch all 3 species of bass (spotted bay bass, calico, and sand), plus halibut here.

The seasoned pier guys bring a dipnet and stale bread to make bait. How it works is they drop the net, then chum the bread to attract the small smelt. Once the smelt are boiling on the bread, raise the net and you’ve made bait. They have aerated 5-gallon buckets they use to keep the smelt alive while they fish.

I’m going to divulge a secret to you all now…

Now that I’m somewhat local, I’ve thought about getting fully equipped, but it’s easier to just stick to the same strategy that’s worked for me for a long time. It goes as follows. I rig up a dropshot plastic that mimics the smelt. The Fishing Syndicate Inshore Series FSG 800XL (rated 10-25, 3/8 to 1-3/4), is the perfect little rod for this application. I pair it with a Shimano Tranx 300. I rig up using 12# fluoro and a 1-1/2 oz. torpedo weight.

I cast out, and drag that bait across the bottom. I vary my rate of retrieve to make it look like it’s a dying bait that got separated from the school. Easy prey. Once I’ve caught a few fish, the regulars start to take notice. It’s at that point that I hit them up with a deal.

“This plastic is all torn up (of course it is because it’s been getting smashed). Tell you what, if you let me fish your bait and I catch a legal halibut, it’s yours.” Works every time.

I got their attention early on Sunday when I caught a short halibut within my first five casts.

I proceeded to catch an additional 4 spotted bay bass. My bait was really eaten up at this point. I was doing great on plastic, but I wanted to try the live bait anyway. I made the deal. Unfortunately, I didn’t do any better on bait…3 more spotties. Overall, great session. It was time to go and meet John at the ramp.

John’s game plan was to buy live sardines at the bait dock, and do a few halibut drifts while we waited for the tide to change. When that happened, we’d head out to Point Loma and fish for calicos in the kelp. Then we would come back in and do a few more drifts for halibut to end our day. I was down with the plan. Let’s go.

As I said before, John has put in a lot of time figuring out this fishery. I didn’t want to reinvent the wheel, so I rigged up exactly as he told me to do. We proceeded to the halibut spot and started doing drifts with our live, trap-rigged sardines.

On the first drift, I mistook getting hung up on eelgrass for a bite. On the second drift, I had a better understanding of the terrain below us. Towards the end of the second drift, we both got bit. It looked like on mine, the fish dogboned the sardine and missed both hooks. John’s fish got stuck. It was a just legal halibut. Strong start to our day.

Nothing else happened in that spot before the right tidal conditions came along and we made our way out to the Point.

Out here, John said to fish plastic. He said fishing bait here was only going to catch small barracuda. Again, I took his advice and rigged up a 5-inch swimbait on a 1-1/2 ounce leadhead. I got bit on my first cast. Legal calico bass. Nice! We proceeded to catch a few bass each before it was time to head back to the halibut spot.

John said the end-of-day halibut bite has been pretty good. He was right.

John told me the incoming tide brings in bait from the outside, so that’s why it gets active. Birds were working all around us to support what he said. Right out of the gate we both caught shorts.

On almost every drift, something was getting caught. If it wasn’t short halibut, it was spotted bay bass.

I was really hoping I’d catch a legal halibut. Halibut is one of those fish where you are better suited to catching one on a skiff vs. a sportboat. I wanted to make the most of this opportunity.

Finally, on the last drift of the day, my wish was granted and I caught one. It ended up measuring out at 27-inches…not huge, but comfortably legal.

There’s nothing like good, local knowledge and John has it. Pretty much everything he told me…how to rig up, what to fish at a given time, how the day was going to go etc. was spot on.

As always, thank you John for sharing your knowledge with me. I had a fun day on the water, and it was the perfect, easy trip to ease back into the SoCal mix. I’m ready to go deal with those bluefin now. Good luck if you get out there. 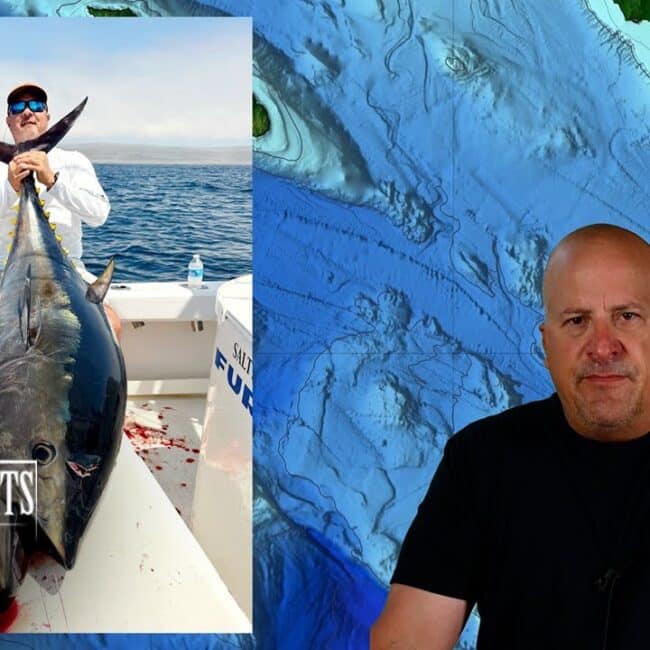 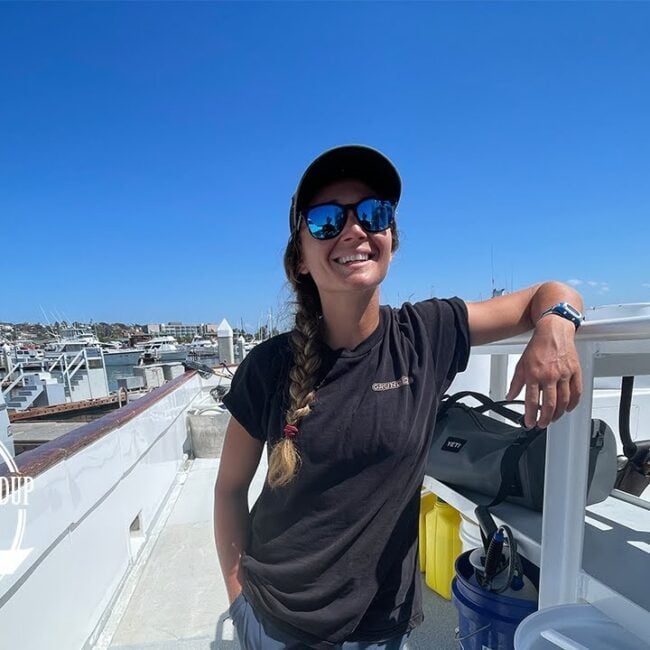