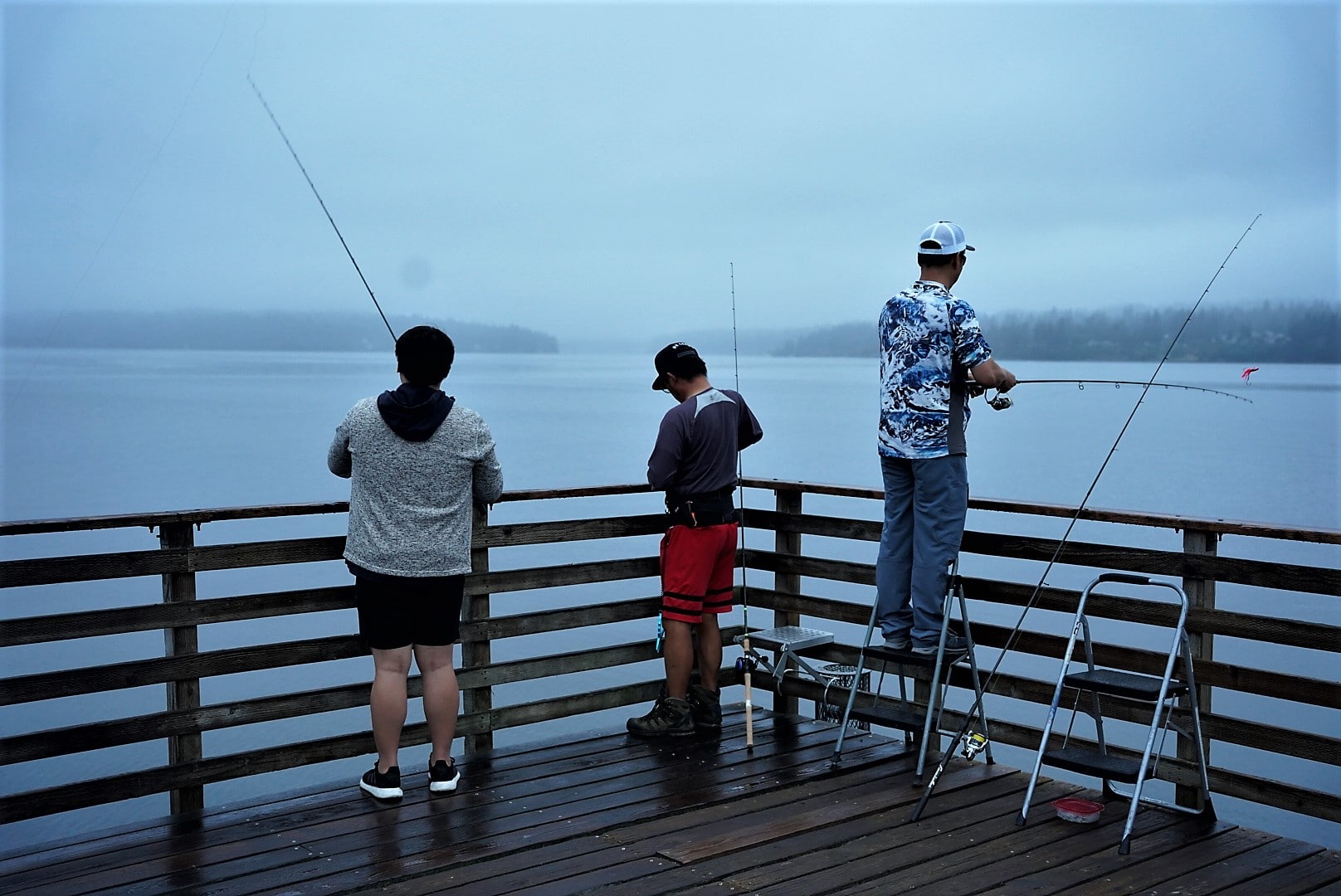 My very first sportboat caught fish was a salmon. I was 10 years old. Up to that point, I’d only caught fish from the pier or shore. It was my first opportunity to fish from a boat. It was magical. The fish was a 12-pound silver salmon (aka coho), and that was it. I was hooked for life.

I didn’t get a lot of salmon opportunities after that first time until last year.

Spending as much time as I did in the Pacific Northwest in 2020, I exceeded my combined salmon catch for my whole previous life. It was really fun. After selling our family home in December and moving back to Southern California. I was excited to get back up there this year to experience a slice of what was a bright spot of my year last year.

The spot where I spent the bulk of my time salmon fishing last year was at the Dash Point fishing pier at the south end of Puget Sound.

Why not? It was only 20 minutes away and held a legit opportunity to catch king (chinook) salmon, with a shot at silvers (coho) later in the season that ran roughly from the end of June through August. If I told you could catch yellowtail off a pier, would you go? Same deal in my mind.

It was absolutely worth the time spent. I had 6 pier caught salmon, and lost a big one (over 20-pounds) while memorably snapping a rod in the process. Over the course of fishing there, I got friendly with the local regulars. When the opportunity was over at the pier, they took me to fish the rivers. It took some learning, but eventually I had success doing that too. The main guy taking me around and showing me how to fish salmon was Ken Kim.

In the weeks preceding my departure to Seattle, I was checking in with Ken to get the scoop on what was happening at Dash. It was just starting to get good when he shared some devastating news. Apparently over the winter, storms had damaged the steel cables holding the pier together from below. City of Tacoma shut it down in response.

Fishing Dash was going to play a prominent role on this trip. Time to improvise.

I arrived Tuesday night last week (August 3rd). The next morning, I needed to get my car rental situation figured out (long story), and then I was looking to fish. Ken told me to meet him at Les Davis pier on Ruston Way in Tacoma (below).

Les Davis is a nice pier, but it isn’t Dash Point. The picture above is looking north along the outer rail. That point on the other side to the right is Brown’s Point. Around the corner behind Brown’s is Dash Point. Fish migrate down from upper Puget Sound and pass along the shore at Dash and Brown’s, then turn left to head upstream to spawn in the Puyallup River. Les Davis is out of the way of the natural migration path. The fishing reflected it. I fished there Wednesday afternoon and Thursday morning for one shaker fish. I saw two pinks get caught.

Ken liked the tidal conditions on Friday and wanted to make a long drive to a “secret” pier out on the Olympic Peninsula. Another angler, Peter, met us at Ken’s place pre-dawn on Friday morning and we piled into his truck. A few hours later, we were the first people on the pier. Peter wanted to get there early as possible because it coincided with the outgoing tide. Peter feels the outgoing is the most productive time to fish this spot. I hooked up once at the outer rail, but the fish came off during the fight.

Barbless hooks…they only add to the difficulty level of catching these fish.

That was the only action for us during the morning session. There was a long lull when the tide bottomed out and we waited for the water to fill back in. I amused myself trying to hook red rock crabs in the clear water below. I almost got one over the rail! There were beds of grass in front of us a little ways out from the pier. Baby flounder could be seen congregating just above the grass. An otter was harassing them in the water, while two osprey and a bald eagle looked for opportunities for fish from above. There was definitely a lot of life here.

The afternoon session was better. I saw several fish flash on my jig, but I couldn’t get one to commit. Peter however managed to land 2 pink salmon (aka humpies). Better action at this pier than Les Davis, but not enough to bank the rest of my trip on.

Saturday, I checked around to try and hook up a trip for Monday or Tuesday. That effort was fruitful. There was a salmon combo trip out of Newport, Oregon on the Umatilla II. I booked that trip and Ken decided he would join me.

Sunday, I already had plans to fish with Randy Castello. Randy and I met on twitter. He’s from up here, but worked deck and ran some six pack boats out of Newport Beach, California before returning to the PNW about 10 years ago. He runs a US Postal Service boat now delivering the mail to some of the San Juan Islands that don’t have ferry service. Sunday is his one day off and we made plans to fish the Nisqually Reach, the far south end of Puget Sound near the mouth of the Nisqually River. Randy lives up in Burlington, north of Seattle. He was willing to make the long boat-trailer drive to Point Defiance where we launched because his local Marine Areas had recently closed due to hitting their catch quota. Randy got plenty of his share during that bounty. He is familiar though with the South Sound and I had high hopes for our trip.

Long story short, Randy had a solid plan. We saw a lot of fish on the finder. They just didn’t want to bite. One 18-inch chinook jack for our day (released). We saw one legal-sized chinook get boated, but it was subsequently released. Must’ve been a native. When we got back to the dock, there was a Washington Dept. of Fish and Wildlife officer at the ramp gathering catch data. She shared her numbers with us. Lots of boats, but not even close to one fish per boat. Just a bad day.

Everything was riding on Oregon…

I discovered this boat last year on my first trip up from LA to Seattle in March. They run out of Newport Marina Store & Charters, right next to the Rogue Ale brewery and the Oregon Coast Aquarium. I ended up fishing with them 4 times doing rockfish and crab combo trips and halibut trips. I caught a chinook salmon while fishing for lingcod on the first trip with them and would’ve gone with them offshore for albacore had the longfin gotten close enough in their day trip range.

I enjoyed all those trips, but they had a crew shakeup since last year. This time around, Capt. Al Vanderford (left) was at the helm and owner Brad Gnuschke worked deck. In his trip briefing, Al said we’d start the day targeting salmon. Mid-morning or thereabouts, we’d switch over to rockfishing, and then wrap up the day picking up crab pots.

While everyone else was getting settled in for the trip, I was chatting with Brad. He told me that on their last trip, the two rods up the rail on the port side caught 50% of the fish. I positioned myself at the rail looking at those two rods after we dropped the crab pots and motored out to the salmon grounds.

Similar to how when we fish offshore and like to work temperature and current breaks, Capt. Al followed the same tactic. It worked and sure enough it was the second rod on the port side that got bit.

It pays to listen to the crew.

It was a nice, maybe 12-pound or so silver (coho) salmon. Pressure off for the rest of the trip. Al had a nice run in the morning where we saw everyone on the boat get a fish (all silvers). Out of 11 fish, there were only 2 native fish (vs, hatchery) that had to get thrown back. The odds came back to bite us when we started working on getting everyone their second fish limit. I want to say there were 3 keeper hatchery fish to maybe 9 or more native fish. Oh well.

The wind was starting to kick up and Al wanted to get in some rockfishing before that became impossible. Despite the increasing wind, that portion of the trip was productive (for me at least). While everyone was dropping in for the drift, Brad gave me a 4-ounce jig to work. I rigged it up on the bottom of my setup with a squid-looking tube bait on an upper hook about 12-inches above the jig. I got my limit of black rockfish (5) and almost put the only legal ling on the boat (1/4 inch short).

As is often the case, once that wind starts, it doesn’t get better…

We were going to have to cut the trip short and pull pots before doing it became problematic. This part of the trip baffles me. It’s only $20 extra dollars to level up and share in the crab bounty. Yet for some reason, not everyone does it. Shellfish allergies? I don’t know. I was happy I did. Ken lost his mind. We had crabbers at Dash last year, but he had never seen anything like this. We took home 12 each!

That was the trip. What a combo it was…salmon, rockfish and Dungeness crab.

Thanks to Al and Brad for a great trip. Despite the somewhat difficult conditions on the water, we got out and you guys got it done for me. Thanks so much! Thanks also to Ken, Alex, Sean, Peter (my fellow Dash Point refugees), and Randy for showing me around and trying to get me on a salmon during the rest of my visit. You guys tried and I appreciate it.

My beloved Huskies play football at Oregon State in Corvallis, just an hour away from Newport, in October. I might have to plan to be up here again for a combo fishing and football weekend. 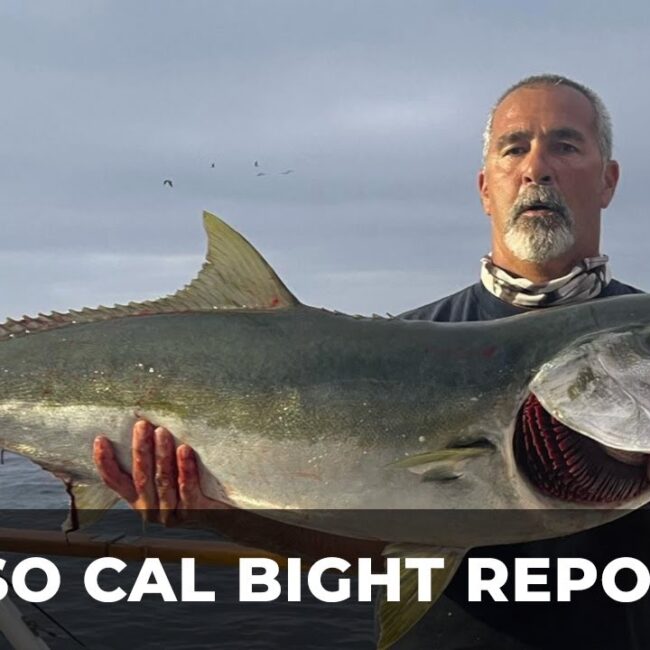 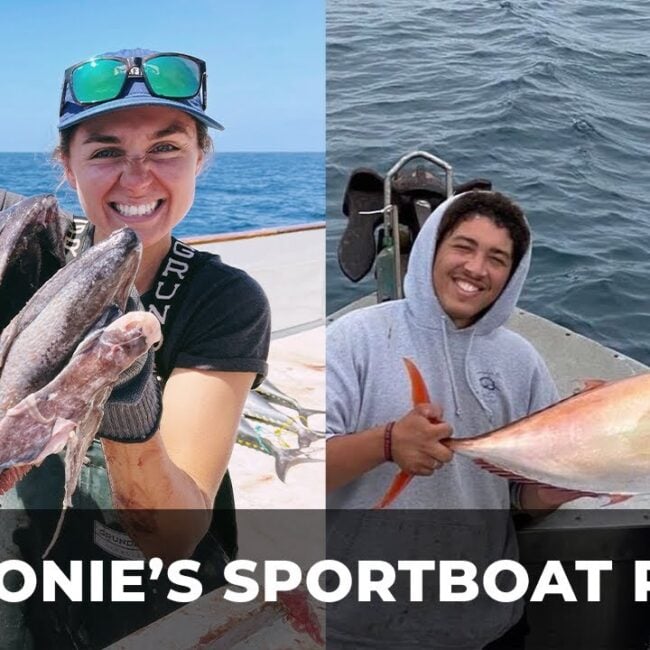 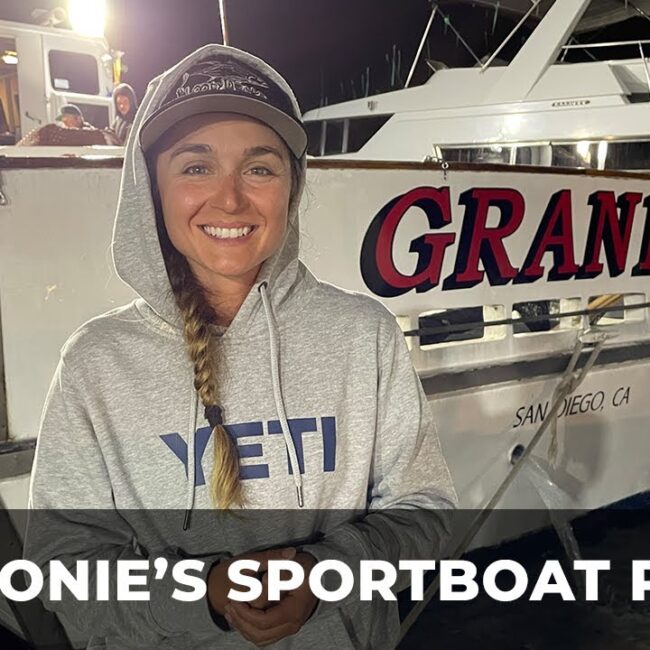 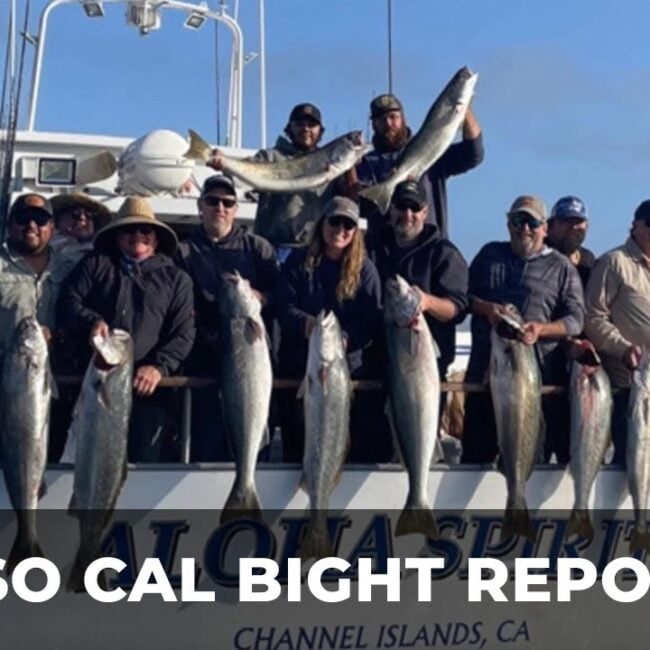