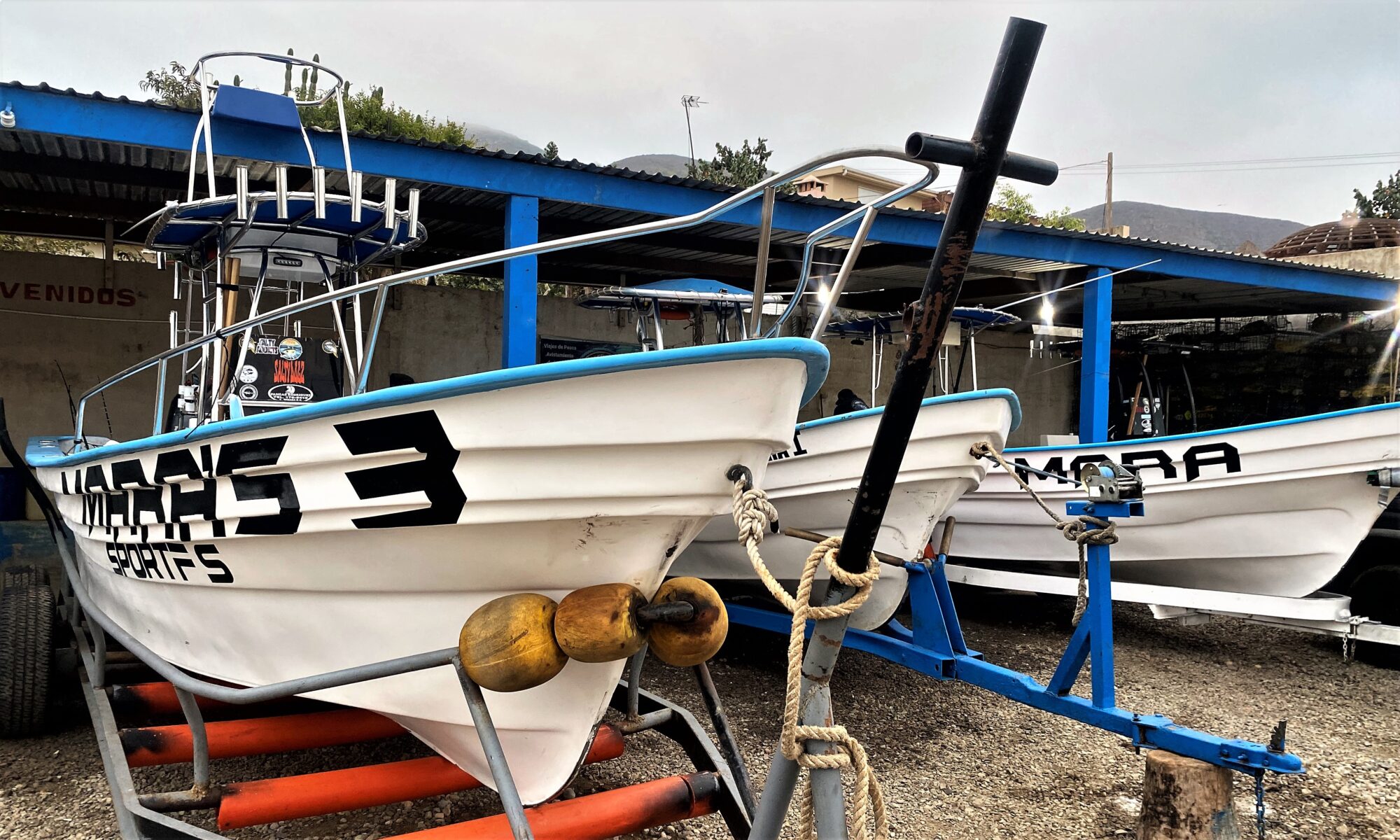 When I fished on the New Lo An a few weeks ago, the bite was just off Ensenada. We could clearly see Todos Santos, the island that protects the bay in front of Ensenada, from the boat. At times we were so close, I actually had cell service. I wondered to myself…

What would it be like fishing this bite on one of the local boats out of Ensenada?

I made plans to find out. I reached out to Oliver Solis of Fishing Syndicate, as I knew he sponsored some of the boats down there. Oliver put me in touch with Josue’ Sanchez Ramirez, owner/operator of Mara’s Sportfishing. Mara’s runs out of Punta Banda, the peninsula just south of Ensenada proper…about 30 minutes from the hotel zone.

Josue and I made plans to go out last Friday, June 25th. If the bluefin were still close to Ensenada, then we’d go out to try and get them. Otherwise, we’d fish locally which I was just as excited to check out as a couple of my fishing buddies enjoy Mara’s extended half-day trip targeting calicos and yellowtail. Josue told me he’d check in with me Wednesday to see where we were and advise me appropriately so I could bring the right gear.

As things turned out, the wind was going to be up and Josue advised staying inshore for the day. Great, let’s go! I met up with him at 6 am on Friday. Josue had a charter group of 4 that day, so he introduced me to his other captain, Francisco “Chiwila” Galindo, who would be my captain for the day.

We started our day with a beach launch near their home base just off the main road leading in from the city. It reminded me of the dory fishing out of Pacific City that I’ve been wanting to do off the Oregon Coast. They don’t have easy access to live bait down here like we’re accustomed to in SoCal. Chiwila told me he had success the previous day trolling Rapalas for yellowtail. He got four off the north end of the island. I told him I wasn’t interested in trolling, but he took me to the spot where he got them on Thursday.

We fished a shallow reef area with submerged kelp, in less than 60-feet of water. There weren’t any obvious signs of fish, so we blind casted surface irons in hopes of luring one out of the weeds. Chiwila made the first score of the day with a legal calico bass. He asked me if I wanted it. Although, I wanted to take home a few bass (they’re so tasty), I wasn’t interested in taking any I didn’t catch myself. He released it.

I was getting bass followers on my jig, but none aggressive enough to come up and bite it. I switched up to a 60g colt sniper and burned it to keep it from dropping into the kelp. My thought was that maybe something sub-surface and smaller profile might get them to go. My idea worked, but it wasn’t a bass. Instead, I hooked up on a nice-sized cuda for my first catch of the day. Getting a cuda on the jig checks what can be a tough box to check these days in my Top 10 SoCal gamefish that I try to get each year. I was just stoked to get it and take a pic. I wasn’t interested in keeping it, but Chiwila said he likes to smoke them, so he kept it.

We fished until that morning window for yellowtail was over. From there, he took me way inside for what ended up being my favorite portion of the day.

Chiwila asked me if I had any plastics. Luckily, I had one of the prototype Fishing Syndicate plastics/leadheads in my tackle bag. We drifted the boiler rocks around the island. It was target fishing throwing the plastic in between the rocks, in the whitewash, over submerged reef areas for calico bass. It reminded me of the kind of fishing I’ve longed to do, that my colleague Erik Landesfeind regularly gets to do on his skiff at San Clemente Island. It was pretty great to be indulged in this way as Chiwila had to limit his own fishing enjoyment to keep us from crashing into the rocks. I easily got my 3 take-home bass and released several more.

For the last hour of the day, I asked Chiwila to take me rockfishing so I could load up my freezer for mom and her caregivers that go through my stash pretty quickly. We hit a couple of deep stones and loaded up on a variety of reds, chucks, starries, etc. to end our fishing day.

I had a blast!

In the end, the choice to stay inside worked out really well and I was very happy with how the day went. Similar to my Graylight charters up north, it was great to be able to direct the course of the day with Captain Chiwila’s input. We got to do exactly the fishing that I wanted to do (and do it at a very affordable price). I’ll definitely be going out with them again.