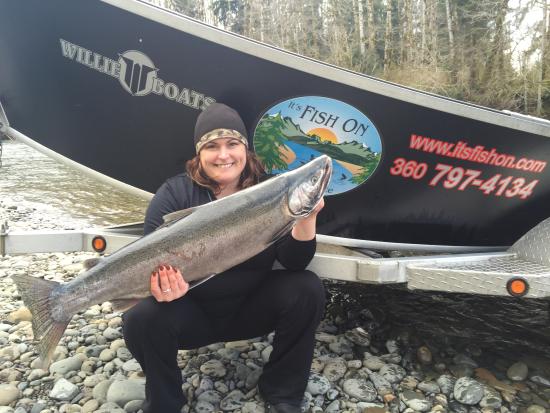 I’m happy to report that things are starting to loosen up.  I’m still up in Washington State and some recreational fishing begins opening as of today, May 5th.  Marine areas 1-4 are still closed, so the ocean beaches (and sportfishing operations out of Westport) will remain closed for now.  But that leaves plenty of other areas that are open.

Down in Southern California (other than the Orange County beaches), the beach is open.  My buddy Randy Toji got in a session at Huntington Beach prior to the closing and got his first corbina of 2020 (above).  He told me he was able to find some sand crab on the beach and went 2 for 1, losing one fish as he was trying to beach it.  The one he did catch measured a very respectable 18 inches…a very nice fish, especially at this early stage in the season.  If you’ve been following me for a while, you know I love corbina fishing, so I was pretty excited to get this report. 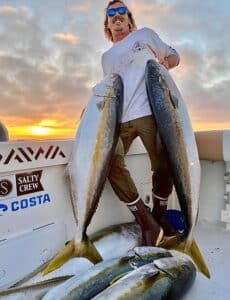 Down in San Diego, they are letting private boaters get out solo or for small groups within the same household.  Over the weekend, Capt. Duane Mellor of Pinnacle Sportfishing posted this picture of some very nice yellowtail.  Duane reported an excellent grade of fish, from just under 30 to over 40-pounds, all of them caught on surface iron.  He’s not able to take paying passengers yet, but I’m guessing re-opening could happen sooner for smaller operations like Duane’s before the big boats.  It might be worth your while to start poking around now and getting in touch with them so you’re first in line when things open up.

I’ve got to say, just going through the exercise of planning a trip felt really good. 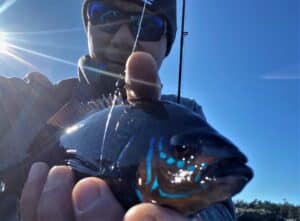 It’s been a while.  I had just gone fishing on Whidbey Island on March 25th.  I was working on my shore lingcod quest.  Nothing on the lings, but I managed to catch some rainbow perch (left).  By the time I got home, the recreational fishing ban was announced and I haven’t been out since.

When Randy called to tell me about his bean, we wondered aloud when was the last time we had gone this long without fishing.  He told me he hurt his shoulder 6 years ago and was layed up for about a month.  For me, I’m thinking it’s probably close to 10 years!  It’s pretty hard to remove something that central to your life and just go cold turkey for over a month.  So yes, the idea of forming a plan to get back out was pretty dang exciting! 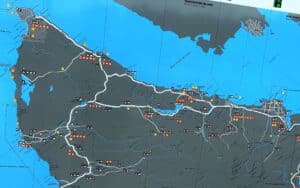 During the shutdown, I took a drive out to the Olympic Peninsula (right).  That northern piece of land is Vancouver Island, British Columbia (Canada).  There’s a ferry out of Port Angeles that crosses over to the island.  The body of water in between is the Strait of Juan de Fuca.  The strait area is part of the area opening up now, but Pacific Halibut fishing will remain closed for the time being (in US water).  Halibut and lingcod are always tightly regulated seasons up here as it is, but I was hoping to cross over into Canadian water and give that a go.  Unfortunately, despite what might happen here, the border is still closed by our northern neighbor.  I made contact with an outfit on Vancouver Island though and will keep an eye on that situation.

The inland waterways are part of the opening though.

So that’s what I’ll be doing this week.  I asked my buddy Jason Brooks about the potential.  Jason is a hunting/fishing, radio, and magazine guy up here.  We met in Loreto, Mexico a few years back as part of the media team invited to promote a hotel’s fishing tournament.  He said it’s a transition time of year…late winter steelhead runs and early summer runs.  The fishing potential is kind of sketchy, but the area that I’m planning to go to, the Sol Duc River, is one of the most beautiful spots in what is already an extremely picturesque area (the Olympic National Forest).  Given it’s been weeks since I’ve even wet a line, just getting out will be its own reward.  Jason said if I do catch though, it will be a very prized catch.  Wish me luck.

As you plan your fishing trips in the coming weeks, please keep in mind that the rules set out by your local authorities are not some scheme to keep you from doing what you love.  The rules are there to protect you and the other people that may come into contact with you.  Don’t be like those beachgoers that swarmed OC and necessitated the closing of the beaches.

Please enjoy responsibly and good luck if you get out there. 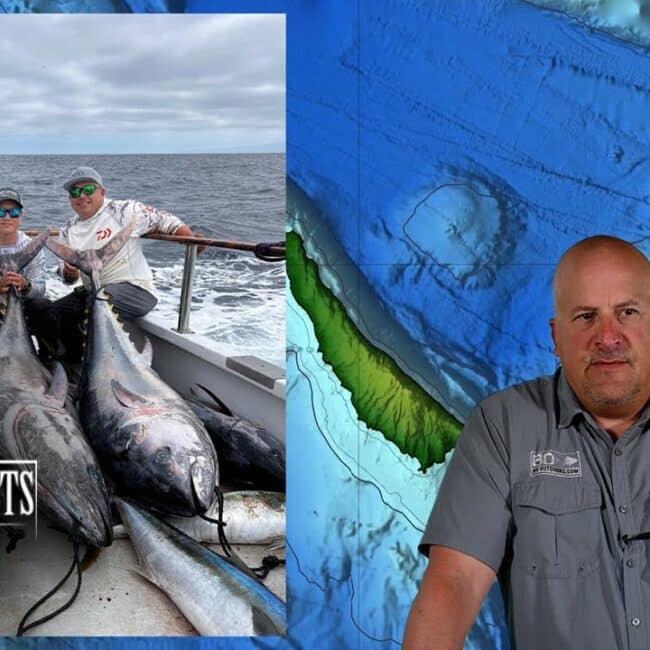 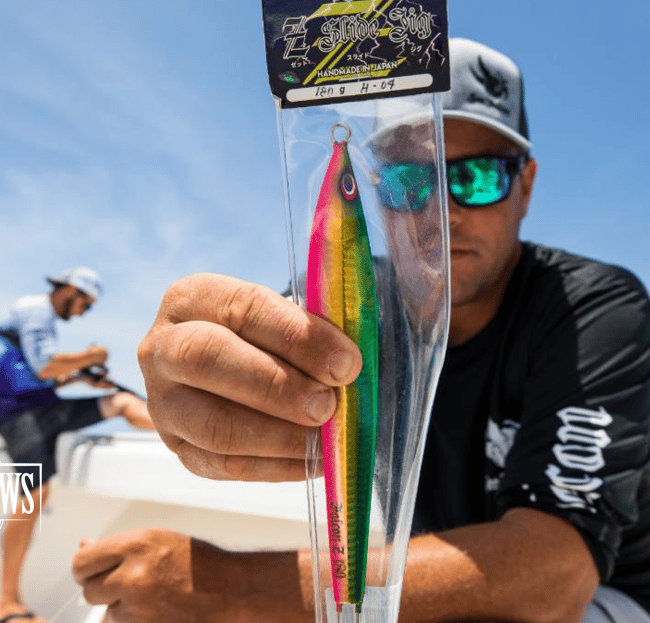 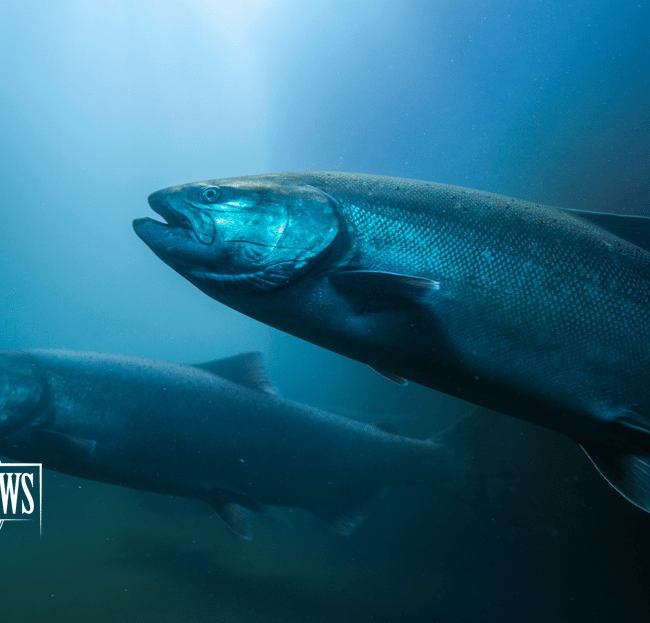 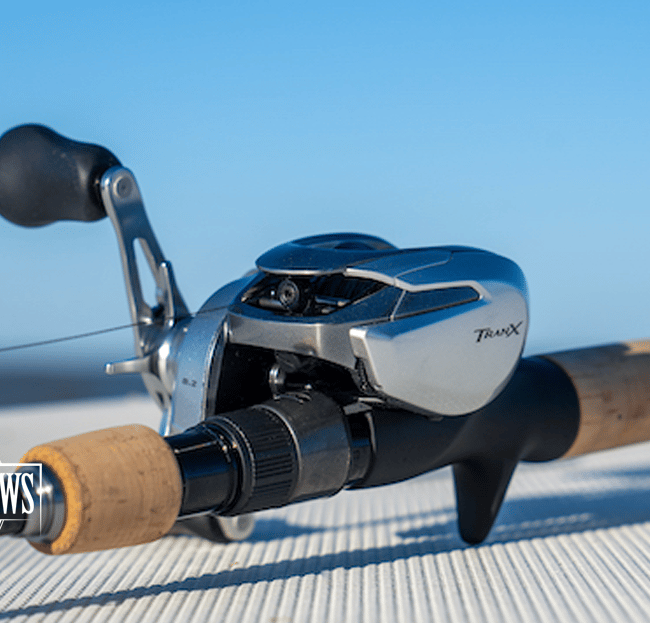 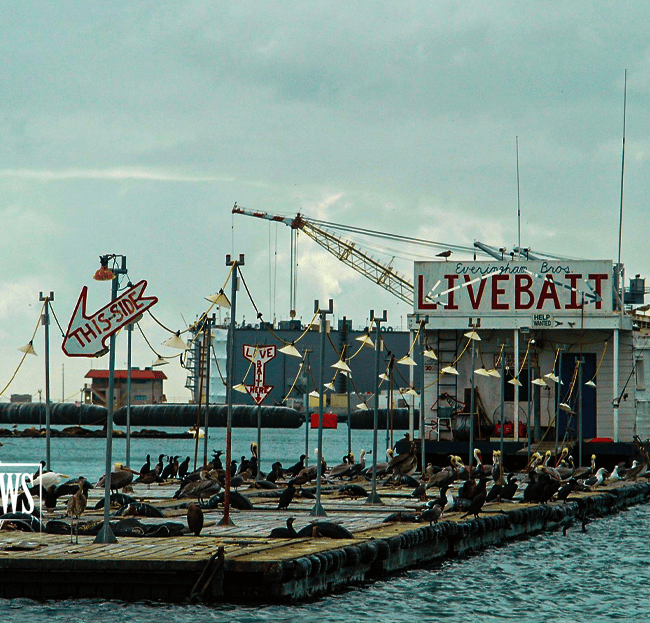