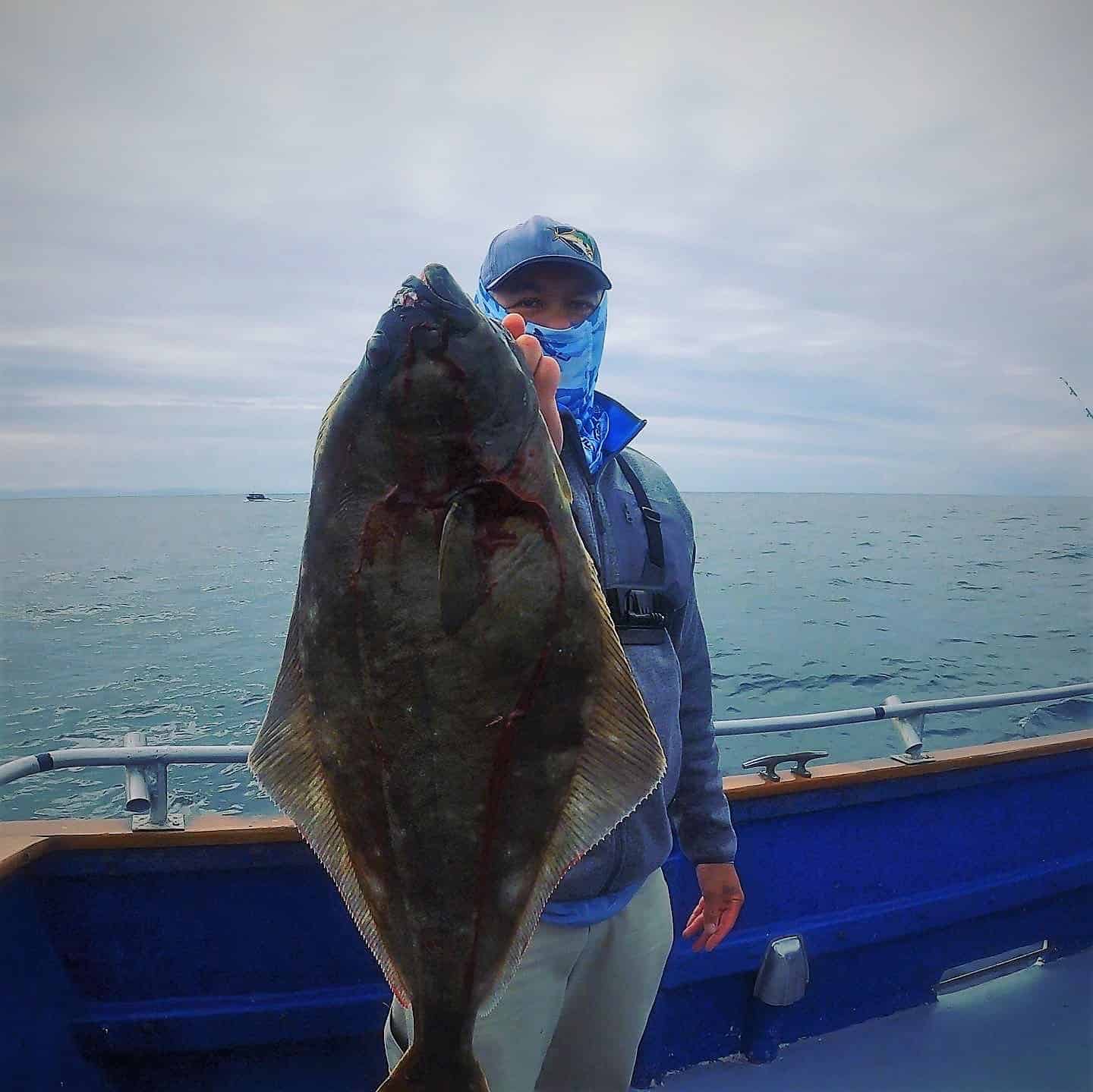 I mentioned a couple of weeks back in my Sportfishing Is Re-opening article that I had gone down to Newport, Oregon to fish for Pacific halibut.  I had a lot of motivation to go…I didn’t catch a legal halibut last year.  I’ve never caught a Pacific halibut (California only).  Halibut remains closed in Washington State.  And at that point, I was just really excited to get back onto a sportfishing boat.  On top of all these things, I’d set out some fishing goals for the time I was up here…catching a Pacific halibut was high on that list.

Things didn’t go so well for me… 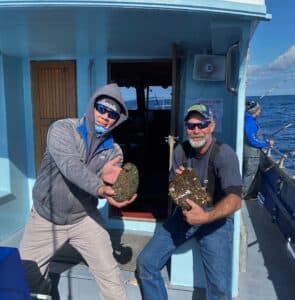 I got 3 bites on that trip and lost them all.  Two of the bites, I got bit, but they didn’t stick.  The third bite, it felt like I had a good set.  I was reeling it up and about a third of the way up, it just went light.  When I got my line back, I found that the hook had broken at the bend.  Ugh!  Bad luck for sure.  I think the hook failure may have been the result of catching a rock (right), but there was no way to tell.  The hook failure stuck with me.  I vowed to ask them for a tackle change if that happened again.

The farmed pseudo-bites stuck with me as well.

When it comes to halibut trips, Capt. Jeremy Freitag is fond of saying, “Feed ’em the bacon.”   The operative idea there being, don’t go for the big swing when you first start getting some attention.  Feed them a little line instead to allow them to really eat it…and hopefully get stuck.

While I understood those instructions, in practice it runs counter to my natural instincts.  I don’t do a big hookset like a largemouth angler, but it’s hard for me not to lift the rod or wind a couple of cranks when I start getting bit either.

The same thing was happening to me last summer when I started encountering big corbina on the sand.  At the time, I was running straight braid to my swivel in a Carolina rig setup.  Braid has no stretch.  I figured out I was pulling the hook right out of their mouths.  I added about 20-feet of 10# mono onto the end of the braid mainline.  Problem solved.  That extra bit of stretch provided a shock absorber that kept me from pulling the hook and losing fish.  Maybe that idea could work here?  This time around, I added about a 20-foot length of 40# mono at the end of my 65# braid.  Hopefully, it would help by providing the same benefit in this application. 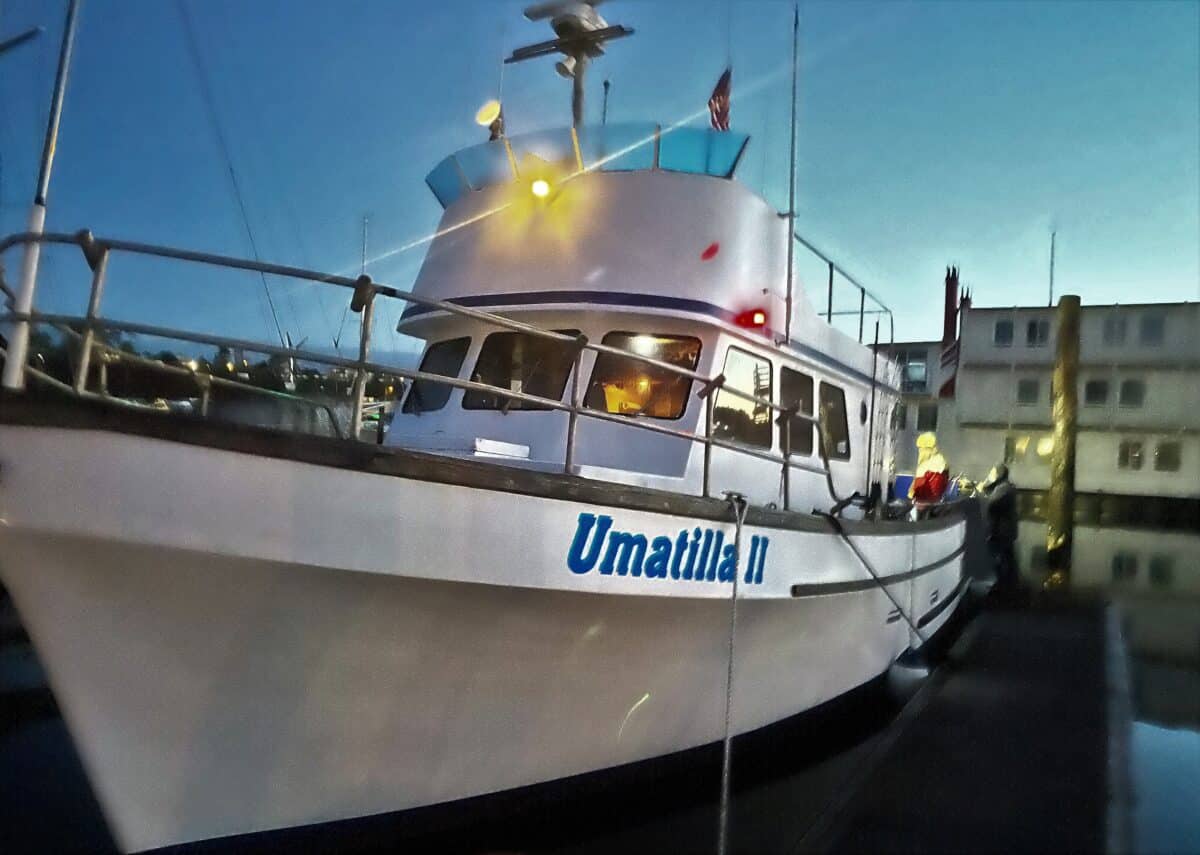 This last Friday (June 12), I had the chance to find out.  We had a 5 am departure.  It was raining as we prepared to go.  Same crew as last time.  Capt. Jeremy, and deckhand Jared Gnushke.  Jeremy said we’d have about a 2-hour drive to get out to the fishing grounds.  Before I settled in to nap for the ride out, I asked Jared to set up my pole.  All the boat rods were set up with straight braid to a 130# mono leader.  He asked me if I wanted him to strip the mono.  “No.  Please leave that on there.”

I woke up and we were still about 30 minutes out.  The rain had let up though which was nice.  There were a half dozen boats in the area that I could see.  Jared had told me to come out on a Friday.  They run these halibut trips Thursday through Saturday.  Thursdays they’re trying to figure out where to fish.  Saturdays are private boater googan day.  Jeremy said there would be 3x or more boats out on Saturday. 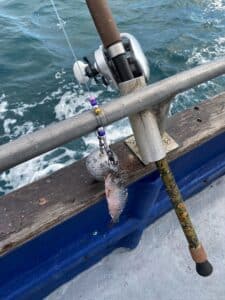 Captain Jeremy set up the first drift in about 300-feet of water.  This is shallow for them.  They go more than 2x deeper hunting these fish.  I later showed him a pic of a California halibut I caught off the beach and he was shocked.  Anyway, we came to a stop and he told us to get ready.   We hung our rigs over the side and dropped in on Jared’s signal.  At this point, we were using 3-pound weights!

Shortly after I reached the bottom, I started getting some attention.  I took it out of gear and thumbed the spool.  I slowly raised the tip and gave it a little line while maintaining tension.  Once I felt good about it being stuck, I started winding.  Headshakes.  Right kind.  Slow wind-up and the skunk was off…for me and the boat.  Jeremy measured it out…31.5-inches.  Not big, but average size according to Jeremy.

Shortly after I got that fish, the guy to my left got bit.  He wound it up.  What do you know…31.5-inches.  And that’s how the morning went.  I ended up getting 2 more bites, converted both opportunities, both a little shorter than the first fish.  Everything was in that range, say 28 to 32-inches.  It wasn’t until later that morning that we got a bigger fish, measuring in at 41-inches.  That made for 7 fish for 11 anglers. 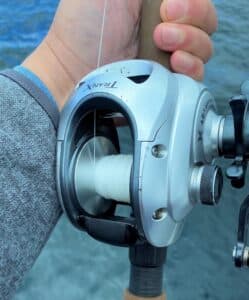 The weather got better after lunchtime.  The sun came out and it was really nice.  Unfortunately, the bite went in the opposite direction of the weather.  I ended up getting another bite in the afternoon session.  I got a couple of winds into it and it went light.  We tried some deeper water too.  I saw some braid on my reel that looked as fresh as the day it went on.  Still nothing.  We were just about to call it a day.  Jeremy started up the boat and told us to wind in.  Sure enough, that sparked a bite down the rail from me.  While that angler reeled in his fish, we continued to fish.  We tried for maybe another 15 minutes, but nothing else.  Eight fish for 11 anglers was the final count.  You can only keep one fish, so my two smaller fish were given away.

Thanks to Jeremy and Jared for a great day on the water.  Thanks also to the boat owner, Brad Gnushke for inviting me out on the trip.  That’s probably my last big trip before I go home to Southern California.  I’m really glad I got to meet you all (Krista too!), learn some new things, and get out on the boat 3 times.  I will definitely make time to see you all again on my next visit to the Pacific Northwest.

You all should give these guys a look if you get up this way.  Good luck if you get out there. 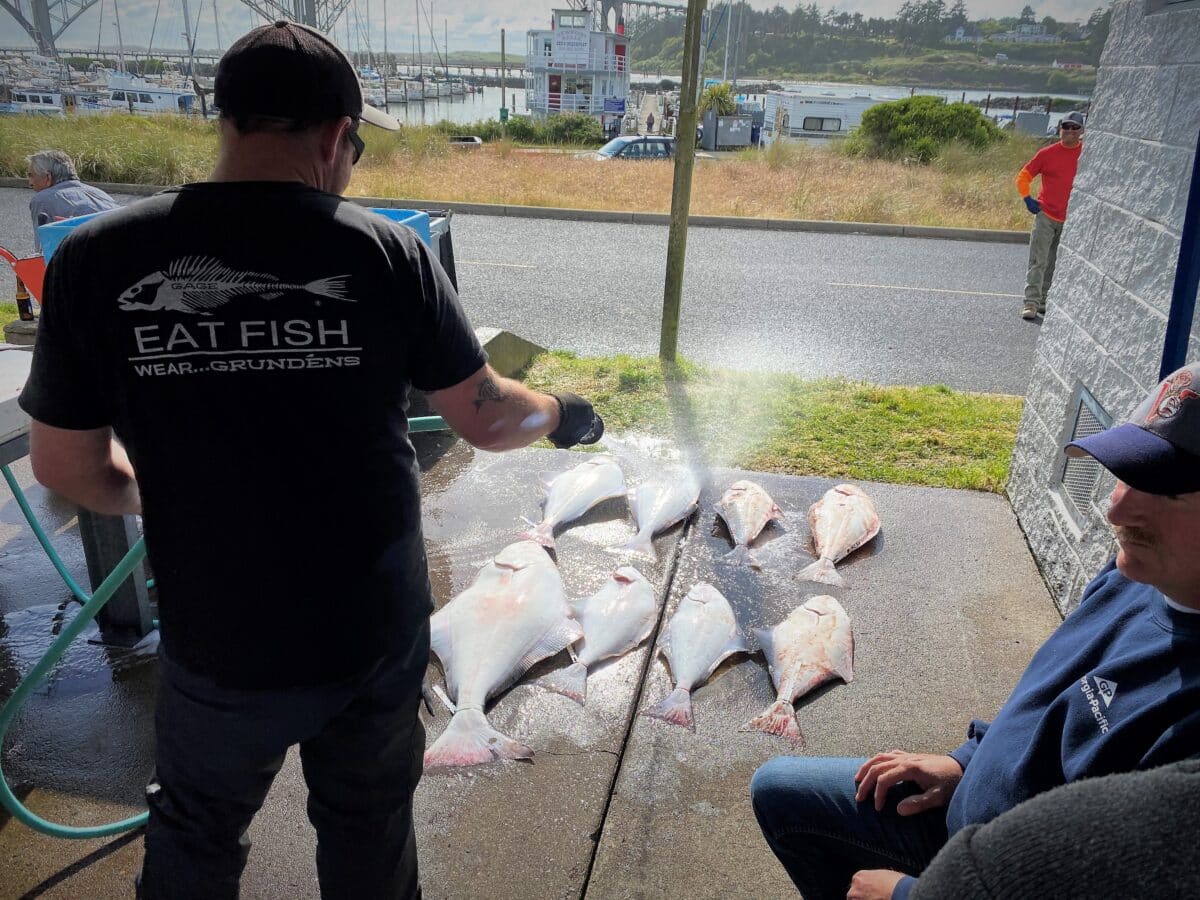 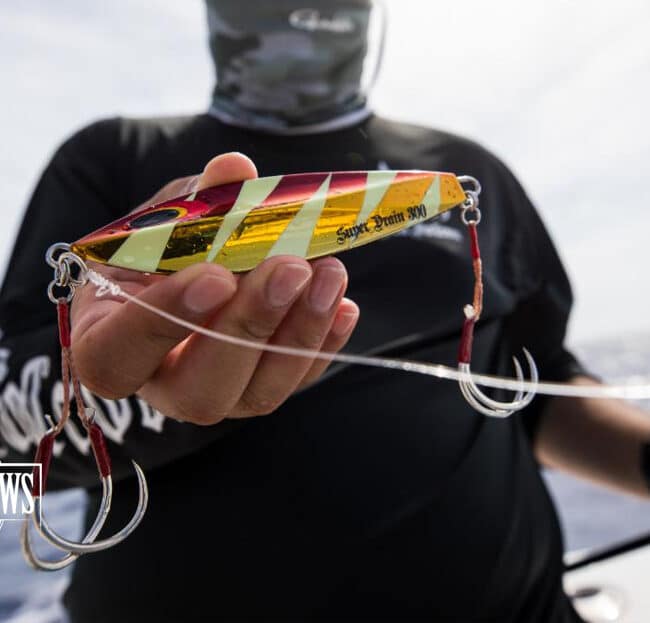 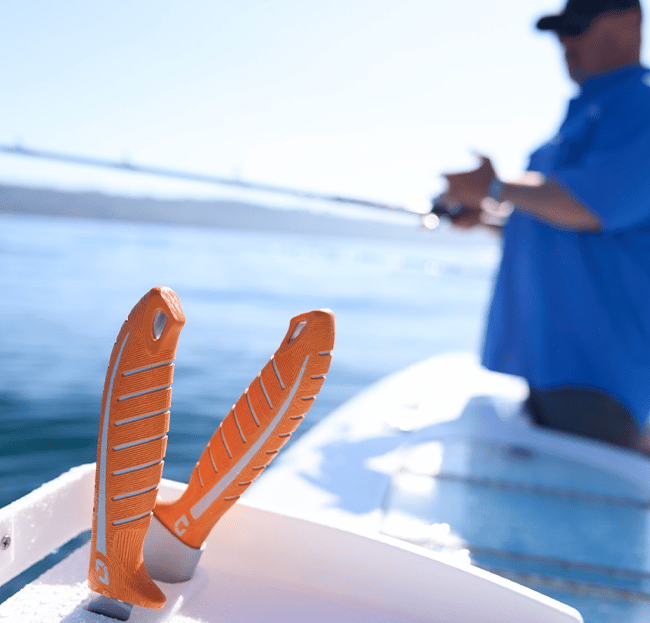