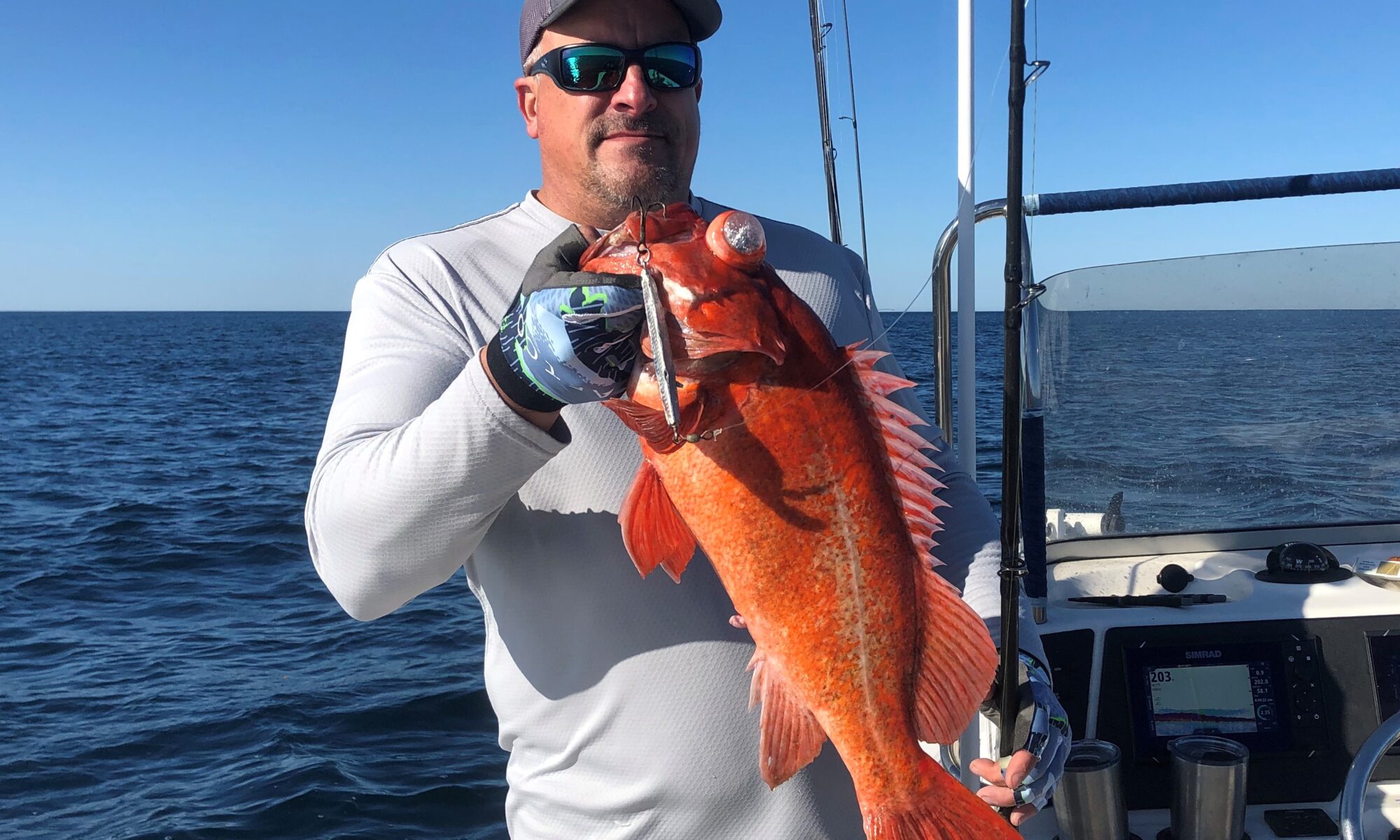 While it was far from perfect in some areas, the weather for Monday’s rockfish opener was good enough to allow boats from San Diego to Santa Barbara to get out and load up. 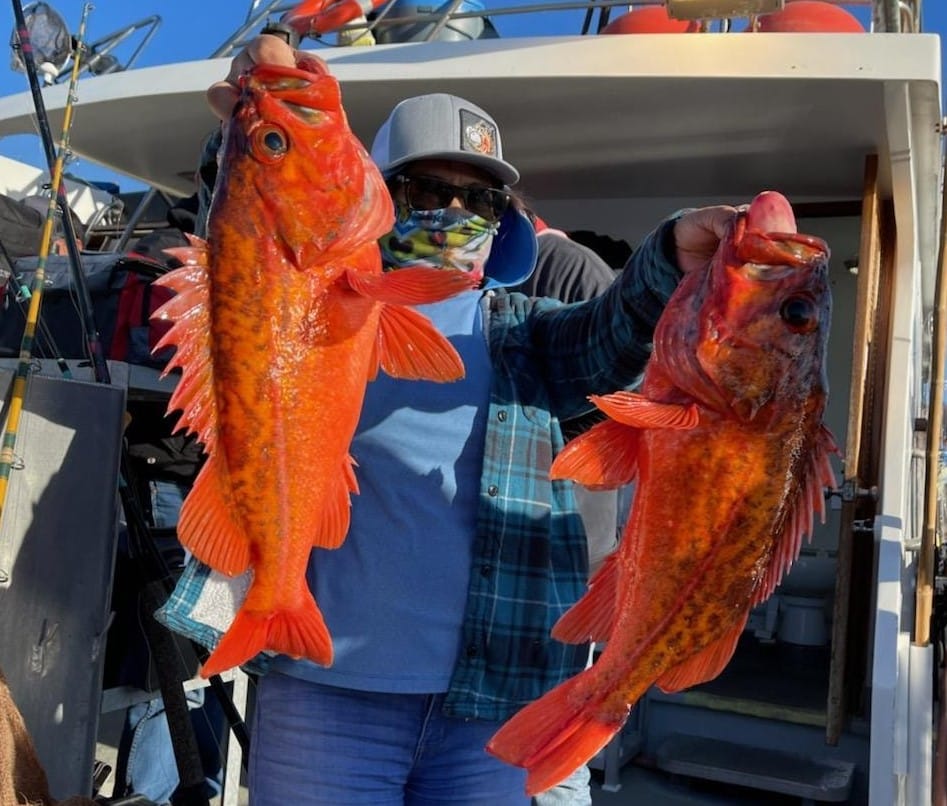 This season, anglers are able to access water up to 600-feet deep, meaning that some of the areas fished hadn’t been hit (legally anyway) in over twenty years.

While it’s great to have new water open, I will say that 600-feet is a long way to drop when you can only fish two hooks. Another new development this year was the reduction in the limit for reds from ten to five per angler. Based on the guys I talked to and the reports I saw, the fishing was good up and down the coast with sportboats catching limits, or close to limits, of reds on squid and private boaters doing well on squid and lures. As is always the case, the quality of fish improved the further boats fished from the dock, but even the half-day boats scored some nice reds on Monday. 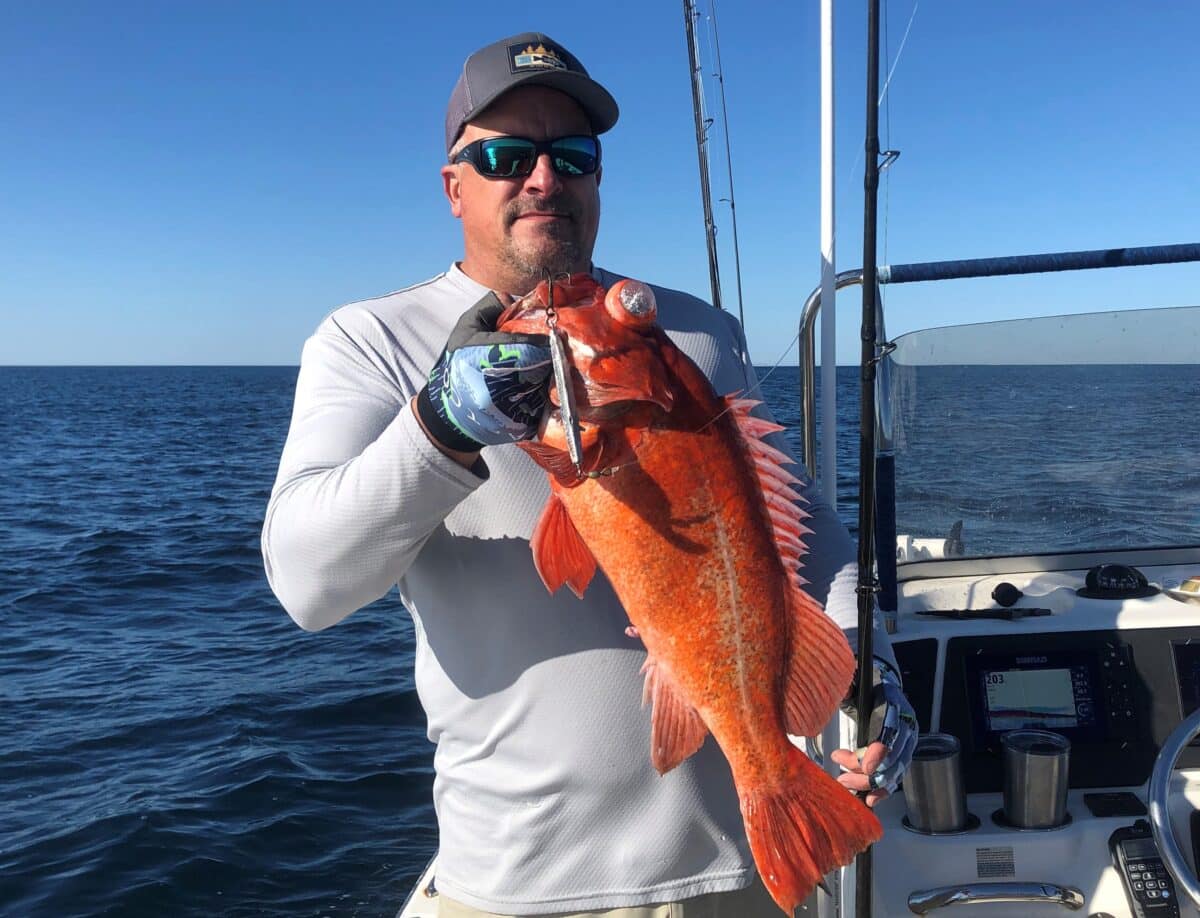 Matt Kotch and I made the run to San Clemente Island to fish the opener after the wind blew us off our original plan to fish up by Point Conception. Monday’s forecast for Clemente looked great with the light east wind in the morning predicted to lay down by 9:00 a.m. We launched at 5:00 and were at the west end of the island before 7:00 after a calm crossing, but by 9:00 a.m. that light wind was blowing 15 plus knots on the backside west end making conditions almost unfishable. Luckily, the wind finally backed off around 11:00 and we had a beautiful ride home at 1:00 p.m.

In regards to the fishing, before the wind got too bad, we caught a few big reds and two lings fishing both jigs and the 8-inch MC Weedless Slug on a 3-ounce leadhead. These fish all came off rocky structures with bait schools on them in 150-200-feet of water. The fishing got a lot tougher once the wind started blowing and we struggled for the next hour before getting a call from my friend Chris Smith who had found a rock in deeper water that kicked out limits of reds. He handed it off to us and we rounded out our red limits but fed just as many to a sea lion that ate at least eight of our fish. 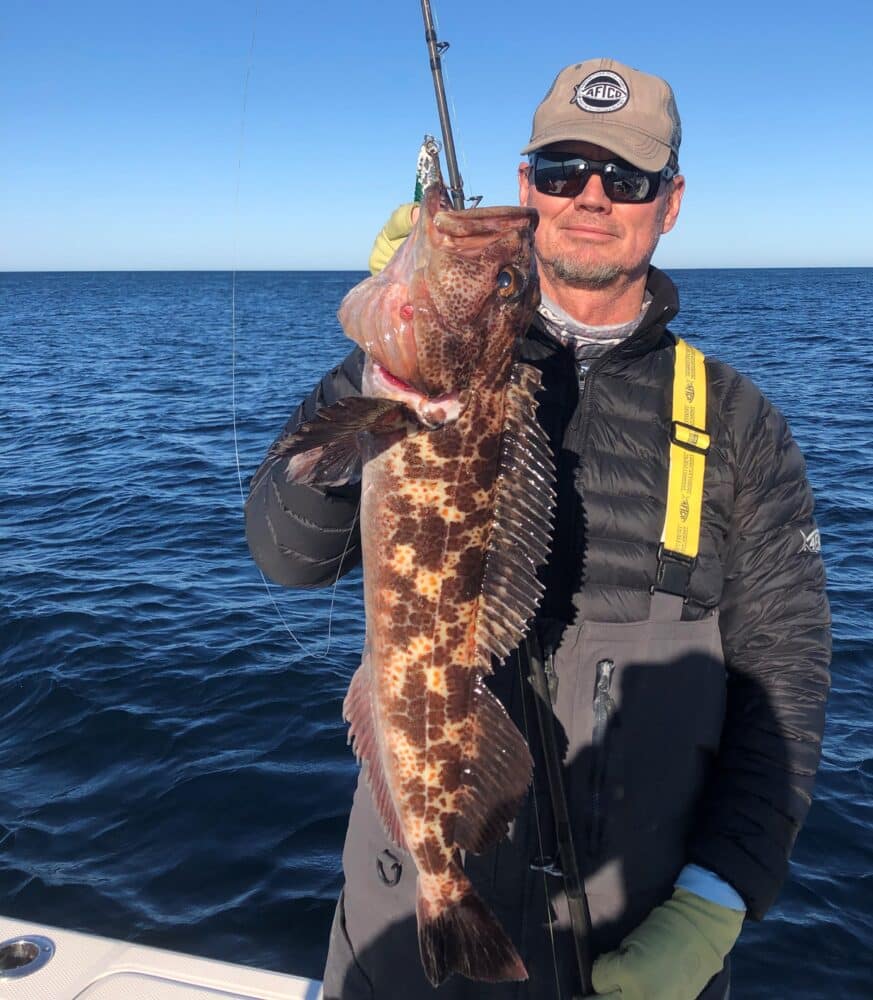 Once we were done on reds, we went looking for some lings and copper rockfish to round out our bag limits. We ended up finding both species biting on the edges of the 9-fathom spot in 200-feet of water but the area was also holding enough big reds that we had to leave because it was a pain in the but having to depressurize and release them. Anyway, my take on the five-fish red limit is that it’s a bad idea since you can’t specifically target non-reds when fishing rockfish and most people aren’t equipped to properly release a fish that’s suffering from barotrauma. I’m hoping the CDFW goes back to the ten fish mixed bag limit next year. 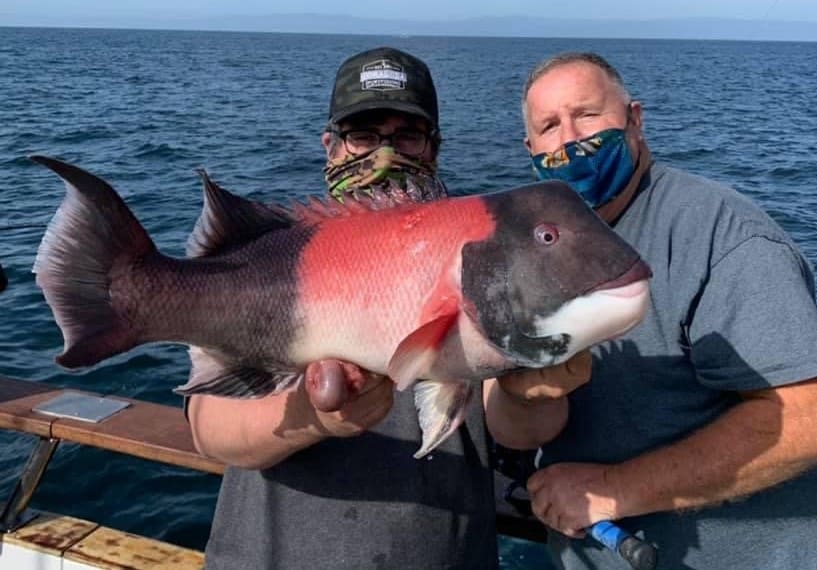 As has been the case the last few weeks, the weather is going to be an issue this weekend. The wind is going to blow at all of the islands on Saturday and it looks like it’s going to be windy enough to make them unfishable for private boaters. Sport boats will likely have to endure some rough weather to get to where they’re going but I’m sure they’ll be able to find some fishable water once they get there. If you’re fishing along the coast you should be fine anywhere south of Santa Barbara. The weather is forecast to improve on Sunday, but it looks like the outer islands will still be blown out. If I were fishing cod on my boat this weekend, I’d do it along the coast on Saturday or at Catalina Island on Sunday. Either way, I’d take a close look at the weather forecast and current wind observations in the area I’m fishing before heading out.