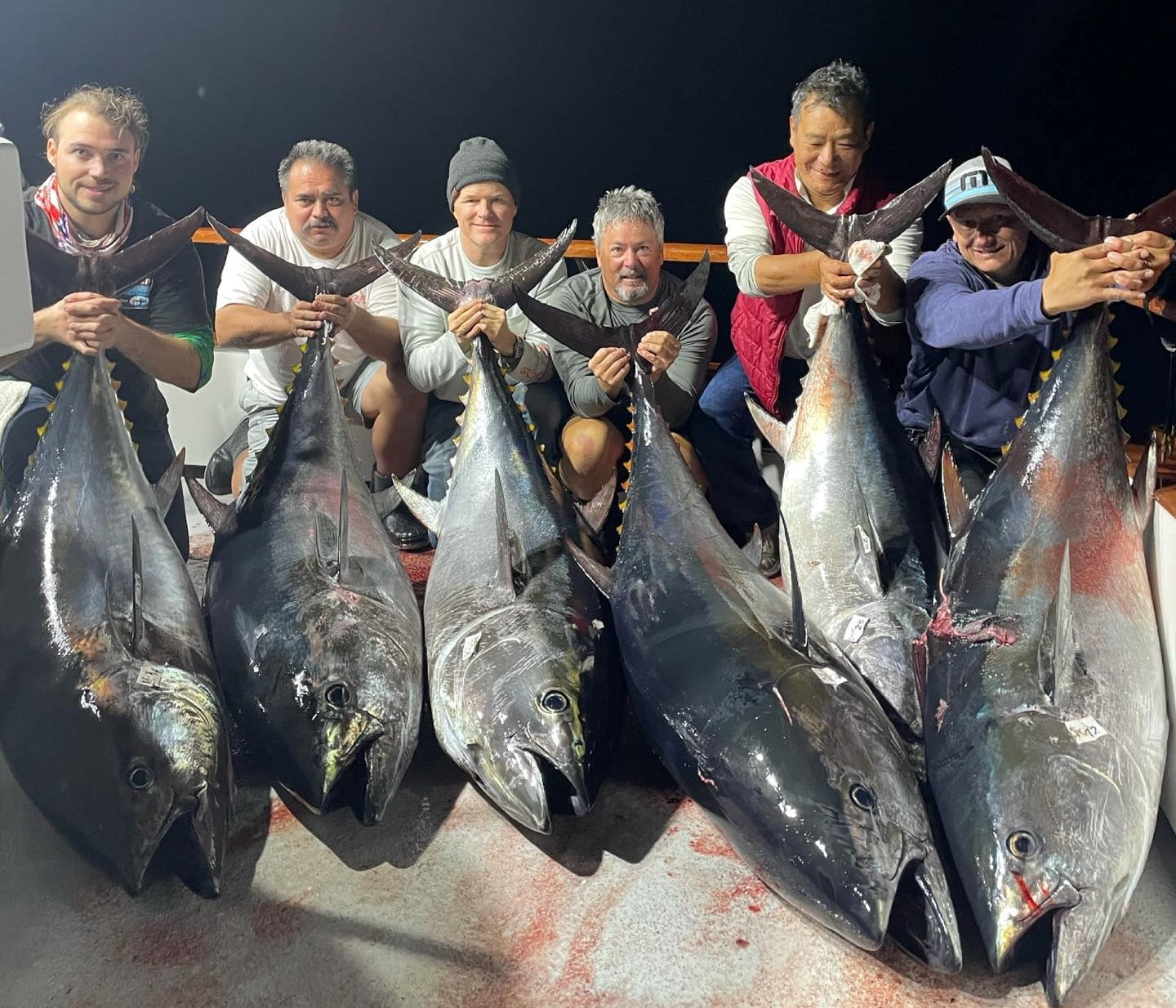 It’s been another week of really good tuna fishing really close to home for San Diego anglers. The bluefin schools continued to creep north this week with the fish that were outside the Coronado Islands currently sliding up to and across the border.

With fish being caught as close as 20-miles from the point this week, the fleet of sport and private boats targeting these fish could probably be seen from space, but the good news for the gang bang adverse is that there are fish to be found far away from everyone else.

Before I get into the details on that, I’d like to take a look at what’s happening in the main zone. With everything from full-day trips to long range boats targeting the same body of fish, these fish have been getting 24-hour a day coverage, 7 days a week, for at least a month. As far as I know, this amount of fishing coverage is unprecedented in our waters and it’s amazing that these fish have been biting day and night for weeks.

While the fish range in size from 20-pounds to well over 200, there are two basic grades of fish biting, easily catchable fish and trophy fish. These two extremes make it a little difficult for the average passenger to pack as they might be targeting 30-pound fish or 200-pounders on the same full-day trip. For example, the San Diego out of Seaforth Landing on Tuesday landed eight tuna with five of them well over 100-pounds and one over 200. Most captains are recommending bringing a 25-30# set up, a 40-60# pound set up, and an 80-100# set up. While many anglers don’t have the 80-100# set up and might be tempted to go without it, they are going to be sad when the school they pull up on is all big ones. If you don’t have the gear, rent it from the landing, you’re just going to waste your time and the other passenger’s time if you hook a big fish on the wrong gear only to lose it two hours later.

If you’re going on a 1 1/2-day trip or longer, where you’ll be fishing at night, you’re going to want to bring some heavy flat fall jigs to fish on that 80-100 pound tackle because a lot of the big fish are being caught at night. The standard hook configuration on most of those types of jigs is inadequate for the stresses of catching these big tuna so you’re going to want to buy one that’s properly rigged. Most tackle stores have these in stock and the landing will definitely have them for sale. If you’re on one of those longer trips, you should schedule your rail time to be bright-eyed and bushy-tailed when the night bite starts.

There are some bigger yellowfin showing up in the bluefin zone and the first albacore of the season was caught there as well. While the albacore made waves on social media, I wouldn’t get too excited as there have been a handful of them caught while fishing bluefin the last few years and there were no schools to follow. And if the albacore do show up, it’s unlikely that they’d pop up that close to home this early in the season.

As I mentioned earlier, there are fish to be targeted away from the zone. Most notably a few schools charged up the beach earlier this week and were seen and caught in Orange County waters on Monday. I fished on Tuesday and while I didn’t connect with any fish I had multiple opportunities on fish from 30 to 200-pounds that just wouldn’t commit to a lure. These fish were within 15 miles of the beach and I’m sure they’re still around somewhere so it might pay off to go and look around offshore a bit if you’re bored this weekend. That’s about it for this week.

Hope you all get out fishing and have a great 4th of July!