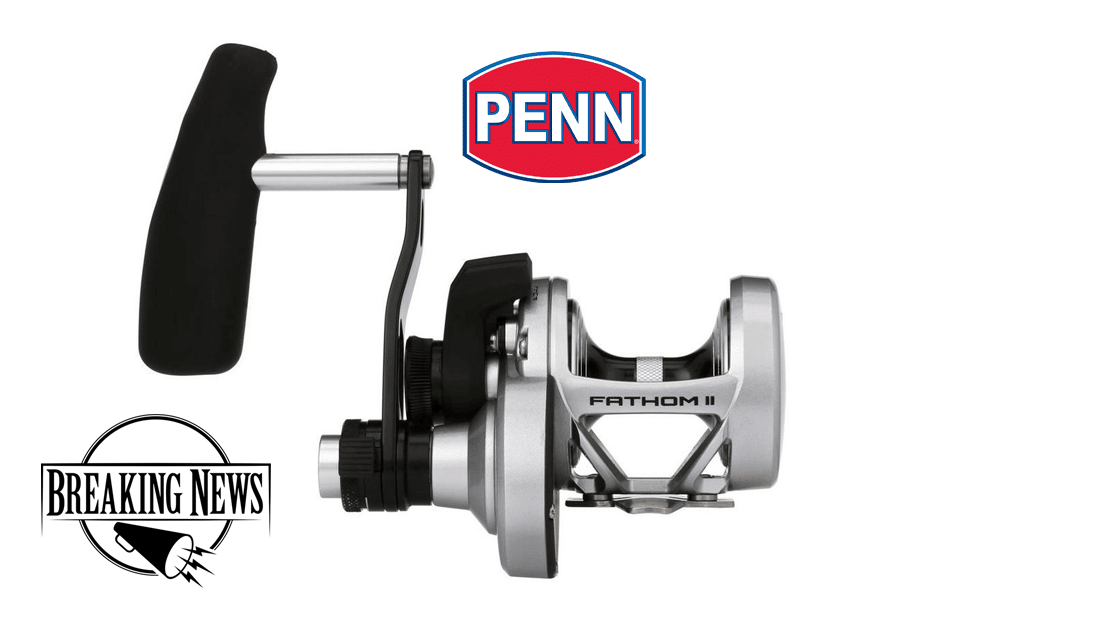 Word around the marinas and landings is that there is a new and improved range of reels from PENN for our Southern California fishery. If you were paying attention you were able to get a sneak peek at them through our coverage of the 2022 ICAST Fishing Show, which I’m sure only fed the anticipation. Well wait no more, they’re finally here and it’s been well worth the wait. We’re super excited to get our hands on these. In the meantime check out all the info.

Building on the brand’s tradition of leadership and innovation, PENN raised the bar higher with its new Fathom II Lever Drag series, adding new models, sizes, and features that make this reel a must-have for every serious offshore fisherman.

The Fathom series has long been an offshore angler’s go-to reel for its immense cranking power and intuitive design. As featured in the first generation of Fathom’s Lever Drag, its stainless steel main and pinion, five shielded ball bearings, and its tried-and-true gearing and dura drag systems remain the same.

The new Fathom II Lever Drag and Lever Drag 2-Speed reels both feature a one-piece frame and palm side plate, eliminating screws on the palm side of the reel creating a more comfortable in-hand feel, as well as reduced frame weight and increased strength. On the cranking side of the reel, adding some of the best features of the PENN International series, the Fathom II Lever Drag 2-Speed features a new lever system with a Quick Shift II mechanism allowing an easy-to-use center shift button for low speed and a button on the side for high speed. The new system makes shifting more accessible, reduces corrosion, and improves user maintenance. The Fathom Lever Drag series also features a new pull-to-turn preset knob that, once adjusted, locks in place, which allows anglers to set it and forget it without worrying about hiccups during high stake moments.

For anglers who fish at the highest levels of the tournament scene, the Fathom II series high-speed models in the 40 and 60 sizes are specialized to meet the demands of billfish tournaments. The Fathom II 40NLDHS and 60LDHS provide anglers with an ultra-high-speed retrieve of 60 inches per turn, allowing anglers to keep up with the speed of the boat while fishing, and a drag that is optimized between 4-7 pounds at strike.

Leaving no detail behind, the PENN Fathom II Lever Drag series handle knobs are now entirely interchangeable. The single and high speeds models come with a football-style knob for quick grab-and-turn action. The 2-speed models come with the banana handle made for torque and power when pulling on big fish. The Fathom’s upgraded cosmetics bring eye appeal to these reels that will truly match any rod or boat.

The Fathom II Lever Drag series is now available in retail ranging from $229.95 to $349.95. For more information, visit www.PennFishing.com.

Pure Fishing is a collection of the world’s favorite fishing brands. Every day, all around the world, someone experiences the joy of catching a fish with one of our products. From gear for epic battles at sea to a relaxing day with family at the lake, our portfolio includes the most recognized and admired brands in fishing tackle, lures, rods, reels, and storage. Abu Garcia®, All Star®, Berkley®, Fenwick®, Fin-Nor®, Frabill®, Greys®, Hardy®, Hodgman®, Johnson®, JRC®, Mitchell®, Penn®, Pflueger®, Plano®, Shakespeare®, SpiderWire®, Stren®, Ugly Stik®, and Van Staal®.