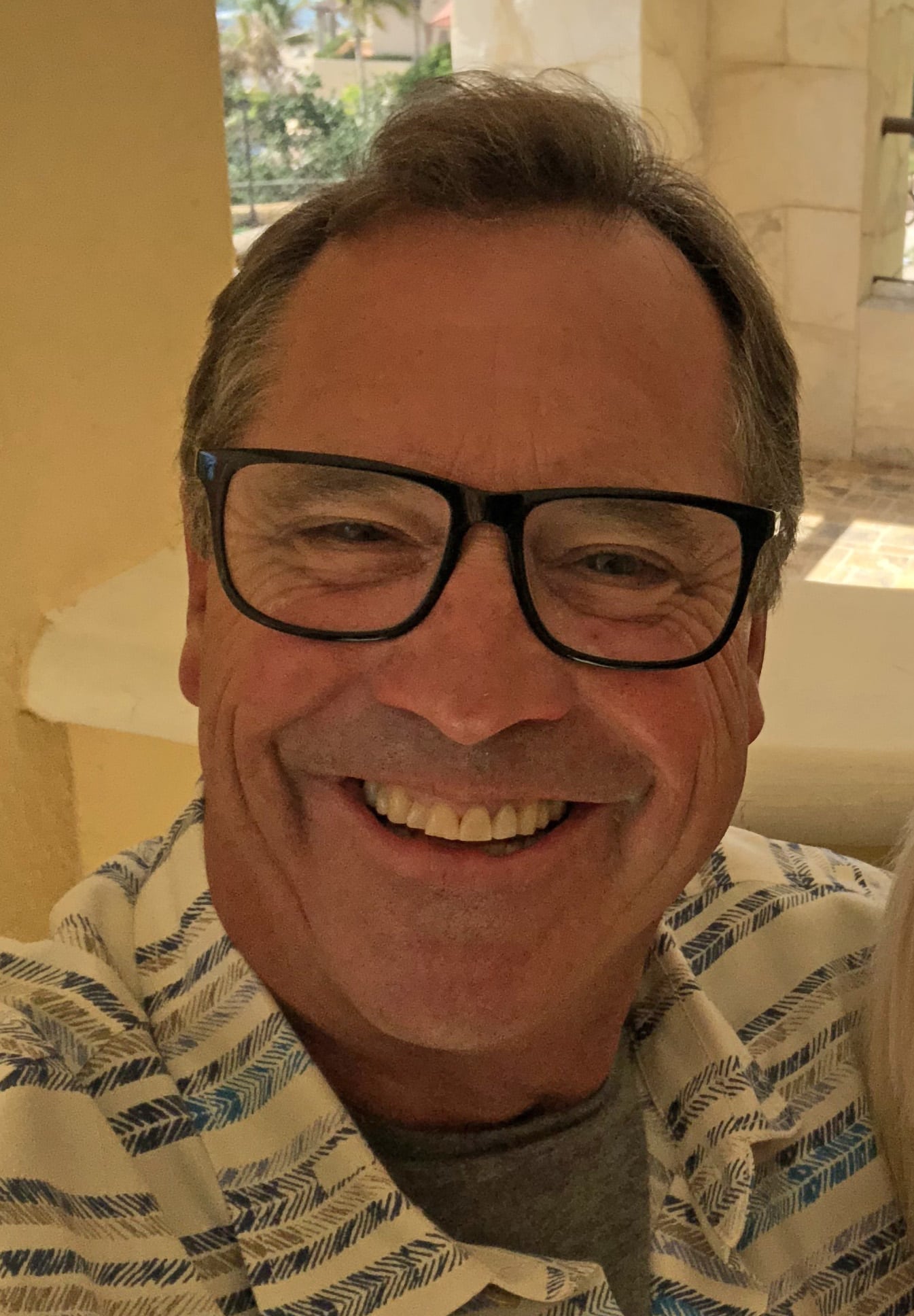 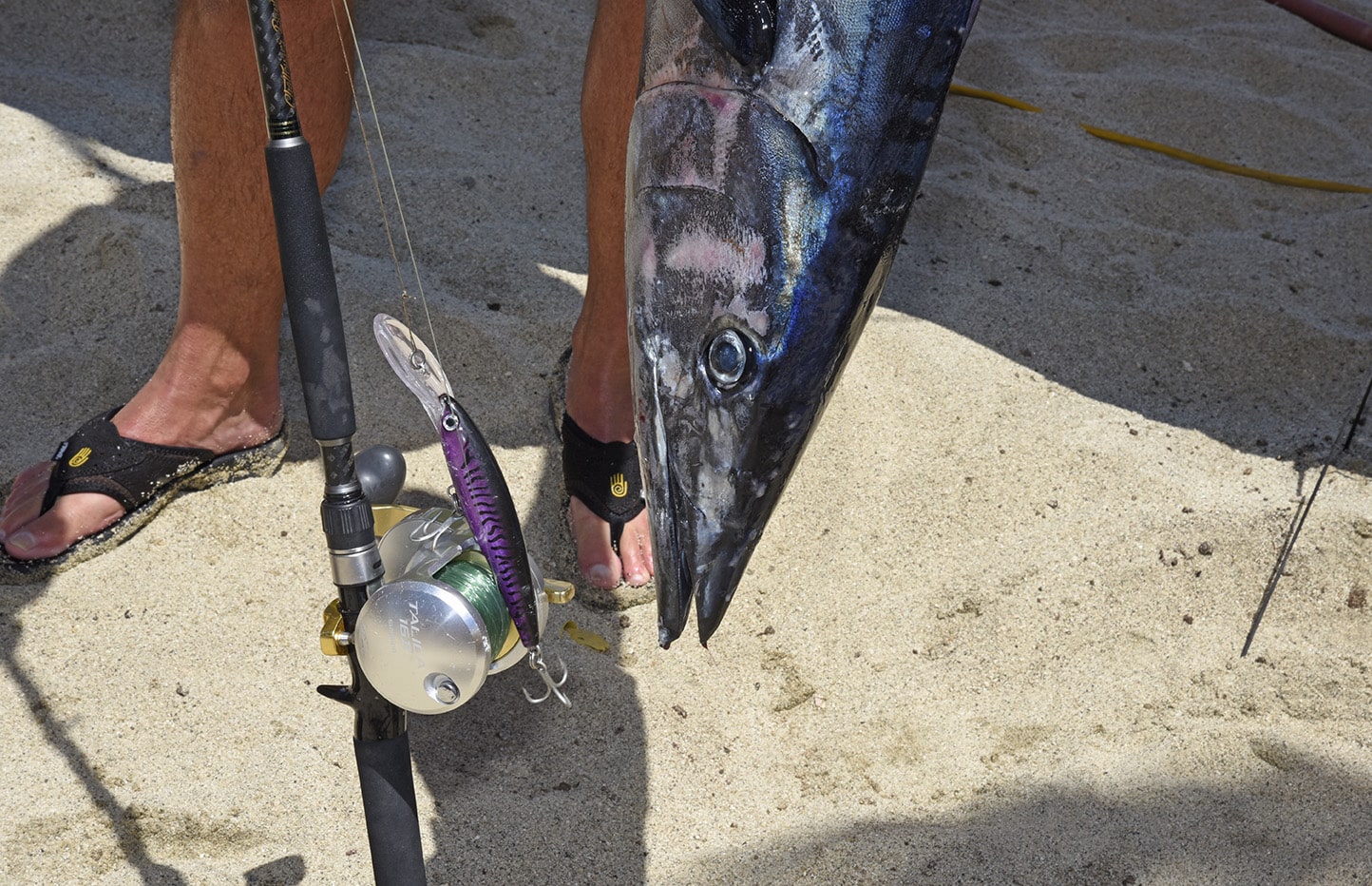 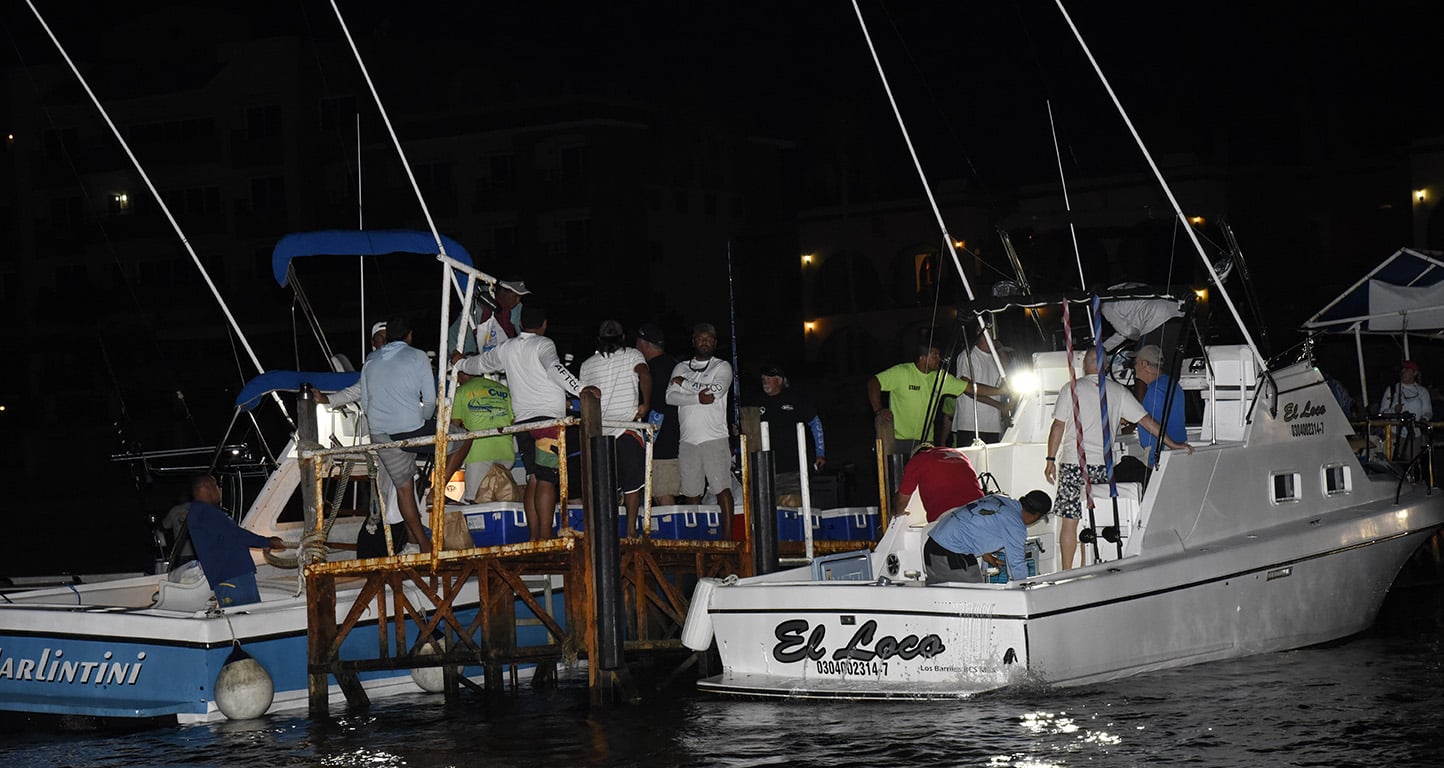 When the Baja Capitan or his mate asks to see what lures you have for that day’s fishing, it’s like going through a full-dress inspection in the military – the best you can hope for is a grudging nod. The worst – a pitying slight sideways turn of the head back and forth in dismissal. 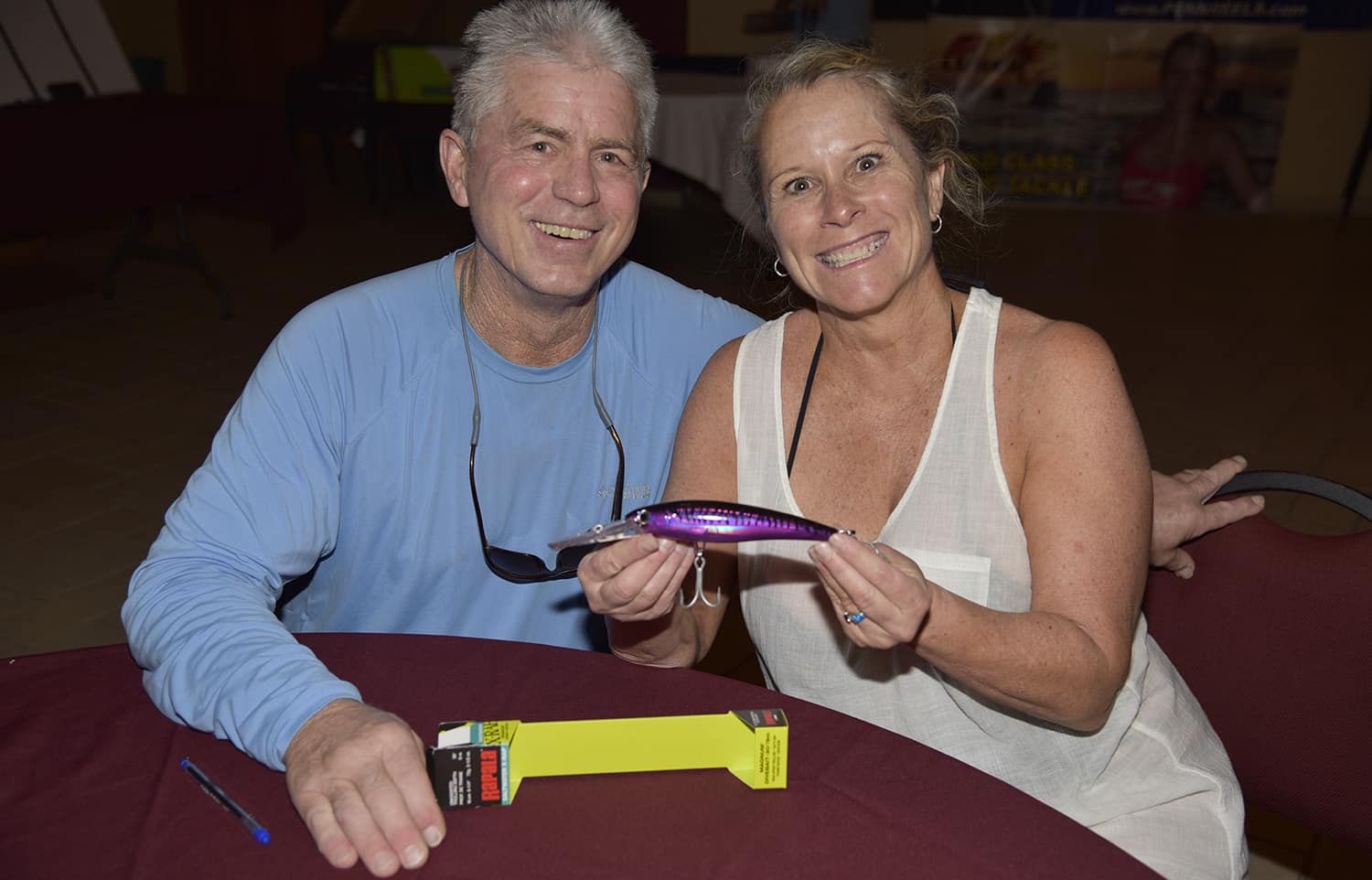 If it’s wahoo you’re after, then there is a way to guarantee a smile: break out your spread of Rapala X-Rap Magnum trolling lures. The old Saltwater CD Rapala used to be the go-to wahoo lure along the Baja. Now it’s the beefed up, big lipped, deep-diving X-Rap Magnum that gets them grinning – and the wahoo biting. 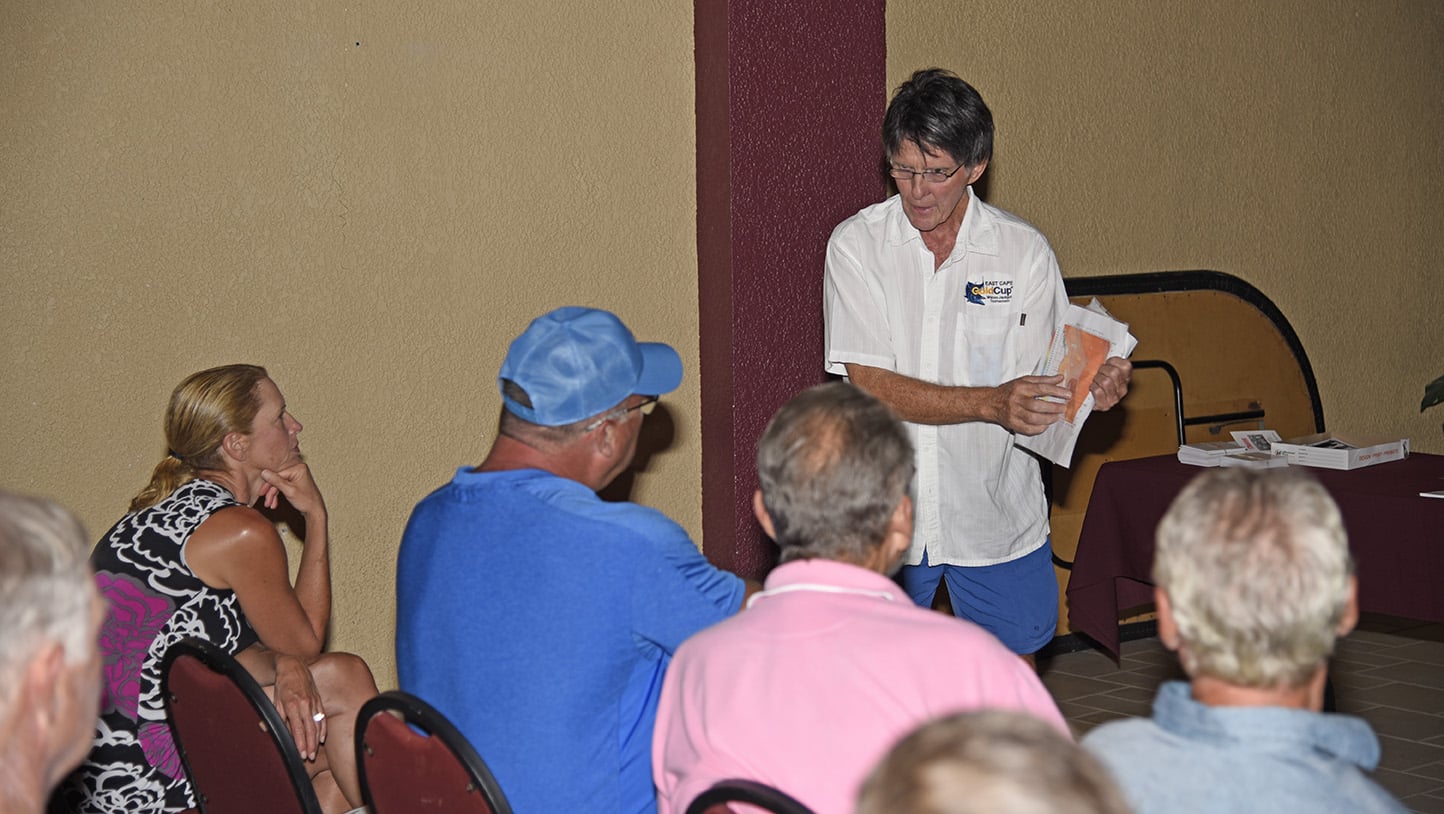 On a recent trip to cover the Van Wormer Resorts Gold Cup Wahoo Tournament at Palmas de Cortez, a highlight was when the tournament’s director Kit McNear held one of his always informative seminars in the resort’s convention center.

McNear has promoted and hosted tournaments in the Baja for many years and for just about as many, Rapala has been a sponsor of his events. There’s nothing better than sincerely believing in your sponsor’s product – especially since that provides a steady supply of the hottest new lures.  No surprise, then, that the Rapala X-Rap Magnum was a key focus of the seminar.

“The X-Rap comes in a 30 and a 40 and what that means is if you pull them at a normal trolling speed of 6 to 8-knots the lure will dive down 30 or 40-feet,” Kit said. “This is important because it gets the lure into the clean water where it can be seen and especially important when a thermocline is holding the bait and the fish deeper in the water column.”

He explained that smaller profile lures work better for wahoo in Baja waters and since the fish must visually pick up the lure, rigging, color and action all come to play.

Choosing the right color is easy.

Rapala calls the color Purple Mackerel. They also offer a Hot Pink color that McNear says is his second favorite.

As far as rigging, since you are running the lure in a highly visible area below the prop wash, the best way to get bit in Baja is to straight tie to the X-Rap with 40- to 50-pound mono.

“You will get more bites on the mono, but you will lose a few lures,” Kit noted. “You get a few less bites on the wire, but you won’t lose the lure. If you do wire, use 50- to 70-pound coffee-colored regular wire. I use double crimps and swage mine, not crush them. The best is titanium wire.”

As for hooks, stick with what comes in the Rapala package, Kit noted, simply because the action of the Rapala X-Rap minnow is what really gets the bites.  “If you change the hooks, you are going to lose the action,” he said. “I don’t care if you only change out the rear hook with a single hook, the action is not going to be the same.”  McNair said there are two key factors to effectively fishing with the factory hooks: sharpness and the way you battle a hooked ‘hoo.

“Make sure you sharpen the hooks when they need it,” McNear said. “When you do hook a wahoo on the Rapala, don’t pump the rod. Chances are the fish will be snagged in the side of the head or there might be two of hooks of the treble solid in its mouth. 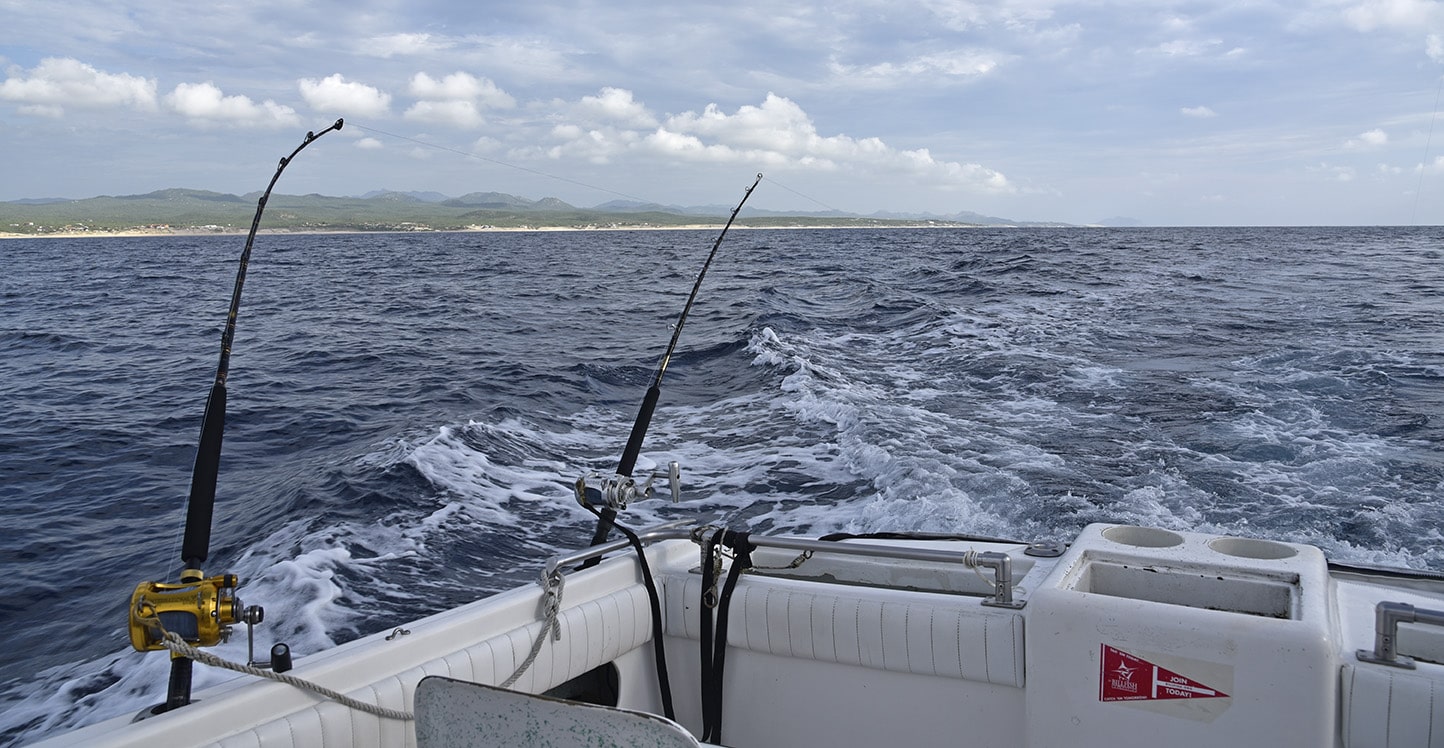 “If you try to pump the fish in, all you are doing is ripping the hooks out and throwing slack line and the fish will throw the lure,” he added. “And don’t pull the wahoo’s head out of the water when it’s at the gaff. Again, it will just toss the lure.” 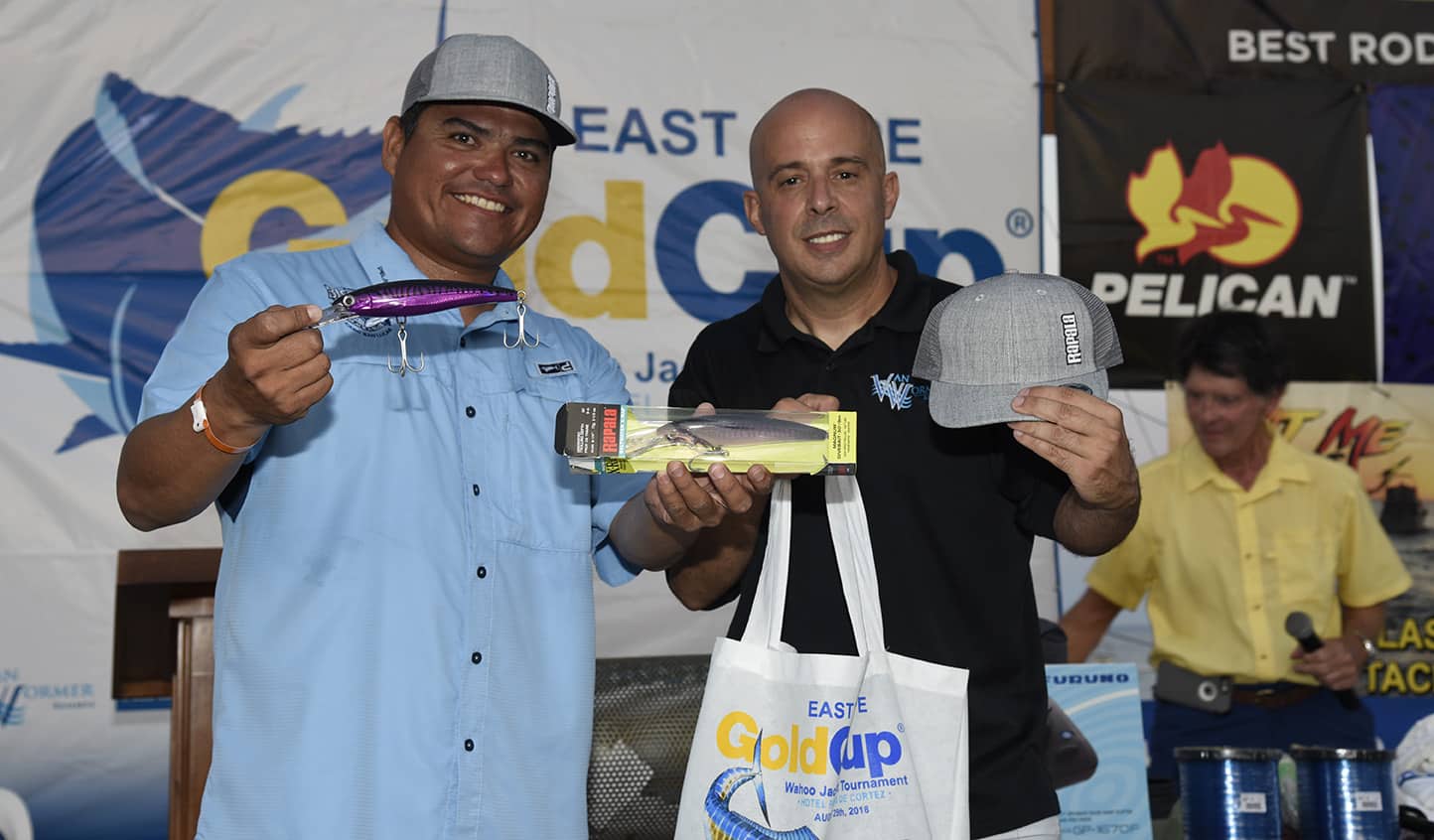 Randomly chosen teams were given new black and purple X-Rap 30 and 40s and several of the teams reported catching their wahoo on the Rapalas. They were all automatically in a contest for the largest fish on an X-Rap and that was a 22.7-pounder caught by Esaul Valdez of Buenavista Beach Resort. 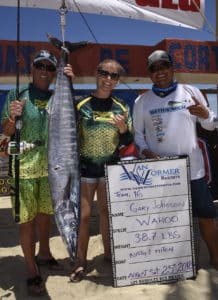 More than a third of the 22 wahoo weighed in the Gold Cup were caught on Rapalas (mostly on black and purple and a couple on pink), while of  the four biggest fish in the Van Wormer Resorts Gold Cup Wahoo Tournament, 2 were caught on an X-Rap, including the 38.7-pound wahoo caught on a black and purple X-Rap Magnum 30 by Gary Johnson and Melissa Perlstein that held the first place spot most of the day until Victor Locklin and Luis Beltran’s 41.1-pound wahoo on a ballyhoo bumped them into second.

In all, 30 wahoo were brought to the Palmas de Cortez scales, and, as is the case when fishing for a scissor-mouthed fish that can swim 60 mph, that doesn’t count the many wahoo that were lost. 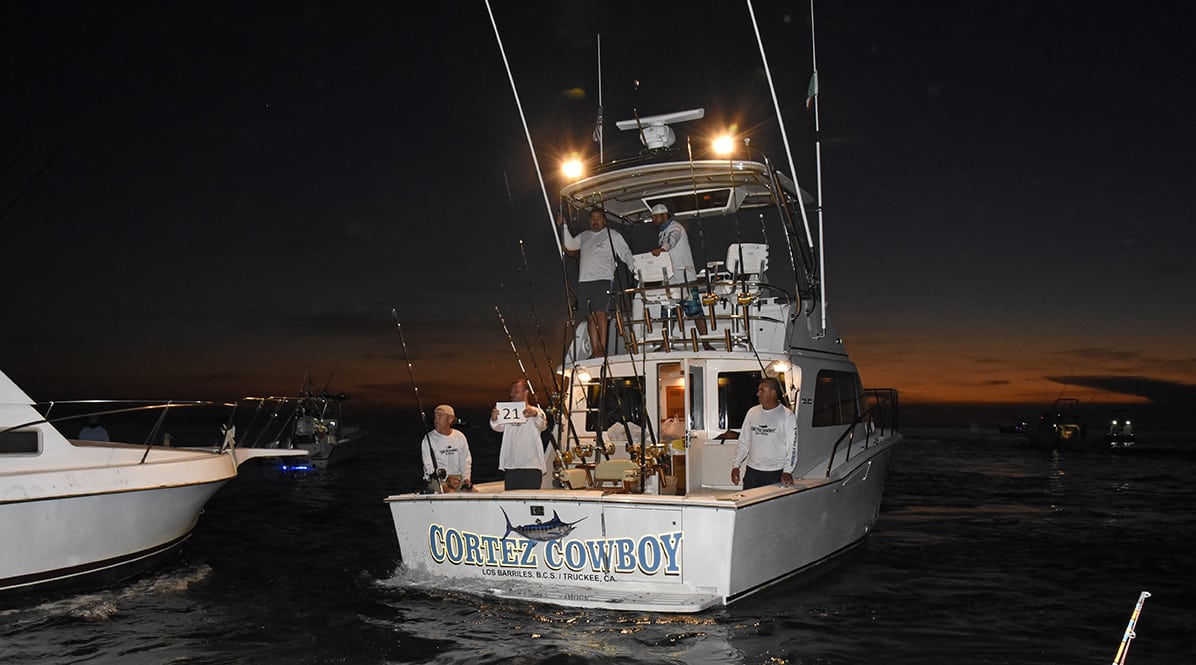 The takeaway? If you’re heading to the fertile wahoo waters of Baja Sur, make your Capitan happy and bring some Rapala X-Rap Magnums. Why will he be happy? Because anglers who catch fish usually tip more!

More from Rapala on BD. 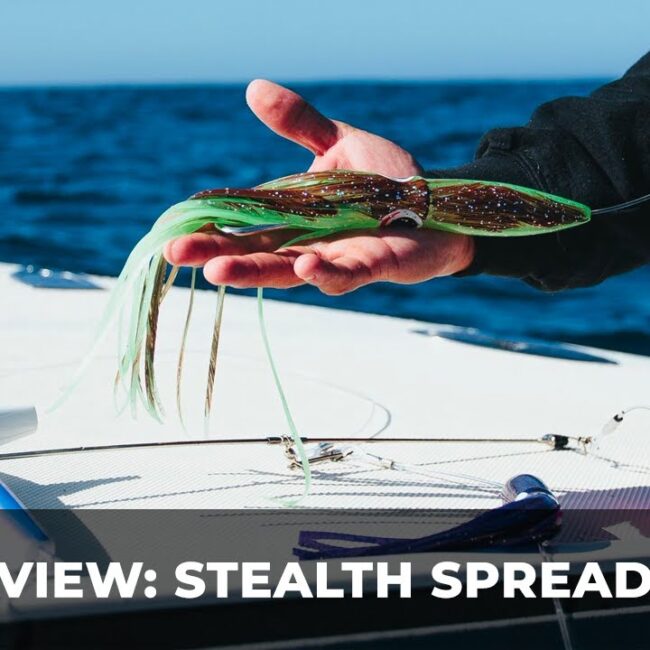 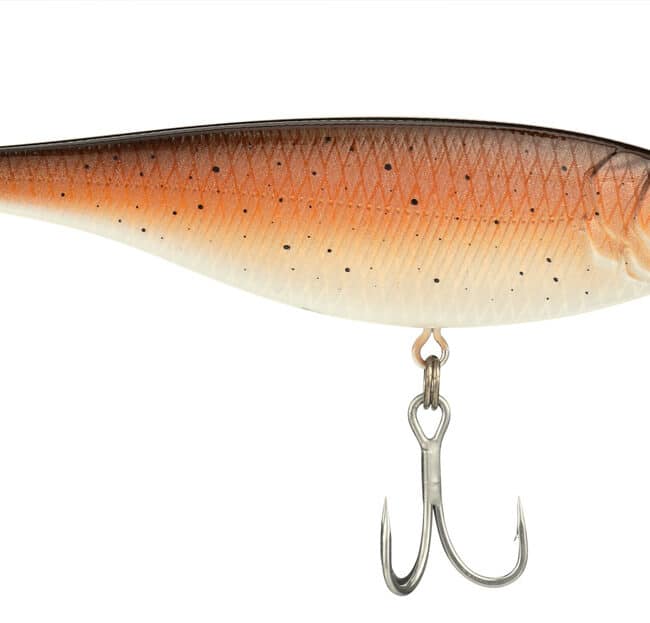 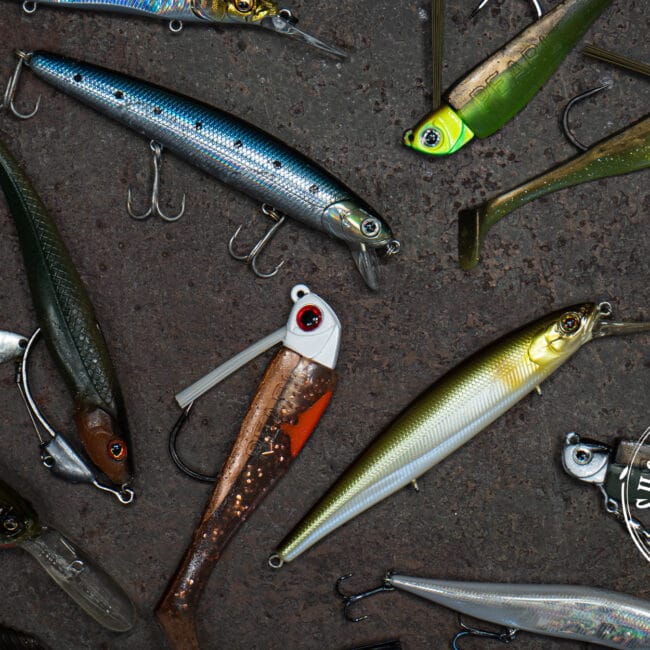 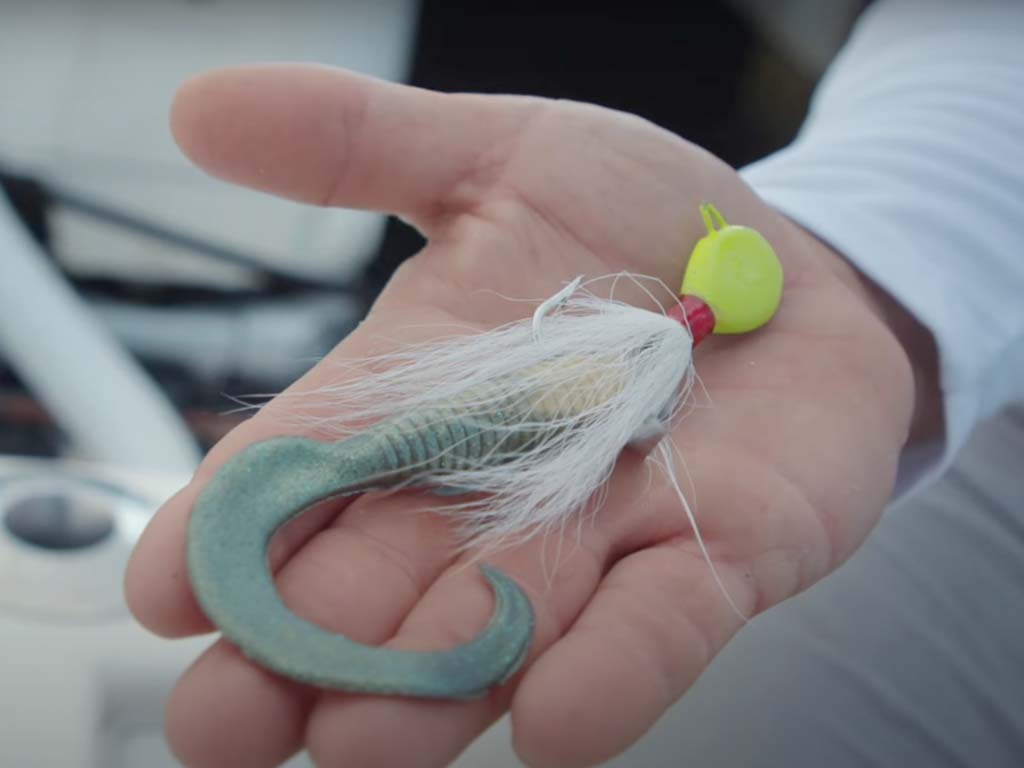 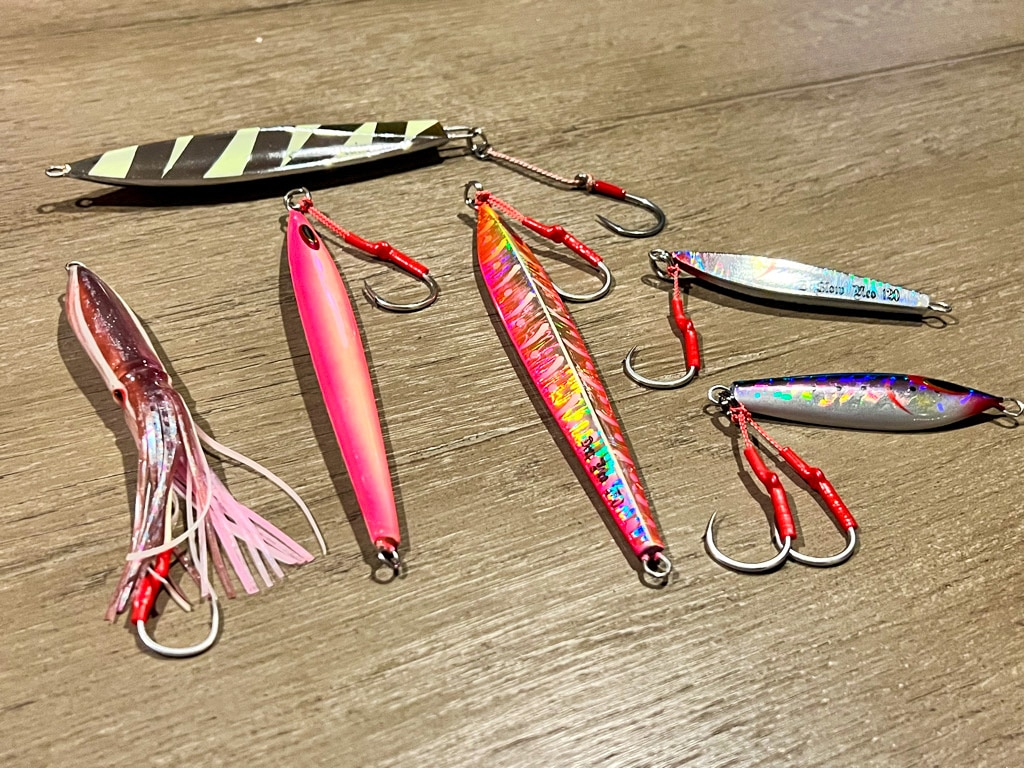