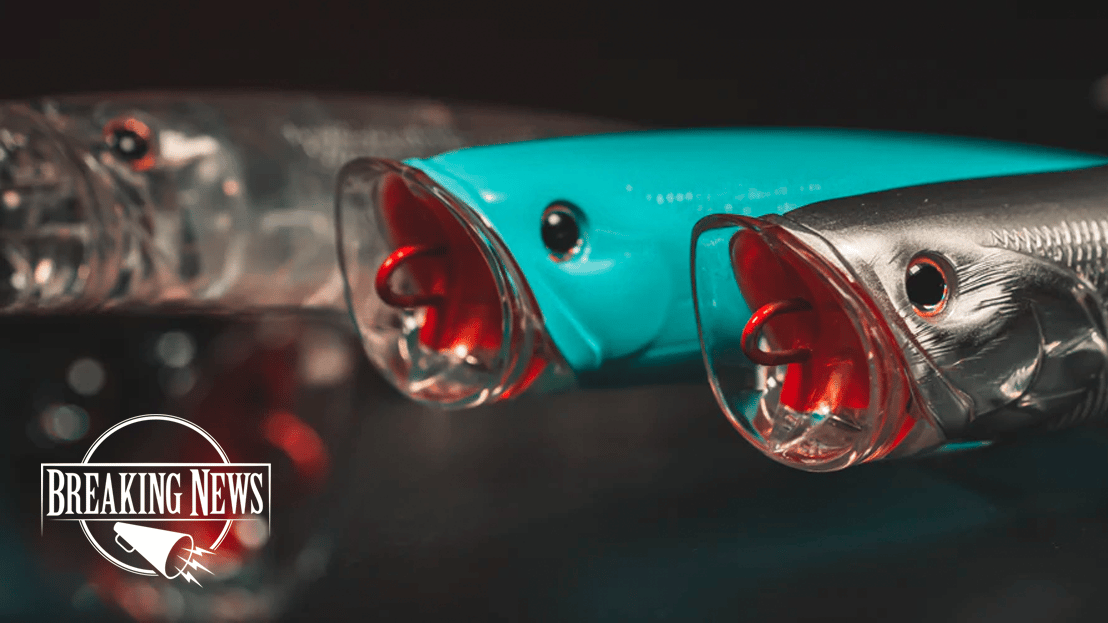 Daiwa has added new fish-taunting colors to its legendary lineup of big game poppers. Since the resurgence of Bluefin Tuna in our Southern California waters, targeting big fish with poppers has consistently been many anglers favorite way to fish. Nothing compares to the wake and splash that a fish leaves behind as it attempts to annihilate your popper. While the “most effective” design, size, and color have changed from year to year, one thing remains the same…Bluefin love the popper.

What do you do when your line of big lures performs so well there are no design angles left to tweak? That’s the question Daiwa faced with its widely popular Saltiga Dorado Popper. Renown in big-game fishing circles for its incredible strength and ability to push, throw and displace large volumes of water, both floating and sinking versions have captured the imagination of tuna hunters and the targets they pursue.

“These lures are super tough and work so well there wasn’t much reason to rework their design,” says Marc Mills, senior marketing manager at Daiwa. “So, we splashed them with exciting new colors to provide some different looks for triggering reaction strikes or upping your game when playing match-the-hatch.”

Saltiga Dorado Popper new colors include two solid options and two that provide a translucent appearance. A bright mint green, “Toothpaste” should really stand out even in rough or discolored seas. A “Full Metal” pattern should prove highly visible while imitating a wide variety of silver-bodied baitfish species that tuna and other large pelagic predators can’t seem to pass up.

For fishing in relative calm or clear waters, the new “Clear” option should quickly become a go-to choice as its translucent body is sure to tease up some beasts, while a “Skeleton Flying Fish” pattern fits the bill when bluefin and mahi are locked-in on the blue-tinted baitfish.

“With these new colors, the Saltiga Dorado Popper now comes in ten patterns providing big-game anglers with plenty of choices as they head offshore,” notes Mills. “When combined with the current color selections that include Laser Bluepin, Laser Katakuchi, Laser Maiwashi, Splash Tobiuo, Laser Pink Purple and Maiwashi, serious offshore fans should be able to match just about any bait that swims in big-game waters while optimizing their selections for water conditions, subsurface visibility and attitude of the fish.”

Daiwa Saltiga Dorado Poppers are easily worked to challenge the biggest of offshore predators. Floating models generate large disturbances on the surface that absolutely infuriate tuna and other pelagic gamefish. Sinking versions are a great choice for use in rough seas as they displace large volumes of water and generate plenty of noise during their slow descent. Both styles now come in nine colors and can call big fish within a large radius.

Each model in the Saltiga Dorado Popper series measures 5.5 inches long and features through-wiring plus super-strong, 1/0 hooks. These floating poppers weigh 1-2/5 ounces. The new colors will be available in November. MSRP: $26.99.

For Daiwa’s latest color catalog and/or information on Daiwa dealers in your area, call Daiwa’s Customer Service Department at 562-375-6800 or e-mail inquiries to: [email protected]. The URL for Daiwa’s web site is daiwa.us.

Daiwa’s first spinning reel rolled off the assembly line in 1955. Since then, the company has grown into one of the largest and most influential tackle companies in the world today. To handle sales and distribution in the United States, Daiwa Corporation first opened its doors on September 26, 1966, operating from a small facility in Culver City, California. Today, based in Cypress, California, Daiwa Corporation sells tackle throughout the United States, Canada, Central and South America. From the very beginning, Daiwa’s emphasis has been upon innovation and quality. The result is a long list of product features, design and materials that have become standards for the fishing tackle industry. Daiwa’s long-standing record of innovation has left a visible mark on the majority of tackle manufactured today and continues to advance the sport of fishing. Learn more at daiwa.us