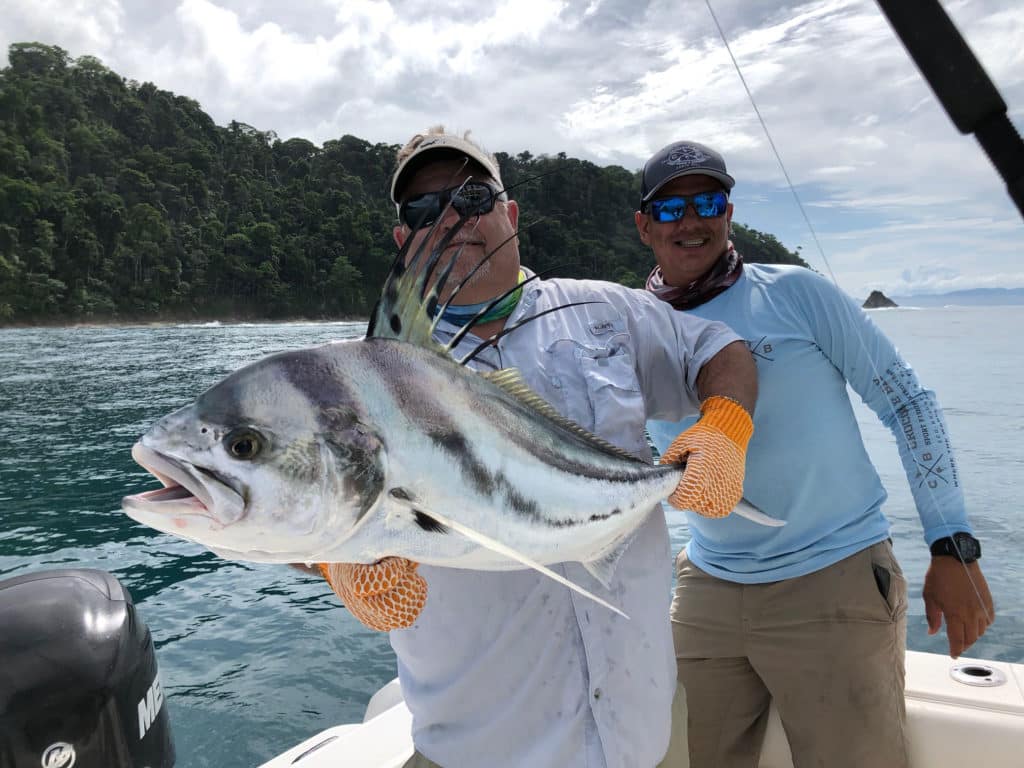 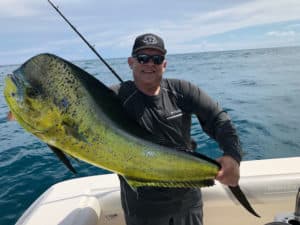 May was a very exciting month here at Crocodile Bay and June is following suit. We have had favorable currents with blue water in close and some nice current lines with lots of bait holding around them. The offshore fishing has been excellent with good numbers of sailfish, a few marlin and some big dorado. We have had several days with double digit sailfish raises and one boat raised 30 sailfish in a single day. This is not typical for May, as usually the sail fishing slows down some, but I am not one to complain when the action is good. In addition to the billfish, there have been some very big dorado around. In the last week, we landed two fish that were over sixty pounds and another over forty. Though the tuna haven’t been as prevalent offshore, we have been catching some nice “football” size yellowfin tuna inshore.

I would like to give a shout out to Mark Harris and his sister Elizabeth Crane, who were here for five days of inshore/offshore fishing. Mark had “the best fishing day of my life” when he released this big blue marlin pictured below. Mark and Elizabeth also landed a trophy dorado and several roosters. 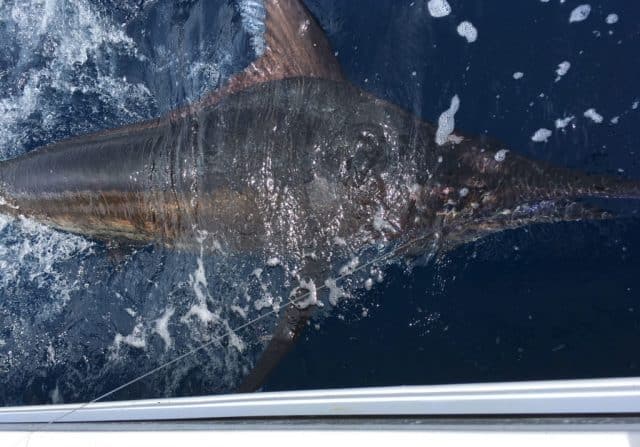 I would also like to mention Kyle and Leigh Hamilton who were here a couple weeks ago. In three days of fishing they caught eleven species of fish, including six sailfish, a blue marlin, yellowfin tuna, dorado, roosterfish, snapper, jack, pompano and a grouper. 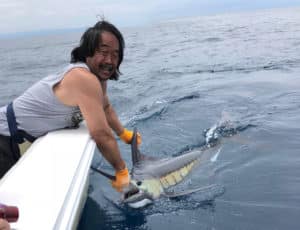 The marlin action has really continued the whole month of May. A week ago the Riddel group headed offshore to try their luck. At fifteen miles they put the lures out and started trolling. It wasn’t long before they had a blue marlin in the spread. The fish came in so hot and aggressive that when it slammed one of the lures, he immediately hooked himself. The guys took turns “tag teaming” the Pacific blue marlin and he was soon brought to the boat and released. In the afternoon, they headed a little further offshore. Their captain spotted something floating with birds around it. As they got closer, they could see It was a partially submerged plastic barrel that was loaded with bait and some smallyellowfin tuna. After catching a couple of tuna, the captain put them out as live bait and began slow trolling the area. A couple of passes later, they had their first bite. When the line came tight, everyone expected to see a billfish come flying out of the water, instead they were surprised by a sixty plus pound dorado. No one was disappointed, as it was a beautifulbull dorado and when the fish was finally gaffed and in the boat, plans were already being made for dinner.

After returning to the barrel and they caught a couple more tuna and were soon trolling again. Another bite and this time when the reel screamed and line started pouring off the spool, it was a blue marlin  that broke the surface of the water. Happy anglers with marlin number two on the line for the day. 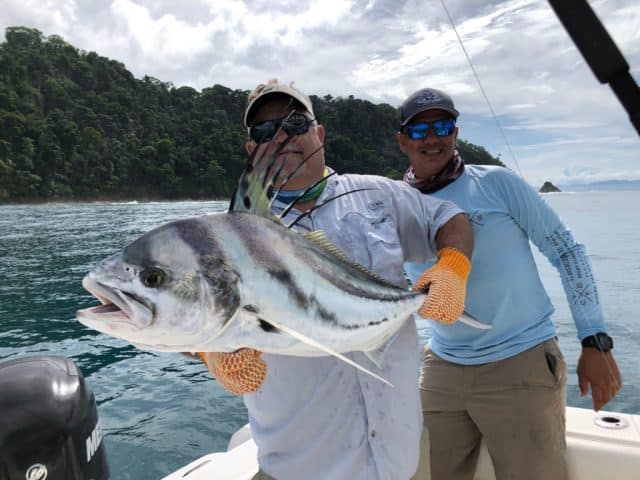 The roosterfish fishing has been steadily improving the last couple weeks and two fish over fifty pounds were taken this past week. May and June usually bring a run of yellowfin tuna. It is hard to say if this will happen or if the good numbers of billfish will continue to stick around. This year the fish have been full of surprises and they have not been paying much attention to the calendar. It will be fun to see what happens the next few weeks. One thing is for certain, any day fishing in Costa Rica can be that special day, you just never know.

The PanAmerican Delegation recently sent representatives from the USA angling team and the Mexican Sport Fishing Federation to choose a location for the First International Roosterfish Tournament. They scouted out several locations in Costa Rica and decided Crocodile Bay Resort, Costa Rica  would be the best venue to hold the event. Learn More or Enter Here

Humpback Whale Migration –  Mid July through Early November
Whale watching season is almost here (mid July – early November ) – Did you know the Osa Peninsula’s Golfo Dulce  is one of the few places on Earth where humpback whales migrate to give birth from both the Arctic and Antarctic? Just another of the many reasons to experience the vacation of a lifetime at Crocodile Bay Resort, Costa Rica.