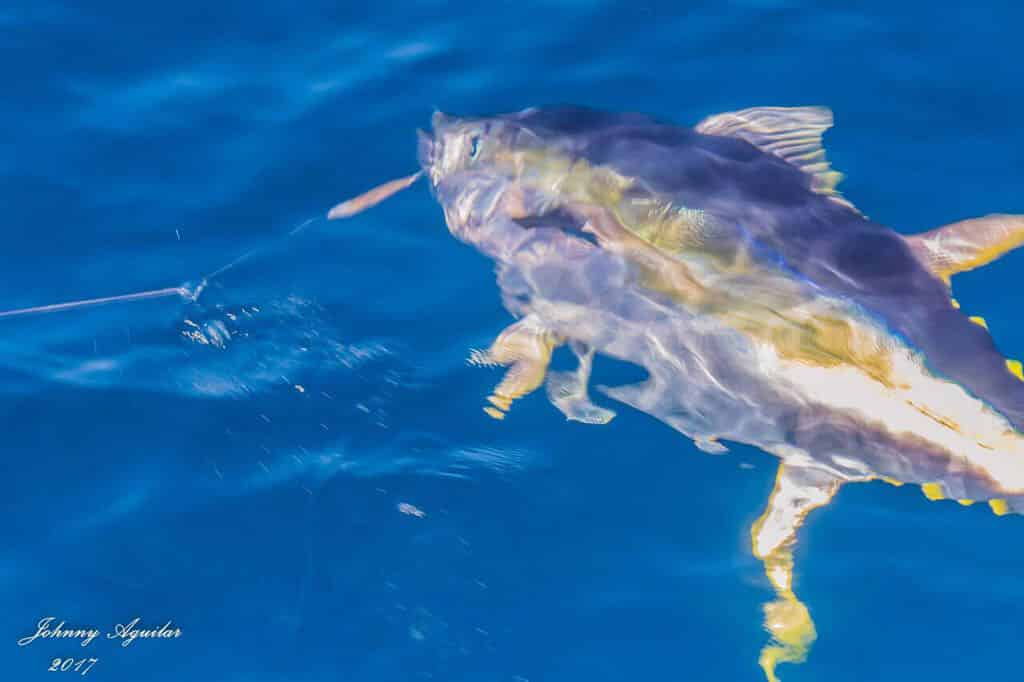 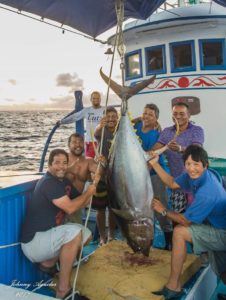 The application for greenstick fishing has finally been approved. When it comes to fishing regulations, changes in Costa Rica are usually slow and deliberate. The government typically requires extensive technical and scientific support before it considers adding or changing fishing laws or agreements. The studies are also usually conducted in Costa Rica territorial waters but the greenstick has made the cut.

Greenstick fishing or “palo verde” as it is known in Spanish is not a new technique. It has been used successfully for years in Japan and the United States in commercial and sport tuna fishing. The set-up of a tall single center outrigger trailing surface baits behind the boat’s stern is an effective way to harvest tuna with almost no bycatch.

Studies on local greenstick fishing were directed by fisheries biologist Moises Mug of FECOP (a Costa Rican sport fishing advocacy group), INCOPESCA, (the government agency in charge of fisheries) and INA, the technical learning institution that teaches different trades including preparing students to work in the fishing industry. The joint project to study greenstick fishing began in late 2016 with the purpose of offering an alternative method to capture tuna by the national fleet and reduce bycatch at the same time. Mug was appointed last month to head INCOPESCA by Costa Rica’s new president, Carlos Alvarado.

The required criteria was submitted to the government by FECOP in December 2017, approved this past March and recently published in the Government Gaceta, the official publication of Costa Rica’s Laws and Decrees. Commercially, only yellowfin tuna, bigeye tuna, skipjack tuna, swordfish and dorado (dolphinfish) can be harvested using the greenstick method and all other species must be released alive.

“The possibility is approved that, for a period of 12 months counted from the publication of this Agreement, any interested party that holds a longline fishing license, whether commercial or medium-scale commercial fishing, may request INCOPESCA to add it to their vessel the art of Green Stick; or completely change the traditional longline for the art called Green Stick. For this purpose, the interested parties must comply with all the requirements established by INCOPESCA for this purpose,” the agreement states.

“These boats will be authorized to carry up to six lures with lines attached to the rod and reel or winch. In no case shall INCOPESCA allow a boat that uses the Green Stick to carry and use other fishing gear in the same boat, except for the traditional longline and the hand rod (rod and reel).

“In cases in which INCOPESCA serves as certifier that the catches have been made using the Green Stick art on a vessel that also has traditional fishing gear, the Institute should require that the vessel carry an observer on board or a technological device that guarantees the traceability of the product. In this case, when the longline vessel has an observer on board, catches of non-target species made with Green Stick, should be released alive in the best possible condition.” 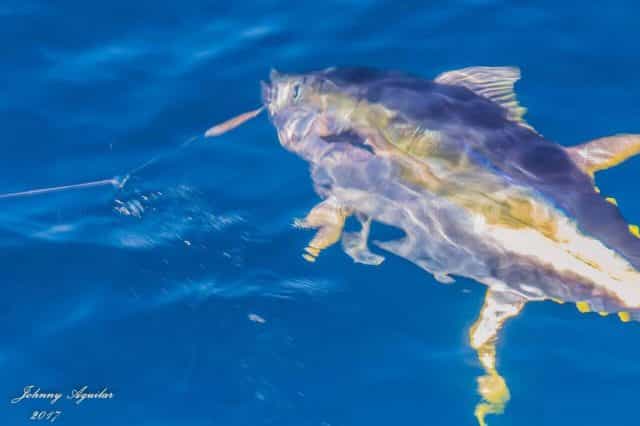 Recreational fishing in Costa Rica is divided into two categories: sport-fishing and tourist fishing for those that hire for charter. The new agreement allows boats with tourist fishing licenses to fish green sticks but not boats with regular sport-fishing licenses. The charter boats are allowed to pull three lures at a time attached to rod and reel. No type of winch is allowed.

Changes to better protect Costa Rica’s marine resources are slow coming and this one regulating greenstick fishing will need to be fine-tuned. But the country also recently joined Global Fishing Watch to combat illegal fishing and the equivalent of the Supreme Court upheld the ban on shrimp trawling for the second time, outlawing the practice. So FECOP and concerned citizens are hopeful the country continues in this positive direction.