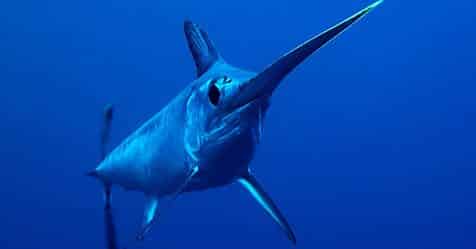 Leading recreational fishing organizations applauded Sens. Dianne Feinstein (D-Calif.), Shelley Moore Capito (R-W.Va.) and Kamala Harris (D-Calif.) for introducing S. 2773, the Driftnet Modernization and Bycatch Reduction Act, to phase out the use of mile-long drift gillnets in the eastern Pacific by 2020 and bring California commercial swordfishing in-line with all other U.S. and international swordfish fisheries.

Wild Oceans, the International Game Fish Association, Coastal Conservation Association of California and American Sportfishing Association have been working together to promote a transition away from drift nets to safer, more selective fishing methods for swordfish, tuna and other commercial species.

Drift nets are an anachronistic fishing gear that has been eliminated in most parts of the country and other nations. The drift net fishery sets invisible nets, fifty yards deep and up to a mile long that ensnare valuable swordfish, but also sea turtles and more. The United Nations banned large-scale drift nets on the high seas twenty years ago. The U.S. has banned drift nets of any size in the East coast fisheries, and the European Union disallowed drift netting among its 27 member states in 2002.

Recent efforts by the Pacific Fishery Management Council to limit bycatch in the California swordfish fishery have failed, thus necessitating a legislative solution.

“The California drift gillnet fishery discards over fifty percent of its catch, and by allowing drift netting to continue off the West coast, we are on the wrong side of history. Simply put, the continued use of indiscriminate drift nets is at odds with federal requirements to minimize bycatch and with promoting healthy open ocean ecosystems and recreational fishing opportunities,” said Wild Oceans President Ken Hinman.

Bob Kurz, a trustee for the International Game Fish Association, added, “It’s time for Congressional action to remove driftnet gear from California waters and to replace them with innovative gear.”

One such emerging method is buoy-gear, used by commercial swordfish anglers in Florida for over a decade, supplying a high-value product with virtually no bycatch. It’s been so popular with commercial fishermen that a pilot buoy-gear study is underway in the Gulf of Mexico, where longline bycatch of breeding bluefin is a threat to that severely overfished tuna’s recovery. In California, more than 60 fishermen have applied for permits to use the experimental gear. The legislation will not only eliminate the use of indiscriminate gear, but support the switch to innovative gear, such as deep-set buoy gear. 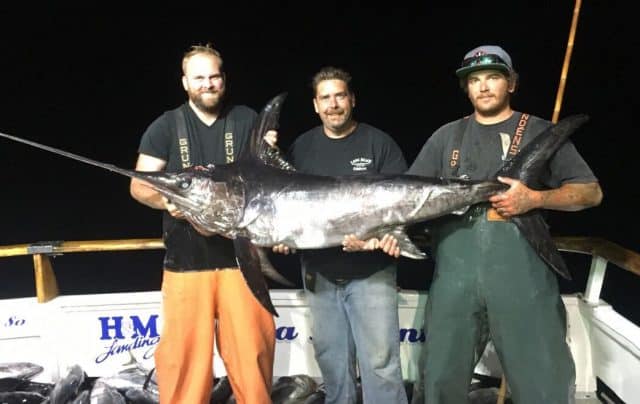 “The sportfishing industry is extremely grateful to Sens. Feinstein, Capito and Harris for leading this effort to clean up the California commercial swordfish fishery for the benefit of all those who care about and depend on healthy marine resources,” said Mike Leonard, the American Sportfishing Association’s Conservation director.

For more than thirty years, the Pacific Council and the State of California have struggled to constrict and constrain the commercial swordfishing drift gillnet fishery into compliance with best management practices for open water fisheries, such as low bycatch of non-target species, the live release of incidentally-caught or undersize fish and cost-effective monitoring and enforcement.

Drift gillnets produce excessive bycatch and waste, resulting in half of the catch being discarded as unwanted, prohibited or protected species.

The Driftnet Modernization and Bycatch Reduction Act aligns the California commercial swordfishing fishery with sustainable goals for bluewater fisheries, such as locally-supplied seafood, recreation and tourism, community-based employment and, in support of it all, maintaining abundant and sustainable fishery resources and a healthy environment.

More about swordfishing on BD.