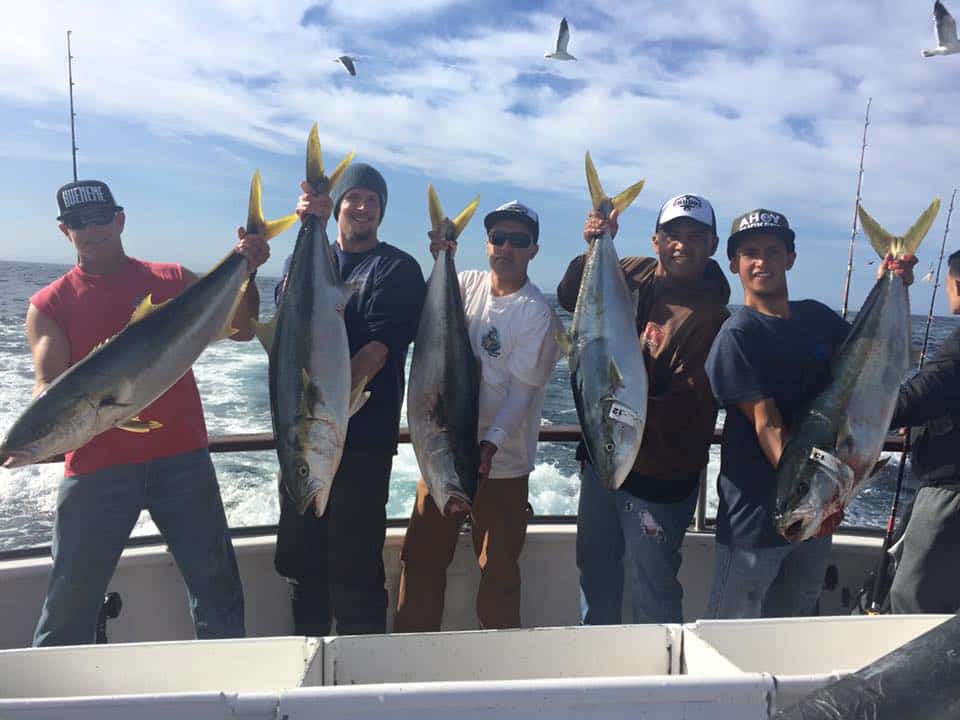 With the fishing year starting out a little more normally than most of us had hoped, the question on many people’s minds is whether or not the party is over. While it’s too soon to say whether or not the post El Nino hangover has kicked in, one thing is for certain, things are definitely different this year. But as this week’s reports show, different doesn’t necessarily mean bad, it just means different. Remember all of those big yellows that were biting along the coast from Long Beach to Oceanside last year? Well, it looks like at least some of them have shown up at the Channel Islands in recent weeks. It’s hard to get a handle on the actual volume of fish up there because there are a lot of areas that might be holding them and there’s no where near the boat coverage they’d have down here. With next week’s full moon, if there is any significant volume up that way, I’d imagine we’ll see some big scores over the weekend and into the early part of next week.

The fish are close enough to the harbor to target them on a 3/4-day trip but if you’re jumping on a sportboat I’d suggest doing a full day or overnight trip to maximize your fishing time. All of these fish have been coming on the yo-yo iron, so you’re going to want to bring an appropriate set up with at least 40 or 50-pound line. You’ll also want to bring along some rockfish gear because that will surely be the fall back plan once the yellows stop biting.

I’m sure the area is going to get a bunch of private boat pressure this weekend, so if you’re heading up there, I’d suggest finding the depth the fleet is working and then running up or down the island in similar depths while looking for fish away from the crowds. Closer to home, Catalina Island is continuing to produce fair to good yellowtail fishing for the 3/4-day boats. These fish range from small to 10 or 12-pounds for the most part, so you don’t really need heavy tackle to catch them. Boats are also catching rockfish as well as some bass barracuda and bonito, so you’ll want to bring enough tackle to cover all of your bases.

There were some yellows biting at San Clemente Island earlier this week, but it’s mostly rockfish now. Captain Jeff Markland on the Thunderbird out of Davey’s Locker is the guy to fish with as he’s been running frequently enough to have the bite fairly dialed in. If you’re planning a trip, I’d bring rockfish gear as well as a yo-yo and surface iron rod in case the yellows show up.

It’s pretty much rockfish with a side of bass everywhere along the coast right now. If I were fishing this weekend, which I am, I’d run to one of the islands and look for yellows and then settle for bass or rockfish. With the weather we’ve got forecast for the weekend, every island will be in play for private boaters.

Finally, the yellows are biting in Mexican waters again. On Wednesday the Malihini out of H&M Landing went long down the coast and caught around 30 fish for their passengers. They reported the yellows biting both the yo-yo and the surface iron. The boat headed back to the zone on Thursday morning, so I’d check the reports and see if it’s worth jumping on a trip this weekend.