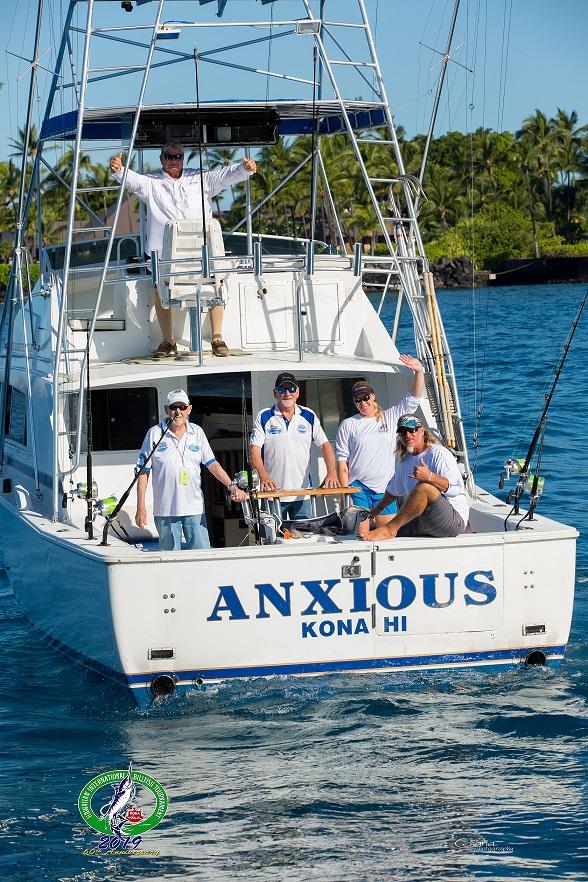 To all of our HIBT family and friends,
With sadness in our hearts, we have to inform you of the passing of one of our old-time members, tremendous fishermen, and all-around great human being, Captain Neal Isaacs.
Neal passed away on January 5th after a prolonged battle with his health. He will be sorely missed on this earth as he moves to the great fishing grounds in the sky. Where he has moved from this physical earth, he has left a lasting legacy in our minds and hearts.
Neal was a prominent presence in not only our Hawaiian International Billfish Tournament but also in the Big Game fishing community of Kona.

Neal and his crew on the “Anxious”, won the coveted Henry Chee Memorial Award in 2008 for accumulating the most Billfish points in the Hawaiian International Billfish Tournament.  In 2012, he landed his Grander, a 1022.5 marlin.
Prior to living in Kona, Neal was the founding father and president of the South Texas Big Game Fishing Club.  There he and his wife Trina on the “Quien Sabe” won multiple championships many times over.

We ask that you say a silent prayer for his new journey, and those he left behind.

We leave you with the following prayer and a brief video clip of Neal and his crew on the “Anxious” doing what he loved most, fishing.
A Fisherman’s prayer
I pray that I may live to fish.
Until my dying day.
And when it comes to my last cast,
I then most humbly pray:
When in the Lord’s great landing net
And peacefully asleep
That in His mercy I be judged.
Big enough to keep. 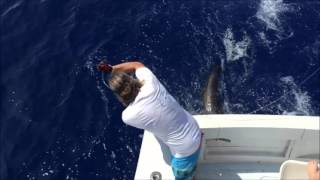