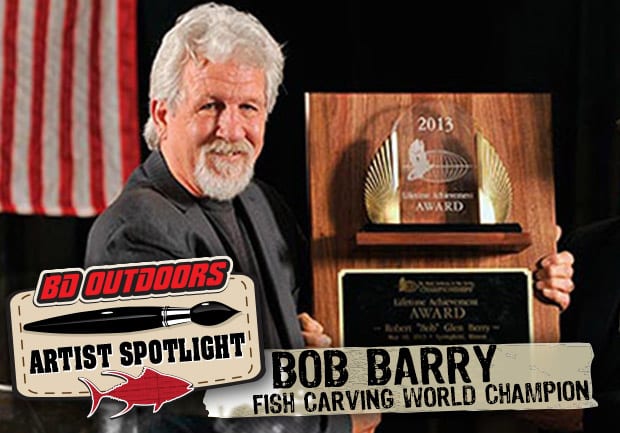 After a 40-year evolution from taxidermy to woodcarving and bronze, there is not much that Bob Berry can’t do. Lifelike wood carving replicas of many types of fish are his specialty. With incredible attention to detail, Bob utilizes his experience as a taxidermist to bring his wood carvings to life. This freshwater pumpkinseed looks like it just came out of the lake. With amazing attention to detail, Bob Berry has won many awards throughout his career. He also has created replicas of exotic wildlife, including the ducks he started with at the insistence of a customer. He won awards with his first one and was hooked. This smallmouth bass slurping up a frog is a prime example of the life-like detail he can achieve with wood and paint. Bob Berry began replicating client’s trophy fish in wood, but became inspired to carve tropical fish scenes by a trip to Hawaii. He has won many awards with these tropical scenes. He tried his hand at bronze sculptures as a natural offshoot to his woodcarvings. Both fish and wildlife continued to be his subjects. His bronze work was so popular, that he was commissioned by many zoos to create bronze wildlife displays. He also did full size displays for corporate endeavors as well. His unique ability to depict scenes of nature in a variety of mediums has led to the commissioning of several large scale pieces. With painstaking attention to detail, each scale of a fish and wrinkle of an oyster is carved by hand. That incredible detail is then brought to life with color and the skills of a true artist. Bob Barry is a true pioneer in the field and teaches others to pursue their dreams to become master carvers. 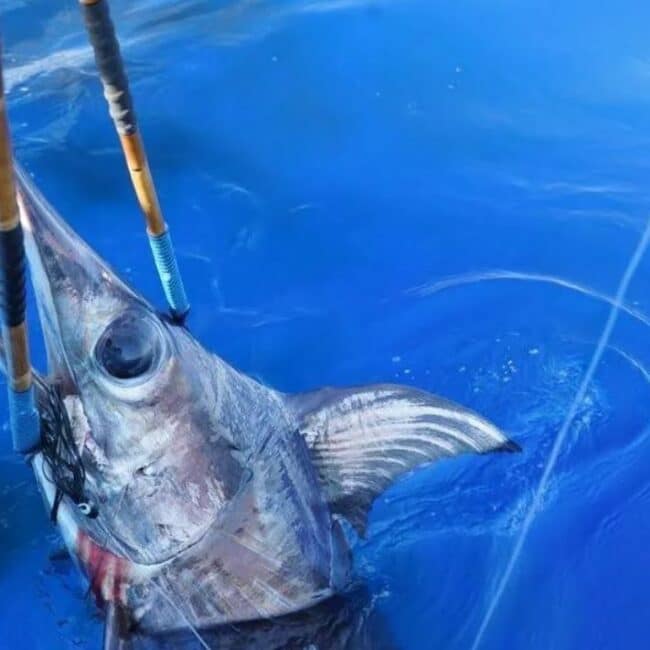