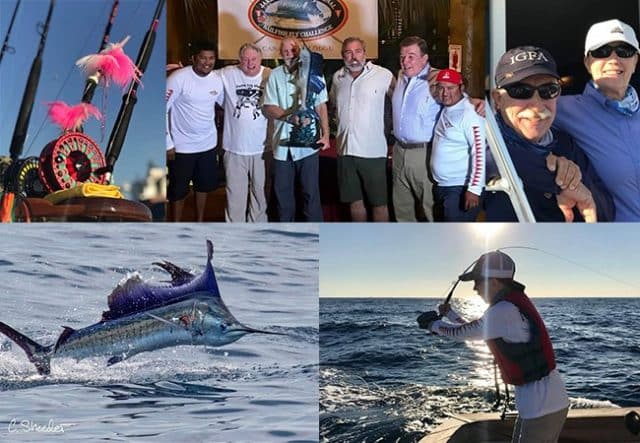 The ninth annual Jake Jordan Invitational Sailfish Fly Challenge tournament took place on January 7 (practice day) 8, 9, 10, (tournament dates), at the world-class Casa Vieja Lodge in Guatemala. This time for the first time ever, the fishing was slow for Guatemala standards, seems like some cold water moved in and pushed the fish off of their feed for a few days. That said each of the 7 teams in the tournament caught sailfish on 20# tippet on the fly. We had several adjustments which changed some of our teams around. Rufus Wakeman was scheduled to fish aboard Intensity with his partner, Jed Dempsey. Dempsey was unable to make the trip so Wakeman sent his son Marlin to take his place. On the practice day, Marlin hooked, fought , and landed his first ever blue marlin on fly.

Chris and Diane O’Neill were scheduled to fish aboard Makaira. Chris was also unable to make the trip, which caused Diane to bring a different partner, their 13-year-old son Ryan. Ryan caught and released the first 2 sailfish he’s ever seen. He released them on 20# class tippet on the fly, then he got to watch his mom, cast a fly to a blue marlin, and catch that it on Fly. This was her 6th blue marlin since she started fishing with Jake Jordan 4 years ago.

The next three days the cold water moved in and caused the fishing to be slow, with Danny Cline and Nat Harris fishing aboard the vessel, Finest Kind with Captain Chris Sheeder, catching five sailfish on fly on the first day to take the lead. Day 2 and day 3 were slow until the afternoon of January 10, when everyone got some sailfish bites late in the day.

In the end, the final score had Anglers Diane and Ryan O’Neill finishing with 450 points aboard Makaira, with Captain Jason Brice, finishing in third place. Second place went to angler George Maybee who fished aboard Affinity with Captain Nico, with 450 points, and the World Champion team for 2018 is Danny Cline and Nat Harris fishing aboard Finest Kind, with Captain Chris Sheeder, they scored 850 points.

Congratulations to all who participated! 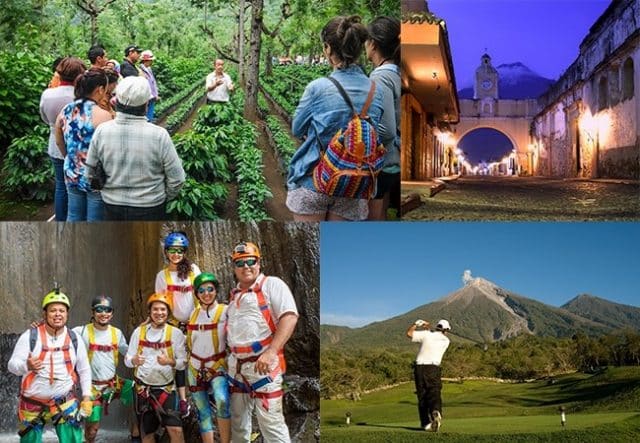 Already coming down to Casa Vieja Lodge this season? Complement your fishing vacation with a day to explore the UNESCO World Heritage site of Antigua. Reserve a tour in advance with our Miami Office and see culture in this colonial capital city. Available tours consist of a guided walk through Antigua, a Guatemalan coffee plantation, orchid & macadamia nut farms, the Jade museum, a round of golf, waterfall rappelling, or even a hike up Volcano Pacaya. You let us know what your interest are, and we will add even more excitement to your trip!

If you are only coming for the amazing fishing, think of enhancing your trip with a helicopter tour to/from Guatemala City Airport. From above, you can tour the active Volcano Fuego or see ancient Antigua.

Casa Vieja Lodge now consists of 10 private charter boats and is the only fleet in the business that posts their daily fishing reports online for the world to see great, good, or average, because they like to believe there’s nothing below average when you are out on the water! 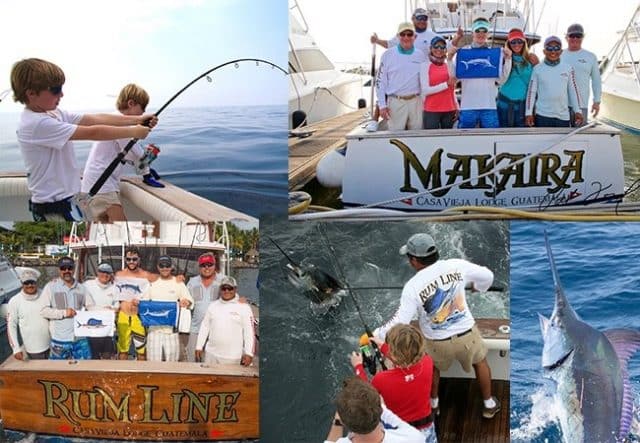 Each year The Billfish Foundation (TBF) recognizes top anglers, mates, and captains for their contribution to conservation through the Tag & Release program. Casa Vieja Lodge has been a a proud sponsor of TBF for the past 5 years, and encourage all of our anglers to tag their billfish. Annually, thousands of billfish are added to the TBF database by those tagging or releasing.

TBF will be holding the awards ceremony to recognize the contributions of these top anglers, mates, and captains on Friday, February 16, 2018 at Jungle Island, in Miami FL. Tickets can be purchased here. Proceeds benefit TBF’s tag & release program.

A big CONGRATS to the captains, mates, and anglers of Casa Vieja Lodge! 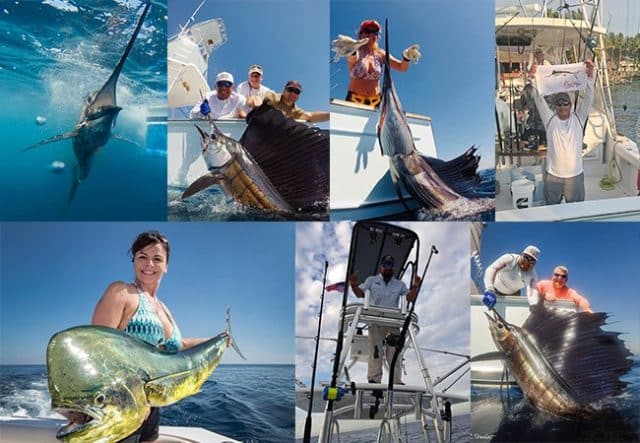 The billfish had a slow start to 2018 but they have made a steady come back with double digit raises and releases this past week. Since this season had a late start, we are expecting it to last longer! Book your Summer trip before its too late.

Below are a few fishing highlights and you can check out our daily fishing report HERE. 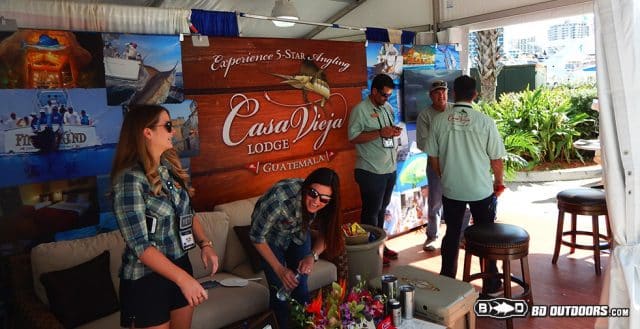 Catch us on the road, Stop by and say HOLA!

If you are looking to book a last minute trip please call 1-800-882-4665 and speak with Kirsten Thomas to check availability or visit the Casa Vieja Lodge website for more info.