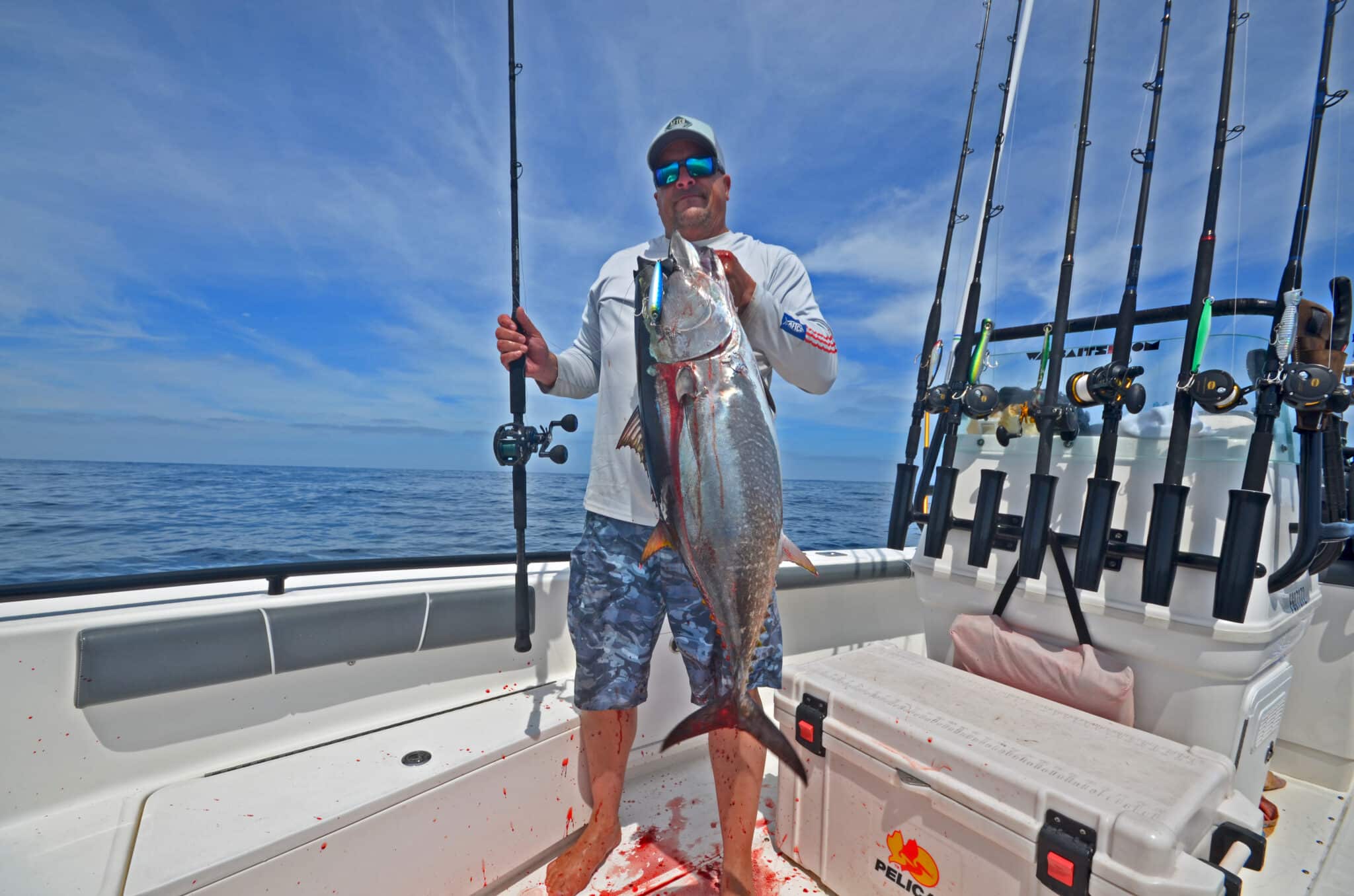 It’s been another good, but not great, week of fishing in Southern California. The seabass bite at the Channel Islands slowed considerably going into the new moon and has yet to recover. In worse news for 805 anglers, the wind is forecast to blow up there this weekend and while the forecasts I’m seeing vary in intensity, it doesn’t look private boat-friendly at Rosa in any of them. Santa Cruz Island looks fishable, but the crossing might be ugly, so take a close look at the latest forecast before heading out.

This week’s Navionics Chart tells the tale of what’s happening for fishing in Southern California. As you can probably tell by the numerous mentions made, the bass are biting along the coast. Both calicos and sand bass will be going into full spawn mode as we approach the July full moon. For guys fishing calicos, this means that the fish will be bunched up along the outer edges of the kelp. Guys fishing sand bass will likely find them aggregating around the hard bottom or artificial reefs that sit adjacent to expanses of sandy bottom. Just because we don’t have the big spawning populations coming in doesn’t mean that the resident fish don’t act like spawning sand bass. These pre-spawn aggregations can usually be found in areas with lots of bait. Find the bait and you’ll usually find the bass.

The yellowtail fishing in Southern California are still biting at Catalina and San Clemente Islands. I’d imagine they’re biting at the Dirt Clod as well but I haven’t heard any recent reports from there. The fish at both islands will bite squid, sardines or jigs. The only exception to that is the fish that are associating with squid beds, in those areas you’re going to be wanting to fish squid or a jig that represents a squid. There are also some big yellows biting at Cortes Bank and the Thunderbird out of Davey’s Locker got a handful of jumbos out there on a recent 2-day trip.

Getting to this week’s big news for fishing in Southern California, the bluefin and yellowfin have moved up into US waters. The fish, which are scattered from the 43 to San Clemente Island, is a mix of 10-25-pound yellowfin and 40 to 200-pound bluefin. As is the case in San Diego, the action has been more show than go for most boats but there are plenty of opportunities to be had if you’re willing to put in your time.

I fished Saturday out of Newport Harbor and caught both bluefin and yellowfin about 50 miles south of the harbor. All of the bites came off spots of tuna foaming on anchovies and a small lure was an immediate bite. If you’ve been having trouble getting bit when casting at foamers I recommend downsizing your presentation. I’ve seen a bunch of videos on social media of guys casting 8-inch long poppers into spots of tuna that are feeding on 2-inch anchovies, not getting bit and then proclaiming that the fish aren’t biting. If you’ve had similar results, I suggest trying a smaller lure. I wrote more about this in my trip report on the message board that you can read here.