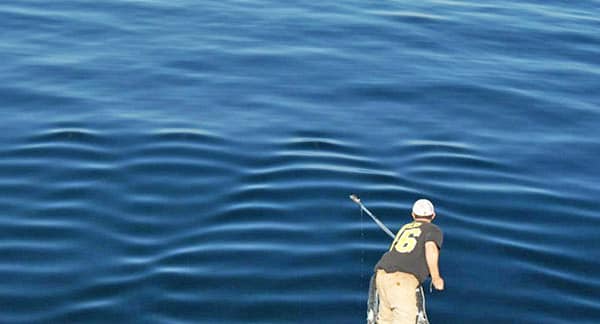 The North Atlantic giant bluefin migration, has changed over the past 20 years, the fish in years past were spending the summers in the Gulf of Maine to ‘The Rips’ off of Yarmouth, Nova Scotia. Today the main body stays offshore following the Gulf Stream north past Georges and Browns Banks, the majority of adult fish making a bee line for their summer feeding grounds in the herring rich waters of Northern Nova Scotia and Prince Edward Island. To reach these waters the bluefin travel the Eastern shores of Nova Scotia around Cape Breton Island in July and August each year arriving into the bays off Cape George by late August each summer.

There are a lot of theories to why the fish have adapted to this fairly new pattern, everything from pressure from New England harpoon, and hook boats; to mid-water trawlers catching the biomass of Gulf of Maine herring, but the end result is we know where they will be each season. 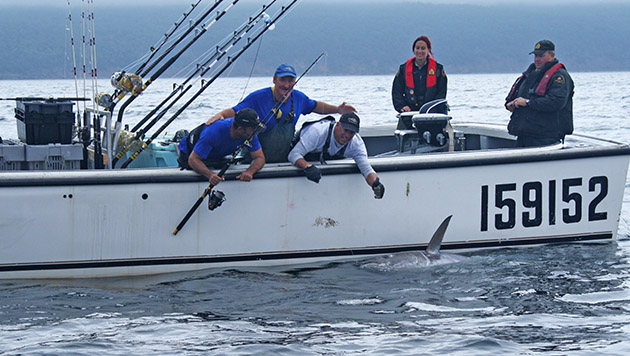 In Canada the season for bluefin starts in August, where the catch and release only portion of the fishery starts off, September 1st marks the beginning of the so-called commercial kick-off when the boats are allowed to take their one fish a year. Canada regulates their bluefin fishery much different than the U.S., where the quota is split up between a harpoon and general categories. The lion’s share goes to the general category (rod and reel guys). 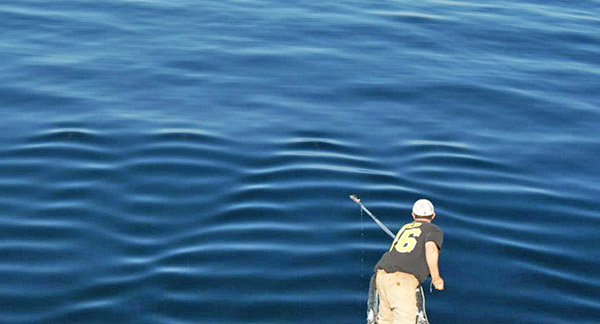 In the U.S. it is the Olympic system, and once the quota is caught the fishery shuts down, the best fishermen catch the majority of the tuna each summer and the good harpoon guys will land 40-60 tuna a summer.

Canada on the other hand has a much smaller quota and they regulate the fisherman instead of the fish. This has created the most amazing sport fishing industry to be found anywhere. There is a huge controversy between the commercial and sport fishing groups on the best way to manage these incredible fish.

I have lived on both sides of the fence so to speak, growing up in my youth as a Maine harpoon fisherman, to becoming an IGFA certified captain as an adult.

I can honestly say that I have a passion for both ways of life and will try to express an unbiased view on both sides of this passionate issue. The bluefin being a highly migratory species is a very hard fish to manage, who’s fish is it, when it knows no boundaries, a single fish can travel from the Gulf of Mexico, up the Gulf Stream, into Canadian waters, across the Atlantic into the Mediterranean Sea. So in a few short months the fish can be waters of a dozen different countries resulting in ICCAT having a very difficult job managing the stocks.

Where and to whom is the most value placed, what industry brings more money into the economy as a whole, who should have priority over the other and what is best for the future of the fish stocks? I am going to put some hard facts, and a couple of examples on the table and let the reader form his own opinion.

To compare apples to apples we will leave the harpoon fishery out of this and just talk rod and reel, both the Canadian sport fishing charter captain and the commercial U.S. general guy purchase the same equipment 130 class bent butt chair outfits. So the money spent outfitting the boats is a wash, the money for the gear, hooks, leader, mono, braid, rods and reels is spent at tackle stores all over the country, jobs are created at these stores, everyone benefits from this. 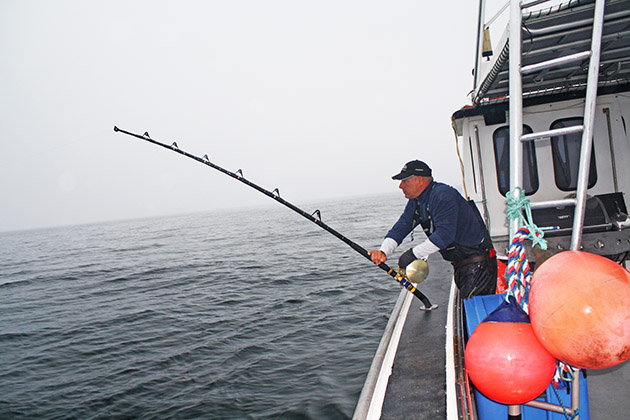 The commercial guy feeds his and his crew’s families with the fish they catch, they don’t catch fish, they either get out or starve to death, there is no gray area. Each fish that is caught brings money not only to the crew on board, but the guy who picks up the fish and trucks it to market, the fish broker takes a share the airlines that ship the fish to Japan, the restaurants and fish markets that sell the fish. The fish’s value increases each step along the way, and the time it has reached the markets in Japan, money finds it way into numerous bank accounts.

The $ 5,000 or so the boat gets paid for the fish is just a fraction of what that fish is worth by time it finds its way onto the plate of the Japanese consumer.

Who else benefits from this fish? The fuel company, the taxman, the boat builder, the ice man, the harbormaster, the fish brings value, pumps money into the economy every step along the way. The bluefin is the most expensive fish swimming in the oceans of the world for a very good reason, and the commercial fishermen who chase them have a huge investment in their gear and boats, they need the quotas allotted to them to survive.

The sport fisherman depends on his charter to feed his family, if he isn’t booked up, he either sells out or goes hungry, if he doesn’t catch fish he won’t get many charters. He also buys ice, fuel, builds boats, pays the taxman and harbormaster. The difference is his clients, where the fish goes to market with the commercial guy, creating income along the way. The sport fishing captain clients pump money directly into the economy. 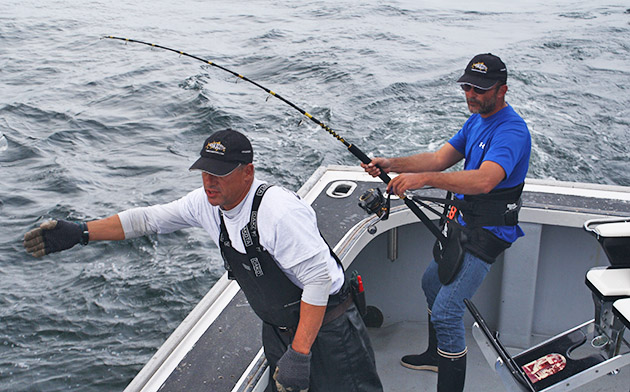 I just finished up a trip to Antigonish, Nova Scotia in August 2014 so here are some real numbers on what this trip has cost and the money we spent along the way, my two fishing partners came from West Africa for these 5 days of fishing, so their expenses are much greater than mine.

We are at $20,300 and this is with out factoring into the $10k or so spent on specialize tackle we all brought with us (granted this gear will be used in future fishing ventures), so lets stick with the 20k number.

The three of us spent twenty grand for five days fishing for fun in Canada, and we did not kill any of the fish caught those days, but released them back into wild where they are still swimming around where ever they may be.

Both Canada and the US benefited from our trip, and the fish is still alive, and that same fish will pump more money into someone’s coffers if it is caught again by either a sport fisherman or a commercial guy. I don’t care who you talk to as long as it is a fisherman and not an environmentalist, everyone I have spoken to on my last trip, tell me that 2014 has been a good year for bluefin. 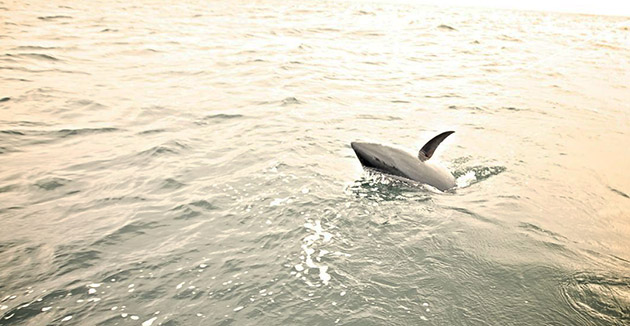 Heaps of tuna were seen by the harpoon boats this summer one guy in the Cape had a 14-fish day this year, and another harpoon boat from Perkins Cove who has a chirp down sounder in the tower told me he marked thousands of fish in just a single day in Wilkerson’s in June this year. The fish are out there, and showing up in herds again this year in the feeding grounds around PEI. While the migration patterns may have shifted, the American fisherman are figuring out where to intercept them, and the Canadians patiently wait for them to come to them. The system is not broken and does not need fixing, things are working fine for everyone, the smart move instead of special interest groups fighting amongst ourselves should have some basic understanding of each other.

We are all fisherman chasing the same fish, we are not each other’s enemy!

The bottom line is a bluefin is a magical fish and the fish holds value if it is sent to market or not. Who am I to say who should have priority over the other, I’m riding the fence on this one…