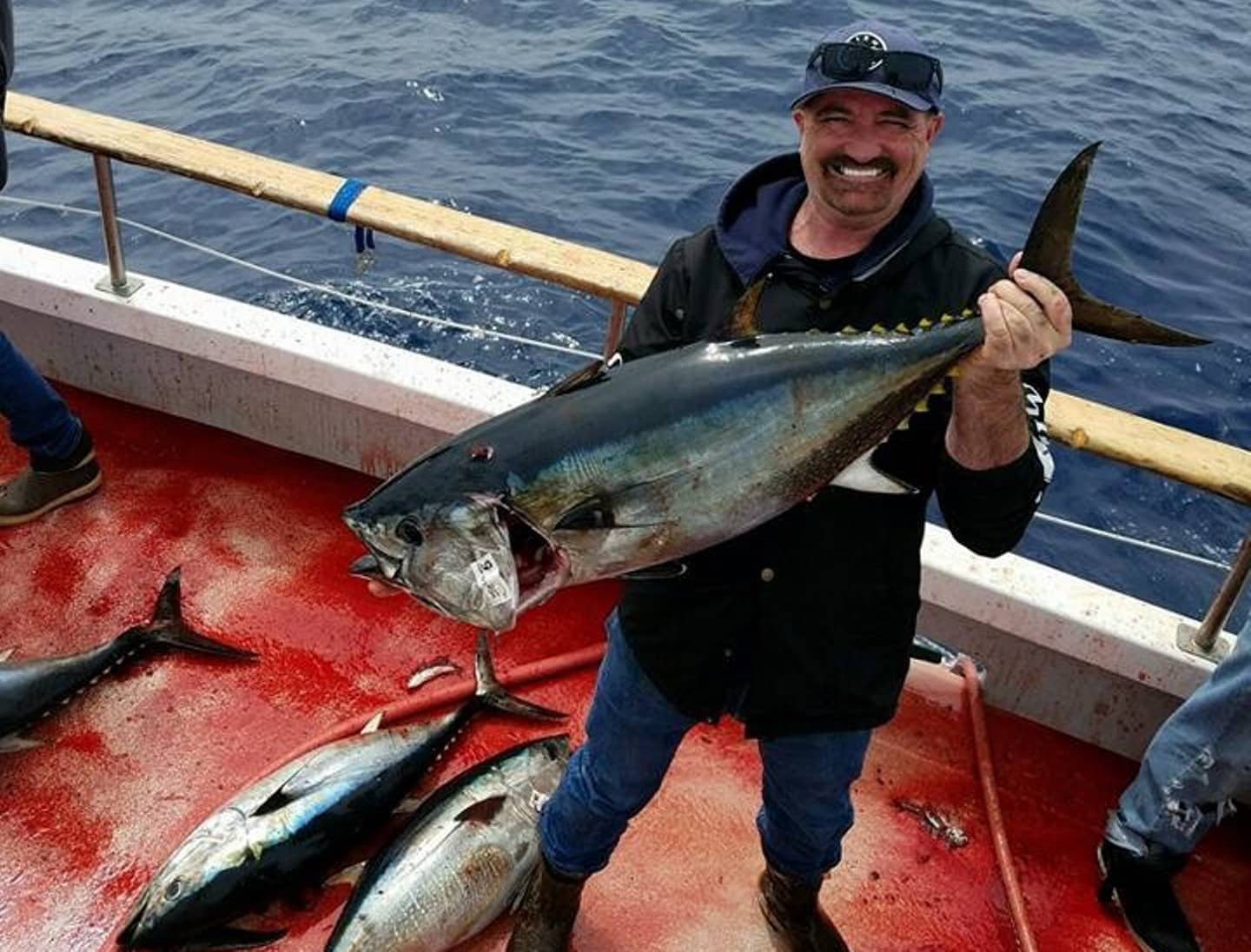 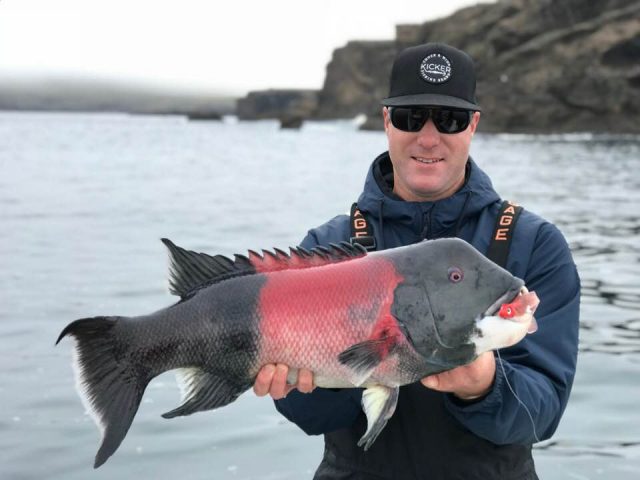 The good news is that last weekend’s weather forecast proved to be spot on and the fish bite was good in calm conditions throughout the Southern California Bight. The bad news is that if this weekend’s weather forecast proves to be just as accurate, widespread winds across the outer waters will limit angling opportunities. The weather man already walked back the rain forecast for Southern California, so I’m going to hope that the wind will be the next to go. Regardless of which way the forecast goes, I strongly recommend checking the marine forecast before venturing out this weekend. If you need a refresher course on interpreting the data, you can read all about it here.

Things aren’t looking too promising weather-wise on this week’s Navionics chart. As you can see, the Channel Islands are forecast to get some serious wind. If the forecast doesn’t back off, its going to be tough for sport boats to make the crossing and impossible for skiffs. The wind is also forecast to blow at San Nic and that stupid little island near it. I’m not sure if any boats are going to try and make the run this weekend but if you’re considering going, be warned that it’s likely to be nautical. San Clemente Island isn’t going to get as much wind as the other islands and should be fishable for sport boats but I wouldn’t be making the run in a skiff. Catalina, the Coronados and the coast should be skiff friendly for the most part all weekend. 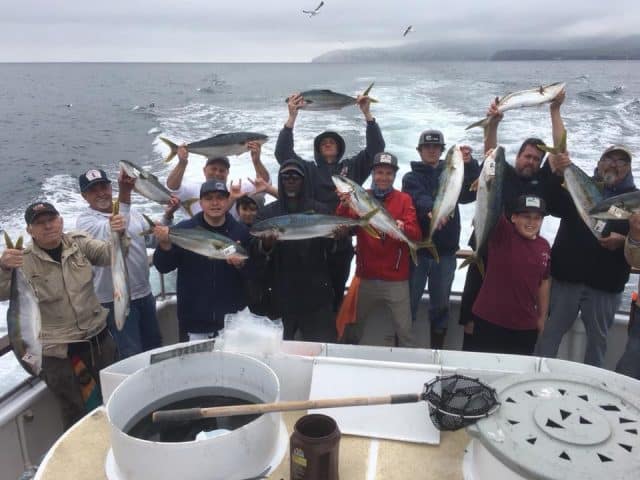 The big sheephead at the top of this report was caught by my friend Nick Tharp, who fished the west end of Santa Cruz Island on Saturday with Scott Summersgill. They fished boiler rocks all day and reported good bass fishing with lots of rockfish and a dozen big swimbait biting goats. Matt Kotch and I also fished up north on Saturday and targeted shallow water at Santa Rosa Island ending up with limits of rockfish, calicos and lingcod on swimbaits. You can read my full  fish bite report here.

Sport boats fishing Santa Cruz and Santa Rosa islands this week reported limits of quality reds and lings in deeper water. The Aloha Spirit took a look around in shallow water on Wednesday’s trip and came across the yellowtail pictured above before catching limits of rockfish. Given that the water temps up there are already in the mid to high 50’s, I doubt that a couple days of wind are going to do much damage to the conditions so I’d expect those yellows will likely still be around once the weather straightens back out. 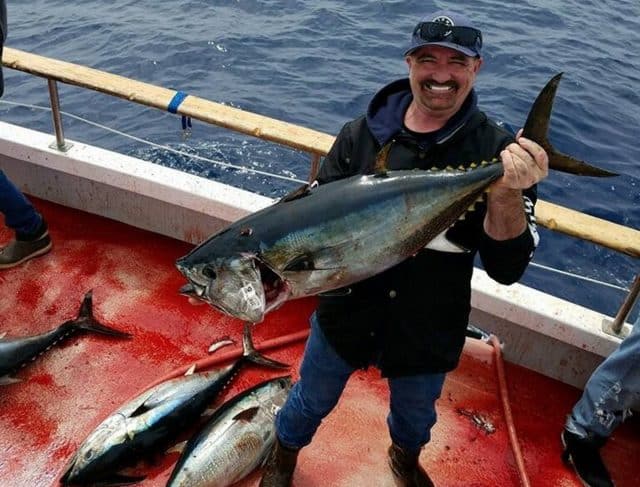 According to a report from the Thunderbird out of Davey’s Locker, the red crabs have moved in to San Clemente Island and made for a tough fish bite in some areas. Based on the boat catching limits of quality reds the last couple trips, it sounds like the areas without the crab are still biting. I haven’t heard word about whether the red crabs have moved in at Catalina, but the bass are biting and the yellows are too if you can find them. I spoke with Captain Gerry Mahieu who fished the island Saturday an he reported good fishing on calicos up to 8 1/2-pounds. He and his clients also got a shot at some yellows when a school came up chasing bait outside the kelp, going 2 for 3 on surface iron fish in the 12 to 15-pound class.

The rockfish are biting along the coast but it hasn’t been a flamethrower by any means.

The same holds true for the yellows at the Coronado Islands. The San Diego out of Seaforth Landing had 15 fish on Wednesday but boats missed earlier in the week. The weather down there should be fishable all weekend, so I’d expect some more yellows in the count. Finally, the bluefin are still biting in 1 1/2-day range but they are far at 140 miles from the point.The New Lo-An got them on their last two trips with fish ranging from 25 to 75-pounds. They are also seeing bigger fish down there so make sure and bring at least one rod appropriate for 100-pound plus fish in case those big fish bite. The weather will be windy but sport boat fishable down there this weekend.