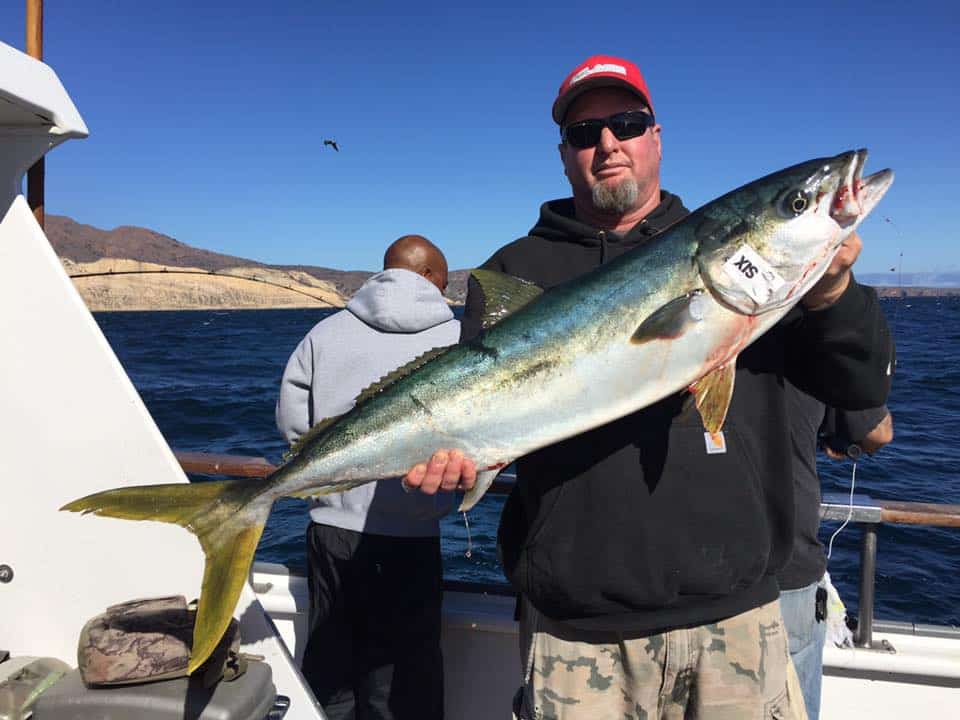 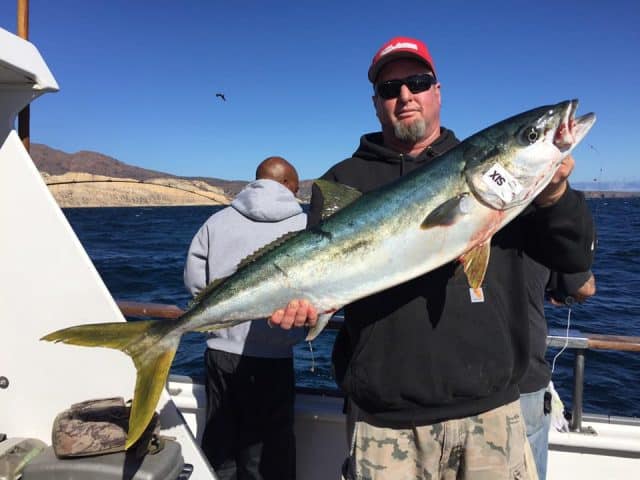 Early and late season full moons can be tricky when it comes to how they’ll affect the fishing, but the one we experienced on Sunday night was more of a non-event than most. The fish that had been biting going into the moon continued to bite and those that weren’t biting all that well bit a little better. With Santa Ana winds and warm weather forecast for the weekend, there’s no reason the fishing shouldn’t stay good or even improve in the next few days. 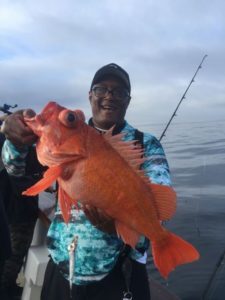 Since we’re transitioning into fall I’m going to go back to breaking up my report by region rather than strictly by inshore and offshore reports. Starting to the north, the rockfish are biting well for boats out of Santa Barbara and Ventura County landings and boast fishing Santa Cruz and Anacapa Islands are still getting an occasional shot at some quality yellows. The good weather this weekend should allow overnight boats to run to Santa Rosa Island and maybe San Miguel, so if you want to load up on some quality rockfish I’d look for a boat that’s making the long run. If you want a shot at a yellow, I’d suggest booking a full day or 3/4-day trip on a boat like the Aloha Spirit out of Channel Island Sportfishing. As I said last week, I suggest going into the trip expecting rockfish and hoping for a yellowtail because if you go in expecting yellowtail you’re likely to be disappointed. 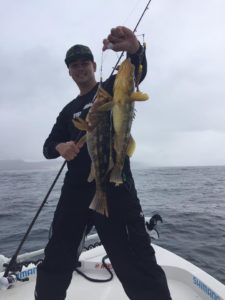 Working our way down the line, it’s mostly rockfish for sport boats fishing the coast from Marina Del Rey down to San Diego. Private boaters have a chance at catching some bass along the beach but they aren’t really biting all that well. I fished an SWBA tournament out of Long Beach on Saturday and in the 12 hours of fishing only landed 8 bass. I’m fairly certain that our bite was negatively affected by the pending full moon and am hoping that the bite will straighten out again as we come out of it. Anglers looking to catch some bass will be much better off making the run to one of the islands. Captain Benny Florentino of Coastal Charters took his group to San Clemente Island on Sunday and they had excellent calico bass fishing with a side of small yellowtail. There are also some bass biting at Catalina Island for private boaters but the 3/4-day boats fishing there are mostly targeting rockfish, bonito and small yellows. 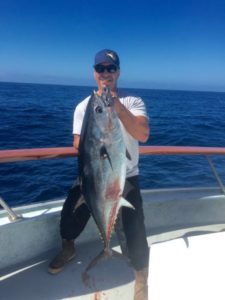 The bluefin tuna are still biting for boats fishing San Clemente Island but as was the case last week, this is anything but a sure thing. The key to success seems to be having a tank of live squid and a lot of patience. Boats running 1 1/2-day trips are reporting most of their bites coming very early or very late in the day with limited opportunities the rest of the day. Unlike the fish that were biting earlier, these fish are not being caught on the anchor so the boats are making drift after drift after drift for zero to a couple dozen shots at fish per day depending on how lucky they get. If you’re thinking about giving this a shot over the weekend I’d suggest doing at least a 1 1/2-day trip and would recommend going out of Pierpoint Landing or 22nd Street Landing as those boats are more likely to have access to live squid. Private boaters planning to head out there this weekend should know that the fish are spread out over a large area so you’ve got a better chance going off on your own than you do of drifting next to the sport boats. Just because they’re drifting in a group doesn’t mean that’s the hot spot, so just say no to gang bangs. 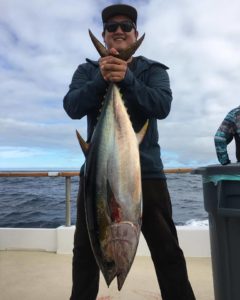 The yellowfin tuna are still cruising along the inner banks from the 14 Mile Bank down to the Mexican border but the bite has been hit or miss. Some schools will come up and eat 80-pound on the corner and other schools won’t touch a bait that’s fished on 15-pound fluorocarbon and a #4 hook. My advice to private boaters is that if you find a school that’s not biting you should leave it behind and go look for another. There are fish to 60-pounds in these mixed sized schools and if you do finally hook one on 15-pound you’re probably going to lose it. If you find the right school the fish will also bite poppers and jigs retrieved quickly on the surface. The San Diego and Dana Point based 3/4-day boats have been fishing these tuna with varying amounts of success this week as well. While there have been some lucky trips, the fishing is tough overall so if you’re going, just plan for a relaxing late season day on the offshore waters and you might be pleasantly surprised when the tuna bite.